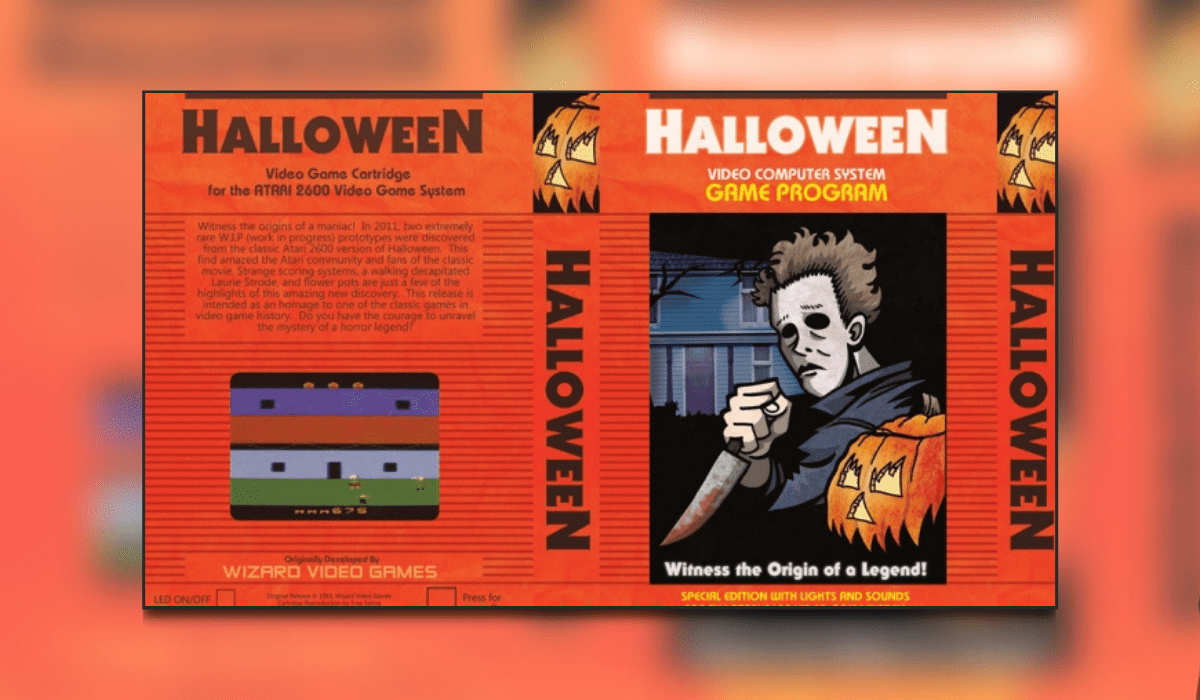 Halloween – Was That The Boogey Man?

It only makes sense to end our list with the game based on one of the greatest horror masterpieces of all time. It’s crazy to think that the Halloween franchise never got a video game. Well apart from the Atari 2600 video game. So if you managed to stick around all month for our 31 Days of Halloween I just wanna say thank you.

As I hope you’ve been enjoying these little features as much as I’ve been writing them. The previous day’s entry can be found here and you can also catch up with what the rest of the Thumb Culture team are up to on our social media. 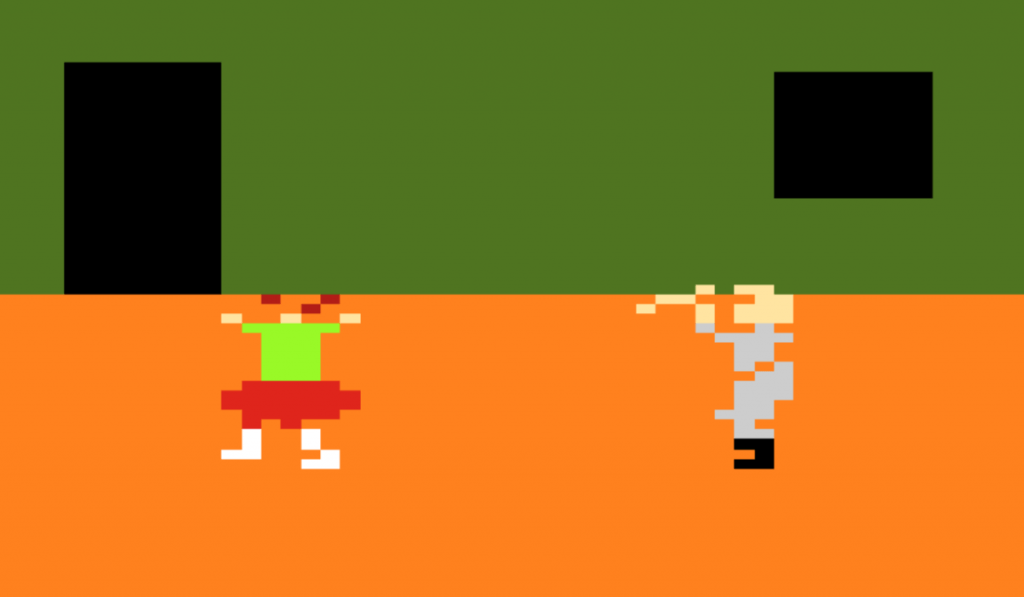 The gameplay of Halloween is a basic and simple as you can get. You play as the babysitter Laurie Strode and it’s your job to save the kids from Micheal Myers. The game contained more gore than the film, however.

When the babysitter is killed, her head disappears and is replaced by blood pulsating from the neck as she runs around exaggeratedly. The game’s primary similarity to the film is the theme music that plays when the killer appears onscreen. Which is actually really cool the first time you hear it but then gets annoying rather quickly.

You score points in two ways. One by escorting the kids to the end of the screen and by actually stabbing Micheal Myers himself. If you find a knife that is.

While the game really outdated in every way possible. It is a classic on the Atari 2600 and should be included in anyone’s collection.