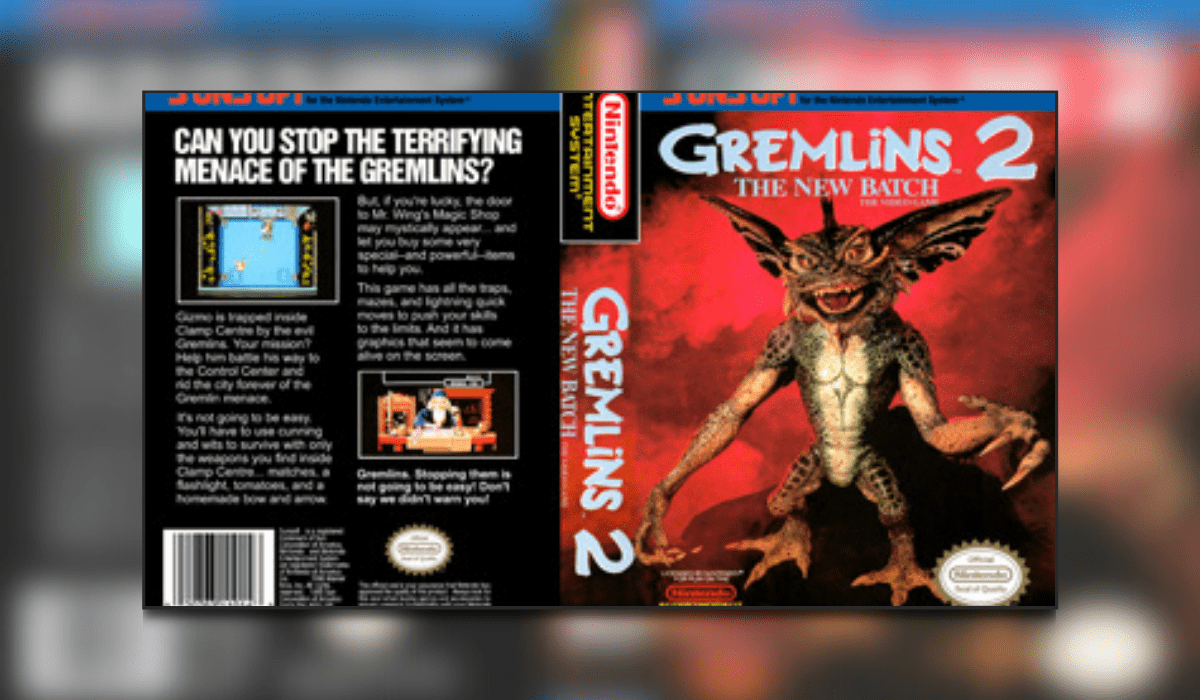 31 Days of Halloween – Gremlins 2. Day 21 picks up with the lovely little Gizmo and his evil counterparts. You do remember the 3 rules right? Developed and published by Sunsoft. Gremlins 2 was released on the NES, Game Boy, DOS, Commodore 64, Amiga, Atari ST, and ZX Spectrum in 1990.

While obviously, the movie Gremlins will always be superior to its sequel. Gremlins 2 was released on almost every platform back in 1990. This video game was absolutely everywhere once the movie was released. But does it fail as yet another video game, movie tie-in? If you are loving these little features then why not check out the previous entry here. You can also catch up with what the rest of the Thumb Culture team are up to on our social media.

Another movie tie-in we have for you here. Along with movies such as A Nightmare On Elm Street, Friday The 13th, Halloween, and The Texas Chainsaw Massacre. Gremlins 2 was also brought to home consoles. A lot of home consoles to be honest. Now while there are many that will say Gremlins 2 isn’t a horror movie and the game isn’t a horror game. The movie along with the game has some horror elements.

You play as the movie’s protagonist Billy and it’s your job to stop the evil Gremlins in every fun platforming level. While many will say the Amiga version is the best. The NES version is actually really fun as you get to play as the ever so adorable Gizmo himself as you try to reach the control center in a high-rise building.

It does have its moments of being just another cash grab but with some fun platforming and some great music. Gremlins 2 really isn’t that bad.