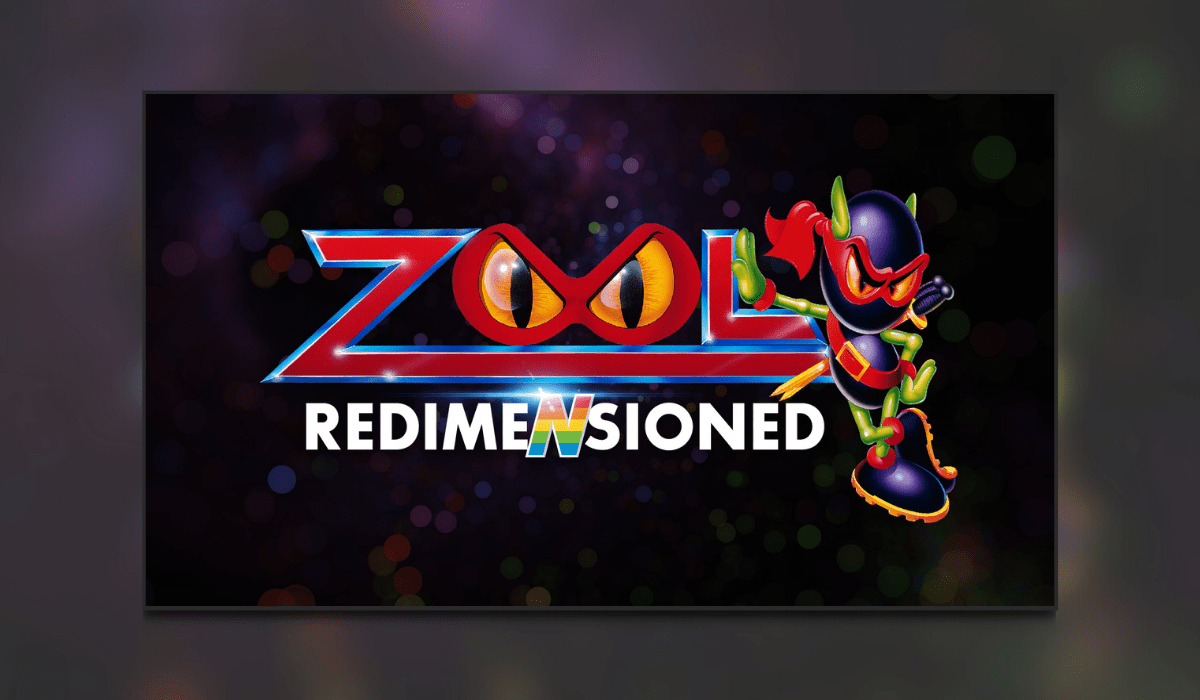 Welcome to my review of Zool Redimensioned on PC. Brought to us by developers Secret Mode (Snake Pass, Little Orpheus) and publishers Sumo Digital (Sackboy: A Big Adventure, Forza Horizon 4, Team Sonic Racing). We play as Zool, a ninja from the Nth dimension who is trying to get his ninja ranking. To do so he must pass through 28 levels whilst taking on enemies of all types, from bumblebees to licorice all sorts, and more.

Can Zool Redimensioned live up to the classic from Gremlin Graphics that was originally released on the Commodore Amiga? I find out below! Check out my previous review here.

Once we get into the game we’re introduced to the rather basic moves and skill set via a tutorial. Nothing too special here, jump, double jump, shoot, and slide. One thing I noticed rather quickly is that this game is missing a certain set of background items on the first world that was in the original. Chupa Chups. Now, this could be because of modern licensing or the ability to not be able to acquire permission to use the Chupa Chups logo in-game.

This is fine though, it doesn’t take away from the game in my opinion. The game still looks and plays great without these in the background. Now moving on from that one issue, that literally is the only issue I came across was Chupa Chups not being in the game. The rest of the game played absolutely incredibly. I did not experience any issues whatsoever whilst playing the game.

The level design is beautiful, full of sweet treats for players to pick up. Again, this is faithful to the original games level design. There is also a minimum requirement of say 50 sweets to be collected before you can move on to the next stage. There are also awards for completing levels below a set time, or with no deaths, for example.

The game itself is simple enough to progress through, just take your time, don’t rush. This will guarantee slow progress but you will not fail. Well, that’s the plan anyway. Just be careful of that dastardly little licorice all sorts walking around, the shots they fire are a pain in the backside to avoid. You’ll have to be quick to take one of these little guys down before they open fire.

Most of the enemies you take down are a rather simple one-shot and down type enemy. The only real exception for this is the end-of-act bosses. They take quite a few shots. You also need to be fast on these boss fights, ensuring you jump or slide out of the way of the boss attacks. Again though they’re fairly simple once you work out that trusty pattern.

Also, should you want to experience the original version, you can do so. If you go into the Extras menu, there is then an Emulator option. This will then boot up the Sega Mega Drive version of Zool for you to play!

The graphics are a true throwback to my younger days playing games on the Commodore Amiga, there we so many games I used to love with this style of graphics. Super Frog was another. Zool Redimensioned really is faithful to the original from 1992. Should you want to turn off the CRT and scanline effects, you can do this in the graphics menu. Unfortunately, there is only one option to turn both off, not one or the other. I left it on to keep that retro vibe about it.

Audio in the game also holds up well on a modern-day setup. The sounds have a high quality to them whilst not stepping away from the classic Zool a lot of us would have played growing up.

Zool Redimensioned will give you hours and hours of nostalgic joy. The game is just so fun to go back to play again and again. There may only be seven main “acts” to take on, but this game just reeks of so much nostalgia it will have you coming back for more and more, just like the original.

There are also 28 Steam achievements for players to collect, should you wish to do so. So these offer more replayability whilst you try to unlock them all.

Secret Mode has done an astounding job with Zool Redimensioned. I absolutely loved this game. Zool threw me so far back into my childhood that I was just amazed at how faithful it really is to the original. Of course, as mentioned it is missing Chupa Chups which I could see some people a bit disappointed with, myself included. But please, don’t let this put you off. It is a fantastic game.