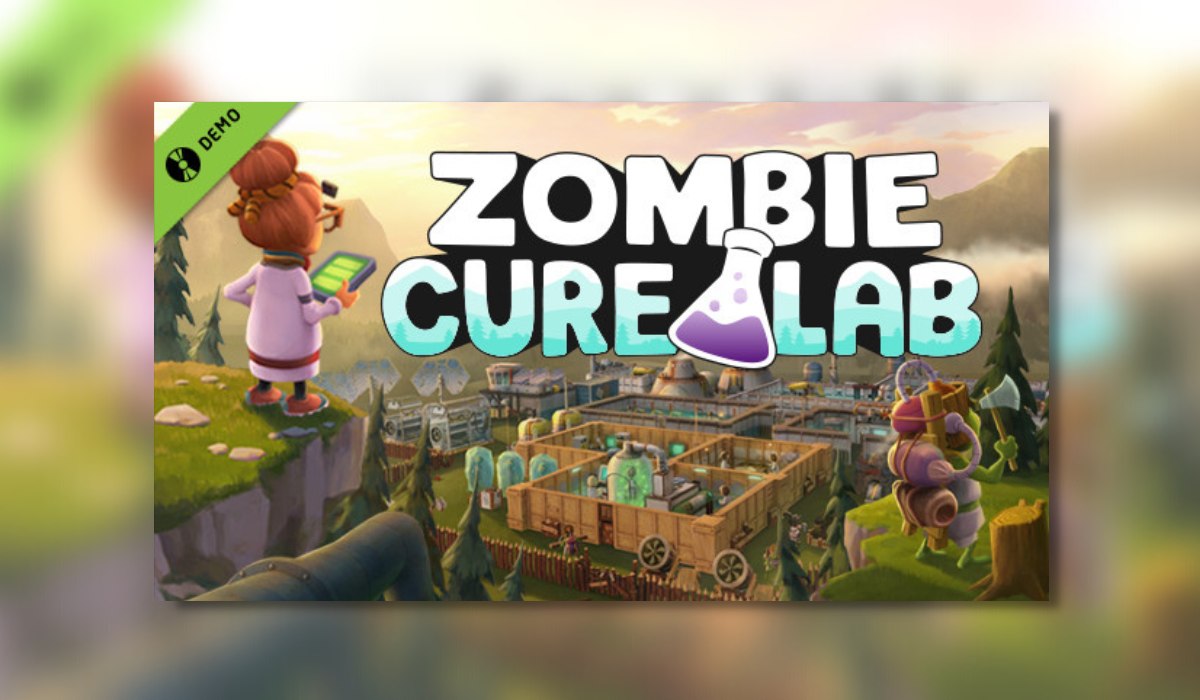 As the title might suggest, Zombie Cure Lab sees players capture and cure – not kill, zombies. So zombies are… friends…? An unusual twist on the concept of zombie games. One that I for one couldn’t wait to try out! Join me below to see my thoughts on how this concept played out in the early access demo.

As with most RTS base builders, players must manage resources and workers as well as survive enemy waves whilst building & expanding their base. Resources include food, wood, stone and metal – all the usual things we’ve come to expect from the genre.

Choosing the right starting zone plays a major part in your success, particularly in the early game. Using the resource tracker and zombie heat radar, try to choose a location that is bountiful yet easy to defend. Once you’re established, you can expand from there.

Zombie Cure Lab is broken up into levels. Unfortunately, the tutorial is heavy on the reading, not really what you want when trying to enjoy a new game. Perhaps more of a “do this, now do that” method would have worked better. However, this is just an early access build… Who knows what the tutorial might look like at the final release.

Following that, I also experienced a few bugs during gameplay – some of them quite major. For example, being unable to navigate during the tutorial level, made it impossible for me to complete everything. Thus, I went into the first official level only partly knowing the control system. Unfortunately, there is also a glitch present in this build where selecting “continue” (game) causes a funny coloured blank screen, and the game never loaded, so starting again was the only option.

In terms of the base building aspect, players need to be very hands-on with managing workers, especially for harvesting. Trying to manage the day and night work cycle while also ensuring each post is sufficiently manned at all times, balanced with the number of workers out gathering… is very tricky. Perhaps some kind of auto-fill AI logic might help a little? I’m sure as the game progresses, the devs will find a good balance and make updates.

I found the best tactic is to set up a perimeter and each night when the zombies attack, prioritise freezing/capturing zombies. This helps majorly as captured zombies can be turned into workers, which you can then use to capture more zombies, and so on. The cycle of life, so to speak.

Zombie Cure Lab uses a cute, friendly low poly art style to bring a friendly touch to the zombie genre. With bright colours and sims-like character prompts, this is definitely a feel-good zombie game, if such a thing could exist!

In terms of audio, there’s not really a great deal to say. The main menu has no soundtrack or sounds of any kind for that matter. Though it’s not clear if this is intended by design or a bug. When loading into Zombie Cure Lab, we’re met with a very loud Rooster cooing sound… Be sure to turn your headphones down for that one. Other than this, the sounds are what you’d expect from the genre. Background sounds for the ambiance of birds and zombies gently groaning as they stumble around looking for brains… You know, the usual.

Zombie Cure Lab is similar to Dyson Sphere Program, in that it offers players a certain amount of technology to strive for. Once this technology is unlocked, what incentive is there for players to keep on playing? This I do not know.

As I was unable to complete the technology tree (being an early access code) I’m unsure what the playtime of this one could be – but I reckon it’s pretty big.

Maybe the developers will add some sort of special game modes in future updates, allowing players some kind of editable sandbox mode? Bonus missions and objectives, competitions to win prizes or achievements, or in-game currency, like in Bloons Tower Defence.

Zombie Cure Lab brings a fresh, friendly take on the zombie genre, and redefines what a zombie game can be.

Although riddled with game-breaking bugs, please note this is an early access code and developers have been requesting feedback continuously throughout early access. Hopefully, these bugs will be resolved in the final build, and with some fine tweaking and minor adjustments for balance, this game has the potential for greatness.