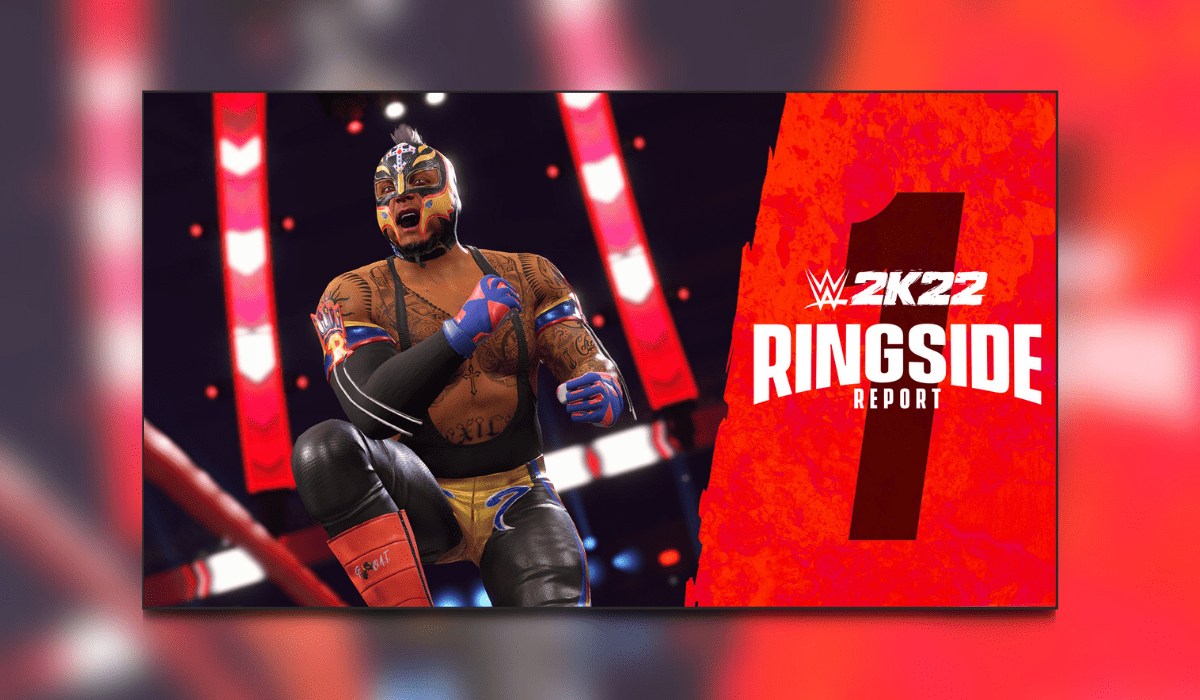 2K have unveiled a new dev diary video series Ring Report that will give some focus to the new features in WWE2K22.

Irish whipped up some fun gameplay

Starting now and continuing right through launch in March 2022, the ongoing series will offer some deep dives into the game’s features, mechanics and more. The maiden video in the series, aptly named Ringside Report #1, sees some of the Visual Concepts Dev team give some insight into some of the new gameplay features, design choices and new redesigned systems.

At the top of the feature, the team touched on the following tidbits:

The lighting on display shows the most photo-realistic character models and broadcast-like presentation in a wrestling title to date.

The main areas covered in the deep dive were:

The animations and moves have been overhauled and redone. Moves now connect more precisely, giving a more realistic feel to the gameplay and presentation.

The game will feature full integration of the Havok physics engine for the first time. This gives way to a more dynamic gameplay experience where items now break dynamically. Kendo sticks are given as an example of this where they fray more and more with use. Environmental elements like corner barricades now break in a dynamic fashion rather than the previous approach of relying on canned animations. Tables and chairs also break dynamically.

The control scheme is now based on 3 combat inputs

A simple engaging dynamic combos system has been put in place. Players no longer have to learn off move sets but by learning the right timings can execute combo moves.

New strategic defensive options called “Breakers” have been implemented into the gameplay. Grapples or combos no longer use reversals – instead, opponents use a Breaker by using the same button inputs as the attacker.

An all-new blocking system is now in place. By pressing the reversal button to enter a blocking stance players can withstand light, heavy and running attacks. You can counter the attacks faster than your opponent after blocking. With the right timing, it’s also possible to dodge using the right bumper.

The new HUD in WWE2K22 has been stripped back to give you just the right info you need. It has 3 main elements

The reversal stock has been removed this year in WWE2K22. Players now have unlimited reversals but they are a little more difficult to execute than previous iterations. This makes matches more back-and-forth as anyone can hit a reversal at any time.

The Stun Meter is now one of the biggest tools for pulling off the biggest moves without being countered. While lighter attacks don’t do as much damage they are better for filling the opponents’ stun meter. This lends itself well to some really strategic gameplay

At the end of the video a few more nuggets of info were given:

Check out the 9mins of gameplay with dev commentary for yourself in the video below. WWE2K22 launches on 11th March 2022, so until then keep your eyes pegged here for all the in-depth info leading up to launch.