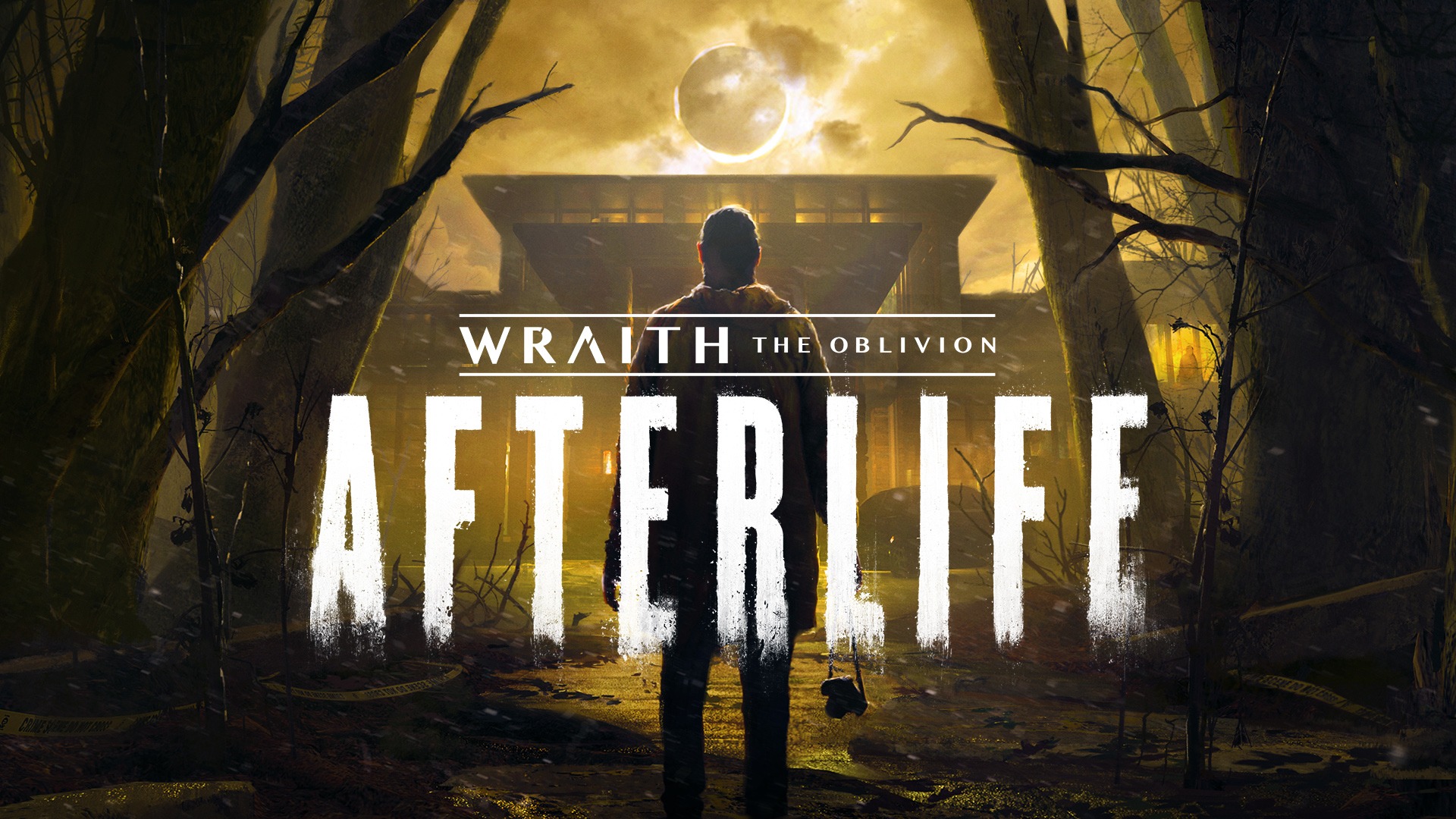 Sam, our Video Editor created this script for using as a written review. For his video review, scroll down to the bottom of the review.

Are you a fan of horror? Think you’ve got nerves of steel and aren’t bothered by things that go bump in the night? Then you’re gonna love Wraith: The Oblivion – Afterlife!

Developed and published by Fast Travel Games, Wraith: The Oblivion – Afterlife is a VR horror title set in the World of Darkness universe (the most popular name in this universe people might recognise would be Vampire: The Masquerade). You’re objective? Solve the mystery of your own death, uncover the strange happenings at the Barclay Mansion and escape. That’s right! You yourself are dead, a Wraith… and with your supernatural powers, must walk the halls, uncovering the truth and avoid other spirits which would do you harm!

Wraith: The Oblivion – Afterlife was released on the 22nd of April on Oculus Quest and Rift, Steam VR on the 25th of May and later this year on Playstation VR. The game supports cross-buy on Oculus platforms, so buying it on your Quest or Quest 2 means you’ll get a PC copy via the Oculus store should you wish to play it via link cable, virtual desktop or the soon to release air link.

Do you dare to enter the world of Wraith: The Oblivion – Afterlife

Have you enjoyed this review? Is it a title you’re going to pick up? Let us know your thoughts down in the comments

As mentioned, this is a VR horror game and you’ll find yourself running and hiding from other spirits that want nothing more than to send you to oblivion. This involves the aforementioned running, hiding in cupboards or throwing objects to distract them.

You start off pretty clueless as to what’s going on or where you are, but the game does a pretty good job at teaching you the core game mechanics. You start with a simple tutorial section and as you progress through the game, new features are introduced and taught.

You can always see your current objective at the press of a button and the story unfolds with some great voice acting and past events popping up allowing you to see and understand things that happened.

This isn’t an action-based game and isn’t full of jump scares (not that there aren’t some mind you) but what this game is, is atmospheric… There were quite a few times when the hairs on my arms stood up on end, I felt a pit in my stomach and I could feel my heart beating hard against my chest.

Going through the game I kept having flashbacks of playing the original Resident Evil for the first time… creeping down corridors, not knowing what I would find around the corner or behind the next door.

Something I did find annoying during my playthrough was hand to object collision. For the majority of things in the world, you can put your hands through with no collision. This would be perfectly fine and believable as you are a spirit after all, but with the ability to open cupboards and doors I’d expect that I could then push a door shut without using the handle. For small cupboards, this worked fine, but for doors, the only collision area seemed to be a small area around the door handle… Anywhere else and your hand would go straight through it, sometimes getting caught on the collision area itself as you pull your hand back through. This was annoying and broke immersion at times, especially when you were in a rush and running away from other evil spirits.

If you’ve played any VR title before that involves moving around and grabbing items, you’ll feel right at home with the controls!

The game supports all the VR comfort features and control methods you’d expect so if you’re VR legs aren’t quite up to scratch, you should still be fine.

I played through Wraith: The Oblivion – Afterlife on the native Quest 2 version and I thought the game looked great! For the game to have the visuals that it does and for it to run this well, is developer optimisation black magic! Honestly, the screenshots you might have seen do not do this game enough justice. The mottled glass effect is just amazing, curtains look fantastic and the lighting effects are just… wow. And this is on the Quest 2! Now, of course, the PC version can pull out all the stops with bloom effects, greater antialiasing, greater reflective surfaces etc, but honestly, you hardly notice a difference. While yes, looking at them side by side, models have greater details, there are improved lighting effects and it’s sharper, when I was jumping between the 2 and just playing the game, I really don’t notice.

Now even with the game being as visually stunning as it is, audio is where the game really shines. It is the audio that is often overlooked in games but in a horror game, it is vital at creating atmosphere. Wraith: The Oblivion – Afterlife will have you stopping at every sound you hear… dreading to enter a room and not wanting to leave your hiding space. Walking around and hearing a bottle smash, a floorboard creek or a door open will get your heart pumping and your palms sweating. You really get a sense of spatial presence just because of the sound effects and it’s a pleasure to behold… and terrifying too! Using the default, built-in speakers on the Quest 2 the sounds were still great, but if you have a decent pair of headphones, you owe it to yourself to wear them whilst playing this game… if you dare that is…

As mentioned previously, the story unfolds with seeing elements of what has happened within the Barclay Mansion with some great voice acting. Each character in the game is believable and the voices of other spirits can at times be downright frightening…

The game is about 6-8 hours but could take longer depending on how quickly you play. Throughout your journey, you’ll find items and other moments in time which will help fill out the backstory of the game. These are scattered and hidden around the mansion waiting to be discovered, some clear to see, others are hidden away. Some items you need to progress, but the others are purely there for lure and backstory. These items are stored in your memory palace which you can visit from any save point. Other than collecting everything, once you’ve completed the game, that is it. Yes, you can play the game again for sure, but there are no other modes or experiences. I was a little disappointed that once completed I couldn’t carry on exploring the mansion and trying to find all the hidden items. Loading up my save literally took me back to my last save point at the end where all doors are locked other than the ones it wanted me to take.

So did I enjoy this game? If it’s not already obvious, yes… yes I did! I’m not usually one to play a lot of horror games but this was, while tense… a lot of fun and an experience I would recommend to any VR gamer. It’s a great looking game with fantastic sound design, amazing atmosphere and a compelling story which will have you questioning stuff from the beginning and have you throughout the game going “oooooooo” and “ahhhhhhh”.

So from me, Wraith: The Oblivion – Afterlife gets the Thumb Culture Gold Award! 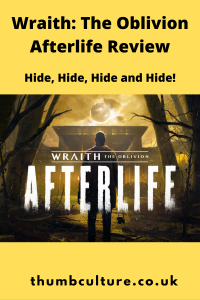