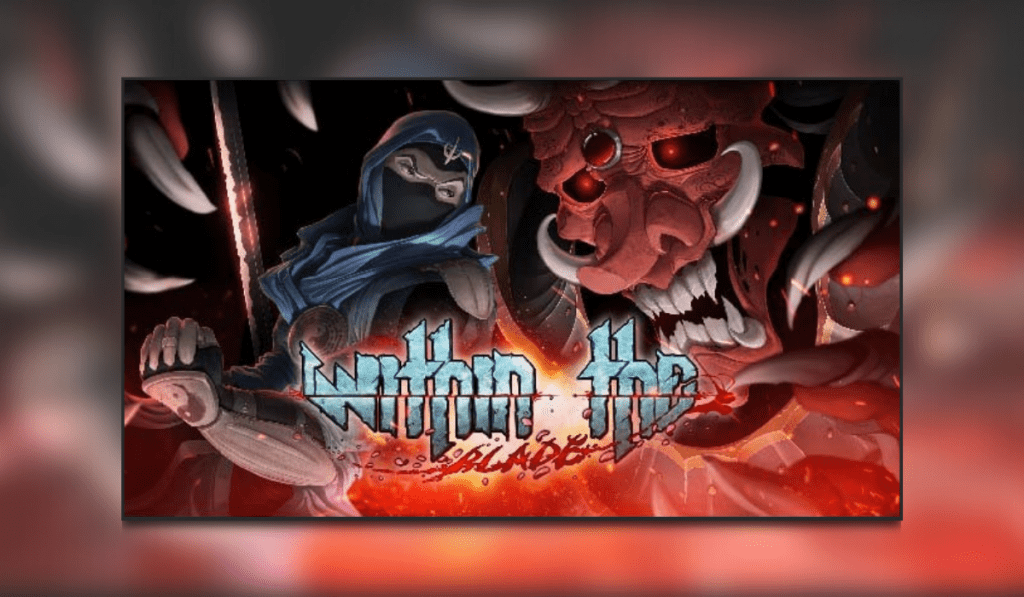 Its Retro, its 16-BIT and brings back all the memories of days-gone-by of sitting in front of a Sega Mega Drive as time flew by playing a certain 2D platform game with a blue hedgehog. From the indie house that is Ametist comes Within The Blade, a 2D jaunt around 1560’s Civil war-torn Japan.

Let’s just get one thing out of the way first. If this game looks familiar to some that is because it is. Ametist originally released this game on Steam under the name Pixel Shinobi: Nine demons of Mamoru way back in 2017, now in 2021 we have it renamed and released for Xbox

If you love this game and want to share your thoughts or just like this review, leave us a comment. We always love to know what you think.

At its heart Within the Blade is a 2D scrolling game, and everything from enemies to weapon drops is completely random. You get a very brief tutorial on the main mechanics of the game, but it is always worth skipping back to the Main Menu tutorial to get some handy tips on certain mechanics, such as opening chests!.

At your fingertips, you have an arsenal of ninja weapons from throwing stars to swords and bombs. I particularly liked the small RPG element which allowed you to go back to the village between the completion of each level to craft weapons, unlock new skills and fighting styles.

Because of this crafting and unlocking element, the game does a great job slowly introducing new enemies which require a different weapon and combat style. I for one was very grateful for being able to go back to the village to learn some new tricks!

The game doesn’t push you to learn combo tricks, in this respect, it is very much a button-bashing fighting game, however, some of the achievements available require you to not be spotted or take any damage, for those that play I wish you the best of luck with that.

In this respect it isn’t clear what you should do, fight or avoid, to complete the game you need coins/materials to craft (obtained by fighting) but the XP is given when avoiding enemies, this is something that can hopefully be tidied up on launch with a small patch.

Outside of the main story, there are also 23 individual challenges to get stuck into, should you wish to challenge your learnt ninja skills.

Being 16Bit, Within the Blade isn’t one that is going to be pushing the limits of your next-gen console. But Ametist has done a great job on the pixel art. I particularly enjoy the pixel blood splatters and the cut scenes.

Music-wise it’s an all in Japanese-themed affair which is great, building up as you progress through each level until you reach the boss, where its Japanese fuelled heavy metal style that fits perfectly with the game.

If you can master the controls, then I think you will keep returning to Within The Blade just to slash up some bad guys. And mastering them is the key to completing the game in full – I can see it taking at least 10 hours for the main storyline, that’s before you attempt to do the achievements and individual challenges.

I went into this game with an open mind and was very pleasantly surprised by it. Yes the controls are very hard to pick up, there are a few bugs to deal with and the Japanese to English translation at points isn’t great, but all in all, I really enjoyed playing the game.

Big thumbs up to Ametist for taking me back to the 90s and for that I award Within The Blade the Thumb Culture Gold Award!