What the Golf is a silly physics-based golf parody game developed & published by Triband and was released on PC via the Epic store on October the 1st, and stated as coming out soon on the Nintendo Switch. The developers declare that the game is made by people who know nothing about Golf and that it will not make you a better golfer, hence the catchline – “The golf game for people who hate golf”.

So let’s pick up our “tees” & “drive” on into this Epic exclusive & find out what it’s like. 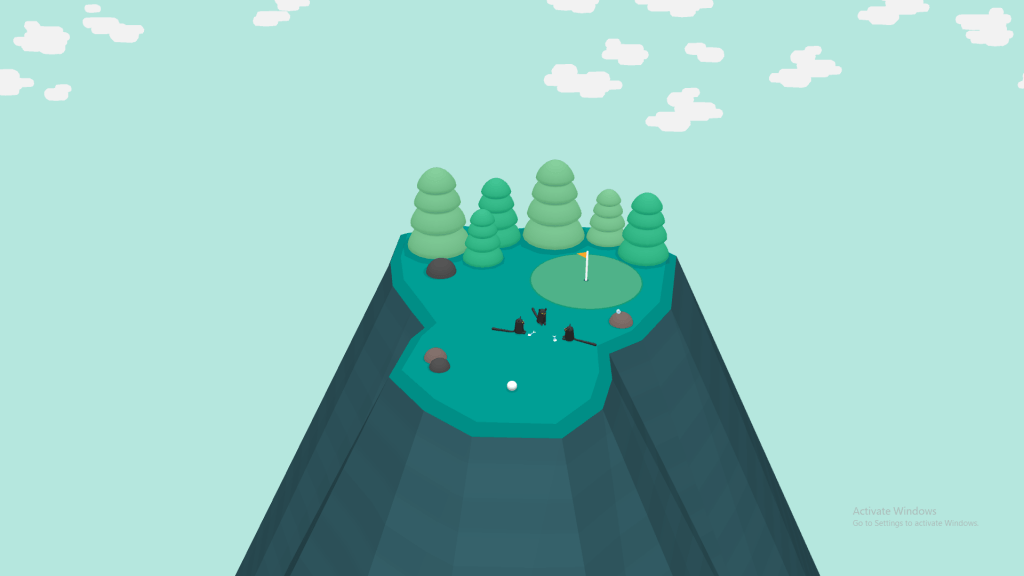 As I mentioned above, What the Golf is a parody game about golf, where each course you play golf on let’s say, is a surprisingly different type of golf to how you would normally play. It starts off just like any type of golf game, the controls are simple, pull back, aim and release the ball straight towards the flag, Simple right? Maybe not. The next golf course you do, in order to hit the flag this time it’s …the club? Yes, you fling the club across the golf course as you point your aim towards the flag. Sounds a bit strange? From then on it just gets crazier and crazier. The different implements you use throughout include a house, a car, a toaster, a bomb & even a horse? Yes, that’s right, aim the horse and watch as he or she hilariously flies through the air. That’s not the end of it, there’s more and more you eventually end up using. 16 times I have mentioned the word “golf” already in this review, let me see if I can use a different word instead.

So as you progress through What the “rhymes with” Rudolph game, which would be an entirely different game altogether, the levels get crazier and crazier. Sometimes you could be on a race track, in space, on the moon and even, and this was in my opinion a sheer delight of What the “rhymes with” Rudolph , I can’t even describe how good it was but, you’re thrown into another video games world that you would most definitely recognize. Levels like Angry Birds, Portal and the classic Mario are turned into a somewhat “swing-whatever-we-give-you” game, the way that Triband has done this is absolutely excellent I must say. 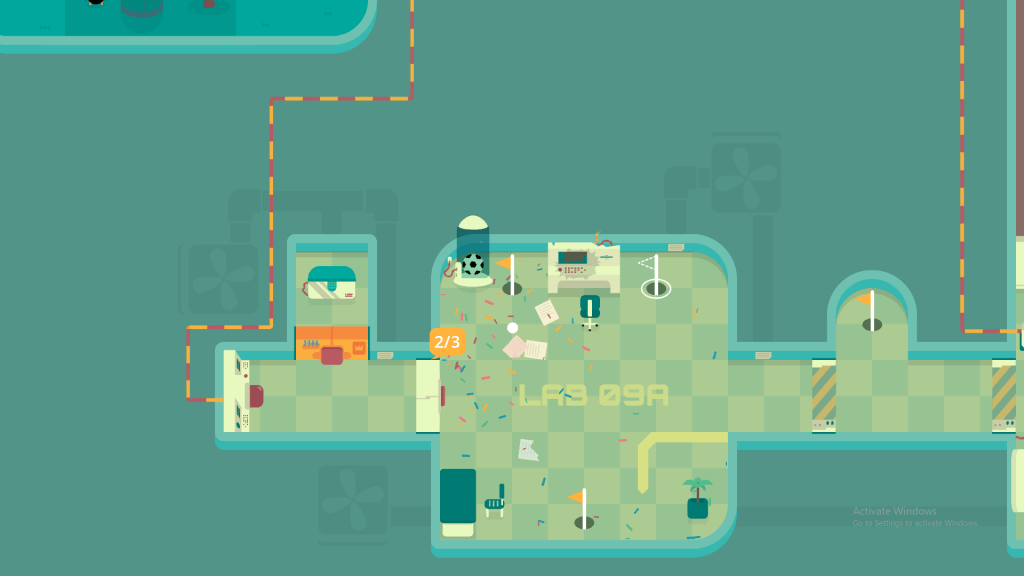 Outside the levels, you play a little mini “rhymes with Rudolph ” game in order to get around on the map which I think is pretty cool. The levels are numbered and you just simply hit the ball into the pocket to access that level. non-stop GOLF eh?

What the Golf visually looks really nice and the colours are very bright. The first thing that comes to mind is that it’s very green heavy. The sky is a kind of light green, the course is green, the edges are dark green and the putting green is a lighter green. All the other colours pop on the screen which makes things like the trees, cats, cones, flags & the mud mounds etc stand out well. I didn’t encounter any performance issues, but then again the size of the game is only just under 400mb so its very very small. 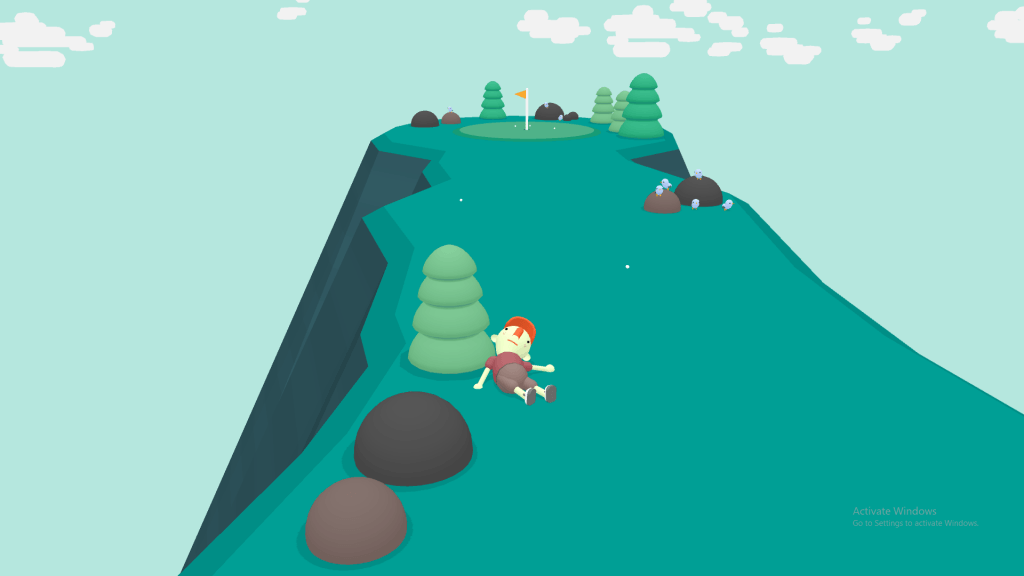 What the Golf audio is quite simple really and I am going to keep this short. There is a nice harmonic singing tune that is mostly played in the background, and as you complete each course this is highlighted with the sound of a round of applause. The other sounds you hear are the interactions on the course and the mini-golf game as you move around. You hear no narration during What the Golf but it is not needed.

What the Golf will take you around 7-8 hours of sheer fun to complete all the levels. You can replay the levels as many times as you want, and there are things to tick off like achieving “par”, and obtaining gold crowns on each level. There are times throughout What the Golf where you will need a certain amount of gold crowns in order to get through to a certain stage, so you would have already been accustomed to doing this. There are daily challenges & leaderboards which will entice players back to make sure they finish off levels as best they can & competing against friends. There is another mode called “Show to a friend” which randomly selects courses for you to play straight after each other, without having to use the mini-golf map in between. 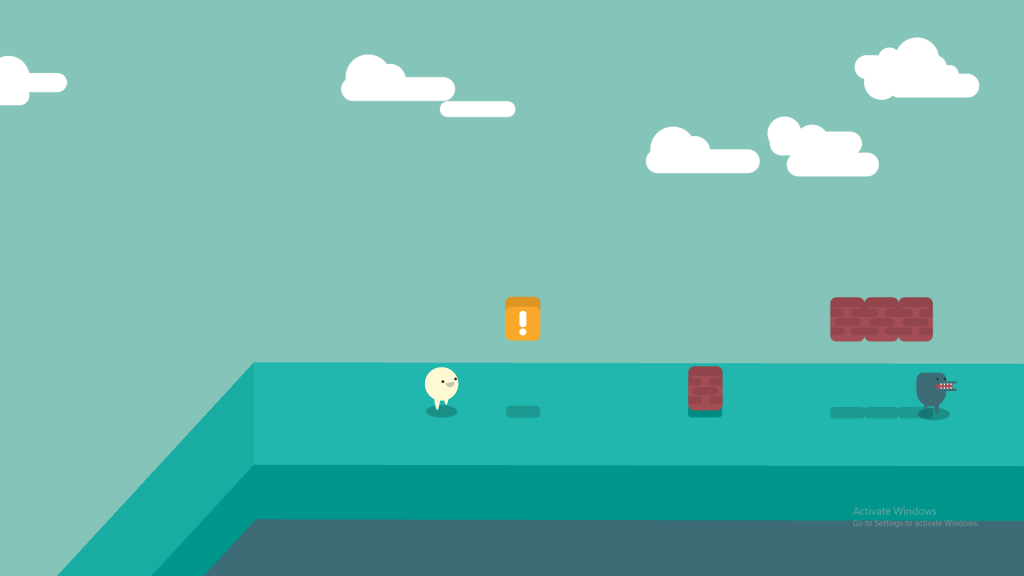 I really enjoyed playing this quirky, parody golf game wherefrom level to level you don’t know what the hell you’re going to be golfing. From swinging toasters to tv’s, to controlling missiles across the crazy courses to seeing games like Portal, Guitar Hero & Mario being incorporated into the game is a very very brilliant touch. Massive thumbs up to Triband for this. You don’t have to be a golf fanatic or someone into sports to enjoy this game. If you have a good sense of humour and like a laugh, then this is a MUST buy. There were many times I was shocked (in a good way) with what I was having to fling across the course, and this made me all that more excited for what was coming around the corner. I couldn’t recommend What the Golf anymore!!!

I am awarding What the Golf a Thumb Culture Gold Award!