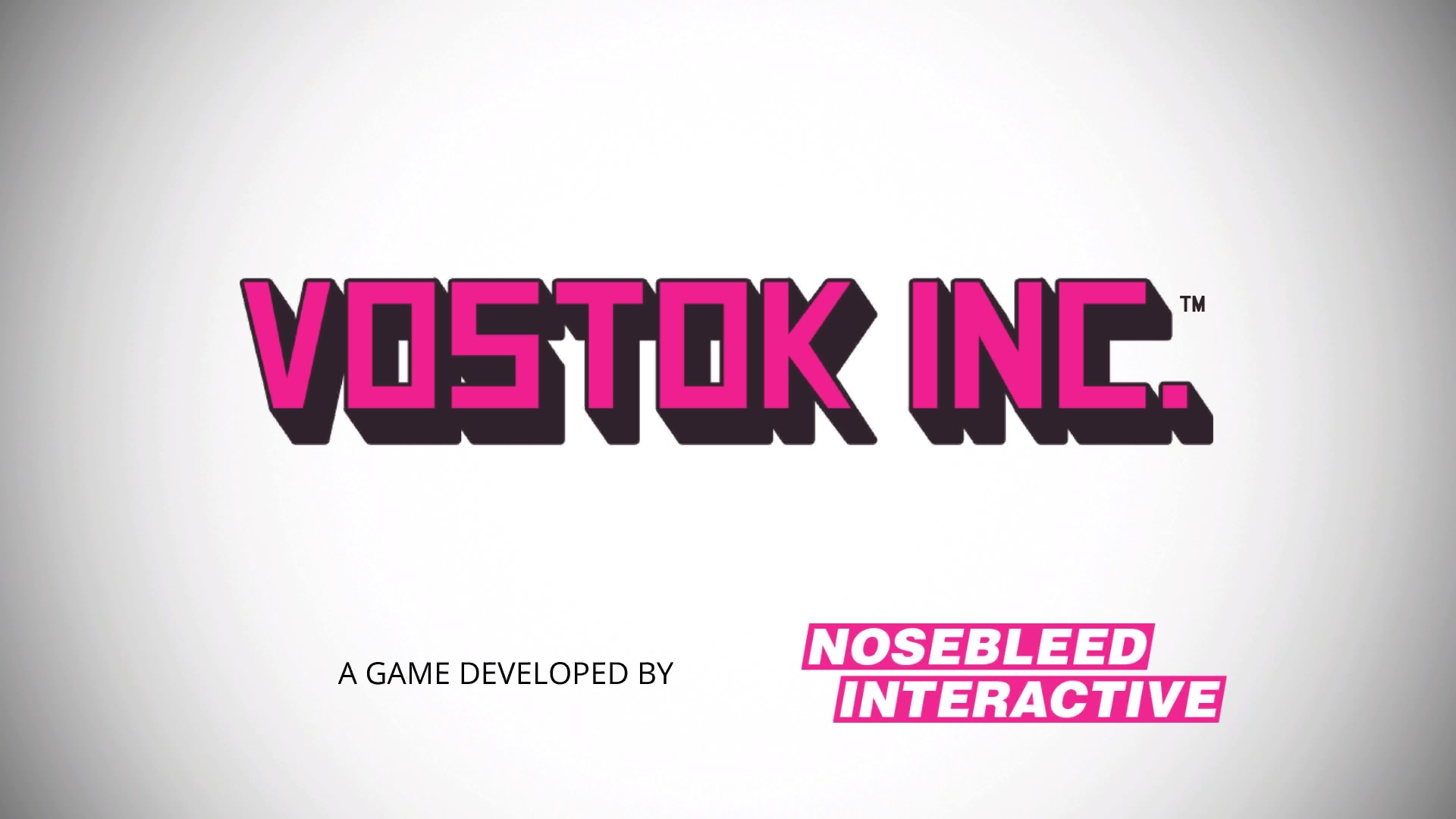 Nosebleed Interactive bring us their second offering, Vostok Inc. Build and destroy seem to be the main themes, build your empire and destroy your enemies. Seems fairly simple, but have the small independent company landed on the right planets? Time to fire up those boosters and blast into some space action.

Vostok Inc is essentially a twin stick spaceship shooter, however it’s not only a twin stick shooter. Vostok Inc is the company you work for, and companies like to make money. Vostok Inc are no exception. You get a basic introduction to gameplay, move this stick to move, and this one to shoot, press this button to boost etc… Warm those thumbs up, you’re gonna need them. The premise of the game is to get rich, you get moolah from shooting enemies and asteroids, so get shooting and inflate that bank account. The real money comes from cultivating planets with various buildings, build what you can and watch the moolah roll in. Go back and collect in once in a while or build an ATM in orbit to see the moolah rise. Purchase upgrades to make the moolah roll in faster. Moolah! Just love that word.

I must confess that I am truly addicted to this game at the moment. I have built on every planet in the solar system so far, and needless to say my bank account is fairly good. Pop to the mother ship for upgrades. Upgrade your weapons, ship and systems to gain the upper hand. IT COSTS WHAT?! OK, so not as good as I thought, I have just over a cool 1 million moolah, but upgrades can cost a quadrillion. After googling what a quadrillion is I think I need to up my game. Seems I need to beat the solar system boss and travel to another system to cultivate their planets. This is where the game got a little harder and more painful. I found the boss and attacked, my fingers going like the clappers, but I had a quandary. If I got too close I was taking too many hits, but if I stayed too far away my shots wouldn’t reach. After three breaks to rest my achy thumbs and cure my cramp I finally succeeded and the boss was dead. Onwards and upwards for me now as I repeat the feat in the next solar system. Show me the moolah!

Now we shall talk about Jimmy. Jimmy is your guide/tutor/colleague. Jimmy is as annoying as a fake news page and as irritating as thrush. Jimmy is the reason that you turn the volume down. There are only 2 positives to Jimmy. First he has the same sense of humour as me, so maybe just the one positive for the rest of you. Second, you can turn him off.

There are a few little frustrating things that just bug me a little bit. Firstly, the enemies bullets don’t seem to hit asteroids or indeed each other. This means that you cannot hide behind a large boulder safely, or indeed at all. Secondly, sometimes when you beat an enemy the screen stays zoomed in and it’s very hard to avoid collisions with asteroids. This was particularly bad when in my escape pod.

There are a number of solar systems to explore and conquer, so there is essentially and end point to Vostok Inc. It’s not just a case of making lots of moolah until you get bored. There are a few little surprise elements to the game. but if I told you what they were then they wouldn’t be surprises would they. All in all it’s just very good fun.

To succeed, be a horrible person. The premise that the game is ‘The Wolf of Wall Street in space’ is pretty accurate. You’re not playing to make friends, just moolah.

Vostok Inc has not tried to beat the competition with outstanding graphics, it has a very simplistic 80’s feel to it. I like that because I simply grew up in the 80’s. The interfaces are easy to read and understand, the ship looks like a ship and the bullets come out of the front. Why complicate it and try to be a game it isn’t trying to be? The only real criticism that I have is that in a big battle with lots of bullets and missiles flying around I do sometimes wonder where I have gone.

Are there sweeping orchestral pieces to heighten the suspense and create an atmosphere? Of course not, Vostok Inc isn’t trying to be cutting edge, it’s trying to be fun. Blasters firing, collisions with asteroids, buildings being thrown into place all have sound effects. These are essentially the main components to the game and everything is unrequired. Nosebleed Interactive have done what they have to do, they have fitted everything with the style of the game, even poor old Jimmy. I’ll not get started on him again for fear of a bullying case.

Vostok Inc has a retro feel to it, so essentially it already feels like it has been around for a long time. The mechanics of the combat can be found in the original Asteroids game, albeit with easier controls. If you like the combat mechanics, then just playing the game as shoot ’em up is great fun. I think this game will still be as enjoyable in years to come, the simplicity of picking it up and playing for a bit and not having to dedicate hours to missions means that it will probably sit in gamer’s collections with frequent revisits. I like Vostok Inc a lot and I will be playing it to conclusion. I confess that I don’t normally get that into retro games, but Vostok Inc has won me over. Prepare for time to pass at an alarming rate. Nosebleed Interactive have spent their energies in the right areas to make this game top rated for fun.