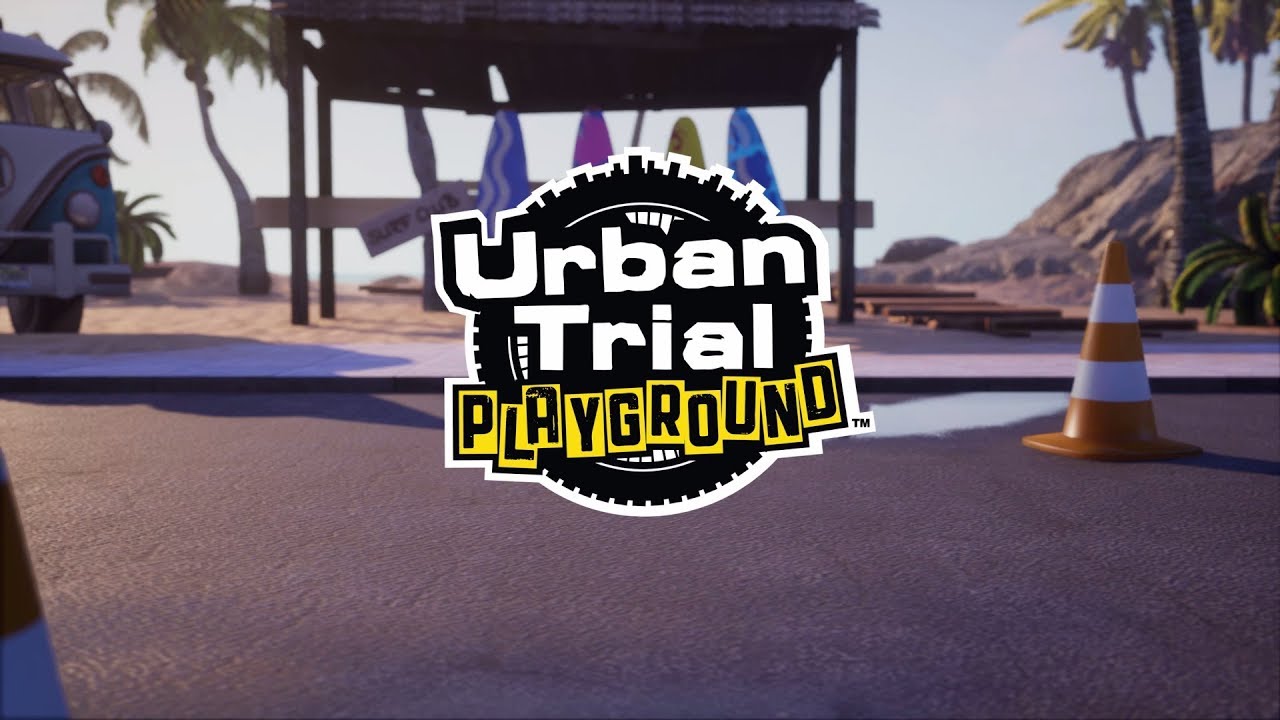 Urban Trial Playground is essentially the Nintendo Switch’s very own stunt racer. Developed by Teyon and published by Tate Multimedia you need to backflip and wheelie your way to the finish line. So how does the game play? Lets head a bit further down the page and find out.

Urban Trial Playground is pretty straight forward in essence. You take on a number of runs in beautiful environments along the beaches of California. With each run comes a new challenge with a number of criteria to both get those elusive 5 stars as well as some coin for you to spend on upgrades to both your bike and upgrading your bikers threads.

With the game being one of those easy to start, hard to master types you can rest assure that you are going to bail many many times. Add to that the independent front and rear brake allowing you to nail those stoppies, just be careful you don’t fall over the top of your handlebars.

Moving into the career mode, which in fairness is where you will probably spend the most time, you take on each run gaining 5 stars by either beating a target score, or target time. It’s those stars that allow you to move on and keep moving forward through Urban Trial Playground. Hitting those high scores is easy with each level designed to allow you to maximise your combos by combining skills and those big jumps. 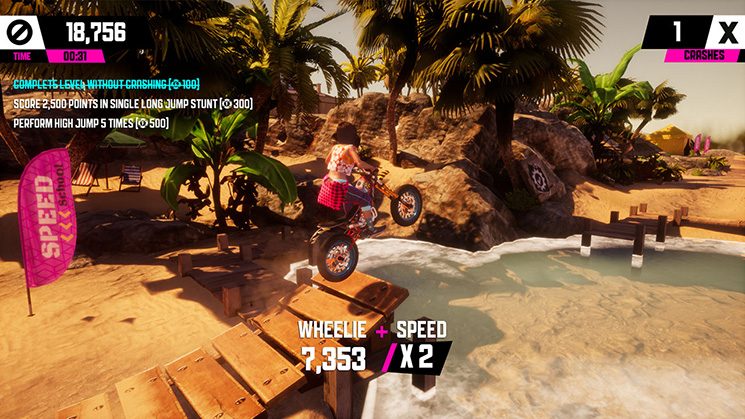 Thanks to the Switch’s build, you can take on your friends and family in local multiplayer on both Time Trial and Tag game modes. Then you have the Freestyle and Time Trial modes which allow you to post your high scores across the 50+ levels, or take on your own times in Ghost mode, trying to best your times by taking slightly different routes.

So the controls, well A accelerates, and ZL and ZR control your brakes. Then the left stick is used to balance your rider and to carry out those gnarly backflips, as well as front flips. With a couple of buttons assigned to jump, you can either use these single presses or alternatively by flicking down and then up on the left stick combines the dodge ability and turns it into a jump. Its your choice which was you decide to jump, personally using the R button is easier because there is less to time.

The graphics in Urban Trial Playground are bright and colourful and on the Switch hardware look great. There are destructable elements on some of the levels and these are rendered brilliantly. Its obviously not as good as you would find on the Xbox One X, but the hardware does a great job.

Bike models are great as well as the rider animations with you are carrying out those backflips. When you bail you are greeted with a nice ragdoll model and the bike usually flies off further down the level. 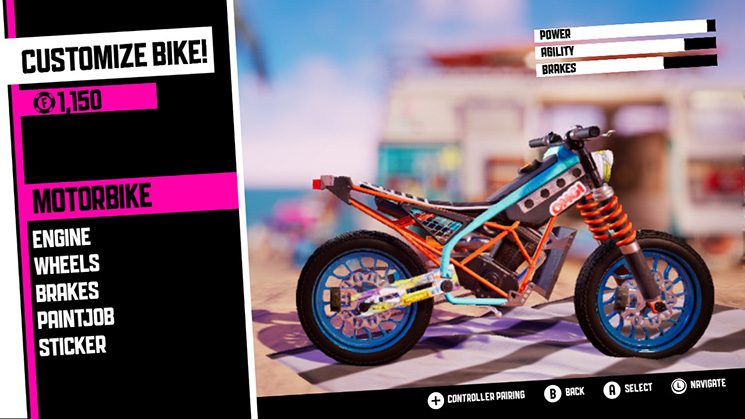 Constant noise is what you will come up against when playing Urban Trial Playground. Combining musical elements into the acceleration sound effects can get a bit annoying at times. In fact I turned the volume off after a while as the sound didn’t really aid in the gameplay in any way.

How long you keep coming back to Urban Trial Playground all really depends if you are the kind of person that likes to complete all challenges set before them, or just does the bare minimum to move on to the next level. 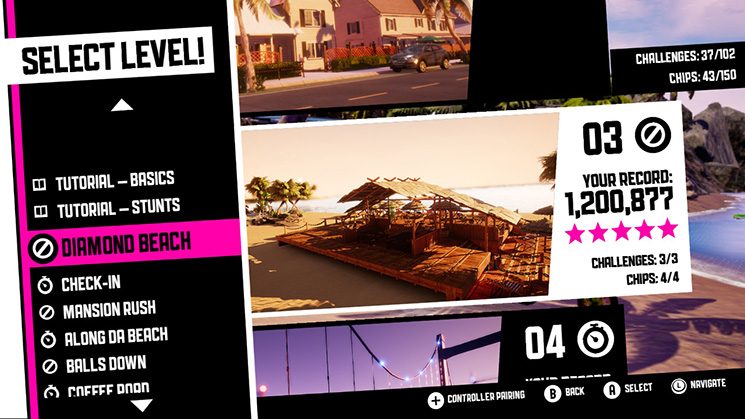 Some levels will leave you tearing your hair out trying to get through the level in a specific time, or beating that score. However, because the game is simplistic at heart you will keep coming back again and again to try and get all 5 of those stars. Add to that the local multiplayer it could become a game where you replay again and again, after all, when you get better at landing those tricks and getting those combos, the game is pure poetry in motion.

So should you buy Urban Trial Playground. Well if you just enjoy good fun, then I think you would be silly to miss out on this one. It’s so simple to pick up and play, you just have to be brave to decide if you are going to hit that backflip off the top of a ramp, or simply just get big air. Urban Trial Playground receives the Thumb Culture Gold Award.