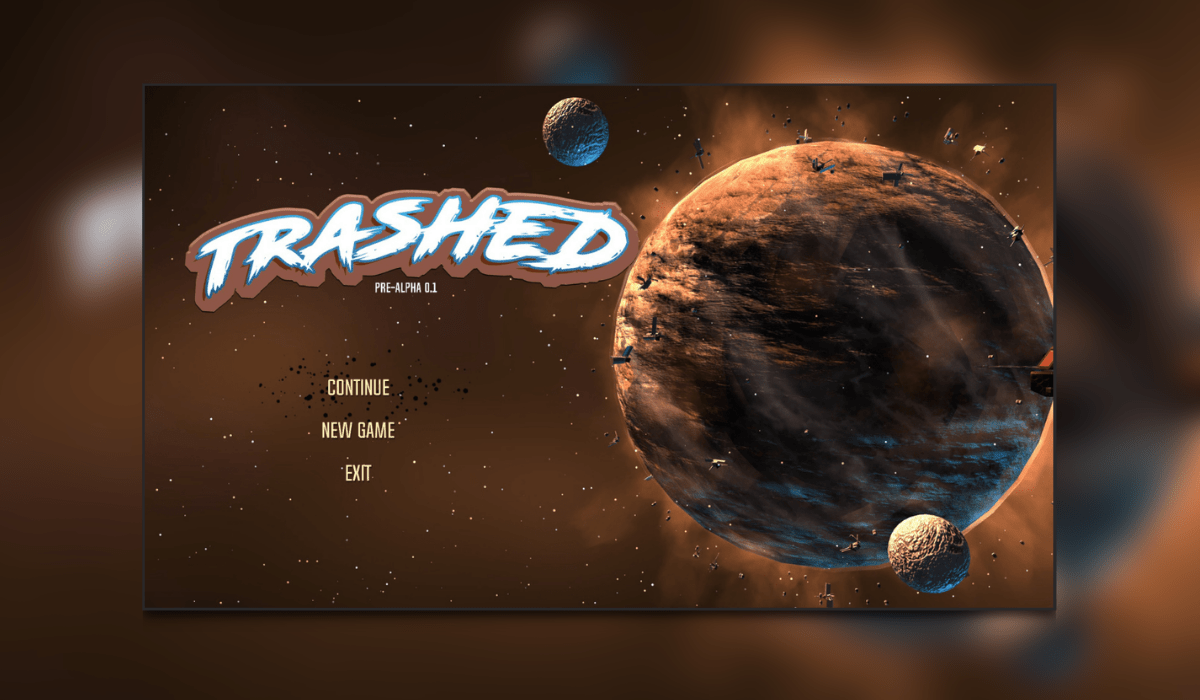 Trashed (also known as Wasted Worlds, so I’ve seen) is an action-adventure game that is currently in Steam Early Access. It is brought to us by developer Josh Presseisen (Metagroove) and publishers Crescent Moon Games (The Deer God, Metagroove). This game is in the very early stages of early access (pre-alpha v0.14 as of writing this), so please bear with me whilst I explain the pros and cons of this game at its current stage of development.

So how does Trashed play so far? Will it belong in a pile of garbage or can it be recycled to give it some shine? Continue reading to find out. You can read my previous article here.

Okay so please bear with me on this one, this game is currently in a super early version so bugs are to be expected. To be honest, the bugs I have experienced have soon been fixed by the developers of this game with frequent updates.

When you first start Trashed, you’ll see the controls on a loading screen as your planet prepares itself in the background. Once in, you’re greeted by the foreman who seems pretty peeved at his boss at Mega Dump Corp. Now it’s our turn to build a ruined outfit into a thriving business all whilst restoring the health of the planet. You’re then told to move along and collect a contract. There doesn’t appear to be a proper tutorial just yet. Some of the contracts you take on involve killing stuff, such as 3 sand crabs. But this didn’t seem to work for me when I tried. Currently, there is one weapon and a trash blower for you to find and equip. The trash blower makes life so much easier for collecting your trash into the incinerators.

Aiming weapons and the trash blower is fairly simple, this is definitely a good thing. Speaking of aiming this leads me on to controls, of which I can not see how to change key bindings in the menu. Again I hope this comes later. Whilst playing the game particularly when trying to build, I noticed the game asks you to press action button 1 or action button 2. But as you can see in the above screenshot, these aren’t listed. So I was literally pressing all keys on my keyboard to try and find them, I eventually did and I believe action 1 is E and action 2 is R.

This leads me to the building. I initially couldn’t find a way to rotate buildings such as power cables and conveyor belts, however, this is actioned by scrolling the mouse wheel. There’s also a vending machine in the main building in the game which contains different diagrams for you to purchase. Diagrams are basically your “blueprints”, the objects you can build. There are a few different building types with more to come later.

I have experienced a few bugs in this game, but that really is to be expected this early on in the development of a game. One of the bugs I came across was I couldn’t interact with anything such as trash. I couldn’t pick it up, nor push it around, nothing. However, a quick restart of the game did fix this. So it’s not like it broke the game for me entirely, just took a minute of my time to get around it. No biggy.

In the Trashed Discord server, Josh has told members about the development roadmap. Josh is always updating this also to keep people informed of what’s being targeted for the next updates. I feel this is a fantastic way for the devs to communicate to the player base.

Trashed is built on the Unity engine so has the potential to work really, really well. Currently, the graphics aren’t too advanced, but they are nice! However, the graphics can be improved throughout the early access development if the devs want to do this. For that reason, I don’t want to knock the graphics in this game because there is a lot going on at times, I feel if the graphics were too complex, the game would be awful to run for a lot of PCs. When I first played the performance of this game was brilliant. But, an hour or so in and it basically drew to a halt. As more trash dropped into my world, the worse it got. It got as low as 3 frames per second which rendered the game completely unplayable.

This has been fixed in updates to the game. I loaded my save in which had hundreds of pieces of trash on my screen. I am now getting approximately 90fps. Great work!

The only real thing I found annoying about the graphics is the “film grain” that appears to be over the screen that I can not disable in the menus. Audio isn’t too bad in this game neither. Sound effects are quite good, the boom of a new spaceship arriving to drop trash off on your planet sounds pretty cool. The crack of a trash bot that appears is pretty awesome too.

I can see this game lasting many, many hours once it has more content in the game. However, in its current condition, it won’t last too long as you’ll get frustrated with the building and controls rather quickly. But there’s plenty of time for these to be improved, which I am looking forward to.

At its current stage in development, Trashed is good, but not great. This game does has a lot of potential, so if you get it, just bear with it. I will definitely continue to visit Trashed and check out the updates, but it’s certainly looking promising. Because this is early access we don’t give awards. But if I could it would be silver at this current level, with a high potential of going to gold later on in development, possibly even platinum! 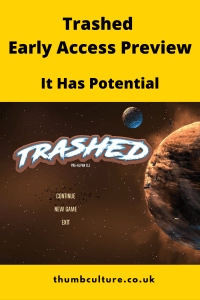