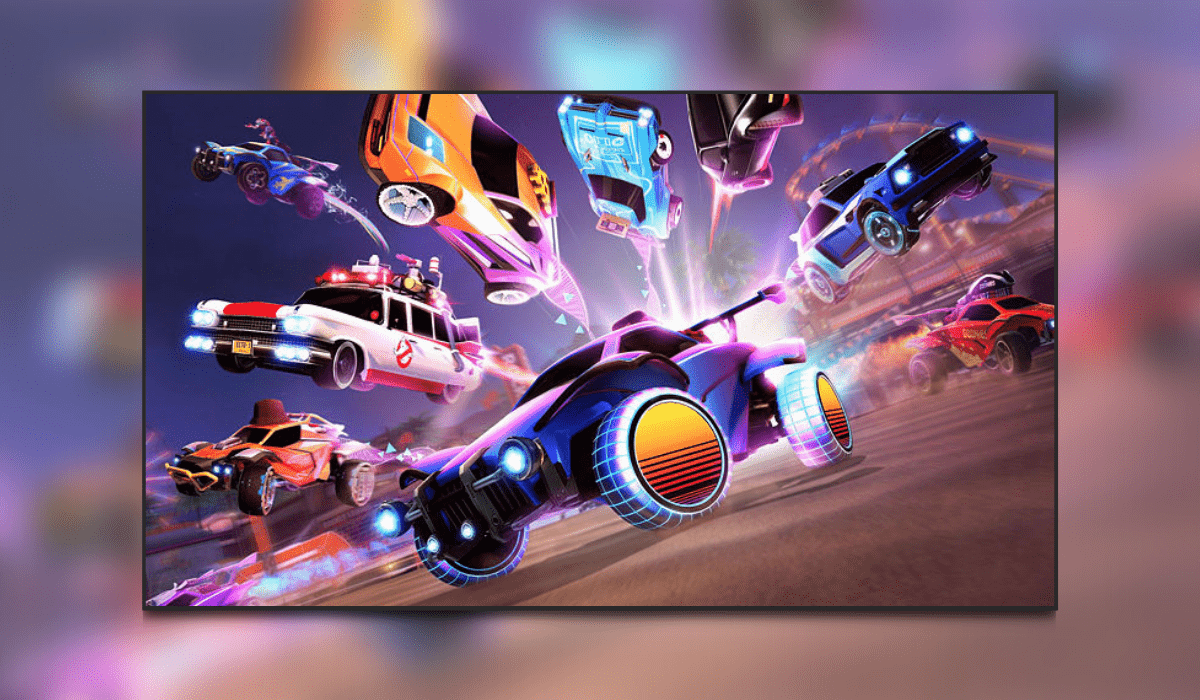 Rocket League is one of those games that people love to hate, but also hate to love. Previously known by the more catchy title Supersonic Acrobatic Rocket-Powered Battle-Cars. It is a title that most people have in their library these days. Some gamers will pick it up have a few games and put it down due to the game mechanics. Some gamers are so competitive (on the non-competitive modes might I add) that the games become saltier than the sea. However! Rocket League also has the gamers in between that love a bit of competitive action, however, they also play it to have fun.

So when I said in no particular order, this is probably my favourite. I have always been a huge Ghostbusters fan, to the point where I think my next PC build will have to be Ghostbusters themed with a water-cooled system. Obviously, the coolant would be green to mimic ectoplasm. So back to Rocket League. I loved the look of the cars that came as part of the Ecto-1 Pack. There is nothing not to like about it. How awesome is it that you can drive around the Rocket League stadiums in what could quite possibly be one of the most iconic vehicles of all time? Obviously, the Ecto-1 was available with red detailing or blue to fit with the teams in the game. I would be sticking with the red, however, it’s all a personal preference. 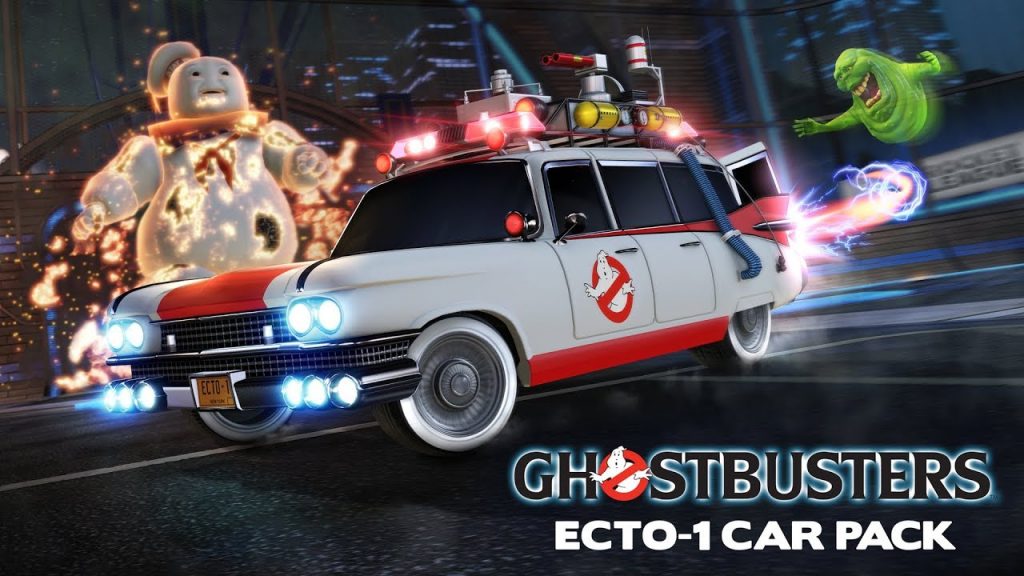 Without any surprise, the Jurassic World car pack made my list. Again heavily influenced due to the films I watched growing up. Obviously, the car pack didn’t feature the classic on-rails Jurassic Park 4×4. However, that did not stop this collaboration from being amazing. The Jurassic World Jeep, like the Ecto-1 came in red and blue. I have to admit I am drawn towards the red one more. However, they both look amazing and still scream nostalgia at me despite them being a Jurassic World release and not Jurassic Park. 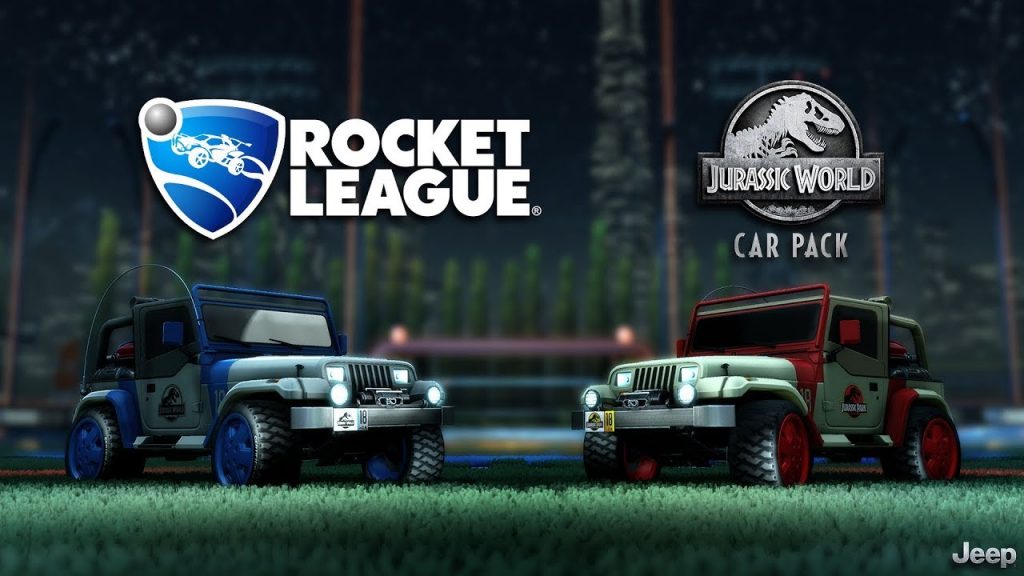 Surely by now, you knew this one was coming, The almighty Hot Wheels collaboration. When this game was in development, they must have been thinking we have to make this happen. This is the franchise that was made to be put into Rocket League. With the awesome design work that the cars bring they fit seamlessly. As a part of the Rocket League Car pack, there was Twin Mill and Bone Shaker. Both of which are pretty iconic in the Hot Wheels collectors world. I remember my first Hot Wheels cars and I was ridiculously excited when I got to buy my son his. And yes, I still enjoy racing them around the room just as much as I did when I was a kid. This is another reason they have made my Top 5. 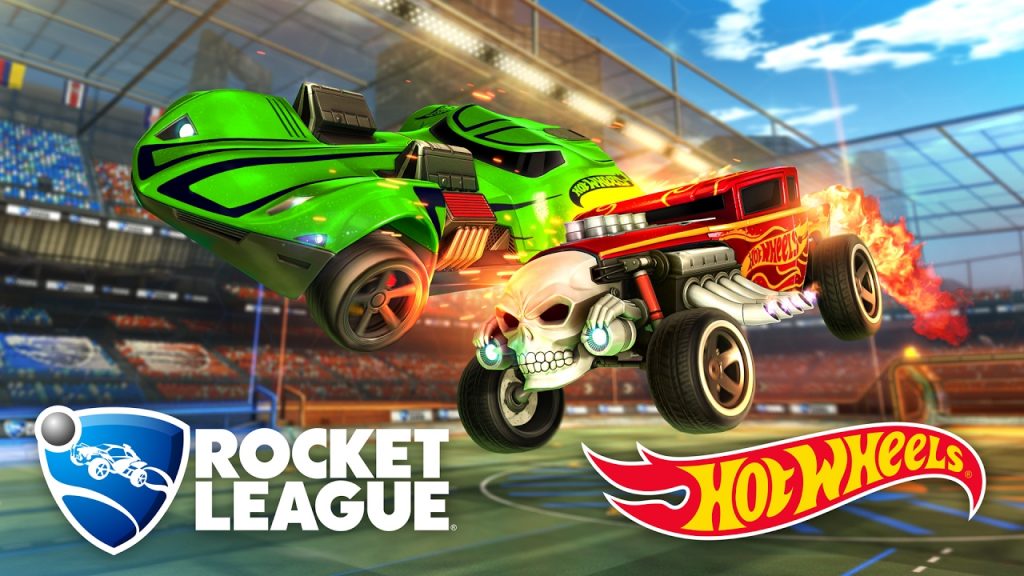 This one surprised me quite a bit. Although Twisted Metal is a popular title, it was something that I thought was long gone. So when I finally added Rocket League to my library and found this I was in awe. I absolutely loved Twisted Metal when I was younger. It was my go-to game when I had friends over and we would spend hours just battling away. It would have been awesome to see more cars as part of this pack, however, Sweet Tooth is probably one of the more well-known vehicles. Unfortunately, this was only a Playstation exclusive. It still is however a vehicle I wish I owned in the game. Available in two colours to match the teams, both of them looked epic. 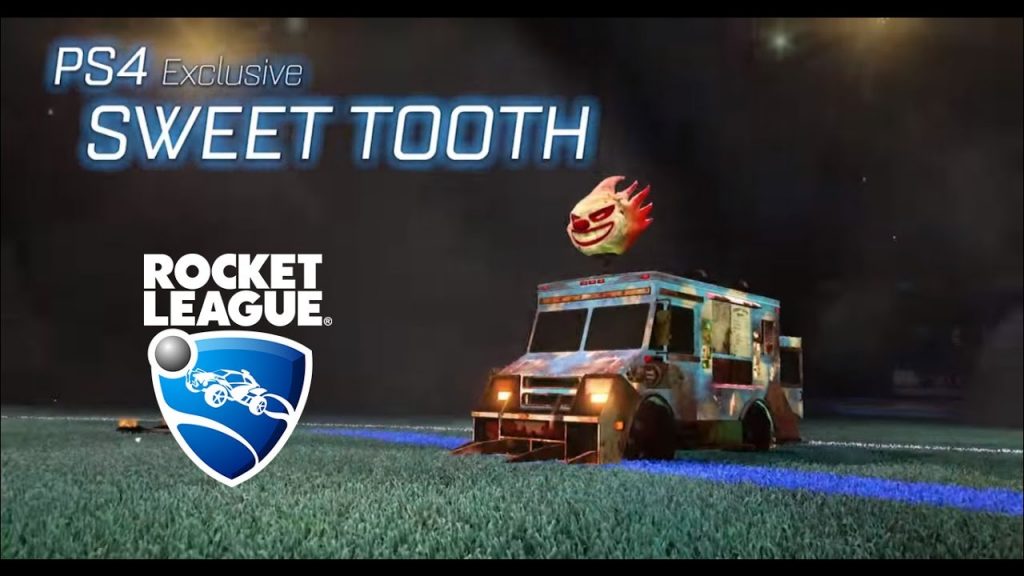 Despite not being what I would call an avid F1 fan, I have followed it pretty much my whole life. As a child, my dad has a ton of F1 history VHS tapes which we watched together. Then when the Formula 1 world lost Senna, it gradually became a Senna VHS library as well. We had a powerhouse of  VHS tapes, unfortunately, none of my friends were interested in it. So for me, the F1 car pack made the list for many reasons. The fact it was the one thing my dad and I used to watch, getting up at stupid o’clock to watch the overseas races to the fact that they look absolutely stunning in Rocket League. With a couple of liveries available, there was something for everyone, even someone who wasn’t a fan. I admit they do look slightly odd zipping around the arenas but they are amazing. 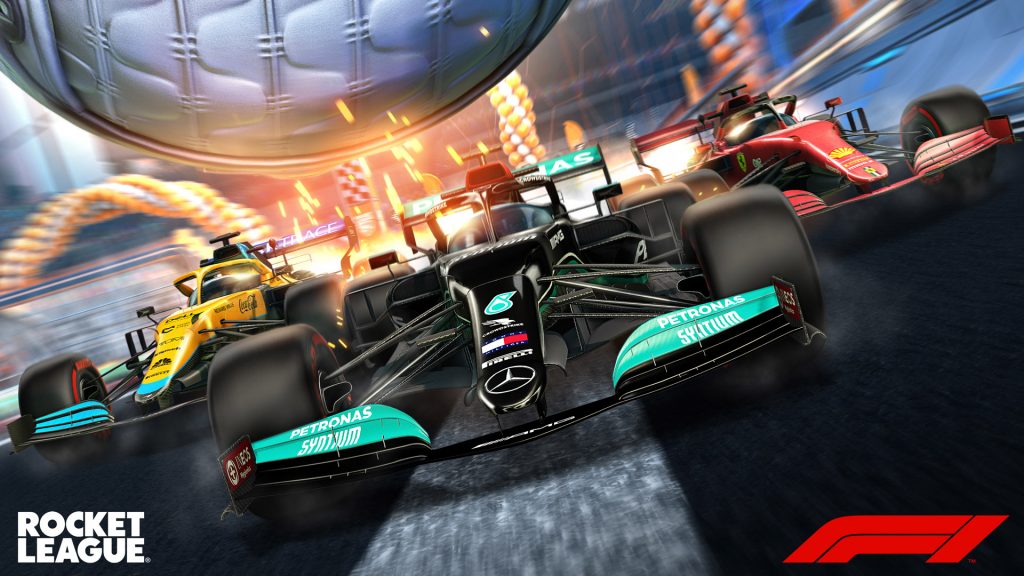 You have probably guessed by now I have chosen pretty much this whole list on nostalgia. This is what makes it my top 5. Yours probably would be different for other awesome reasons. So now you have read mine, What is your number 1 collaboration that has been in Rocket League so far?

Let us know in the comments sections below! Also what collaboration would you like to see happen in Rocket League next?