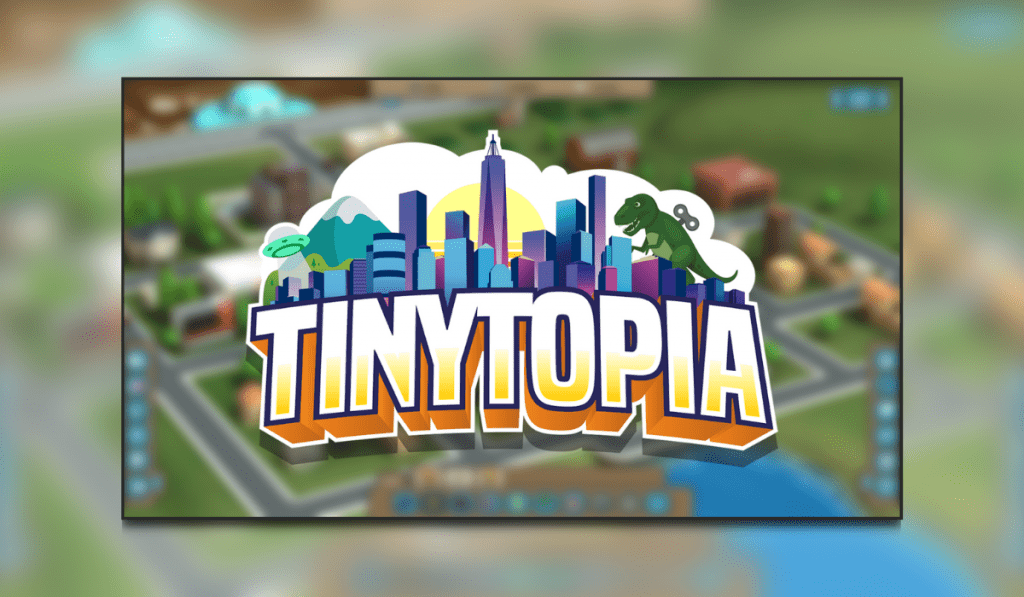 Tinytopia is newly released on Steam, developed by MeNic Games and available on both Windows & MacOS, you will be teleported into a cute world of city building fun. Available now on Steam for £10.99.

I love city builders, the fact they’re the perfect game to play when you want to chill out and don’t want to do anything competitively. First seeing Tinytopia, I thought the setting was something out of Toy Story, but I was intrigued. What could possibly make this different than the rest out there? Let’s find out. Let us know in the comments if you have played Tinytopia, or what your thoughts are.

There is nothing complicated about Tinytopia’s gameplay. Each level is mostly the same, achieving a population goal or, constructing “Special Buildings” (these also require a population goal). I found the merge mechanics in Tinytopia, really interesting. Rather than having an expansive landscape of scattered houses, you can place buildings together or on top of each other, to fuse them into better, upgraded versions.

So you will need to pile up a few houses to make an apartment block. But each stage has a wide variety of structures to experiment with. Two apartments with a house on top will make a skyscraper with room for loads of new citizens.

Other than the main story/campaign, there are a few side missions for you to keep the creative juices flowing. Some will want you to build a certain amount of harder buildings to craft or make your citizens happy.

I did find the levels entertaining though, once you get to terms with how things are built, you can try out some of the interesting “Zany Toy Levels”. My favourite was the spinning record stage, having to build structures on a moving record was very interesting. There is also a seesaw stage, which did get me raging sometimes! However, I will be kind and let you find out what this is all about yourself!

Tinytopia also has fun and dramatic ways of destroying your city. Once you’ve had enough of your city, you can, perhaps, destroy it with a meteor. Or maybe you want to destroy it with UFOs. These were awesome, especially calling in a wind-up dinosaur.

I found the graphics to be very nice. Not amazing, but nice. The colours really stood out for me, there could be better detail in structures, they looked grainy when you zoomed in and slightly distorted. However this may be, it didn’t affect the gameplay and still enjoyed creating my own little town.

In relation to audio Tinytopia has a charming yet fun and relaxing soundtrack. Enabling the gamer to kick back and relax even when your little town is under attack from a wind-up dinosaur. From its fanfares to the chimes, it’s probably not a game to play when you are tired.  However, having said that games like Tinytopia are great if you want to listen to your own music and play at the same time. Due to the type of gameplay Tinytopia provides you can either listen to the in-game tracks or load up your favourite Spotify playlist and still have a great gaming experience.

The other thing I should mention is the sound effects, when clicking around the screen to the passing by cars it almost has an ASMR effect. Extremely relaxing pops of sound with distant traffic noise creating an ultimate ambience.

As I outlined in the gameplay, this can be played for hours on end. There is a lot of scenarios, challenges for you to get stuck into and the game isn’t all that challenging. Only when you take on the seesaw challenge!

Tinytopia is very creative and fun. It is the type of game, if you have children, you would let them play. As gamers of all ages would find this awesome and entertaining for hours on end. The oddities found in the game are its great strengths but is held back by scenarios that feel like they are on repeat. The game mechanics feel like this could also do with a polish. However, having said that it was great to play. You will find yourself having fun though. I give Tinytopia a Thumb Culture Silver Award.