This year we have rounded the staff up, stuffed them with mulled wine, plyed them with mince pies before asking them to write down what they would like to find under the Christmas tree on Christmas day.  Everyone has come up with a game title, a piece of merchandise and a random third choice of whatever they would like to see them through the festive season!  If you’re stuck for ideas yourself, take a look at what we are after, you may be pleasantly surprised!

Contrary to a lot of opinion and even though this game is primarily the same at Battlefield 1, there is something about it that feels new. Yes its essentially a re-skin with upgraded textures, but the gameplay feel fresh. Those bullets flying around your head is always going to wake you up and make you realise that you are playing an EA game and not something by Activision.

So for the war fans out there, I recommend Battlefield V as your game to pick up this Christmas. 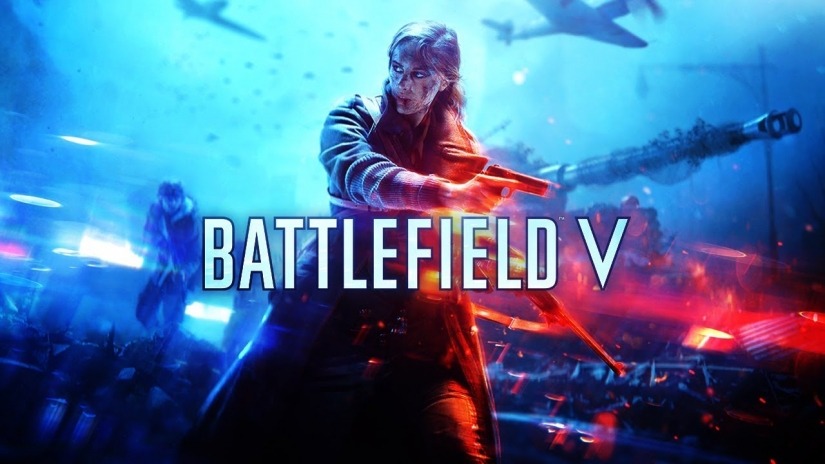 So fancy getting hold of a bit of gaming nostalgia for your man cave / gaming room, well look no further than this amazing Pacman light!

To be honest the pictures do this more justice, but with the added sound effects you can be annoying your household until they come and try and switch him off. 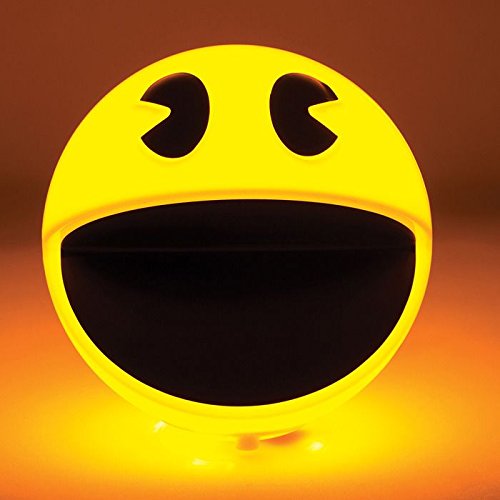 So you might be thinking that 90 quid for a yearly subscription is a bit much, but let me tell you what is included in this amount. Early access to EA games, but not the 10 hour trial and you see people with EA access, I’m talking full games. So download Battlefield V, FIFA 19, MADDEN 19, A Way Out and over 150 other games, all for the relatively low price of £89.99 per year.

I mean any gamer on PC must be crazy if they don’t think its a cracking deal.

Yes I know there is no single player campaign however for me I am looking at it’s 2/4 player local split screen capabilities to entertain my family and friends this Christmas.  There’s nothing better than running around a map taking everyone out while (responsibly) enjoying a festive drink or two.  The controls for Call of Duty have always been straightforward allowing even the noobiest (I just made that word up) player to pickup the controller and take part. 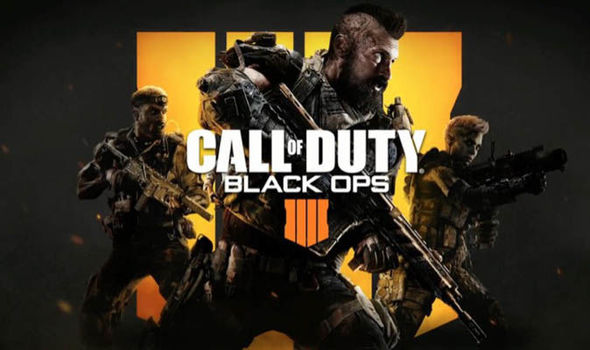 Ok so I am slightly obsessed with Red Dead Redemption 2 having very much enjoyed the single player storyline so far.  The random shoot outs with the O’Driscolls have been amazing with many a satisfying headshot had.  I’m not usually one for a gaming T-shirt however I can’t pass up this one.  I just pity people that actually have “O’Driscoll” as their surname, I’m sure they will be a little unsure of people wearing this piece of merch!! 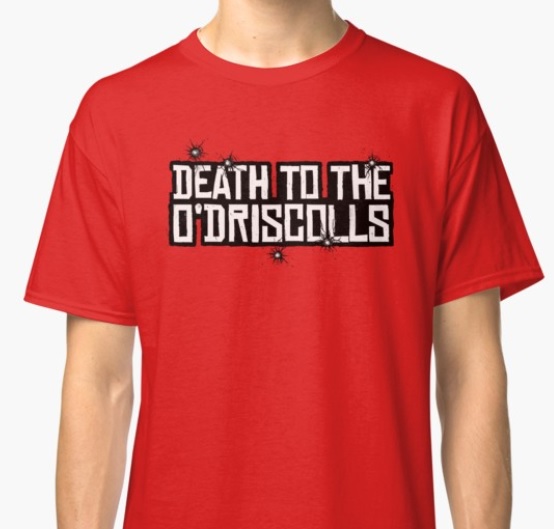 No Christmas is complete without chocolate and being a time for family you can’t really have your own secret stash hidden in a kitchen cupboard that you keep disappearing off to snack on every few minutes…Well you can, but as soon as you’re caught with your gob full of sweets the game is up and everyone wants some!  To combat this, the 1kg bag of peanut M&M’s is an ideal size to deploy into a nice glass bowl and put as a centre piece on your table while you entertain.  It will also detract from your kitchen run to take a swig of whisky instead 😉 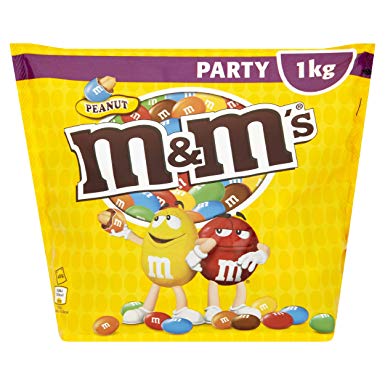 Ok, so I’m cheating a little here, but I think its valid considering that all of the currently released games that I would want I’ve been lucky enough to review (God of War, Spiderman, Red Dead Redemption etc. – If you haven’t read them… GO NOW!). So why would I want a pre-order for Christmas? Well because Crash Team Racing is quite possibly the greatest Kart racing game ever made and anyone that argues otherwise is getting a lump of coal in their stocking… That’s right, I have Santa on speed-dial (You have been warned!)

I’m not a huge Pop Vinyl collector if I’m being honest, I have a couple (Jack Burton and Lo Pan from Big Trouble in Little China) but that’s all. I have no intention of obtaining a large collection, but it seems like a perfect fit that Kratos (and the Boy!) should be added to the collection, and at a fairly reasonable price if you shop around its a perfect stocking filler 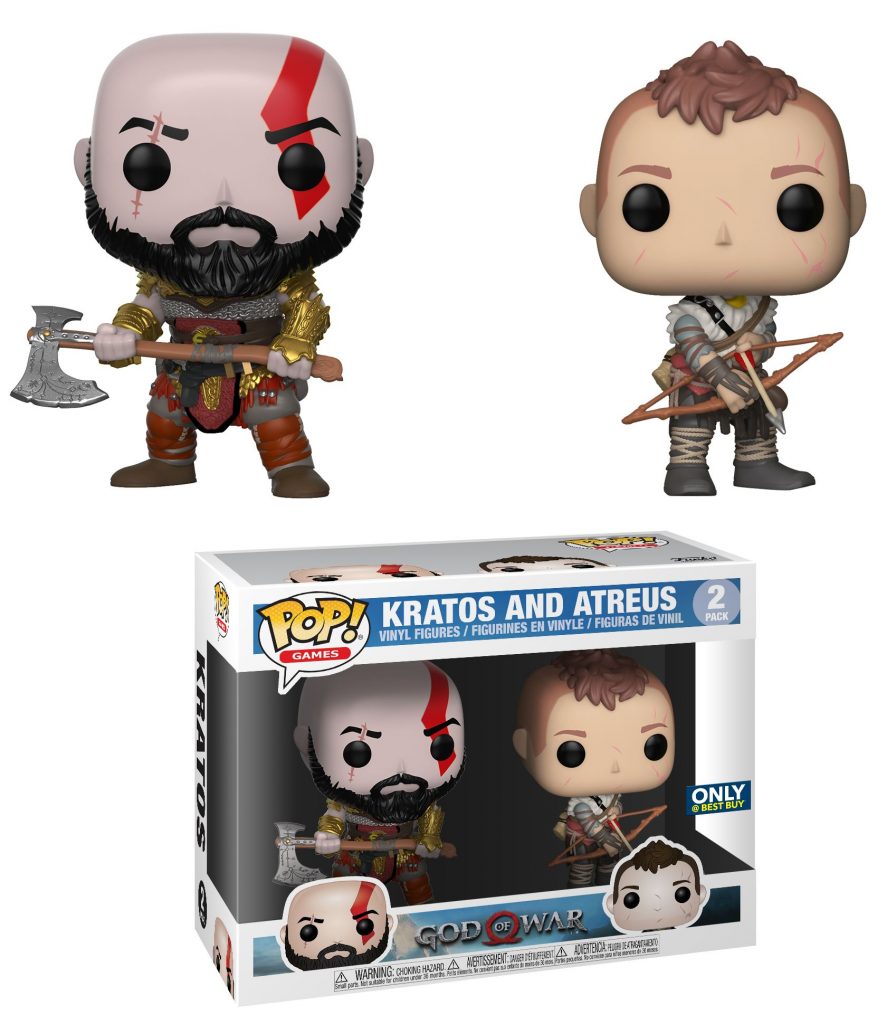 No Festive season would be complete without an Ugly Christmas Jumper to keep you warm, but you why should that be where it ends? Why not be something you can laugh at as well… and what better choice than that of Comedy Legends Rik Mayall & Adrian Edmondson in one of their most famous scenes from Bottom. 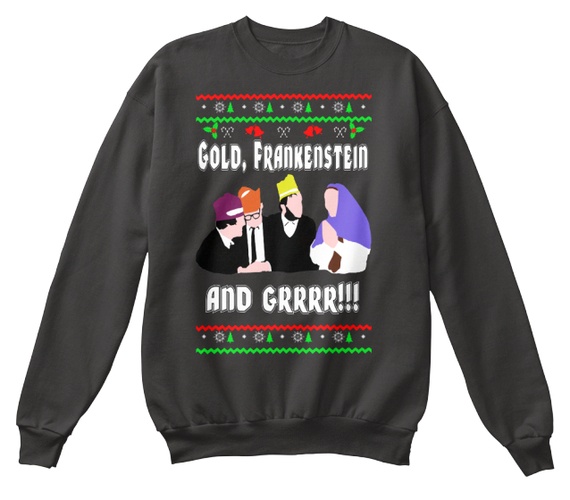 Game – Lego DC Supervillains, priced around £45, but always good to shop around. 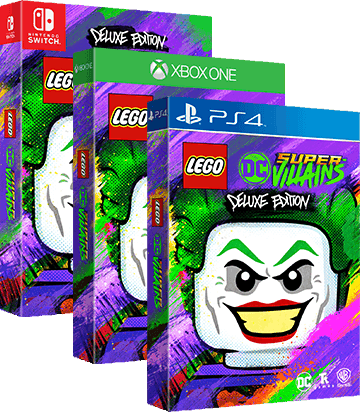 I have always been a fan of the Lego games, their dry humour and the fact that they clearly do not take themselves too seriously are a winning formula for me. The age rating and 2 player option means that it can be fun for the whole family, after all, it doesn’t pay to be greedy and go for Hitman 2 (choice 2). I find the Lego games are well made with cunning puzzles, amusing storylines and good characters. My only criticism would be that the graphics can sometimes be a bit blocky.

So if you like Lego games, this is the perfect successor to your current collection. 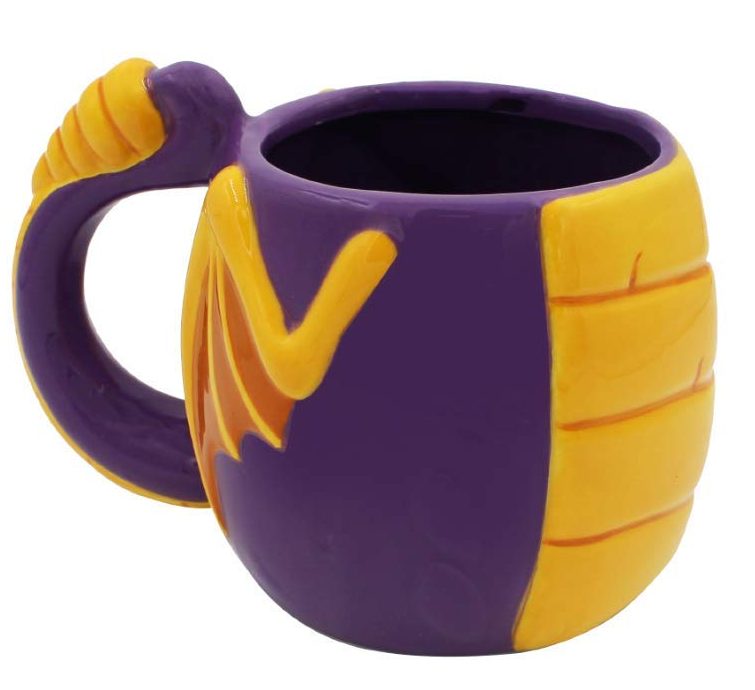 Having been tipped off to not go and buy the game I have a sneaking suspicion that I know one of the items already under the tree this Christmas. So I have opted for this cracking mug, well let’s hope it’s not actually cracking, maybe I should have said ‘fan’tastic mug. Being a tea drinker to keep me warm and inject a bit of caffeine, this would be the perfect present to add to my collection, I will be able to play a dragon and sip from a dragon at the same time. Awesome. 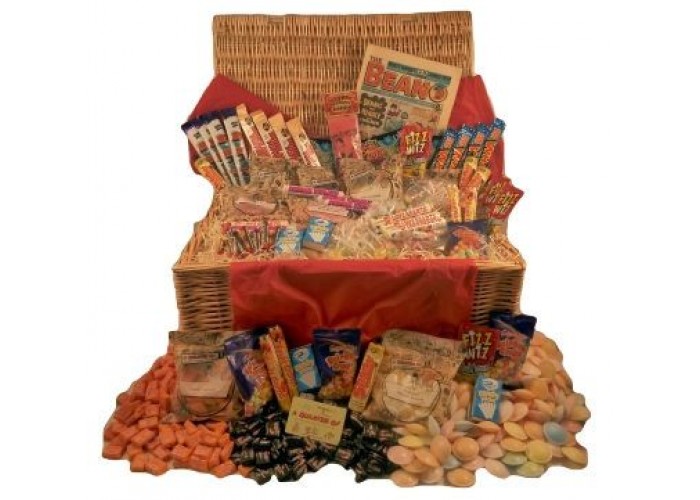 Well retro is the new new, so I quite fancy tucking in to a healthy dose of nostalgia with this hamper, it’s jam packed with everything that reminds me of my childhood and dentists. Perfect for sharing with the family or hoarding somewhere and just grabbing some when you want. This amount of energy should extend those gaming sessions by a good few hours. Stay alert, stay awake, get chunky (chunkier). 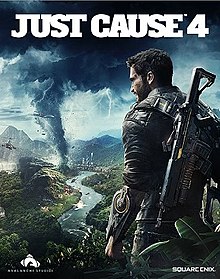 I played the first 2 Just Cause titles years ago. I seem to remember the gameplay and mechanics getting more and more layered as time went on. It went from cars, to bikes, to boats to planes. Just Cause 3 cemented itself as a great game for me. Fun, explosive, loads of time missions and challenges and when it all goes to pot, you can break out a rocket launcher and blow stuff up.

After all of the narrative heavy games this year, it’s great that we have the chance to go into a skyscraper full of terrorists and blow them up, just like in Die Hard, a true Christmas movie. 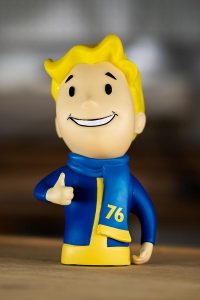 The angel or star on top of the tree is all a little bit “religious” for me. If I’m going to have any idol atop my tree this festive season it’ll be the Fallout character “Vault Boy”. Bethesda do a great range of kit to keep gamers happy even when they aren’t playing. Imagine sitting around with your family on Christmas Day, Queens speech on the telly, everyone playing charades while this little fella looks at you reminding you that after the mince pies are all gone the Wasteland awaits. 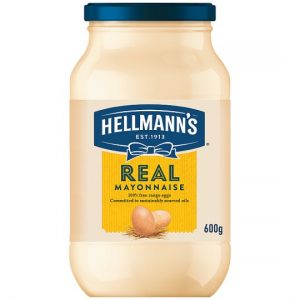 We all have our own traditions on Christmas day. Mine is a turkey sandwich, made with white bread and loads of  Mayo. Leave that watery, reduced fat, synthetic crap at the supermarket and get some proper mayo in that sandwich. No regrets afterwards either. that’s what New Years is for.

Bonus tip, save on a gym membership that will barely last ’til Valentines day and get a PSVR with Creed, Sprint Vector and Beat Saber instead. You’ll actually use it and get a workout too! 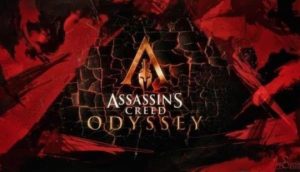 I have always been a huge Assassin’s Creed fan and whilst many (John!) were slightly underwhelmed by the latest entry in the franchise I have found myself investing many hours in it. With the new DLC that has dropped and more due next year there is plenty to get your teeth into over the Christmas period and beyond. I’ve held off from playing RDR2 to complete Odyssey so perhaps that will be my new favourite in the new year however for now its Ancient Greece all the way for me. 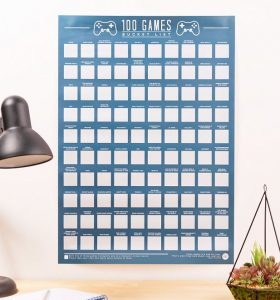 Whilst not technically merch, if you are a completionist or like lists this is a great gamer twist on the bucket list idea. Most bucket lists require you to get active or spend a fortune on airfares however this little beauty can be completed from the comfort of your sofa. There are some classic games on there and it might motivate you to play a game you haven’t considered before that could become your new favourite. In addition everybody loves scratching off the silver stuff (still no idea what it’s made of or is called). 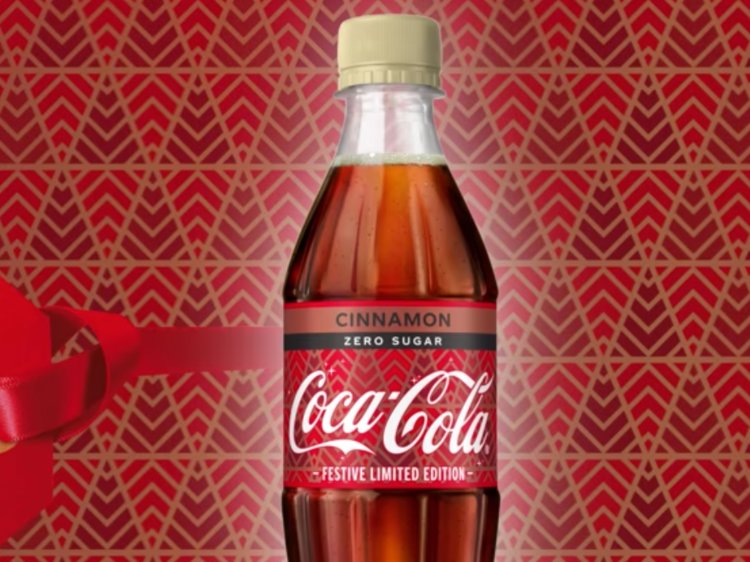 ‘Holidays are coming, Holidays are coming.’ I love a coke when I’m gaming and this festive version is pretty tasty . Coke and cinnamon really shouldn’t go together but somehow this works. Get it before it’s gone!

Well there you go folks, have the team been naughty or nice this year to deserve their desired gifts?  I’d suspect a bit of both if I’m honest!  Come Christmas day, I wonder who will be opening a bag of coal?!  Hopefully we have given you some great ideas for Christmas!

From all of the Thumb Culture team we thank you for your loyal support throughout 2018, without you we are a mere digital entity buzzing down that internet highway.  2019 looks to have some awesome releases and we can’t wait to bring you the latest news and reviews on them.  Tell your friends, family and even pets about us, spread the word and become one with the Thumb! 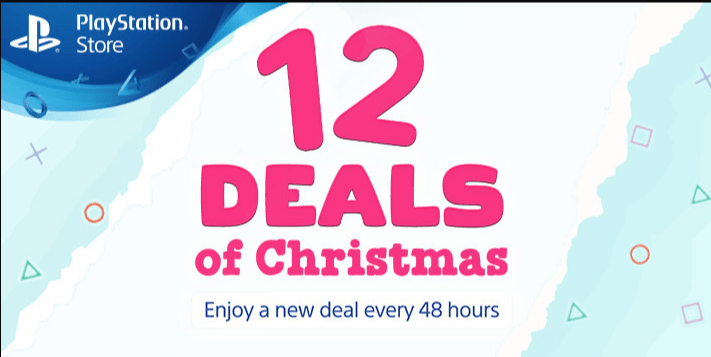 Christmas is fast approaching and Sony have had an amazing promotion running called the ... 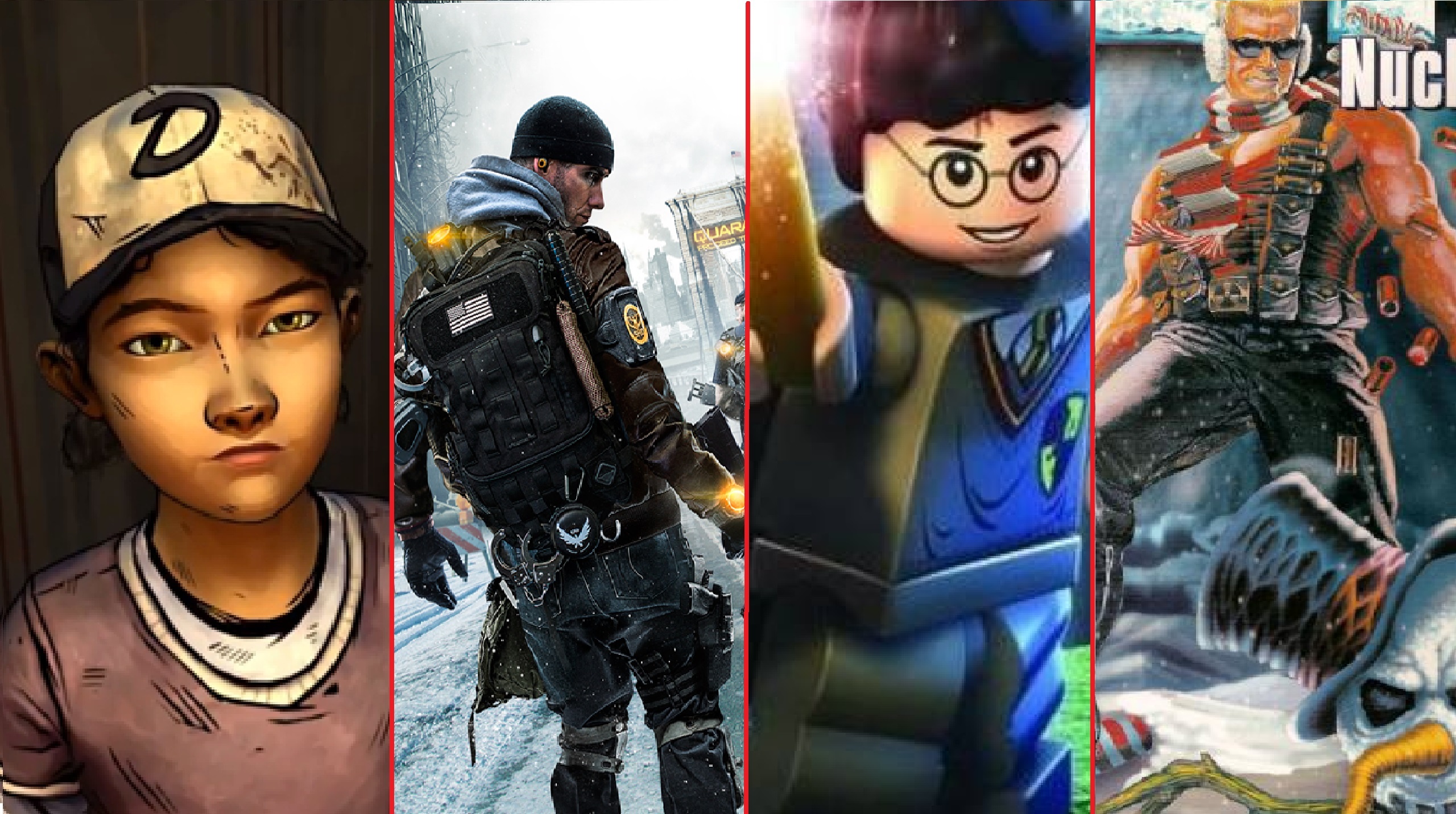 Find your Christmas Spirit by unwrapping this list of alternative festive games to enjoy ...