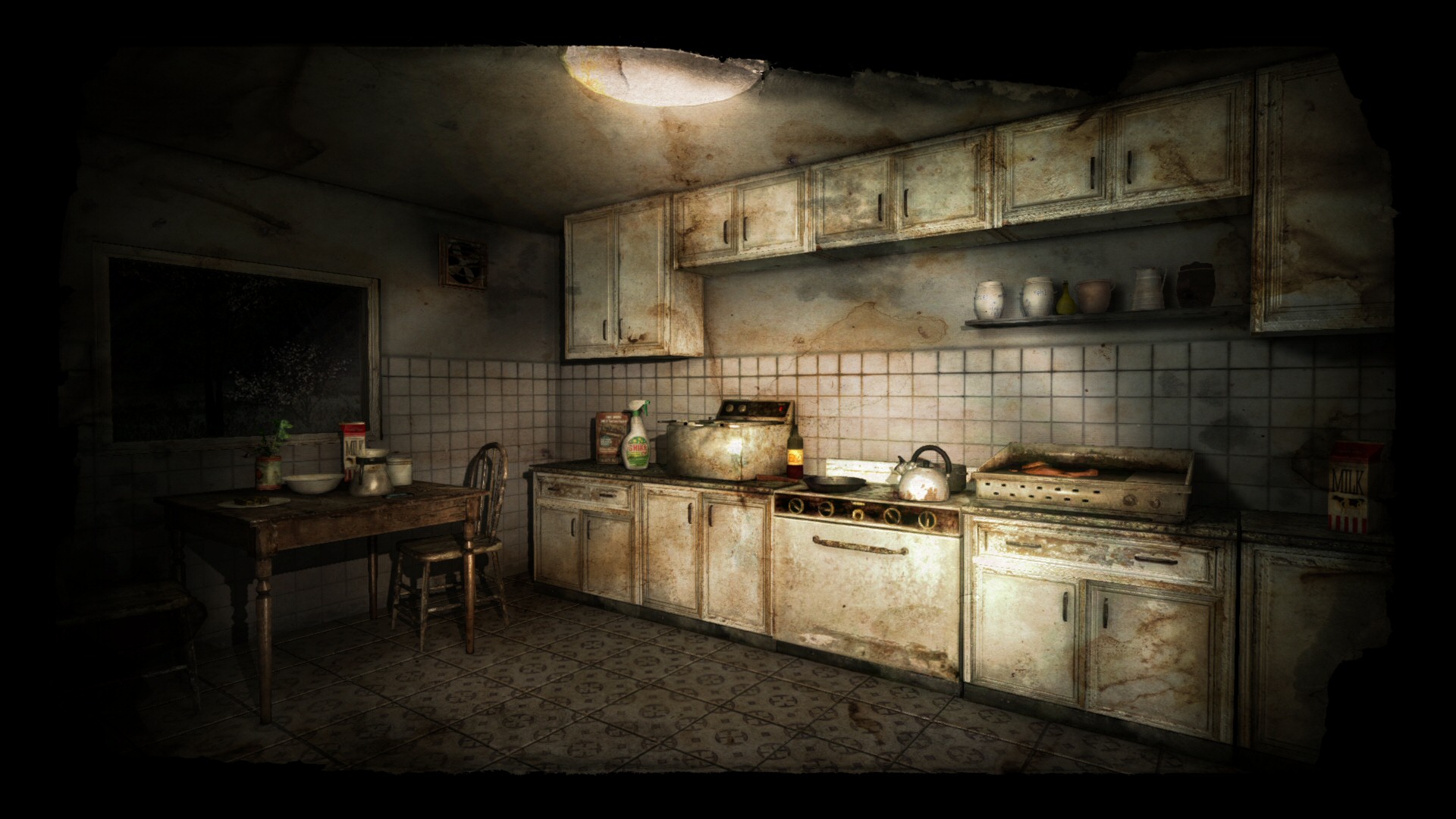 The game pits you as an unknown character who has just taken over the night shift at Joe’s Diner, seems harmless enough right? Well what if I told you that the diner was built on the burial grounds of two rival chieftains? Starting to get a bit nervous now right? Well in life they weren’t the best of friends and even in death they are continuing their feud.

One of the Chieftains just wants to rest in peace and quiet, while the other likes to pull pranks and be a pain to his rival Chief. Your task, is to do two things…that is all, clean the tables at the diner and keep things quiet, sounds simple right? Wrong, as while you are cleaning the tables and taking the rubbish to the bin you will be interrupted by things being switched on by the ghostly present of the prankster.

The prankster causes chaos by turning on items through the many rooms of the diner, included the kitchen, lounge room, toilets – both female and male, and the office as well as the seating area for the diner, they vary in volume as well. Turning on the coffee machine behind the counter will give an audible gurgle as the coffee is filtering through, or the vacuum cleaner will have a constant hum and whirr, and now and again one of the phones might start ringing, from the standard modern and classical sounds to the office phone which randomly calls a phone sex hotline.

The game in itself is as simplistic as it could be, there isn’t really a massive amount of variation on each of the 30+ days that you have to work at the Diner, the graphics do a great job of keeping things atmospheric with the lighting adding to the dark and gloomy environment that you find yourself in.

The game is billed as a survival horror title, while it may not be the most accurate description of the game it does hold some truth. You have to survive each nightshift without getting the dreaded game over screen, however to up the horror element perhaps having the ghost sitting at different tables would have been a good touch.

The controls are solid, left and right thumbstick moves your avatar about and then R2 is used to run and the X button is used to interact with everything. The fact that you can only pick up one item at a time does get frustrating but then, if you were able to pick a whole bunch of them would make the game too easy. Having to decide whether to take what is in your hands to the kitchen before running through the diner to the office to deactivate the alarm clock is what the game is all about, making decisions based on your gut instinct. If you leave something switched on for too long something else might get activated and this all adds to the noise level indicator at the bottom of the screen. Once this hits red then you better be quick as you are about to awaken the monster…well i say monster but i really mean flashing white light and image of a Chieftain.

Moving further on into your employment you start finding bags of crisps (chips to some reader) laying on the floor that you have to either pick up and munch on, or manoeuvre around them so as to not step on them. This adds to the difficulty especially when the naughty Chief lays a trap around the old classic phone in the lounge room so you have to pick them up before switching off the phone.

The game is simplistic at its core, it doesn’t try to be anything else other  than what it is and what it does do it succeeds. Joe’s Dinner offers a great change of pace from the AAA games you find today. Night shifts are 6 hours in-game time, but they last around 5 minutes of real-time, this means that if you have a spare 15 or 20 minutes you can jump onto this game and just play it.

The game on the whole is solid, the mechanics work, while you wont be sitting down to play the game for any extended amount of time, its a great pick up and play game.