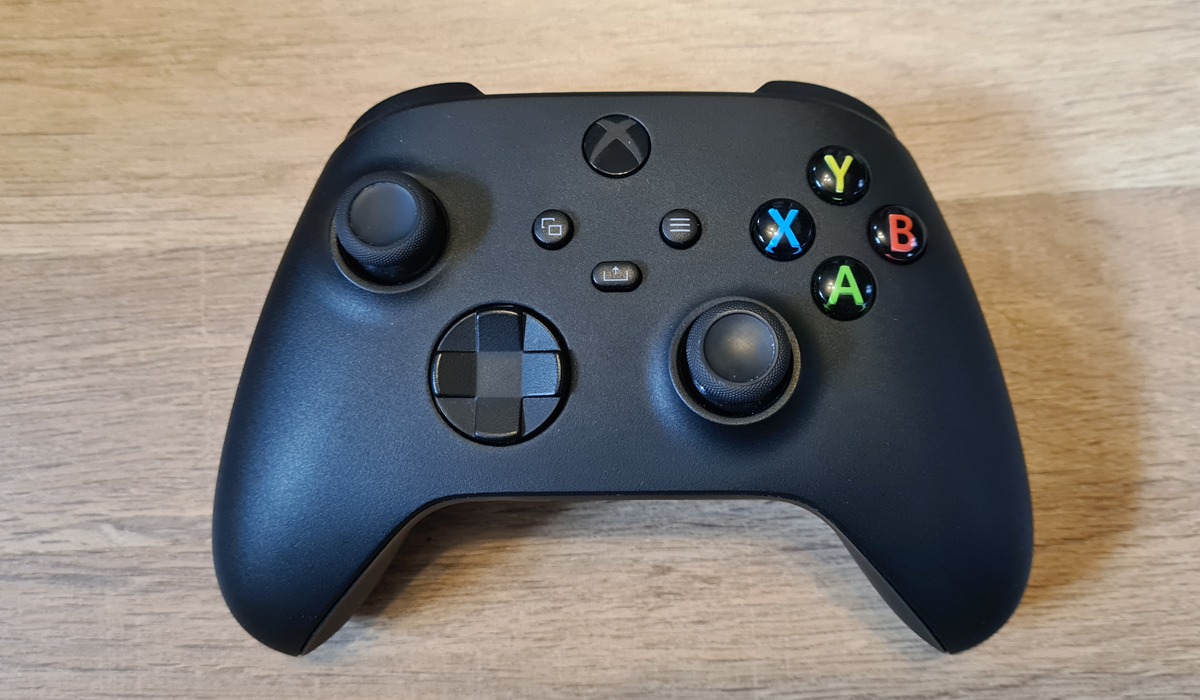 Naturally, the PlayStation 5 and the Xbox Series X have taken the gaming world by storm. Launching late in 2020, they both have an absolute plethora of similarities. From SSDs to subscription services… the competing consoles have never been more aligned. One thing however that definitely sets them apart is their controllers.

These aren’t going to be articles about which has the better analogue stick placement. This is purely my thoughts on what the 2 devices bring to the table, and where I would like to see improvements if they ever choose to refine these models. I will say from the get-go though that with the DualSense and the revised Xbox Wireless Controller these are the best iterations both companies have ever delivered in the box of a console. I have to add that slight disclaimer to the end there as Microsoft launched 2 editions of their Elite controller, and of course the accessibility controller which is arguably one of those important controllers on the market.

Note that this is just 1 of a 2 part, hands-on experience. To read my thoughts on the Sony DualSense you can visit the article here.

Where Sony’s DualSense was a surprise and drummed up a lot of conversation, the Xbox Series S|X Wireless Controller was arguably met with “it looks the same”. That’s certainly true to an extent, but there are some obvious differences when you compared it to the older controller. The newly re-vised D-Pad is one I believe will be the most polarising. As someone who uses the disc-shaped add-on for the Xbox Elite, I am a big fan of the concave D-Pad. Also right in the middle is a share button; a quick tap creates a screenshot, a long press takes a clip. Finally, if you rotate the pad you’ll notice texture on the triggers, bumpers, and the handles of the pad. This texture is a lot grippier than what is found on the DualSense and helps keep the pad feel secure.

Beyond these touches, it’s hard to say what’s actually different. The controller feels great in your hand. Microsoft’s official spiel is that the new controller is slightly smaller than the previous iteration. Even with an Xbox One pad right next to it, I find it difficult to spot the difference. It does feel slightly different but not enough that I’d ever actually notice if they hadn’t have said.

Frankly, the controller is just a nice revision of the existing controllers. Whilst the improvements are welcome, they’re also very safe. So safe in the fact that a lot of these features already exist in some previous Microsoft controllers.

Xbox Series S|X Wireless Controller is just what you’d expect from Microsoft at the moment. Very safe, focused on functionality, and very practical. It evokes their ethos with the Series X itself. The controller does nothing new compared to its predecessors outside of the fact it now has a share button. Something Sony and Nintendo have been doing since their last generation. Xbox was very much stuck between a rock and a hard place with the controller. A lot of fans will swear that the Xbox controller is the best one on the market. To change it too much would be a misstep. However certain things we’ve seen from the competition wouldn’t go amiss.

The best part of what Xbox has done with the Xbox Series S|X Wireless Controller however is made it incredibly compatible. It not only works with the new consoles and PC but also works on the Xbox One too. There will never be any confusion between which pad works where because basically any Xbox One or Xbox Series S|X Wireless Controller will work on any Xbox One or Xbox Series machine. This is incredibly consumer-friendly and makes the pad more desirable from a multi-functional perspective. Of course a big deal with Microsoft these days is streaming, and as the controller has Bluetooth it will also connect to your phone effortlessly. Allowing you to hop on to the Xbox Streaming with Xbox Game Pass and clip the controller to your phone.

Of course thanks to this compatibility, and arguably the lack of particularly ground-breaking features, it means that you can also play all of your Series S|X games with any of your Xbox One compatible pads too. This is a particular boon for those with accessibility controllers.

It’s hard to really be excited with the Xbox Series S|X Wireless Controller. The controller is so similar to the previous range that it just doesn’t really stand out. Ideally, Microsoft needed to slap Haptic Feedback in at the very least, and even taken inspiration from their own Elite range and allow triggers to be tweaked. The fact Sony’s DualSense has these features (the latter of which is way beyond what the Elite can do) does leave this controller feeling a little retro.

Also whilst I am a big advocate for removable batteries, the fact you have to buy it separately seems like a kick in the teeth. Sure you can use AA batteries, and I do stock rechargeable ones that I often use. In fact, I respect these options, but the cynical part of me feels like it’s just to encourage you to buy their extra accessory.

Only upon looking at the back of the DualSense do I feel like Xbox missed a trick with the grip too. The face buttons reading A, B, X and Y aren’t as iconic as the PlayStation symbols, but perhaps coating the back of the pad in the Xbox logo could have been a fun aesthetic. 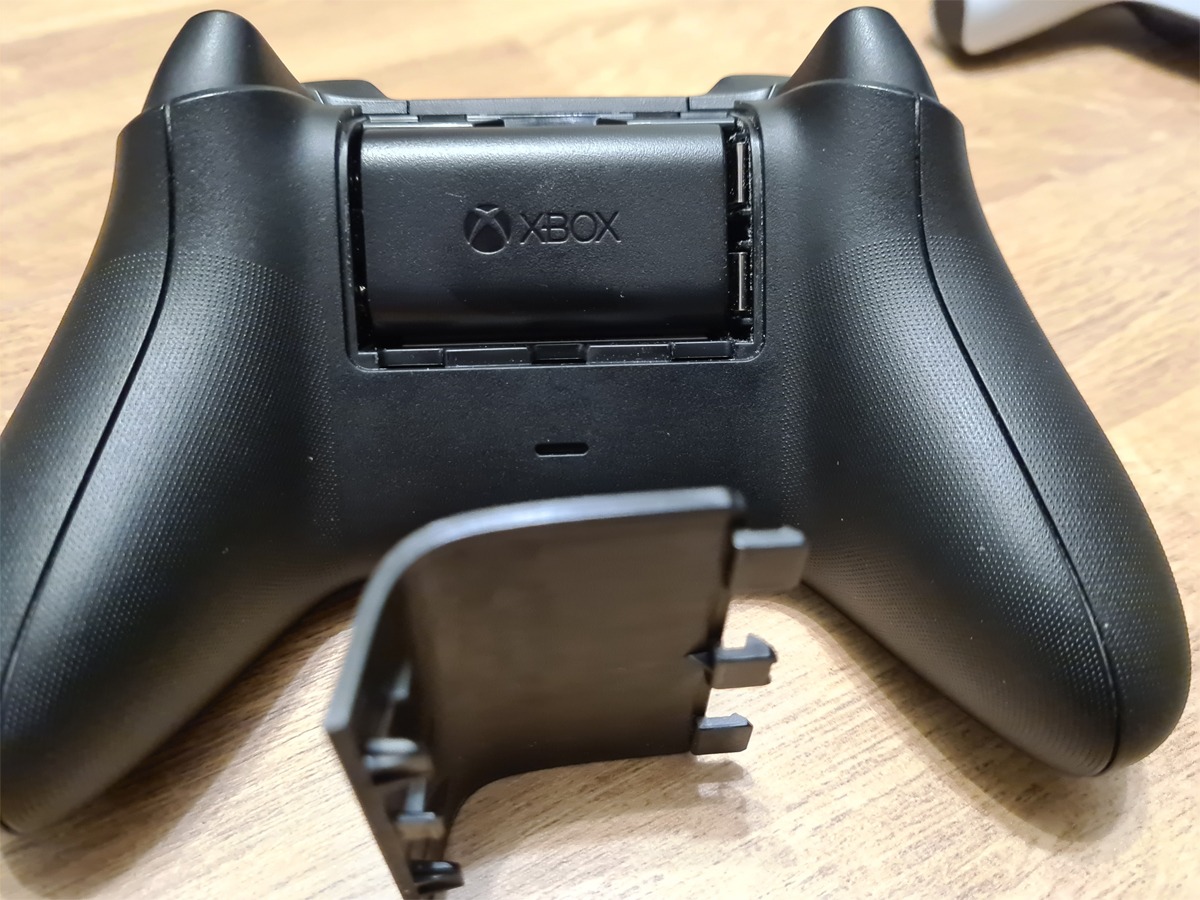 As with Sony, Microsoft has created their best-bundled controller. The problem is that whilst the Xbox Series S|X Wireless Controller is a great bit of kit, it’s also fairly underwhelming relative to the competition. I prefer the shape and layout of an Xbox controller over anything else on the market, but it certainly lacks that special spark that comes from haptic feedback or adaptive triggers. It wouldn’t surprise me if we see a revision land within the next few years that include some of these features. Fortunately due to their approach on compatibility, it’s unlikely to make your existing controllers feel redundant. 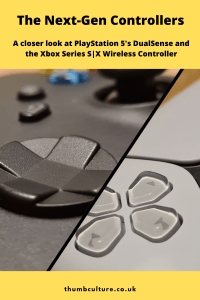