The Bunker from Wales Interactive has hit the Nintendo Switch, does the conversion to the plucky handheld add anything to the game, or is it just a standard port?

Lets take a look and find out.

The Bunker is a psychological horror live action interactive film. Wow what a mouthful. You control John, the last survivor in a nuclear bunker. Going about your daily routine, which included eating on the toilet…..not strange at all. This daily routine gets thrown into chaos when an alarm goes off. It is your task to sort out the bunker and carry on surviving. 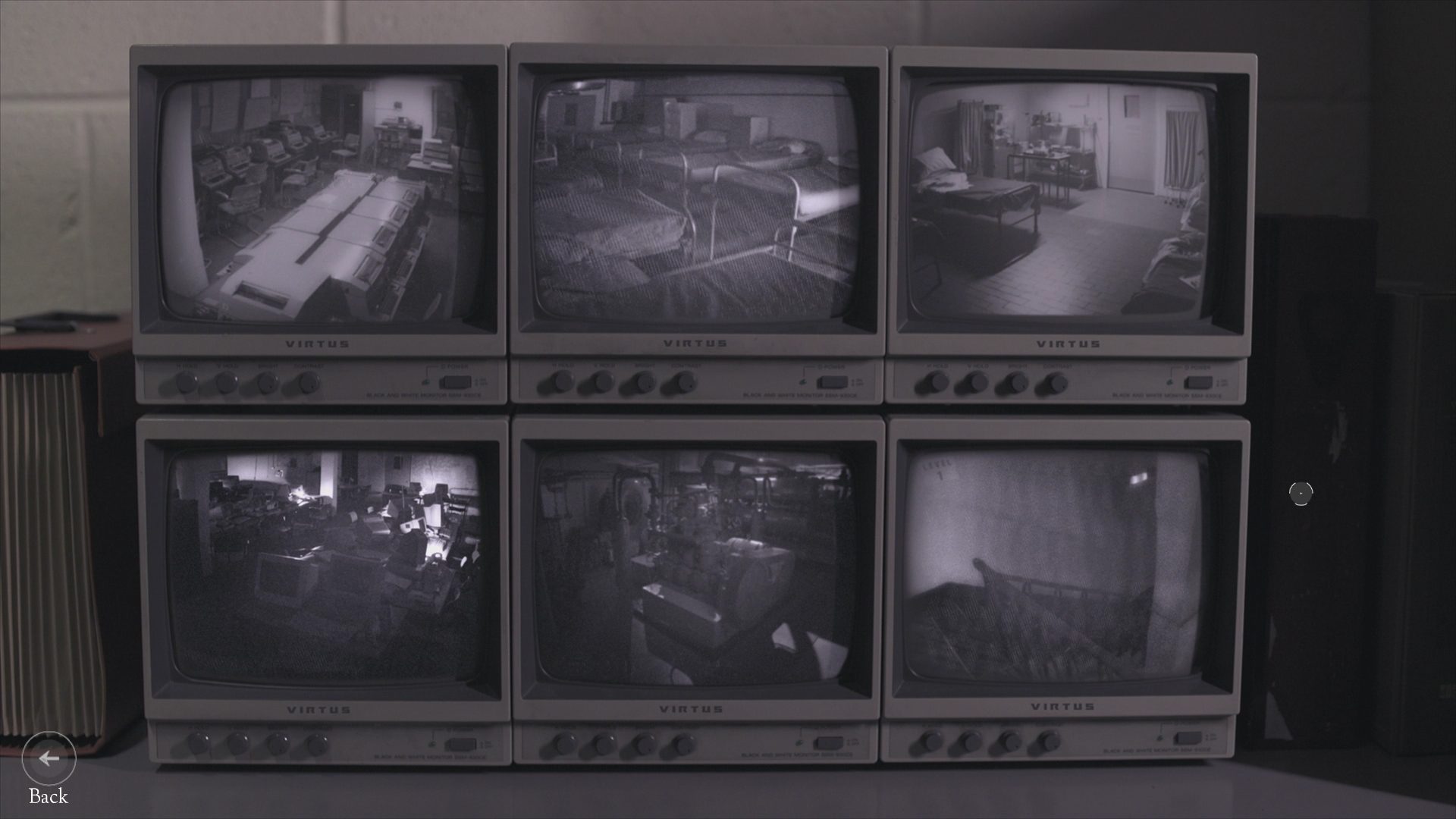 While exploring The Bunker you get given some flashbacks which include repressed childhood memories, giving you an insight into what has happened in the bunker prior to you taking control of John. While its a psychological horror there was never any moments where I had to play The Bunker through my fingers. The game instead focuses on the tension factor, after all you are playing an interactive movie, so you are playing out a predetermined series of events as opposed to having free movement.

With the game now being available on the Nintendo Switch I found myself using the touch screen rather than any of the joy-cons. Easily tapping on the screen when directing John around, this was brilliant until it came to the sections of the game where you need to rapidly tap an on screen prompt. Not wanting to tap through my screen was always a worry and consideration for any of those heavy fingered people.

When travelling through The Bunker there are little models for you to collect, these are models that John carved when he was a yound lad. Now when he is an adult for some reason he decided to scatter them all around the bunker….no idea why. 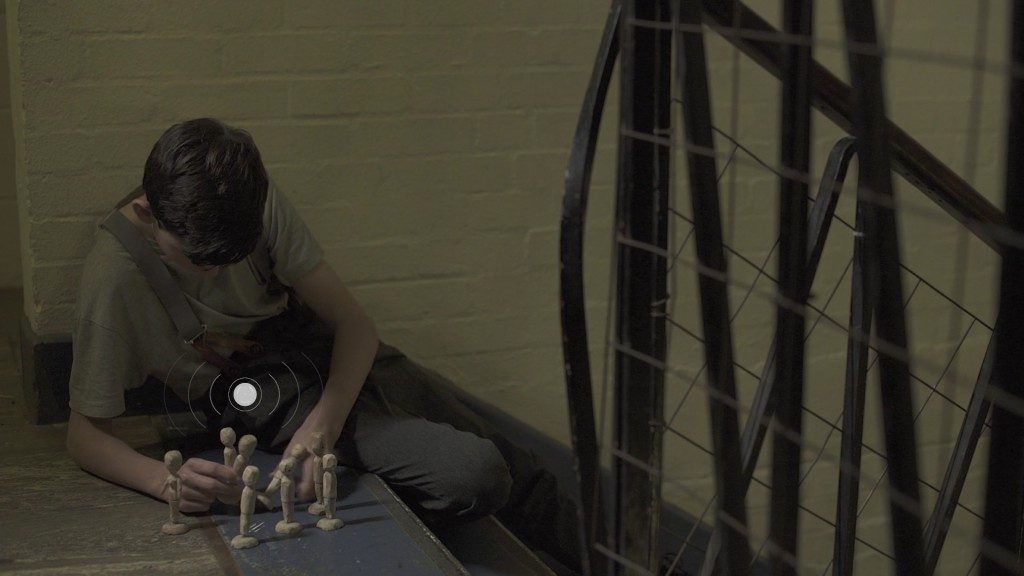 Where are your models Little John!

The difficulty of the game does let it down, its just easy and straight forward. At no point did I feel rushed, although there were sections when buttons needed to be pressed in a quick and timely manner. These were never too quick so that you could potentially miss them. The only way you could miss these would be if you weren’t paying attention, or missed them on purpose.

When exploring there were a few puzzles that needed you to take care of, one of which was entering a key code into a key pad using blood stains to determine the order of button presses. Again these puzzles were generally not taxing allowing you to concentrate on enjoying the story rather than getting frustrated and stuck.

So the graphics are a hard one to judge, after all The Bunker is a interactive movie. So you can expect movie like visuals, with overlays letting you know when you can interact with the scene.

There are a few scenes that may not be for the squirmish, but aside from this its generally friendly viewing. 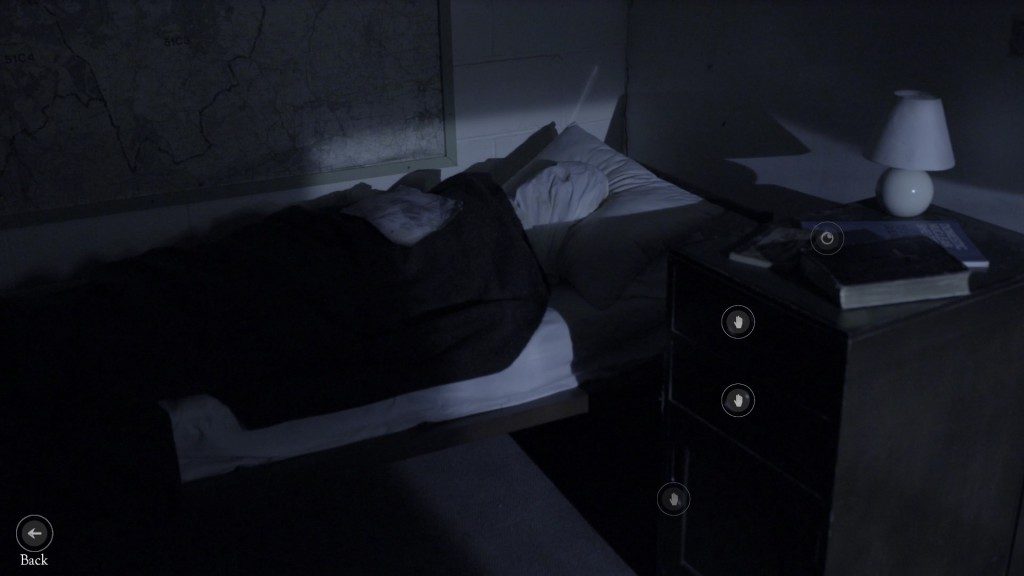 Audio wise, we are graced with a couple of known actors including Adam Brown (The Hobbit), Sarah Greene (Penny Dreadful) and Grahame Fox (Game of Thrones). With these actors you are graced with a well written script that brings you along with the story, with all its twists and turns the audio plays an important part during your play through of The Bunker.

Unfortunately the bad points have to come out eventually, and that is with the length of the game. Playing through in around 3-4 hours, although this time can be extended if you start to make it your aim to collect all the little figurines that John has left around. The collectionists amongst you will be able to extend your gameplay time doing this, also don’t forget to explore all areas and then also investigate all of those little eye icons. Doing this will give you a great idea of what actually happened in the bunker after the bombs were dropped.

In conclusion The Bunker, whilst giving an enjoyable game for the most part, gets let down by the length and difficulty.

Disclaimer: We received a digital code to carry out this review.

Planet of the Apes: Last Frontier – A desolate and hopeless situation

Imaginati Studios brings us Planet of the Apes: Last Frontier, a journey placed between ...