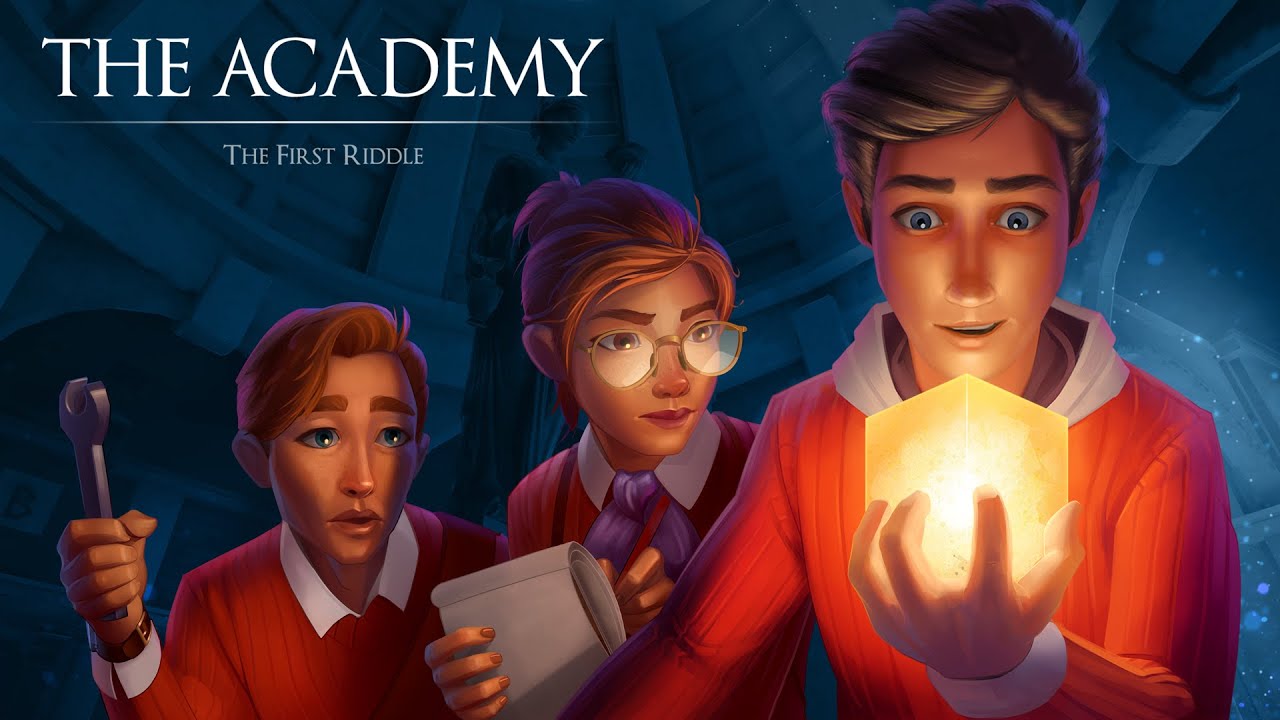 Pine Studios brings us The Academy: The First Riddle, a mystery just waiting to be solved. It would appear that need to go back to school to unravel the goings on. Oh well, time to put on my rucksack (one shoulder or two?) and start my academic career once more, who knows, maybe I’ll get better grades this time?

The Academy began with a quick tutorial to get me wandering around and interacting with objects. It was simple enough for me, WASD to move, Shift to run and E to interact. Oddly familiar, but unsurprisingly as it’s a staple for PC games. Sticking to tried and tested always pleases me. There is a school to explore, people to chat to, and adventure to be had. It was like I had been transported into a Famous Five novel. Unlike a Famous Five novel, the engagement with The Academy was very short-lived. Here is my experience in a nutshell:

I think I will break it down for you.

Somewhere to be? Run. All the NPCs run to their destination. It’s like even they just want to get on with it. The casual stroll has been replaced with a frantic run. This does give The Academy a sense of urgency, but as with all games like this, there isn’t a time limit to get to your destination. Even being shown around campus wasn’t a leisurely stroll finding out about life, it was a small game of chase. I have no explanation for this.

Well without cutscenes how would you know what was going on. These are mainly conversations with the speedy NPCs to glean a little bit of information about the plot. I was very disappointed that I didn’t ever really have to work anything out with regards to the plot. Everything seemed to be designed to get you to the next puzzle. The characters are so wooden that I was expecting Spotty Dog to appear at some point. The script is embarrassingly simplistic, the humour is barely noticeable and the dynamics are flatter than witch’s tit.

The Academy is all about the puzzles. These are the heart and soul of the experience. Each puzzle has a slightly harder follow-up puzzle that seems to be irresistible. These puzzles call on a lot of skills to solve, logic, observation, maths and common sense play a huge part in solving them. Score 0-10 to get top marks (should really just be 10, but it’s all good if you can’t fail). The puzzles are fun, and cannot be taken lightly, one small lapse of concentration and you might get a wrong answer. Some are better than others, I had to rebuild an object and when I moved the object close to where it had to be it snapped into place before I let go, this was a bit of a giveaway. Fail a puzzle and you still get top marks, this is definitely a school experience I can get onboard with. So even if you hate puzzles, The Academy will still be no harder than passing a hot knife through butter.

The Academy is sorely disappointing from the lack of inventiveness. The player meanders through a poor script, dull cutscenes and some unexplained haste just to solve puzzles. Why do the baddies wait for you to catch up with them before running off again? The local police get you to help them with their investigation right after they meet you. So much pure craziness that just wouldn’t happen. It’s perfect for killing a little bit of time now and again and progressing through the story, but playing for a long duration is as dull as dishwater. The saving grace is that the puzzles are very well thought up and provide some sustenance for the grey matter. Having said that I have come across at least 1 puzzle that says that an incorrect answer is correct, and one that has no correct answer, but one is listed as correct. Not getting the basics of a game right is a cardinal sin.

Graphically The Academy does the job. You have to take into consideration that it has been created to run on a mobile phone, and as such it manages to give you a sensation of being at an old-style boarding school. The characters are distinct, though not all that much different from each other, and the locations are all easily identifiable.  When it comes to solving the puzzles, some are more about the wording, but the graphical ones are very clear. I wouldn’t say it is an immersive experience, and at no time was I drawn into the realism of the game, it’s just a bit of fun to pass the time. Whilst running, the characters do have quite a sliding action, but that is quite common in my experience.

In the grand scale of The Academy, the audio fits right in. It’s mainly long droning strings and the occasional twinkle. There is nothing really to set a convincing atmosphere. There is no audible dialogue that would have added a greater dynamic to the characters. All in all it’s just a bit limp an insipid and may as well not be there.

The Academy seems to be a once-through game, complete it, do a little dance, put it down and leave it there. There are no choices to be made and you don’t really feel like you are involved in the story that much, you just get pushed from pillar to post to solve puzzles. The level of dullness that isn’t the puzzles is excruciating at times. If you know someone into puzzles, then it is an ok game, but otherwise it’s not going to have much hold over a new player.

The Academy looked to have great potential with its puzzle solving and underlying mystery and intrigue, but sadly fails to live up to expectation. With it’s rather ploddy stance to gameplay there is plenty to turn the player off. The one slight saving grace is that the puzzles are quite fun to complete and possibly make the player a little smarter. It’s almost like brain training between morbid dullness. I have decided to not give this game a Thumb Culture Award because every aspect needs to be fixed. To have a puzzle game where wrong answers are deemed correct and correct answers are marked incorrect is poor by anyone’s standards. Pine Studios need to go back to school and get their act together. Hopefully some day the biggest puzzle of all will be solved. “Where is The Academy’s redeeming feature hiding?”