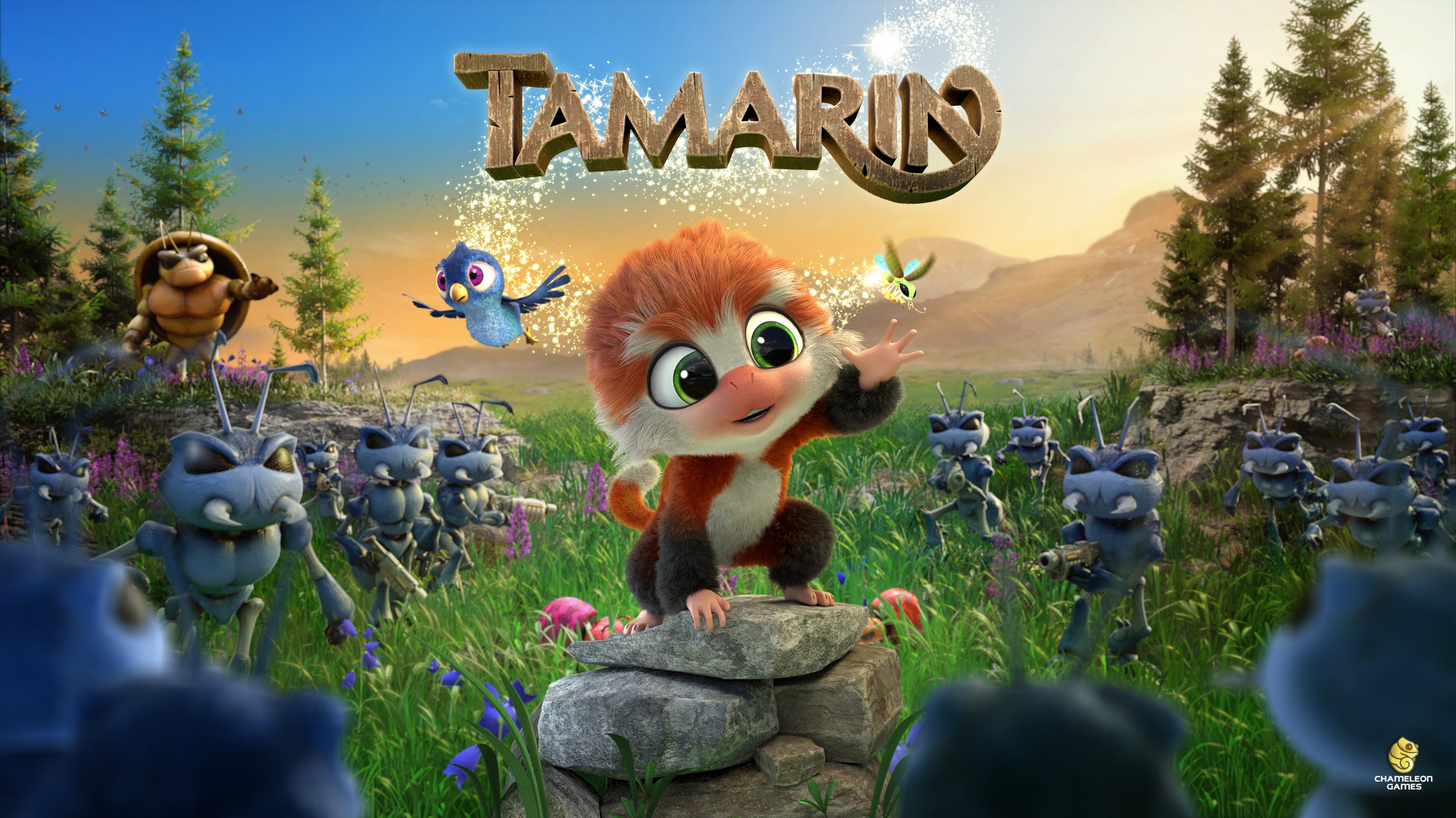 Chameleon Games is a small studio made up of some Ex-Rareware developers founded in 2013. Their game, Tamarin was made to be reminiscent of 3D Platformer collectathons like Banjo-Kazooie, Donkey Kong 64 or Jet Force Gemini. Developed for the PlayStation 4 and PC, Tamarin released on September 10th, 2020. For this review, I’ll be taking a look at the PC version of the game, so let’s get into it, shall we?
“Explore, leap and shoot to save your family from the insect invasion! Leap with the agility of a tamarin as you journey into the Northern wilderness, in a world full of exploration, 3D-platforming and bug-splattering action!” – Steam Store

Tamarin is a 3d Platformer sometimes. Other times it’s a third-person shooter. You begin the game with a short cutscene of a nice peaceful foresty area, with birds flying around and tweeting.   The titular Tamarin can be found hanging out with his family, just enjoying the sun. Then, from out of nowhere, the militarized insects attack causing your family and friends to run away. It’s up to you to go find them. During your adventure, there are collectables to find that will help you progress through the game. You can rescue little bluebirds and put them in their birdhouses for rewards. The gameplay is very reminiscent of the Nintendo 64 Era Rareware games.

The world is a made up of big interconnected areas, with various paths you can take to get around. Along the way, you’ll have to collect insect icons and use them like coins to purchase new guns or abilities to help you traverse the environment, in classic 3d platformer style. The shooter sections feel a little disconnected from everything else, taking away your platforming abilities and giving you a slow-moving crosshair, making it difficult to aim while running around to avoid enemy shots. Some sections of Tamarin feature locks that keep you from progressing until all the enemies in the zone are defeated. There are also some locks that you’ll need specific weapons to unlock.

Tamarin is a pretty good looking game, although there’s a weird effect in use on the main character that makes him look super fuzzy and in a way, it looks out of place. The environments are good looking. Visually it reminds me a lot of old-school Rare platformers. For instance, the look of the enemy insects is lifted straight out of Jet Force Gemini on the Nintendo 64.

The soundtrack for Tamarin is pretty solid. Composed by David Wise, it gives me the same sort of feeling when I played Donkey Kong on Super Nintendo, which I like. The rest of the sound design seems a little sub-par though.

Tamarin isn’t a very long game, and can easily be played through in about 10 hours if you’re taking your time. Compared to some of the similar games from the past, it’s a bit disappointing in its length. I can also honestly say I wasn’t particularly enjoying my time spent playing it as I had hoped.

A love-letter to the 3D platformers of yesteryear, Tamarin does some things particularly well, but as a whole, the game feels a bit flavourless. When I first saw trailers for it coming out I was excited, as it looked like it was the spiritual successor to Jet Force Gemini, a game I loved on the Nintendo 64. But once I got my hands on it, I was a little bit let down. The characters were cute as hell, but it felt like the game was a little taped together and disjointed. While Tamarin had good visuals and a good soundtrack, it felt lacking in other areas. Unfortunately, I encountered some issues when trying to play the game with keyboard and mouse, and felt almost forced to use a gamepad. For that, I’ll give it the Silver Award. 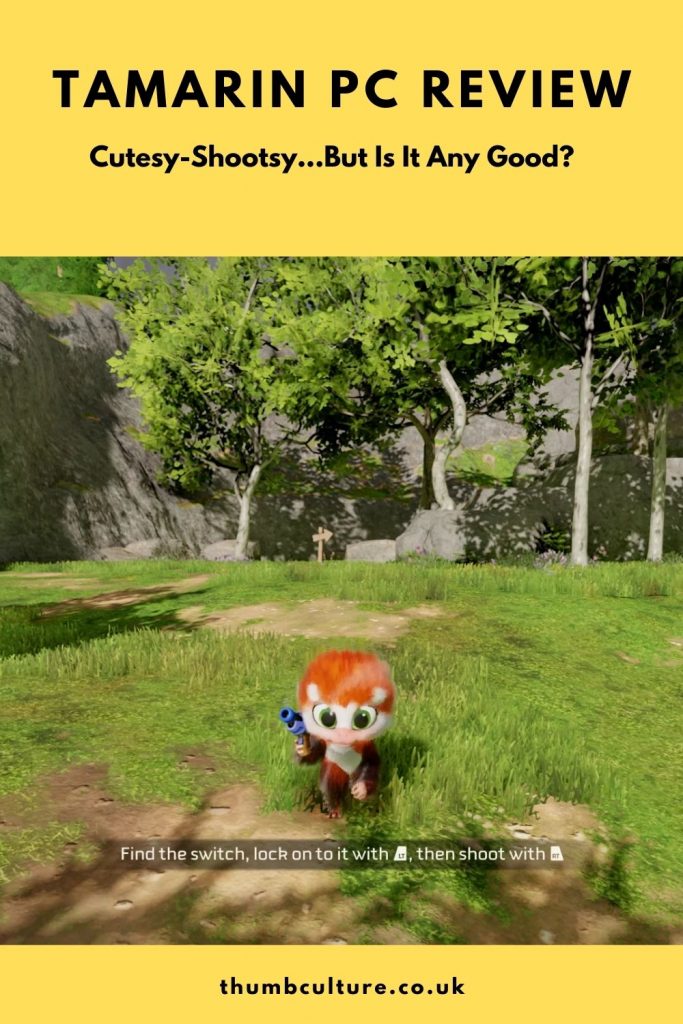