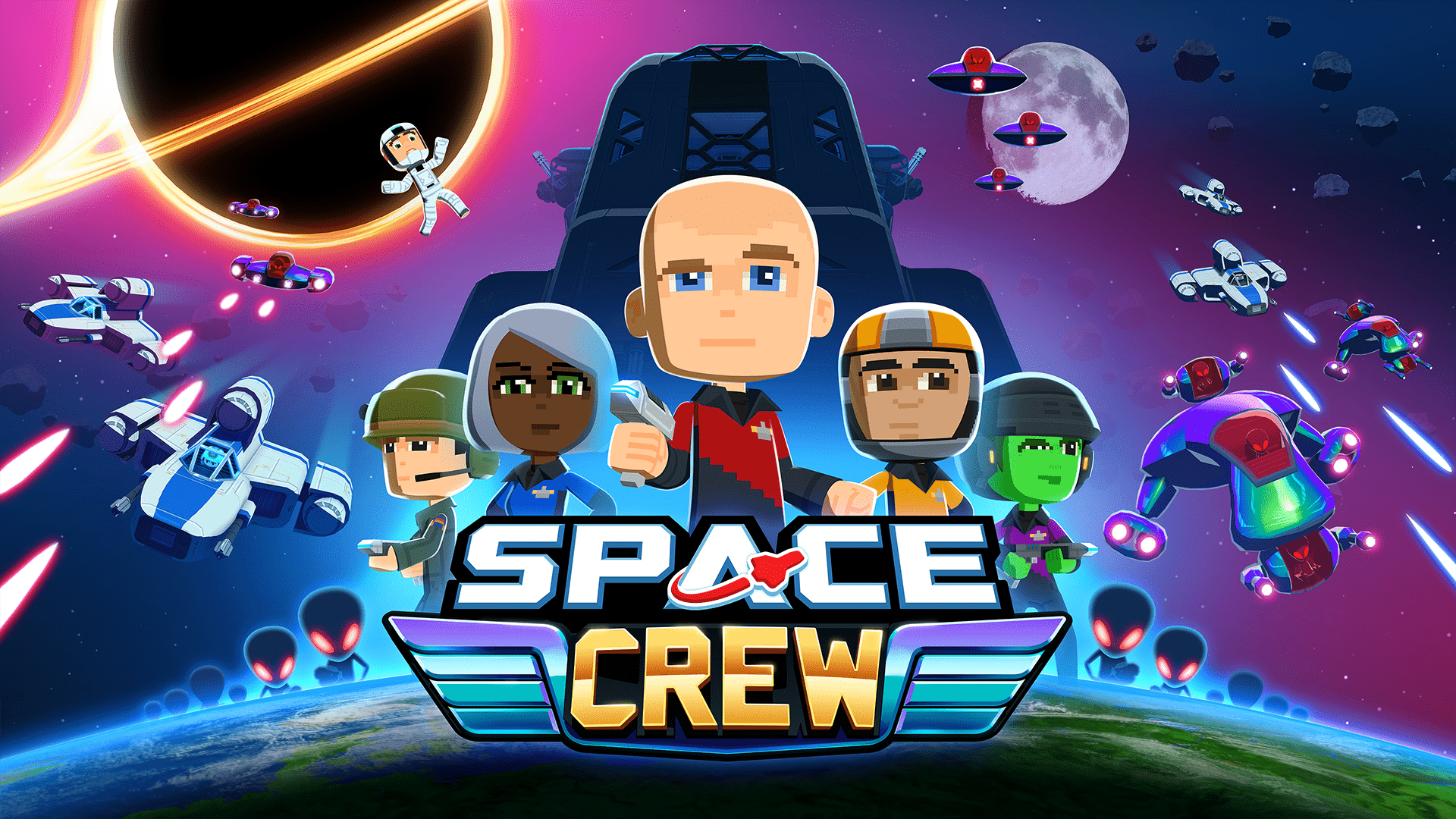 The number of simulator games on the market these days is incredible, but a lot of them aren’t really that challenging. Space Crew is another level and if you take your eyes off the ship of moments, there is a chance you end up with an inferno on your hands. Trust me, I have had enough of these now to safely say STAY AWAY from them. The team over at Curve Digital bring you this extremely tactical space crew/ship simulator, which is very much like their older classic Bomber Crew. Just in space this time and not on board an aircraft. So how did I fair? And will I be taking my career further? Keep on reading to find out.

Starting the game on with a tutorial mode is the correct way to develop a sim game, otherwise, you run the risk of been stuck in your own little world without a clue as to what to do. With Space Crew you are guided fully on your first mission, which helps get to grips with the controls and UI.  It doesn’t stop there, for the next set of missions are you introduced into a whole load of functionality for your ship and what you can do. From putting out fires to stopping invasions, it is all there.

So the ship I started with was the glorious purple ship, The Gibbous Moon. I have no idea where the name came from but it suits the craft pretty well. You have various rooms within your ship ranging from cannons to the upper control deck, I soon came to realise that one of the most important of the rooms in the central reservation. This is where one your engineers sits, This guys helps you control your generator and where the power should be directed. Sounds like a little task, but if you need extra firepower this guy can help, if you need shields, he will be there for you. The hard bit is getting all of this balanced during combat, especially whilst trying to ensure everything onboard your craft is running smoothly.

Each of your crew members has different talents, for example, if your ship needs repairing anyone can do it. However, if you get one of your engineers on the job it is done a hell of a lot faster. As you progress through the missions you unlock character abilities which can really help your missions. Along with this you also unlock a ton of crew gear, like most games this can also change your crew characteristics and which assist you greatly on your voyages!

The UI used to control the ship is extremely effective and by doing the above-mentioned tutorial you get up and running with it in no time. Within the main game when you get outside of the tutorial, there are plenty of missions to keep you going. To keep it simple, the developers have labelled how easy each one is as well. This means you can pick and choose your missions depending on how much time you have. Missions can take anywhere between 20 minutes to an hour, however, a lot are quite similar.

The missions themselves can be quite slow, but they do get more interesting as you progress. They also get a lot harder with a lot more things you have to look out for, including ship invasions. The controls can be quite fiddly, however, getting used to them is key as I often wrongly selected items/chars for tasks. Luckily, you are provided with a nifty short cut key which passes time. This one is extremely helpful when going long distances. It gets you there a lot quicker so there is no waiting around.

Having played Bomber Crew I knew exactly what to expect when it came to the graphics. The graphics are nowhere near AAA standards nor are they realistic. However, they are in line with the fun game that its meant to be. They are quite cartoon-like, but pleasing to the eye when playing. There wasn’t anything rough around the edges like you see with some games like this which was also great. Silly little overlooks like this can be quite annoying, however, they did a great job.

I can sometimes struggle with the colours on strategy games like this due to my colour blindness. However, for me, everything looks ok. There was nothing I couldn’t find, for example, there have been times in games where it advises select the Purple Rocket, and I literally have not been able to see it. Space Crew has a fun vivid colour scheme which I imagine ports across all platforms extremely well.

The first bit of audio that I actually noticed was in the tutorial, it was quite regimental which fits as you are taking orders from the tutorial bot. There is then the audio track for when you are looking at your ship this is quite intense as you are flying through space. It puts you on edge as you are just waiting for a UFO to come by and start blasting you.

This leads us nicely onto the sound effects, the main ones that stand out are during attacks. If I said to you, make a noise like a spaceships phase gun, you would be pretty spot on. However, this isn’t a bad thing that it’s a predictable noise. For me its also a bit of nostalgia, it’s the noise we all grew up with from the cheesy sci-fi movies of the 80s. And that is some treat!

To be honest, I think longevity on this game will be completely down to the player. For me, on first pick up, I played around few hours just cruising about the galaxy doing the missions. Along with repeatedly dying and retrying.  I revisited the game a few days in a row and still found it enjoyable. It obviously does get quite repetitive, so if you get bored easily I imagine its a game you will pick up and put down every so often.

Space Crew didn’t blow me away, but I also wasn’t a disappointment. It was extremely familiar to me due to Bomber Crew. It was enjoyable and quite relaxing to a point, and if you enjoy the slower simulator games then I recommend giving this a go. I would like to see some really innovative DLC packs that really set this apart from Bomber Crew. It also NEEDS a Red Dwarf collab because that would be EPIC. Again content like this would bring me back time and time again. I give Space Crew a Thumb Culture Bronze Award