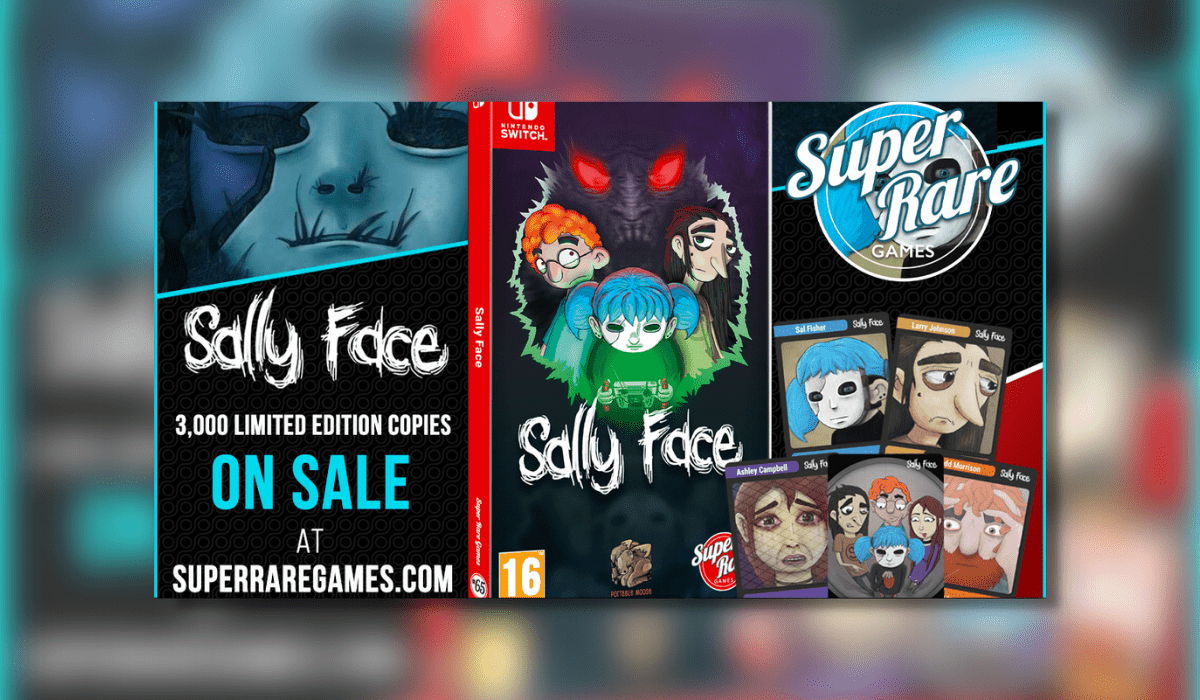 In a joint announcement by Super Rare Games and Portable Moose, they confirmed several special editions will be available to purchase from 10 March at 6pm (GMT).

Sally Face for the first time will receive a physical edition release on Nintendo Switch and the team at Super Rare Game confirmed that fans will be spoilt for choice with the options available. These limited edition runs will only be available via superraregames.com

The following special limited run versions will also be available, so get in quick to secure one!

This psychological horror game follows Sal, a young boy with a prosthetic face. As he attempts to solve a mystery surrounding a string of strange murders on the outskirts of his small town. With your handheld video game system that’s modified to talk to the dead, can you crack the case?

You follow Sal’s unsettling move into an apartment filled with strange tenants and a crime scene. You will discover bizarre characters, from Sal to his companions, to ghosts, phones and the strange residents of the apartment.

Sally Face has unique hand-drawn art style combined with a chilling soundtrack aiming to give you an experience unlike any other! It is inspired by 90s cartoons and your own nightmares.

Handcrafted by a solo dev. Everything you’ll experience in Sally Face from the artwork to design and music is the handiwork of Steve Gabry. Even down to the sick guitar riffs!

All editions will go on sale at 6pm (GMT) on March 10th and will ship shortly afterwards.

In the meantime checkout the trailer below: