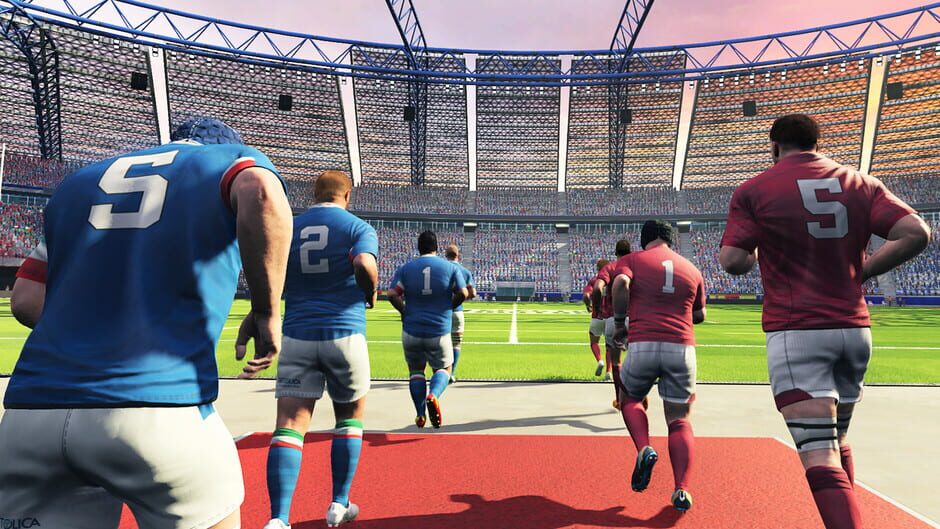 Just in time for the 2020 Six Nations comes Rugby 20 from Developers Eko Software and publishers BigBen Interactive. Rugby has been poorly served by the video game industry over the years although to be fair it is not the easiest game to convert to the pixel format. However, given that both American Football and Baseball have seen successful sims in recent years it shouldn’t too hard to cater to those ardent egg chasers out there should it? Rugby 20 is the latest edition to a franchise which appears to be operating on a biannual basis. Rugby 18 was not particularly well received by critics and players so can Rugby 20 finally be the game to break the mould. Read on and find out. 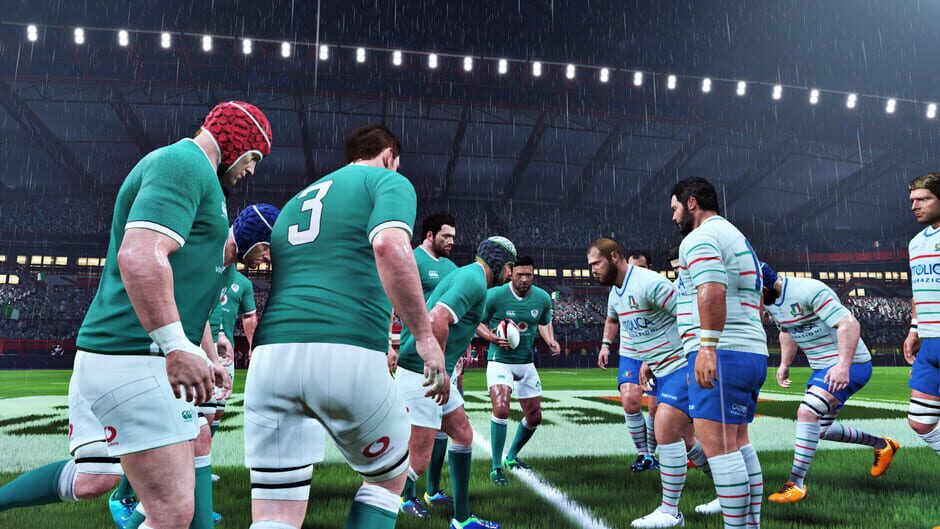 One of the biggest issues I have with Rugby 20 is the lack of depth in the game modes. There is your standard pick up an play “Quick Play” mode which can be single-player or multiplayer both online or offline. “League”, allows you to play one season in one of four officially licensed leagues, these being The Gallagher Premiership, French Top 14, French Pro D2 and Pro 14 or the ambiguously titled Nations Cup which is a sort of World Cup mode. Sadly there is no Six Nations license or any play beyond one season in the four licensed leagues. Finally, there is also a FUT clone (albeit a simple version) called Solo which you can access after creating a team in the My Squad section. You can earn points in all game modes that allow you to purchase in-game packs to help you build your team. It sounds promising but there really isn’t much to it and it simply lacks the depth of FUT which it is obviously trying to copy. What Rugby 20 really needs is a proper in-depth career mode with management and coaching aspects in far greater detail than the current game modes provide. It’s, therefore, a shame that the devs opted to create a FUT clone rather than investing in a decent simulation mode as is found in other sports games. 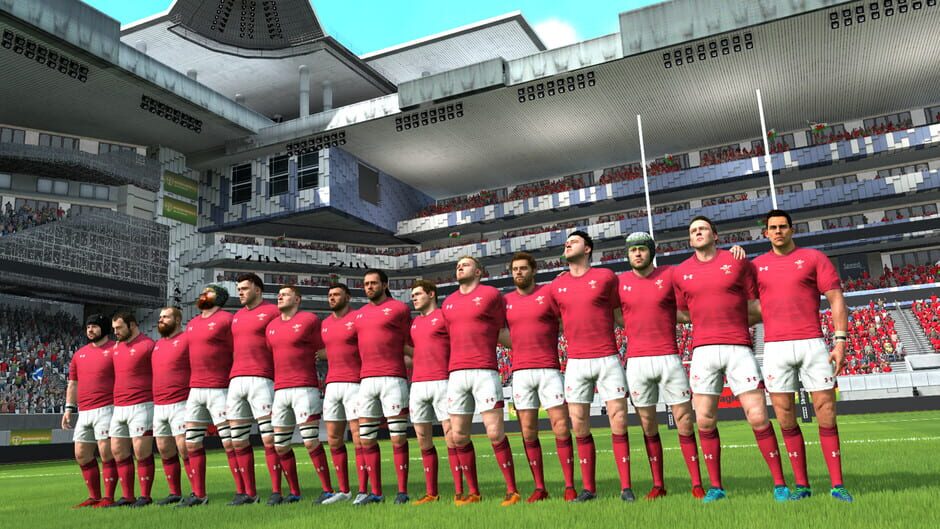 The other major issue with the game is the clear lack of licences. Whilst Rugby 20 boasts of having 69 teams with over 2000 licensed players and four licensed leagues it is the missing big-name teams and tournaments that could have really elevated the game. England, Australia, New Zealand and World Champions South Africa are the most notable absentees. Coupled with absolutely no licensed stadiums and seemingly no ability to edit teams and players (not that I could find anyway) this is a real let down. It’s a real shame that the devs have been unable to get the licences although to be fair it is never an easy thing to do and can be prohibitively expensive.

So how does it play. The first mistake I made was to launch into a quick play game without probably trying to get to grips with the controls. With many games you can get away with this however Rugby 2o is not one of these. I was thrashed and spent the majority of the game aimlessly punting the ball across the field. A quick trip to the tutorial mode soon put things right, however. As is the theme of this review I felt the tutorials lacked depth and were very basic. They are however essential if you want to stand any chance of getting on with the game. With a complex tactical game as Rugby it isn’t easy to come up with a simple control system. Although the use of the shoulder buttons made absolute sense for passing, I still bizarrely found this the hardest thing to master. Making progress down the field wasn’t easy and it isn’t just a case of running the length of the pitch scoring try after try. You need to be tactical and patient and build your attacks. This is not something that will come to you straight away and Rugby 20 is a game you will need to put the time into to master. For me, the most satisfying part of playing the game was defending. You can really feel the crunching tackles and it is a joy to counter ruck and effect a turnover. Set pieces have their own controls and can be frustrating. I still haven’t won a line out and found the QTE system used for scrums a bit annoying. Kicking is tricky unless you are directly in front of the posts and needs the effort to master. Rugby 20 is definitely a game for the hardcore Rugby fan as opposed to the casual player and you need to have a good understanding of tactics and game mechanics to succeed. With time you can master the game and it will become enjoyable but many will give up before reaching a level where they will get the most out of the game.

In a word poor. Very disappointing and more reminiscent of a PS3 game in all honesty. To compound the problem the animations are rather clunky and glitchy. Hopefully future patches will sort out the bugs but they won’t fix the graphics. There are a few recognisable players but they are few and far between. The crowd animations are very 2D and this is not helped by the gameplay angle in all honestly. Often weak graphics are compensated for by compelling and excellent gameplay but sadly as stated above this is simply not the case here. The overall presentation is what is often described as “broadcast” style and owes a lot to FIFA and other recent sports games. The unlicensed kits jar with the licensed ones and detract from the overall appearance of the game. Definitely room for improvement. 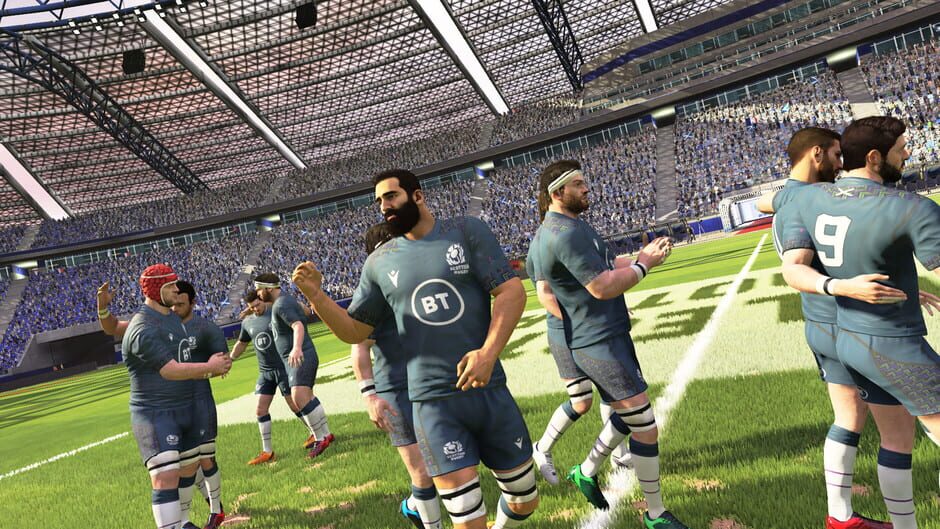 The commentary is hit and miss and lacks variety. The fluidity of other sports games is missing and it is painfully obvious that the commentary has been stitched together with a different tone and volume making sentences sound a bit robotic. Sometimes the commentary bears absolutely no relation to what is going on on the pitch and is often repetitive. The most annoying thing was when playing as England (who as stated above are unlicensed) the commentators occasionally used the correct names for players despite the fact that the names on the roster are fictional. A little bit naughty given the lack of a license and it may be that a future patch does away with this. The crowd noises are ok but don’t really enhance the atmosphere. The best bit of the audio is the sound effects especially when you perform a particularly crunching tackle. All in all could be better with more atmospheric stadium and crowd noise and less generic commentary.

In my humble opinion the game lacks depth. It is crying out for a career mode. The solo mode is basically FUT light and the fact that the licensed leagues only appear to allow you to play one season is disappointing. I think that if you invest time in mastering the game you will come back to it but I think the casual gamer will be quickly put off and not return. Die-hard rugby fans are more likely to invest more time in it than the casual gamer so the longevity of the game will definitely depend on which of these two camps you fall into. 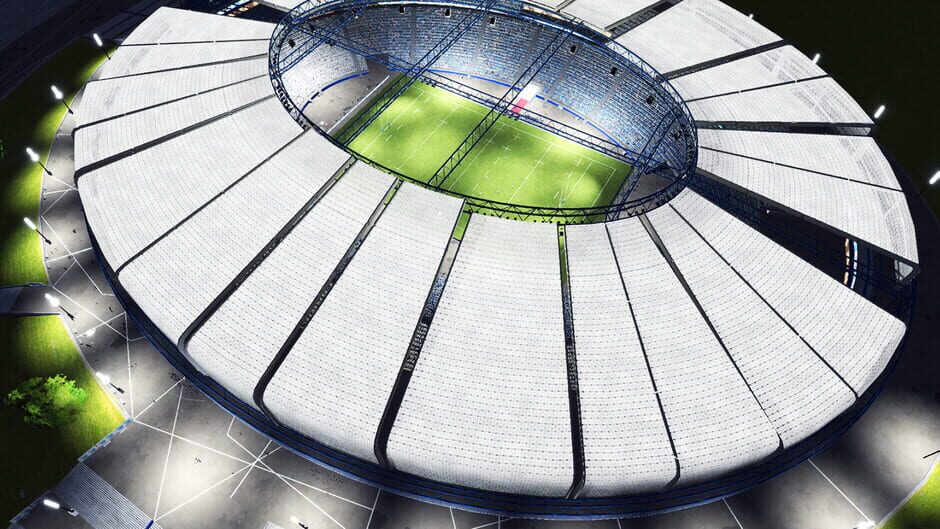 I must admit I was really looking forward to Rugby 20 and just like I was before England kicked off against France I was full of excitement and anticipation. Unfortunately just like England’s chances of achieving a Grand Slam this year, my hopes were quickly dashed. To be clear, Rugby 20 is not a bad game and ardent Rugby fans will find much to enjoy and get their teeth stuck into. The lack of licences and average graphics could have been saved by top-quality gameplay and game modes but sadly the game ultimately fails to deliver. I quickly became frustrated and the ultimate lack of depth and the fact that it is not really a “pick up and play” kind of game means I am more likely to fire up my PS3 and play Rugby World Cup 2015 than play this one (I may, however, be the only person who likes that game!). As I said in the tagline a good try but not quite there. It’s encouraging and hopefully, Rugby 22 (presumably the next game in the cycle) will be a further improvement on the franchise.