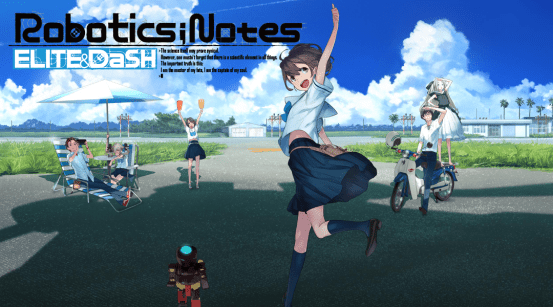 Robotics;Notes Double Pack has been officially announced by Numskull Games and Spike Chunsoft Inc. This double pack will release this year on October 16th for the Nintendo Switch and Playstation 4. To top this off we have confirmation that the European and Australian versions also have a boxed variant.

For fans of this franchise this double pack will be popular, it comes with both Robotics;Notes Elite and Robotices;Notes DaSH-. Also included (if you opt for the boxed editions) is a collector’s pin badge set. However, The boxed editions are limited in numbers. So if you want to get your hands on one of these get your pre-orders sooner rather than later.

Both of these titles are coming to the west for the first time! Fans of titles like this usually have to import, I can imagine this will excite a few people. There will be over 60 hours of gameplay with some intricate storylines to unlock along the way. Head over to the Numskull site for further information!

Let us know if you will be pre-ordering the boxed edition in the comments below!