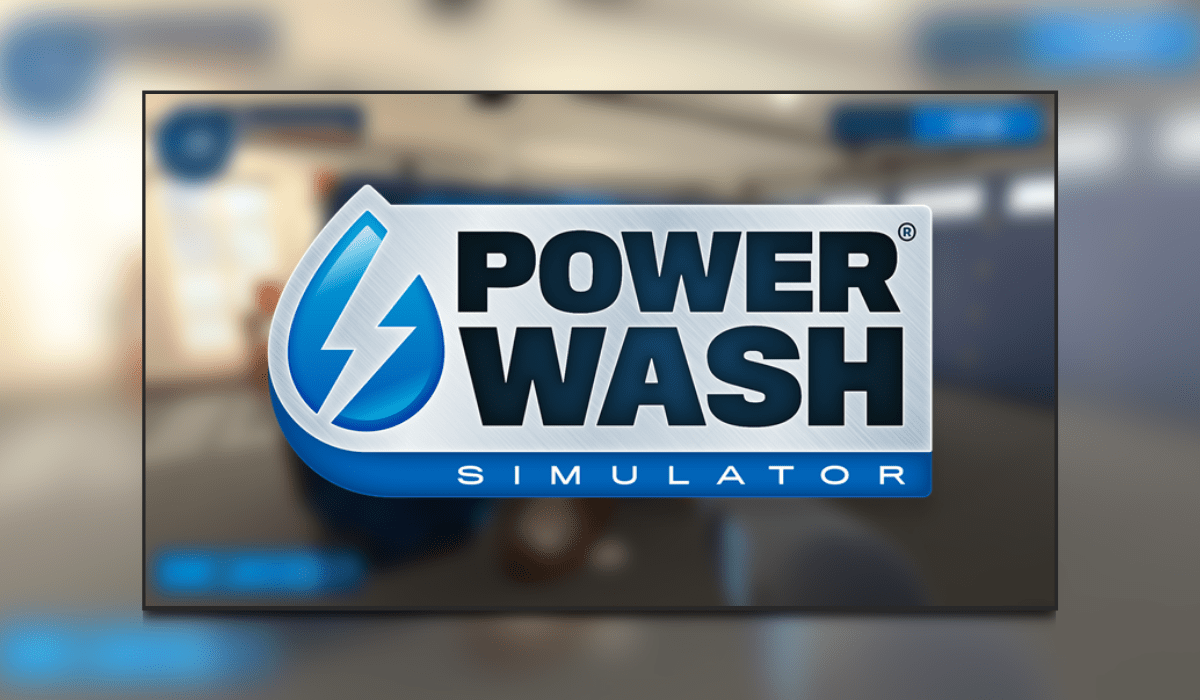 Futurlab has officially released the latest title they have developed and published into early access. It is a title that we have seen all over the gaming channels on social media. It also looks like one of the most satisfying simulators to this day. We are indeed talking about PowerWash Simulator! At only £15.99 (at the time of writing) on the Steam store, I am excited to jump in and do some cleaning. A sentence which I have never said before.

The escape from cleaning, where you… clean?

Simulator games for me can sometimes be extremely boring. On the other hand, they can sometimes be the most ridiculous addictive game since some of the old school MMO titles. However, PowerWash Simulator on the cover is essentially a cleaning simulator? Which is one of the household task which can be extremely boring. Does it get any better on screen? Keep reading to find out.

As the title suggests you are the power washer operator. It is your duty to clean, conquer and clean some more. On loading into the game, you can jump straight into career mode and learn the ropes. Your first task is to clean your van. To be quite honest, it’s pretty bad that you let your van get that dirty, especially as you have the tools for the trade. Anyway, you make your way around cleaning your van, learning everything there is to know about what you need to do. PowerWash Simulator is extremely easy to pick up and it’s one of the reasons why it is such a relaxing title.

After the van you are then presented with a new job, this time around the job gets a lot larger. You have a whole host of objects and a garden to clean. If you get here and think that this is challenging, then wait until you see what lies ahead. As you move from job to job you keep on getting amusing quirky messages through on your tablet. To keep it spoiler-free I won’t be mentioning any of them here, however, I do recommend you take notice. They can be quite amusing. The idea is then to just keep cleaning, with no hidden agenda.

Within the game you start off with a basic power washer, however, as you progress through your jobs you earn money. With the money earned, you can buy new heads for your power washer or if you save enough you can upgrade. I highly recommend saving and upgrading, the higher power washers are a massive help. Within the shop, you can also purchase soap. This pairs with the soap dispenser upgrade for your power washer. Soap within the early access is a slippery slope, as there is a limit on the amount of money you can earn in the early access. This means if you buy too much soap you won’t be able to upgrade the best power washer available at the minute. Although the soap does help a lot when cleaning, the benefit of having the best power washer outweighs this.

Although PowerWash Simulator is another sim game to join the mass market that we have, it does bring something else to the table. Having spent a lot of time on this during quite a busy time in my life might I add, it is quite clear that this title really draws you in and gives you a sense of zen. I think if you are struggling with mental health or have a busy lifestyle and need a little escape. Then PowerWash Simulator could give you that breathing space needed to take that well earned time out.

When it comes to the graphics they are by no means realistic. However, that is not the look of the game. For an early access game, they are extremely polished. The surfaces are nice and smooth and metallic objects really shine through. There are some great textures in PowerWash Simulator even down to the grime that covers everything that needs to be cleaned.

With early access titles, you can sometimes expect bugs, graphical issues and sometimes the dreaded game crash. PowerWash Simulator for me plays like any other full release game. I experienced no issues. There are some reports of what is called a 1% bug, however having done a lot of reading about these, it is sometimes a bit of dirt that you just missed. Having said that, games go into early access for a reason. So you if do pick PowerWash Simulator up. There is a Discord where you can feedback to the devs!

In relation to audio, in-game there isn’t any background music. This is why the game is nice and relaxing and can be quite serene in places. You can hear the birds chirping away in the background as you go about your business cleaning up.

As far as game time goes, I think this is one I would rather not look at. This game is ridiculously addictive and it’s a shame cleaning in real life isn’t! In the early access version of PowerWash Simulator, there are currently 8 locations that are pretty sizeable! The Skate park is huge and then to follow that you are presented with a massive fire station. Alongside these there are various vehicles that you need to clean, I suppose you could class this as side missions. Then last but not least you have the special missions where you get to clean the Mars Rover and then there is a sandpit cleaning mode.

However, Do not let this number of levels fool you. They do take a lot of time and a lot of attention to detail, sometimes finding that last 1% to clean (without using the cheat button) can be really difficult to find. So there is currently more than enough to go at and replay. I personally would probably only play each level once, however, I can see that this is only early access and can imagine the developers will be adding new content in line with the game’s roadmap.

Despite being an early access title, this game has a lot to offer. As mentioned above this could be more than just a game for some. It could be that mental retreat that you need from your day to day work. It could also be an escape for anyone suffering from their mental health. PowerWash Simulator is not only relaxing, it genuinely takes you in. Currently, I have a lot going on in life, a busy full-time job, Dad of one, going through the adoption process, just had a car crash and my wife is setting up her new business. PowerWash Simulator took my mind off all that because I was so focused on jet washing a skate park. 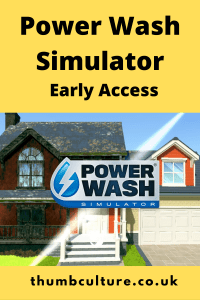