We were recently lucky enough to get sent a set of these awesome headphones to review and what better way to review them than to use them across all devices, and across all media types.

So without further ado, I present to you the Plantronics RIG 500 Pro ESport Edition!

So taking them out of the box was straight forward, after mere seconds you are greeted with the beautiful metal exoskeleton of the RIG 500 and I was immediately surprised at how light the headset was. Weighing in at 323g it feels incredibly lightweight, weighing less than my Astro A40 headset.

The dual material ear cushions felt great to the touch as well as the volume dial built into the headphone jack. So if you are connecting direct to your PS4 or Xbox controller you have the volume control right at your finger tips, although why you would want them any lower than maximum is beyond me!

Getting the RIG 500 all setup as you can imagine is a piece of cake. Quite literally plug and play. Headphone jack goes into the corresponding formats input and you are away. Once you have connected the boom mic to the main body of the headset it flips up to mute and back down again to carry on speaking.

So enough about the unit itself, how does it actually function and is it any good?

Well I have had a bit of a mixed bag with this one. Being an owner of the Astro A40’s and the Mix Amp Pro I decided to start by plugging the RIG 500 into the Mix Amp to see if it gave any extra functionality to the headset. The results were mixed, while it gave me the ability to change the mixing of game chat and party chat, I didn’t feel that it improved the sound quality of the headset. I unplugged from the Mix Amp and went straight into the controller instead and off I went. The 50mm drivers in each ear gave a great audio performance and with a frequency response of 20 Hz–20 kHz you feel every low rumble all the way to the high pitched noises you might associate with gun fire zipping past your ears.

If you are connecting to the PC the headset comes with a different cable that has an inline volume control, however during my test I didn’t really make use of this feature, instead opting to use the windows volume control.

One thing that this headset does come with is Dolby Atmos, included in the box is an activation code for this technology which gives you incredible 3D audio when using the headset. This code works for both your Xbox One as well as your Windows PC. Using it gives you fidelity in the sound that is both amazing and immersive. It certainly helps to bring you closer to the game and thrusts you deeper into the action!

Having used this headset for a good few weeks, it has been used across a number of devices from PS4 and Xbox and even connected to my phone to listen to some music while at work. Anything you throw at this headset it just handles with ease. The sound quality is great!, although you would expect that when the headset would cost you around £140 from the Plantronics website.

My only complaint would be that the headset is a bit pinchy. As part of the design it has an automatic resizing headband which does sit nice and comfortably on your head, but after a while it starts to press in a bit behind the ears. Now don’t get me wrong, I do have a large cranium, but after using this headset for a while and going back to my Astro A40’s the difference was night and day. Maybe this loosens up after more time, who knows.

So who would I recommend the RIG 500 headset too? Well most likely someone who is looking for a new headset, but also someone that doesn’t quite have the budget to move up to the A40’s or Turtle Beach equivalent however craves for a headset that straight out the box will give them great sound and also cross platform compatibility so that they do not have to buy one headset for each of their systems. 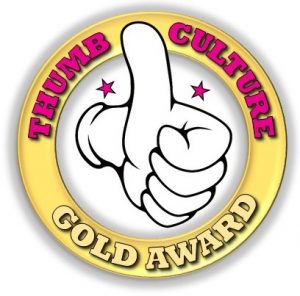