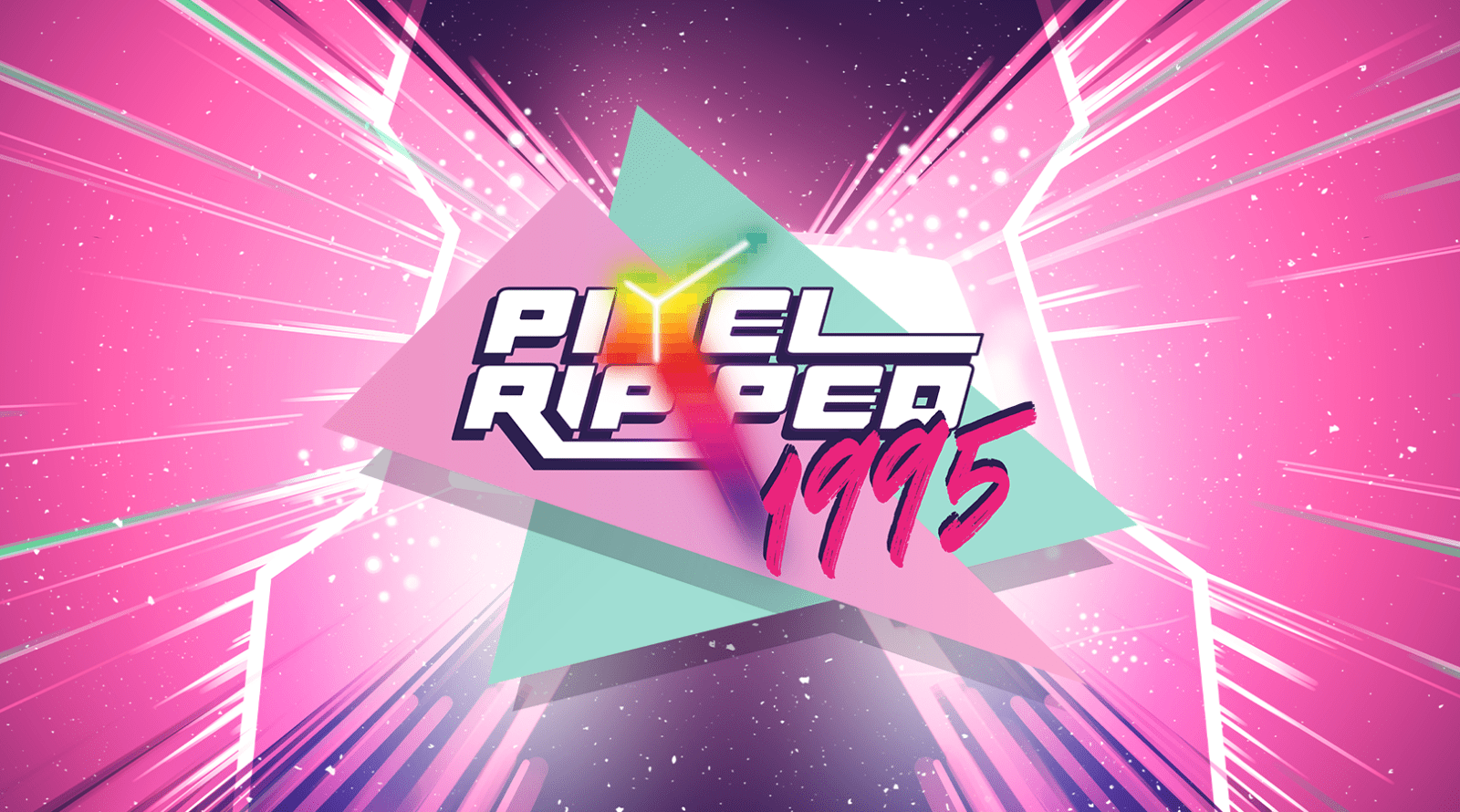 For many of us, the 90s were the best times of our lives. I remember the excitement of receiving a new game for Christmas and playing it endlessly. Voices in the background slowly morphed into white noise as I was transfixed on the adventure at hand. Pixel Ripped 1995, a sequel to Pixel Ripped 1989, successful recreates that feeling in one of the best PSVR games currently available.

You take the role of Dot, a brave heroine, who needs to stop the evil Cyblin Lord who plans take over the digital and real-world! In order to succeed, you take over the body of the world’s greatest gamer…Dave. Together, can you save both worlds?

The developers, Arvore, have another, more poignant narrative running through the game. Not only does Dave have to save the world but he also has a complex life. His mother is struggling with work, his dad is incompetent and the 90s media is slaughtering the video game industry. Both elements intertwine perfectly to create a meaningful narrative that accompanies the incredible gameplay.

The game truly is the Inception of video games. Yes, this is a game within a game. You interact with the ‘real world’ whilst playing on the CRT. Due to this, you are constantly multi-tasking, ensuring that you don’t die in the game and succeed in whatever real scenario is taking place. Not only is this unique and entertaining, but it’s also something plenty of gamers may have experienced themselves. I for one, have fond memories of playing Super Mario World late at night and quickly turning off the television when hearing my mother coming to check if I was asleep. Due to this, playing the game is a joy and I don’t think I stopped smiling throughout the 2 to 3-hour experience.

Pixel Ripped 1995 continually develops in order to keep the gameplay feeling fresh. Whether you are platforming or beating up street thugs, the not so subtle nods to the classics will make you fall in love with this game.

Boss fights are a highlight of the game. Not only do they merge the worlds in unique ways, but they also add layers to the gameplay which can make for some stressful moments! Unfortunately, the developers have lowered the difficulty compared to its predecessor but that is the only issue I have. Everything else has been improved upon making this title a must for PSVR owners.

Graphically, the game goes for a Pixar-esque art style which suits the world perfectly. The environments reak of the era and due to this, you lose yourself in the game. The bright and wonderfully rendered world has been lovingly crafted with countless references that will keep gamers amused.

In terms of performance, Pixel Ripped 1995 runs perfectly. The motion tracking of the Dualshock is brilliantly implemented and adds to the immersion.

For those who are fans of retro sound design, you are in for a treat here. Each level has a soundtrack that has been lovingly created to reference the games that it is paying homage to. On top of this, the 16-bit sound effects also add to the authenticity of the game, making each level feel different.

The voice acting and general dialogue are extremely entertaining. From overhearing conversations about ‘which is the best console’ to conversations between parents, you’ll be continually amused by the overall sound design.

Unfortunately, the game is rather short with little replay value but I urge you to not let that put you off. You could do a second run-through for collectables and trophies but it’s the first time experience that will stick with you.

Pixel Ripped 1995 is a charming game that will keep you smiling throughout its duration. With a range of clever ideas and amusing references, fans of retro gaming will feel at home here. Although it’s a short trip back to the 90s, it’s definitely worth the price of admission. I give the game a Thumb Culture Gold Award!

This atricle was written by Jaz Sagoo

It is the year 2020... A year where Microsoft struggled to really demonstrate why their machine was the most powerful on the market. Yet they...