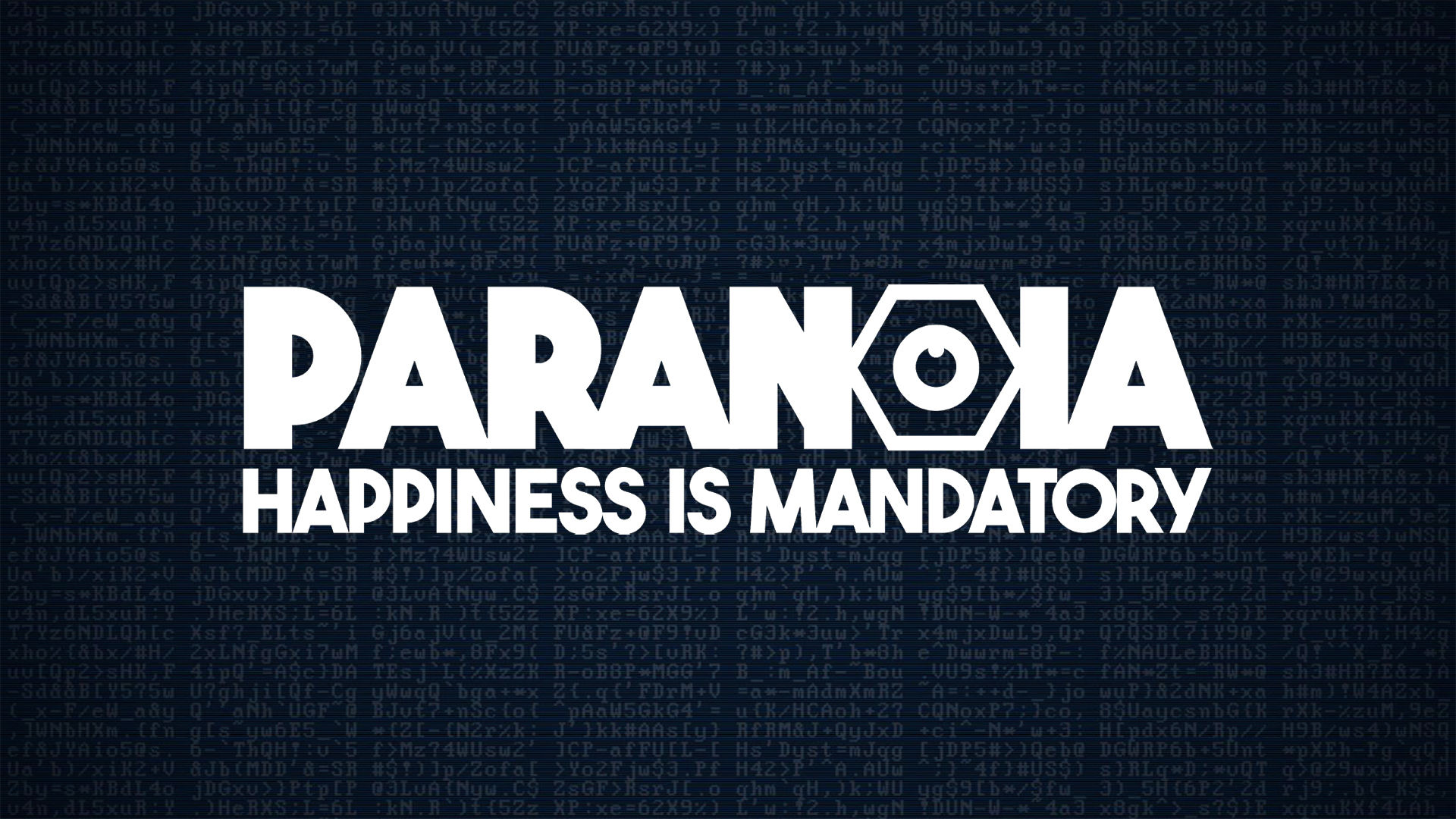 Think Big Brother meets Red Dwarf meets the Fallout Vault meets Black Mirror and you’ll have an idea of what recently released CRPG Paranoia: Happiness Is Mandatory is all about. Developed by Black Shamrock & Cyanide, published by BigBen Interactive and available on the Epic Games Store for Windows PC, Paranoia does what it says on the tin from the outset.

Happiness might be mandatory in this game, but it’s certainly not an easy mindset to get into. Especially with the all-seeing Friend Computer breathing down your neck at every turn.  So, how do you ensure the survival of the happiest when you don’t know what the hell’s going on? Let’s dive in and find out.

Paranoia throws you in at the deep end from the beginning, waking you up from your cloning tank and walking you through the tutorial bits of your character, inventory and actions via the means of some quite comedic dialogue interactions. There’s plenty of information presented to you in the game’s initial sequences, and at times it’s hard to know if this is done to intensify the sense of confusion and paranoia, or just because there’s a lot of context the developer wants to cram into your mind.

Either way, it works well to set you off on a nice little journey of ‘what the hell’s going on’ from the off, and to be honest, I’m quite into it. You progress through the initial chapters of the game with a bit of trial and error; I was zapped into a nutrient paste before I’d even got through level 1 because I gave a cocky response to the digital overlord you come to know as Friend Computer.

Navigating the world of Paranoia is tricky when, as Team Leader of a band of Troubleshooters, you’ve always got one eye on your treason level. Any minor infraction in the Alpha Complex (such as walking into a corridor that’s above your level) can increase your treason level. For this reason, you’ve got to try and keep as squeaky clean as possible while you’re playing. Not always easy when trouble is around every corner, and the surveillance cameras follow your every move.

Gameplay is fun at times and irritating at others. Combat is one of the game’s major weaknesses, in that there’s no real sense of challenge or even engagement with your enemies. You only get five clones to work with, so if you die, you have to go right the way back to the briefing room again. This is kind of an oversight, for me, and does begin to make the game feel repetitive.

Despite this, the dialogue is amusing and encourages you to think carefully about the choices you make. In a world where anything you do or say can get you instantly terminated, you need to refrain from independent thought to stay on your toes. And always stay happy, that’s an order.

There’s an element of familiar retro-futurism in Paranoia which speaks to me on an RPG level. It’s very smoothly crafted, and I didn’t experience any glitches. Graphically, the textures and stylisation are well-rendered, and the game ran smoothly for me at 60fps on Ultra High full-screen resolution settings. If I’m being completely honest, I wasn’t a huge fan of the top-down camera style, but that’s probably just personal taste.

I found it awkward at times to balance the navigation of my character with the inability to fully rotate or zoom my camera’s view. Ultimately this got really annoying, but not enough to stop me from playing the game. Additionally, the look and vibe of the Alpha Complex became a bit ‘samey’, which was a tad disappointing after a while. Mixing up the scenery a bit could have made more of an impact.

The initial cinematic sequences of Paranoia set the classical notes of Peer Gynt Suite No.1 ‘Morning Mood’ by Grieg against a technological reawakening into a world of clones. It’s bizarrely satisfying, reminiscent of something out of Black Mirror, and works incredibly well to immediately grab player interest in the themes of the game. Background audio throughout the rest of the gameplay is of a retro/digital synth sound over a thudding beat, which enhances the experience of being immersed in this futuristic new life, and special effects work in harmony with the backing tracks.

Paranoia is the kind of game I suspect some people could enjoy playing over long periods. It’s a fairly interesting concept, with different ways to upskill and level up your character. I’d have liked the option to customise my character’s appearance to be gender-inclusive (women do exist, you know?) but again, that’s possibly a personal irritation that doesn’t detract too much from the enjoyment of this game. I do think that the potential to get bored is quite strong with Paranoia, but if you enjoy the CRPG format and you don’t mind some clumsy navigation, then you’ll probably have a lot more fun with it than I did.

Although some of the viewpoint mechanics weren’t to my liking, I was impressed with the originality Paranoia: Happiness Is Mandatory brought to the table. While the concept of waking up in the future and having to survive is definitely nothing new, the undertones to this game create some food for thought. It’s a clever take on modern issues about the future of AI and tech, and left me wanting more, in a good way. Paranoia: Happiness Is Mandatory is a game I’m giving a Thumb Culture Silver Award, mainly because it’s actually quite good, but also because success is mandatory, and failure is treason.