Dr Kawashima’s Brain Training helped make the Nintendo DS popular with non-gamers and as a result of this, Grannies and Mothers all over the world were putting down their knitting needles and picking up a stylus.

Fast forward to 2020 and Nintendo are back with an updated version of the classic, however does it still have the same appeal as previously? 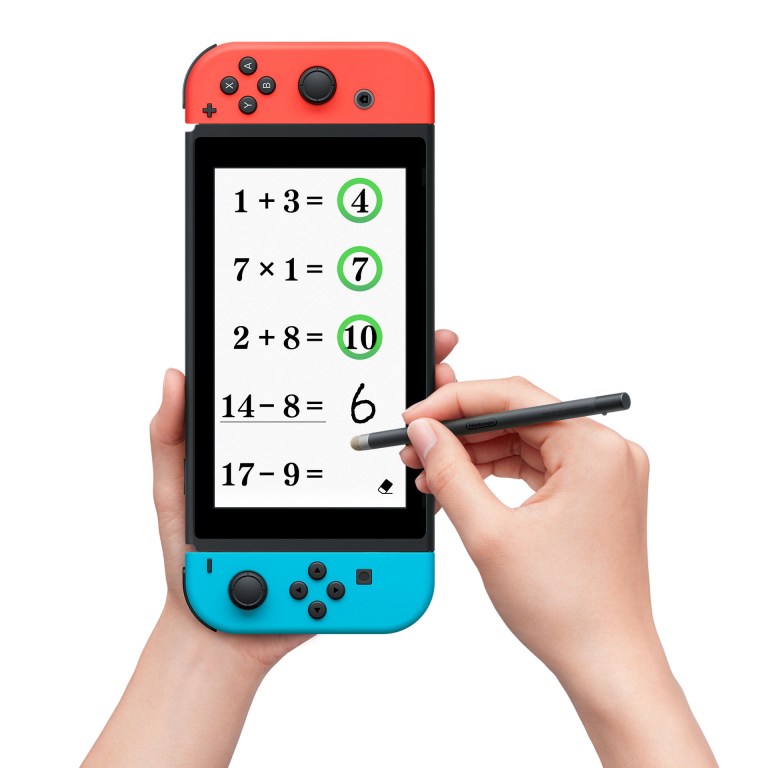 Following in the footsteps of its predecessors, Brain Training gives you a range of exercises to complete which helps you in preparation for the dreaded ‘Brain Age’ test! These training exercises focus around maths, logic and memory-based task, which I know doesn’t sound terribly fun but trust me, it is! Due to how the game tracks your progress, you constantly want to better your score and as a result, you’ll pick this up every day for a quick blast.

Focusing on the score, the ultimate score is your Brain Age. Here you will complete three tests which focus on using different elements of your brain: Self Control, Processing Speed and Short-term Memory. Following this, you are given a brain age, the lower, the better. Here is where you will realise that there is another area where your performance is below par, but don’t worry, you can improve without any sort of enhancement drug. Each day you will notice your Brain Age improve and it’s this sort of gratification that will keep you coming back for more.

As the game is centred around speed and playing in short bursts, it feels right at home on the Switch. However, not all modes are compatible with the Switch Lite which is a strange move as most casual gamers may opt for the cheaper Switch Lite. 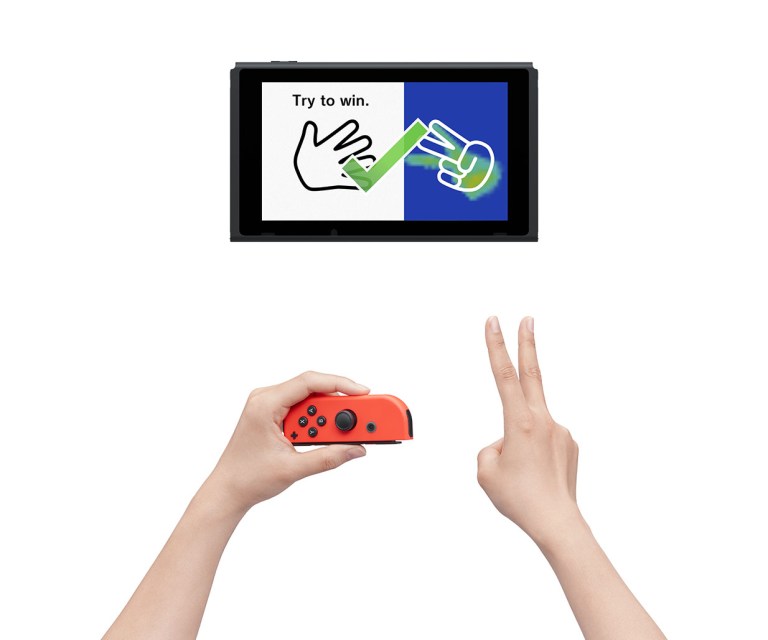 Fun modes for all (who have an original Switch) to enjoy!

The game has a nice clean design which is similar to previous versions. Graphically the game is basic but does it really need to be impressive? At the end of the day, no one is buying this game as a graphical showcase. They have even kept Dr Kawashima’s hexagonal shaped head but this all adds to the nostalgia.

The sound is basic with Wii era plinky-plonky sounds. Apart from that, there isn’t much else really. The sound effects are typical of those you hear on a game show when questions are answered. The absence of sound is to aid concentration, trying to do mathematical equations whilst pumping We Like to Party by The Vengaboys may affect your performance. 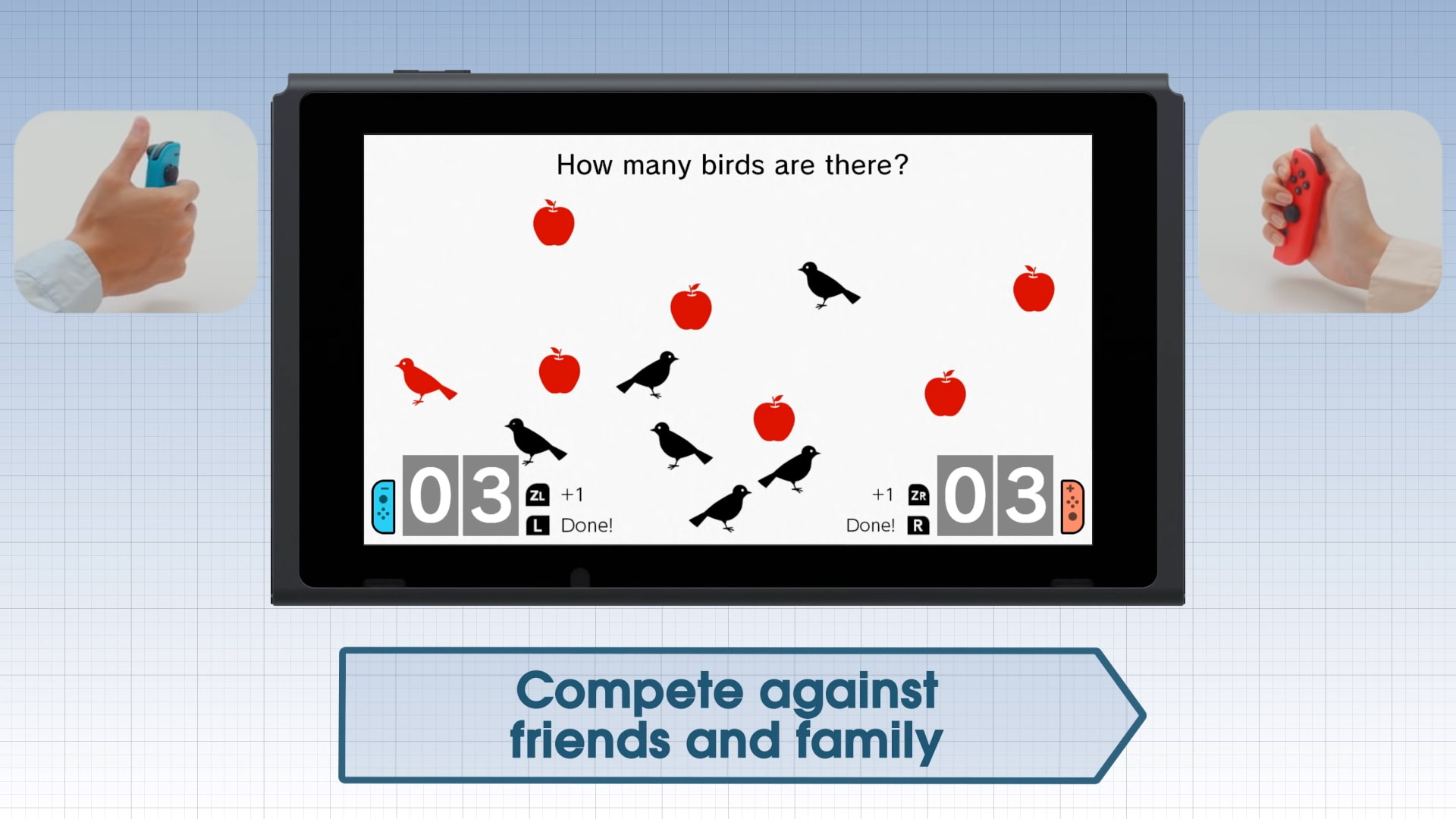 Competitive counting is where it’s at!

The longevity is pretty much endless. Due to the fact you are only expected to play in short bursts, I can imagine that the game would be constantly revisited by fans. On top of this, games and exercises are unlocked based on the number of stamps you collect, making you want to perfect your score on more exercises.

As this is a Nintendo game, you’d expect some multiplayer and this is where Quick Play steps in. Here there are six-party games where players can compete against one another. Three of the games use the IR camera on the Joycon. Remarkably, they pick hand gesture really well and this makes for a fun interactive way of playing the game. The other three games are head to head games which involve counting things at speed. It’s fun and definitely appealing to younger gamers, however, Switch Lite users will not be able to play any of these games.

I enjoyed my time with the game but I’m coming to it as someone who enjoyed the originals. My concern is the games target audience. Grannies and Mothers will probably not put down their knitting needles for this as they may have, or can get, similar games on their smartphone. Also, if you are a new adopter of the Switch and picked up the Lite version, unfortunately, you will be getting a lesser version. Technically, the game is impressive as it recognises your writing quickly. The only issue I had was with the number 5 but when I looked into it, there are settings to help the recognition of this number which sorted the issue.  As a result, I award Dr Kawashima’s Brain Training a Thumb Culture Silver Award!