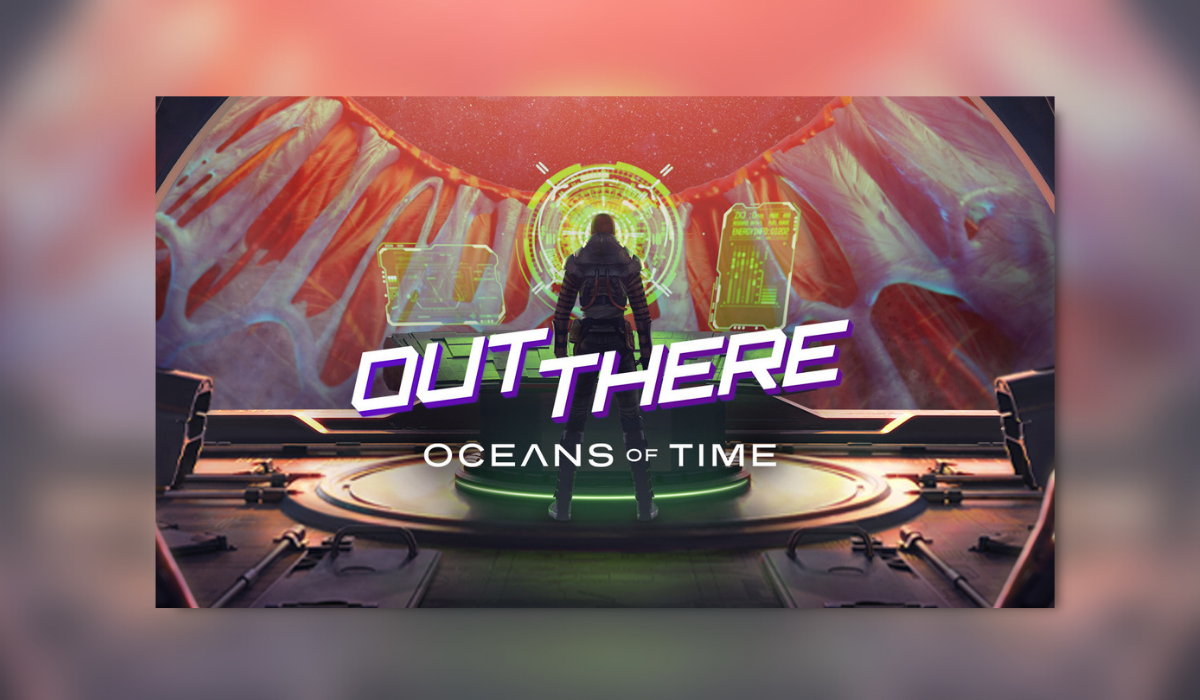 Developed by Mi-Clos Studio and published by Modern Wolf,  “Out There: Oceans of Time is a space exploration game that puts you at the helm of an interstellar mission of discovery spanning a vast and vibrant cosmos.” Releasing 26th May 2022, this title will be available on PC through Steam, Epic Games Store and GoG for £19.99/$24.99.

Captain, we have a problem!

As if transporting an evil demi god to an intergalactic prison filled with some of the most vile, destructive beings ever created wasn’t bad enough.. Now we have to fight off space pirates who seek to destroy the Vanguard and liberate the Archon! 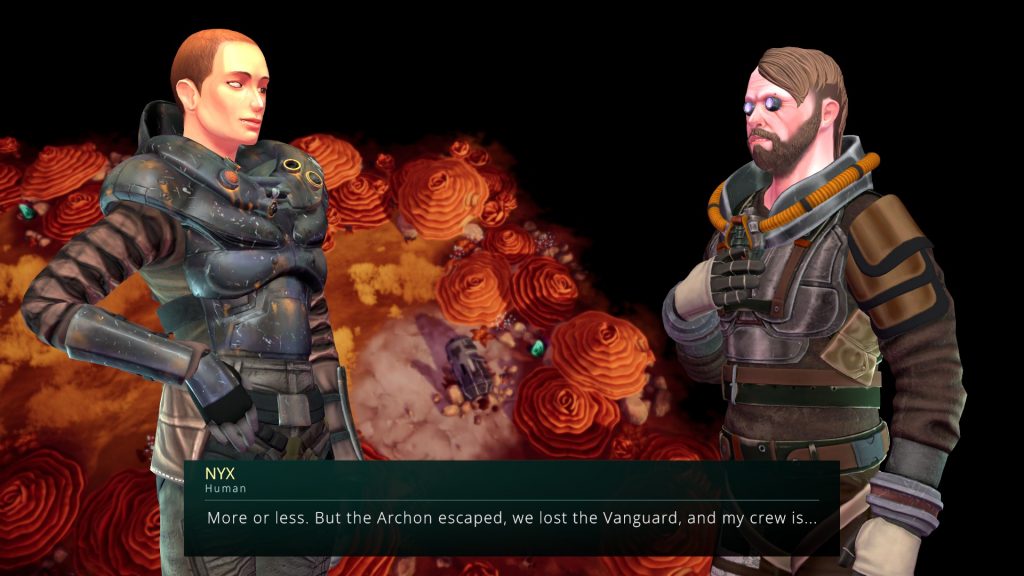 After awaking from cryosleep we find ourselves marooned on an unknown planet. We must have crashed in our escape pod. They’re programmed to seek out habitable planets, but the Vanguard is lost, our crew is missing – probably dead, and our chances of making it out alive aren’t looking great. Luckily, Captain Nyx is a survivalist. The gameplay is split between ground expeditions and on-ship spaceflight dashing between stars and dealing with any emergencies that arise, such as engine failure or hostile aliens.

Expeditions are turn-based and full of ‘text adventures, which are essentially dialogue-driven encounters in which the player is forced to make a series of choices – often between good or bad. Like finding a dying alien, do we take its belongings and leave it to die? Do we try to help it even though we’re short on resources? What kind of Captain do we want to be? These interactions lead to rewards – or punishments, which can be used/consumed to further the expedition or taken back to the ship as plunder. 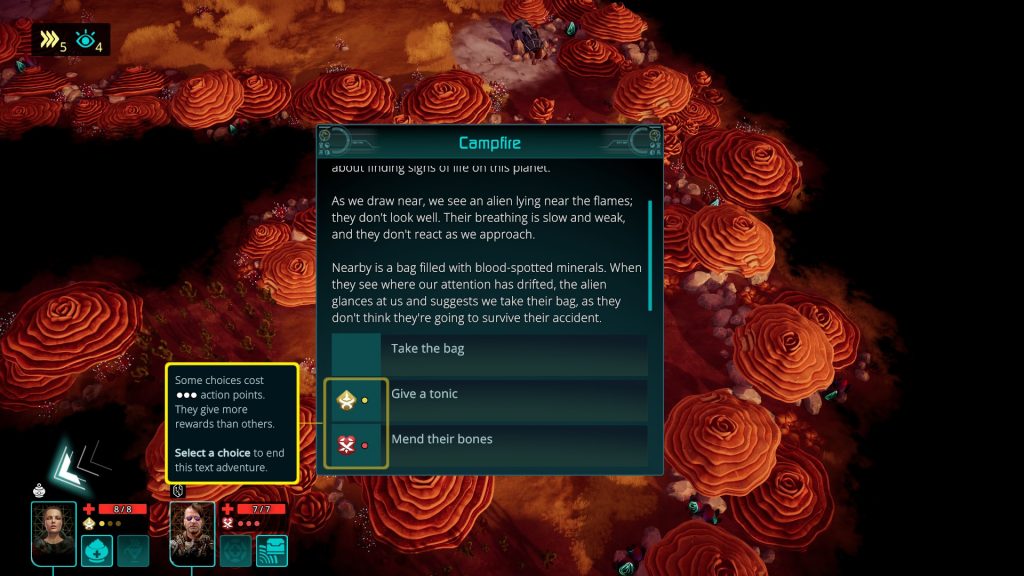 Out There: Oceans of Time has an incredibly intricate storyline which I won’t be giving away in this review. However, it’s definitely not a casual game. This is more for those gamers who enjoy lore, character development and building relationships.

I found the resource management aspect of the game to be confusing and difficult. Topping up one resource X, means we’re now short on resource Y. By the time you’re finished you can be worse off than when you started – making the game often too punishing. Finding a balance is key, and trial and error is really the only way to master resource management. This, unfortunately, spoils the expeditions, as expeditions require fuel, and don’t guarantee a reward worth the price. 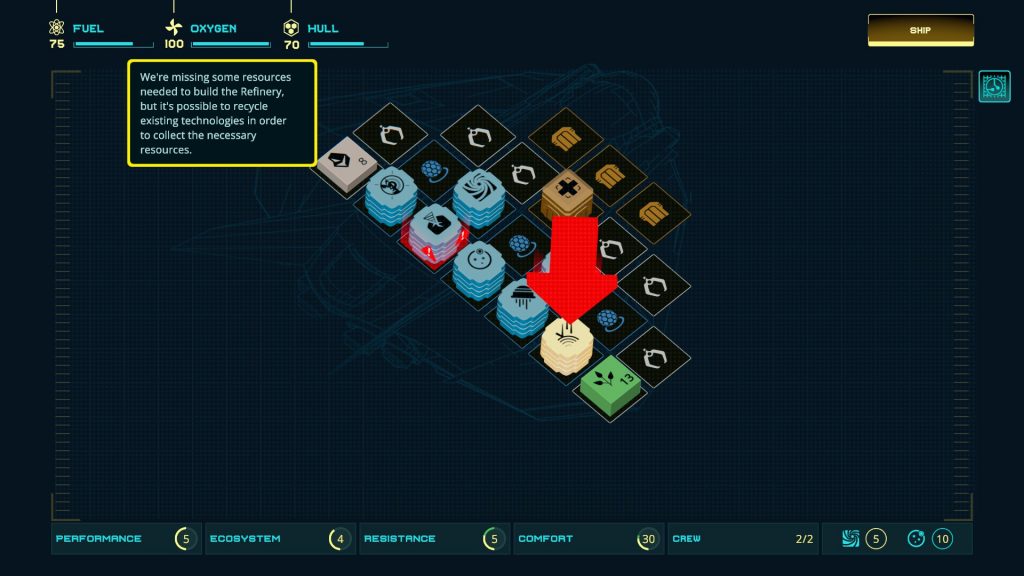 Played on a Ryzen 7, RTX 3070 and 32GB RAM, and there were no FPS issues, graphical glitches or screen tearing. Mi-Clos recommend 4GB RAM, Intel Core i5 3570k @ 3.40 GHz, and NVIDIA GeForce GTX 770. On a more positive note, moving away from the difficult to learn resource management system.. Out There: Oceans of Time is beautiful, creative, and really brings the cosmos to life right in front of you. With alien life stretching from all-powerful God Cubes to literal bones preserved in jelly, you really get the feeling that anything is possible, and you never know what lies around the corner or what you’ll be doing next. 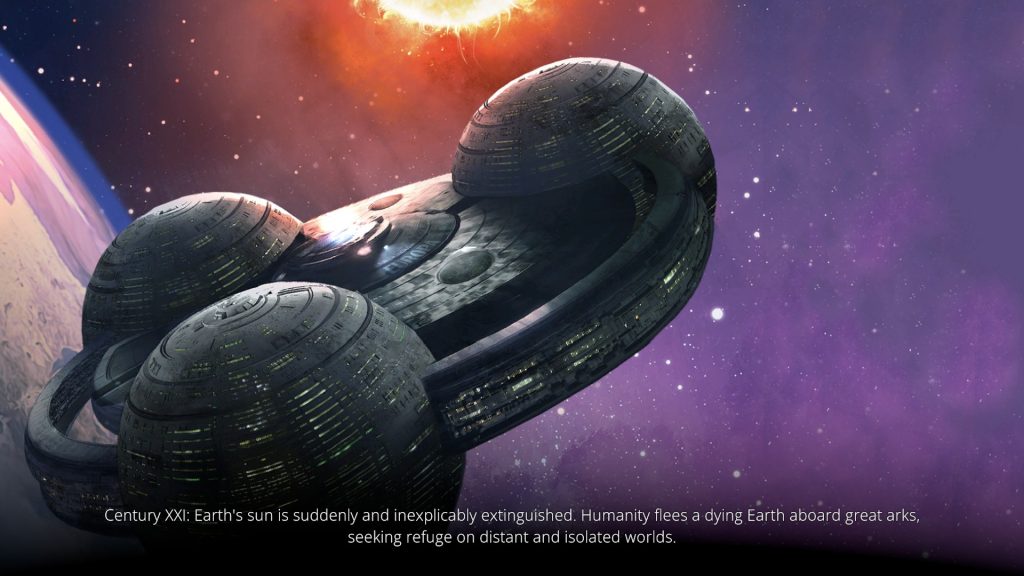 When it comes to the audio the developers have tried to create a baron futuristic wasteland. Sounding like they have been taken from a serenity playlist it vastly enhances the playing environment. With the subtle sound FX along the way, you are really drawn into the lore as everything meshes together.

All planets can be explored through expeditions, potentially giving the game an unlimited amount of playtime. Though this is offset by the fact that using fuel to take an expedition isn’t always a good idea. Is Out There: Oceans of Time is supposed to be a gentle story-lead exploration game or a more hardcore punishing roguelike?

Out There: Oceans of Time has solid foundations and the potential to be a great game. However, in its current state it’s confusing and a little lost. I think the developers need to fine-tune some of the mechanics, rework some of the others and decide whether this is a gentle story-based exploration game or something else entirely. I award Out There: Oceans of Time a Thumb Culture Bronze Award.