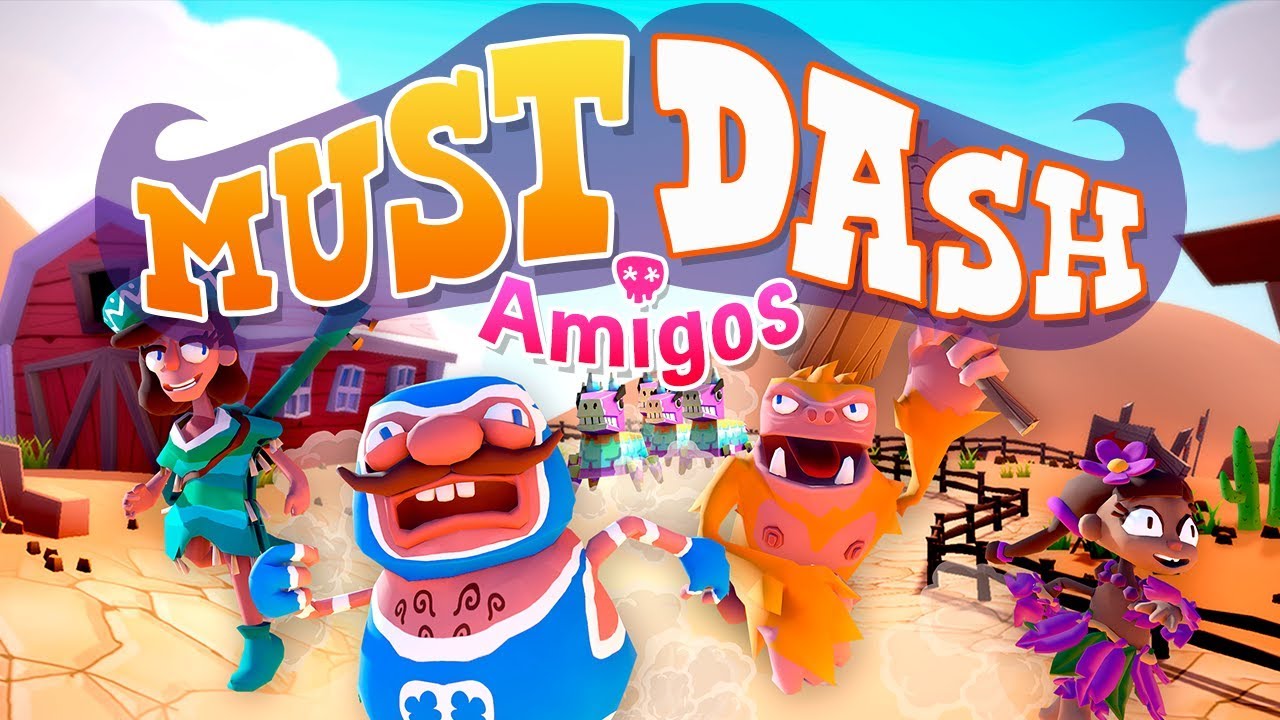 Must Dash Amigos by miniBeast Games is a top-down battle racer for up to 4 players that is filled with avocados and pinata stampedes. You can play single player & local multiplayer of up to 4 players. The game has just been released on PC via Steam on 21st July and is aiming to be released later on in the year on the Nintendo Switch & Xbox One. 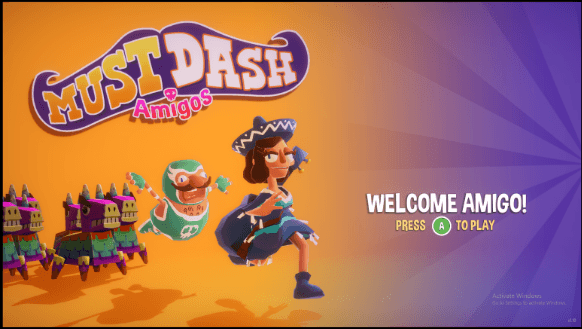 Your goal is simple, in “Race Mode!” you need to run, or should I say dash around the games 12 unique race tracks as fast as you can to the finish line, leaving your rivals behind you in a trail of dust. The controls are really simple in Must Dash Amigos so anyone of any age can pick this up and play right away, with 4 Playable Characters to choose from and the ability to change player outfits, there is some customisation available here.

But it’s not as easy as you think to just dash around the track the quickest, just as you do on “Mario Kart 8” and the new “Crash Team Racing” games, there are lots of items you can pick up on your route. These Spanish-style items you can collect include “Speedy Shoes”, which grants a temporary burst of speed when triggered, “Invincible”, summons a friendly bull to ride and attack other amigos and “Gwack-a-mole”, which transforms other amigos into avocados and slows them down, you can then use a mallet to swing at any of those avocados, instantly eliminating them, and many more items to collect. 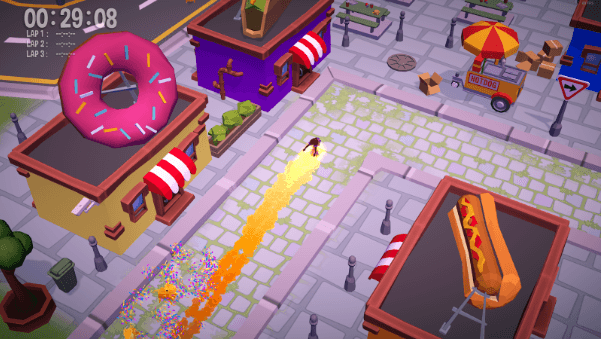 There are different modes for both single-player and multiplayer. For single player, you can choose Time Trials – where you race around the track as fast as you can for 3 laps or you can choose Challenges – which consists of “Double Trouble” – “Control two amigos at once and guide them safely around the track. If one of your amigos perishes during the lap or the time runs out then you will fail the challenge”. “Danger Dodger” – “Use all of your speed to escape the clutches of the deadly stampede. You must complete one full lap without getting caught otherwise you will fail the challenge”. “Master Catcher” – “Chase after and catch the mystical pinata”.

For Multiplayer, the options are “Race” – “Run fast and try to survive. You must be the last amigo standing”, “Battle” – “Knuckle up and wreck your rivals in a time-based event that pits you against your amigos in an arena”, and “Tourney” – “consisting of multiple events”.

The game looks nice with all its bright colours, the level design and cool animations of the items you collect for your character. You won’t need a high spec PC to be able to play this as its quite a small game. The game ran smoothly for me and I didn’t see any issues whilst playing it. 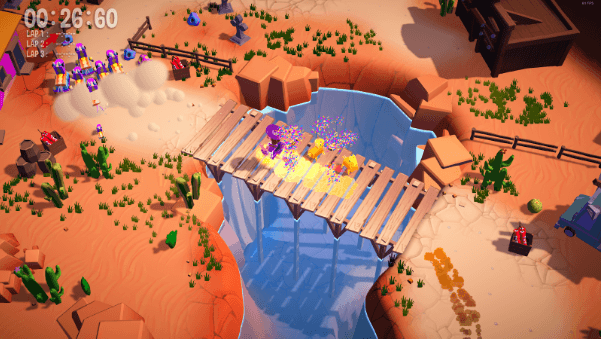 I would say it’s quite a quiet game, to be honest. If you’re running around in a time trial or partaking in a challenge, the only sounds you hear are little bits of the environment, the running footsteps of your character and then the items you pick up your character will shout out Spanish phrases, like “Arriba Arriba” and “Adios Amigos”. I think they definitely need to improve on the audio, they could, for example, turn everything that they currently have up in volume, and add some Spanish music to compliment with what is happening on screen. I just felt it was quite soundless.

You can have a little fun with this game solely but I think you would get bored real quick. In terms of multiplayer, this is where it resides. I could easily see myself playing Must Dash Amigos with 2-3 friends, trying to complete each of the 12 challenges that it throws at you. But then again, I think after a while or once you complete all those challenges, there’s not much replayability there, you may perhaps feel its run its course. Unless of course, they expand Must Dash Amigos with more levels, characters and challenges which I am sure they will in time as it elevates onto the Xbox and Switch platform, this could possibly entice me and other players to pick it back up again. 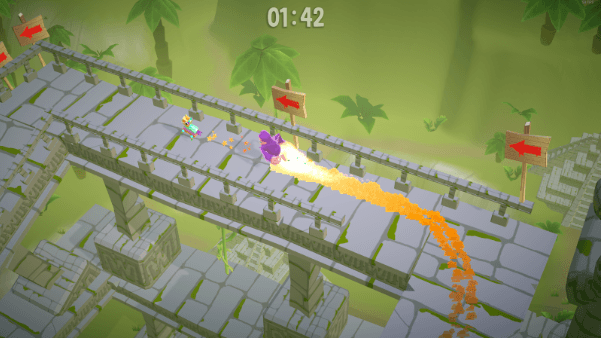 In my opinion, I wouldn’t buy this game unless it was part of a Humble Bundle deal. Its currently on Steam for £13.49 (usually £14.99) as they have a 10% promotion at the moment, but I would be disappointed paying that price after playing for 2-3 hours and getting bored.

Although I thought it was quite cool and quirky when playing it, for me, there isn’t a lot of content on Must Dash Amigos right now, but I will be keeping an eye on it to see if there are any of those all-important updates. I am awarding this the Thumb Culture Bronze award!