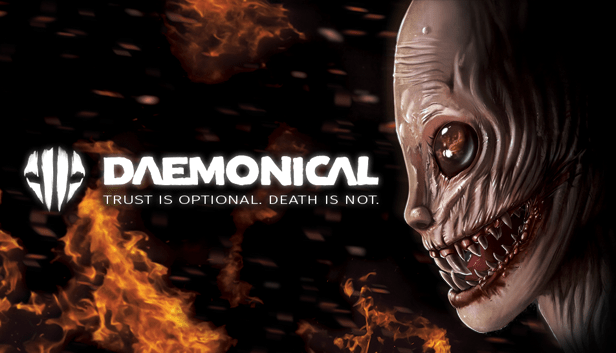 Finding yourself stranded on a remote island in a video game can never go well, so it’s natural that Daemonical is due to strike fear into players this May…set on a remote island with up to five friends…or at least, four friends, and one demonic creature. Developed by Fearem, Deamonical is a game set on a remote island, and tasks four players with the task of attempting to banish a demon back to the depths of hell by locating ritual pieces.

One unlucky player amongst the others has become possessed by the demon and is tasked with wiping out the team, however to start with, they’ll blend in, leaving them to build up trust, before ripping into their flesh. Players get to explore a large procedurally generated map and locate ritual parts, or they can wait until dawn arrives. Survivors are played in a first-person perspective, while the demonic player is played in a third-person perspective.

Death doesn’t mean the end for survivors in Deamonical, because upon death they’ll turn into a floating ball of energy and being able to freely roam, and be seen by the other players, lighting the way if needed. They can also lead players to their corpse for revival. Characters can be customised, and there will be positional voice chat, allowing for a more immersive experience, and could lead to strategic opportunities.