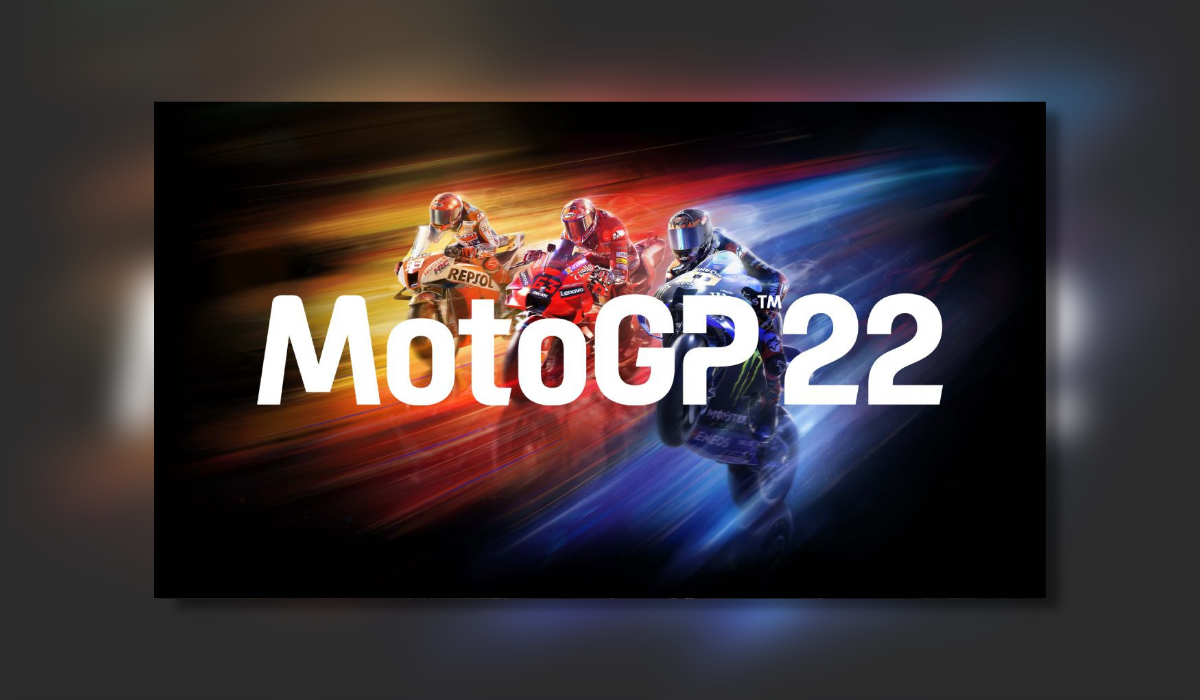 MotoGP 22 is the latest in the series, developed and published by Italian-based Milestone. Milestone are the minds behind titles such as MXGP 2021, Ride 4, Monster Energy Supercross 2021 and Hot Wheels Unleashed

It is available on Nintendo Switch, PC, PlayStation 4/5, Xbox One, and Series S/X.

In no way would I regard myself as a MotoGP fan. Despite my admiration for the riders and teams involved, I rarely have the time to watch. However, I have always been a fan of Formula 1 so I decided it was time for me to give the world of MotoGP 22 a try.

MotoGP 22 is Grand Prix motorcycle racing, aiming to deliver fast-paced nail-biting races that fans of the sport will come to expect.

I went with the PlayStation 5 version for this review, boasting new facial animations, improved 3D characters and pits. These will be obvious regardless of the version you choose. The management career has received a massive boost giving you full control of a choice of team, or even creating your own. In the career mode, you will be responsible for everything from bike development to the hiring and firing of staff.

Another new addition is the inclusion of a local two-player split-screen. Online play is cross-generation, this means Playstation 4 vs Playstation 5 and Xbox One vs Series S/X. This will come as a disappointment to fans who may have friends on different platforms.

There will be gamers like myself who decide to take the plunge into the world of MotoGP. Earlier I touched on being a Formula 1 fan, where I’ve been spoilt by Codemasters developing the F1 series of games since 2009!

I expected there to be a certain amount of a learning curve when moving from 4 wheels to 2 and leaning into the corners. The biggest problem that I had wasn’t with any of that, it was actually staying on my bike when going into the corners. I tried different camera views, turned the visual indicators on and even assisted braking in all with little to no success. Despite the games tutorial system, and talking you through customising these options I was still struggling.

I noticed that the default speed was Kph whereas I am used to mph, so I switched this over. This is where I suddenly found the answer to why I had been struggling. I was under the assumption that I had been taking corners at 60 mph however it was more like 120 mph. How could I get it that wrong?? The only way I can describe it is a massive difference between the perceived speed and what is happening in-game.
There was no feeling that you are going down straights at 180mph, even using the dualsense controller the only feeling I got was when I inevitably came off my bike on yet another corner.

Once I took all of these details away that I have come to expect from a racing title, I started taking corners better and smashing lap times. It felt like a hollow reward because I wanted that thrill and excitement to be present.

This is where MotoGP 22 hits. The improvements that have been made in character design alongside a new high-performance console give the game a huge boost. Visually the game is great and it is clear to see where the work has gone in and the PlayStation 5, Xbox Series S/X showing it off in all its glory.

Milestone has got to work on the issue of how the game feels because for me that is where it is lacking. This for me is at least partly a graphics issue. Show me 200 mph, and let me feel 200 mph in doing this you will have the best motorcycle game since Road Rash!  Photo Mode is a massive win and it is so strange because it is here that you can see breathtaking shots of your race.

The weather in-game is fantastic, the audio is clear and when using the Sony 3d Pulse headset with custom settings it sounded brilliant. If you haven’t looked at the custom options if you are using the same headset you are missing out. If you are playing through TV then you are still getting great audio but sadly missing out on the amazing feeling from a 3D headset.

It is always difficult to pinpoint with racing games, as it will vary dramatically if you play online. Expect to put 20 hours in for a full completion but career mode can increase that. The addition of the 2009 season here gives you that nice boost and a way to enjoy the game with clips from the actual season.

The online modes will keep you busy, however, it is always harder to review online portions of the game when there are limited users available.

It will not come as a surprise that I was left feeling disappointed by MotoGP 22 and I expect the same will be said by many players who have decided to give the world of Mot GP an attempt.
That being said there is a world of loyal fans who will see that the series is heading in the right direction and the improvements from MotoGp 21.

Quite a few people who I have spoken to regarding my obvious concern with the game have said that it has been that way for a while. This to me indicates that Milestone needs to get this fixed because it is close to being a massive hit, whereas currently it’s only just hanging on to that podium.