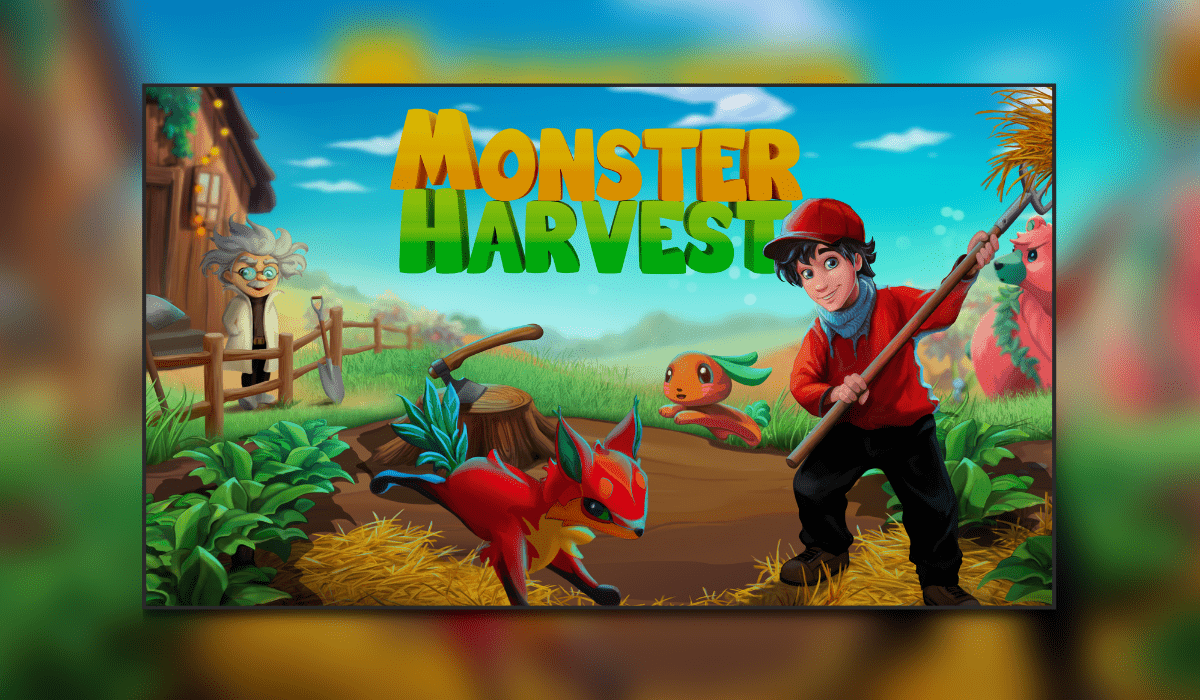 Monster Harvest, a pixel art title developed by Maple Powered Games and published by Merge games was released to us in August 2021. The title is available across most platforms and is out now.

Is This Just Another Farming Simulator?

I am always dubious when it comes to farming simulators, they can sometimes be pretty tedious. However, when they get the storyline right along with some epic gameplay. You can be onto a winner that will keep you entertained for months if not years. Join me below as I check out Monster Harvest.

Monster Harvest has a storyline that is very similar to other titles alike. A family member reaches out to who you haven’t spoken to in a while and of course, he is asking you for a favour. As he has been far too busy to look after his farm due to important research, he asks you to take over. You are probably now wondering what is this important research, don’t worry you find out straight away. No cliffhangers here. Your uncle has found a way to create plants that are crossed with animals. These are called planimals and form the main part of the game you are about to embark upon.

You start with an unkept farm and a little amount of money. From here, you need to get your farm sim game on and ensure you look after your crop. Planting, selling, and taking care of them is your day-to-day role, not to mention ensuring scavengers do not take your growing.

After you have grown your crop, it is now time to create your very own planimal to unlock the other side of the game, which is monster hunting. You then take slime that you received from your uncle’s research and you then have your first planimal. There are different planimals within the game, each one has its own recipe. You build your fighting team of planimals and then you can get involved in dungeon runs and battles. I personally found this side of the game more interesting. You do all of this whilst keeping your eye on the local competitors and researchers AKA the bad guys in town.

For Me, Monster Harvest reminded me of a few different titles we have seen in the past rolled into one. I have to admit the storyline felt a little lacking. This made everything else feel like a hard grind at times. Nevertheless, it was enjoyable to just jump on have short gaming sessions now and again. As recently my gaming time has been limited.

The graphics for Monster Harvest are stunning, it consists of some extremely strong pixel art graphics. From the shadows and pixel shades, you are provided with more than just a flat environment, like what we have seen from some of the others. This gives the game a little bit of depth on screen and assists with the gameplay as it’s a feast for the eyes. Especially for those who like pixel art titles.

On loading, you are greeted with what I could only describe as a cute themed soundtrack with twinkles with an underlying low tone that says you are about to go on an adventure. Throughout the game you have a very similar musical soundtrack, it is fairly minimal but helps bring the game to life.

I think this will all depend on what type of gamer you are. For example, if you are a completionist you could quite easily put a lot of hours into Monster Harvest. Then there is also the relaxed gamer, who isn’t overly bothered about a deep storyline, again they get a lot out of it. However, if you are the type of person that likes a gripping storyline with edgy twists and turns. Then, this title probably won’t keep you for that long.

I should really start by saying that Monster Harvest isn’t a bad title. Neither is it going to compete with some of the other games that are similar. However, if you are looking for a game to add to your list that you can just pop on when you are waiting for friends or even if you get it on a portable device, then it will keep you entertained.

For me, it feels very much like a mobile title and I don’t think by saying that it is a bad thing. I just mean that I could see myself playing this in short amounts on the way to work for example. However, I could not see myself eagerly waiting to hop onto it when I got back from work. I, therefore, give Monster Harvest a Thumb Culture Bronze Award.