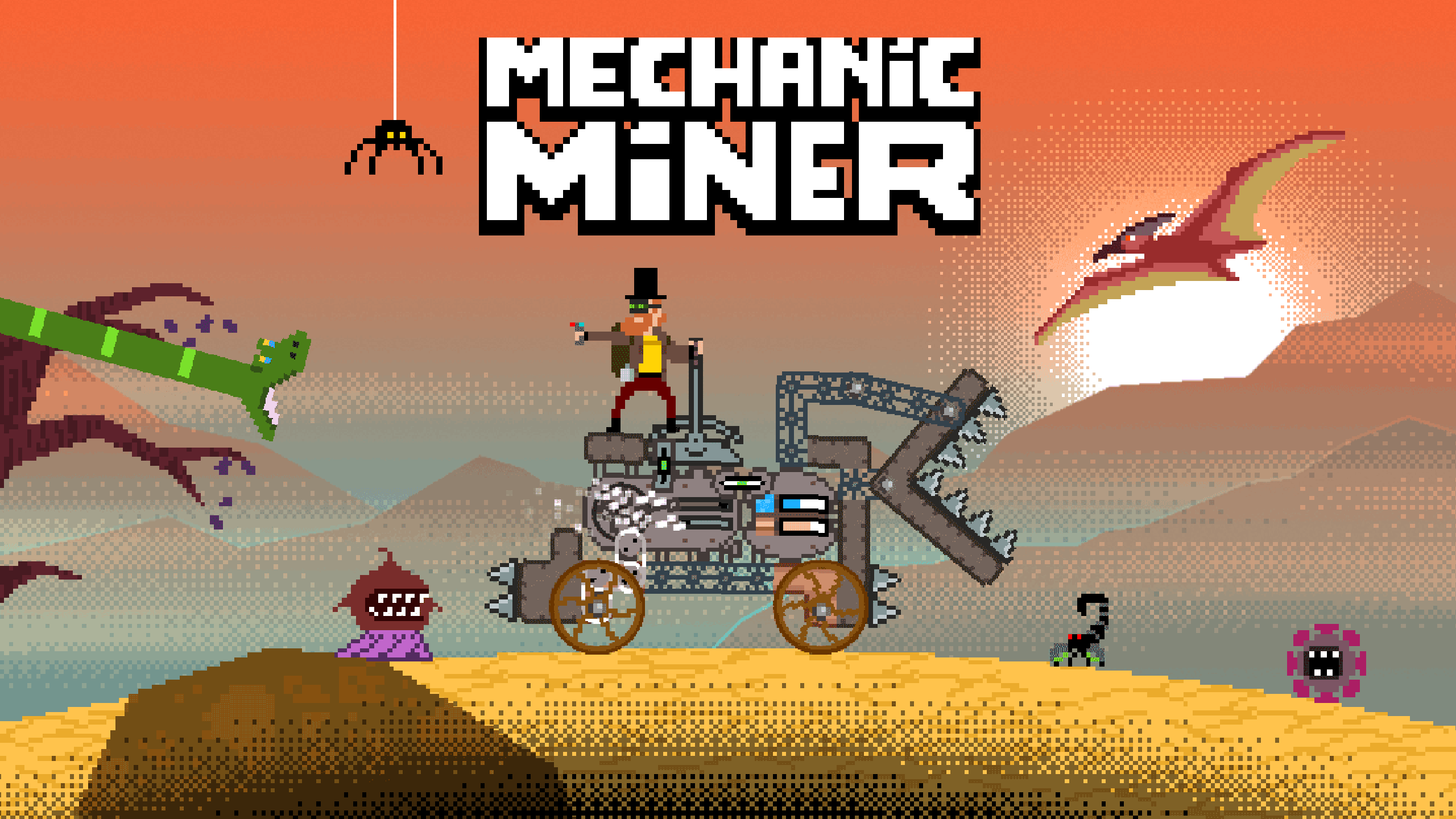 Developed and Published by Hello John, Mechanic Miner is a physics-based sandbox construction game where you build mechanical steam-powered machines to survive the strange and treacherous planet you landed on.

It’s currently in early access on steam and there’s no date for a full release as of yet. So let’s use some of these gears and get my steampunk contraptions working! 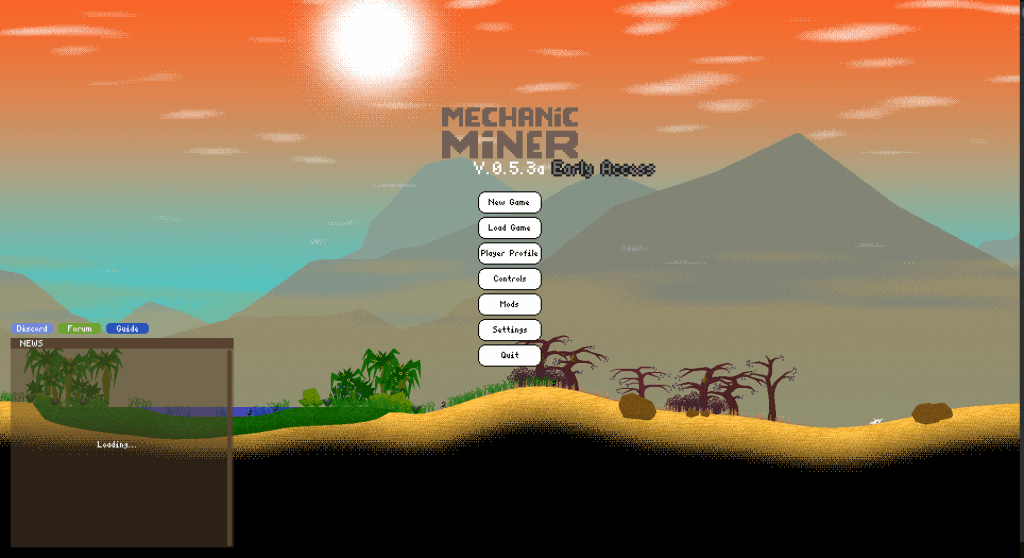 Mechanic Miner lets you construct any type of machine which spans from a simple water-powered box to an armoured tank, to a submarine or something that you just decided to come up with one day. Its a fairly open sandbox of tools which you can create some wacky designs.

There are 3 games mode; Story, Survival and Creative. 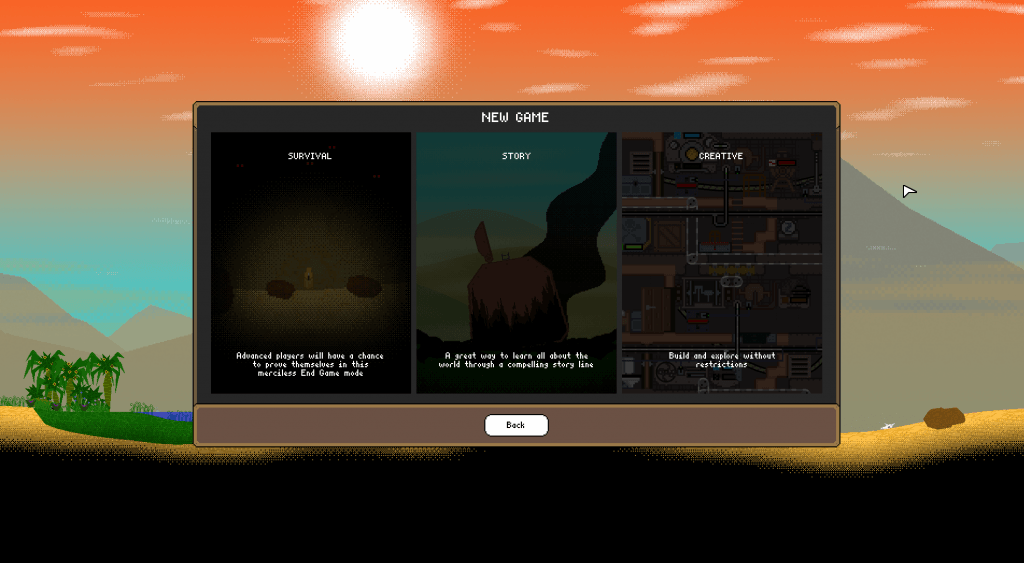 This is a MUST before you start any other modes in Mechanic Miner is essentially its an introduction to the game and it teaches you the machines of it. Without spoiling it, You get stranded on a strange and treacherous planet after a series of unfortunate events armed with the multitool that you brought from your home planet.

From there you are sent on quests ranging from using your multitool to mine for resources such as ores, coppers etc, along with water to power your machines. Then you are taught to build a contraption with your tool and this is all done while navigating the landscapes and avoiding harmful creatures along the way.

I enjoyed the story mode as it was a very nice introduction to resource gathering and building and a push in the right direction. Once you complete the story mode or essentially a long, in-depth tutorial you are ready to explorer other modes the game has to offer. 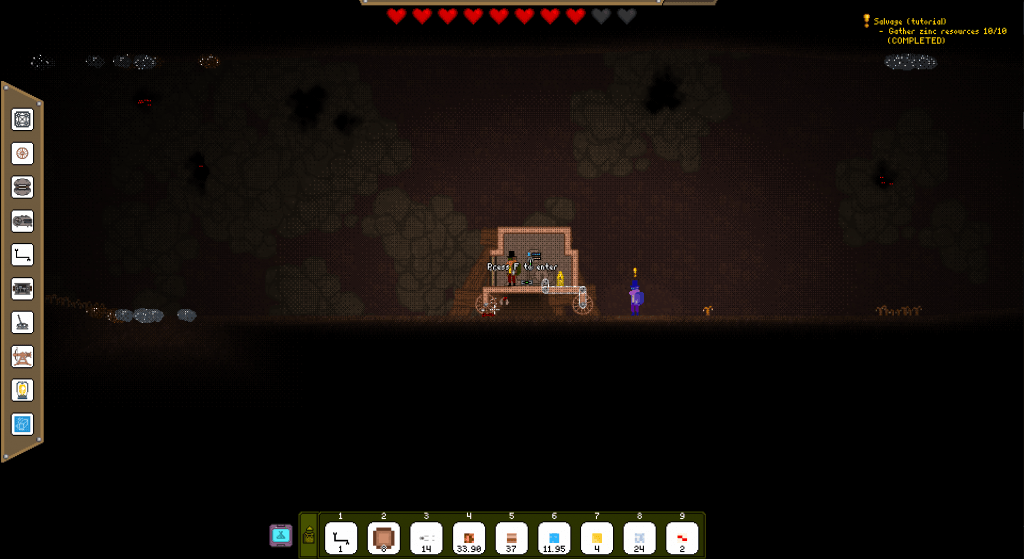 After understanding what you have learned in story mode, Mechanic Miner’s Survival mode drops you on the planet with no resources, no help, and armed with just your multitool.

As you expect, you need to go get resources before you start doing anything. Once you have found a few places to get materials, you can then build a simple device to assist you and from there, you can expand on resources and build a bigger machine.

The planet can be harsh and a few times I found myself in situations where I ended up dying from monsters and all sorts of beasts to which you need to restart again. This mode can be frustrating and feel you need to be almost a master of the game for you to get a good grip on how to survive.

That saying, I still enjoyed it but I kept forgetting how to do little things and was in a state of switching back to story mode for a refresher before going back into survival mode but I guess that’s the points. You have to survive. 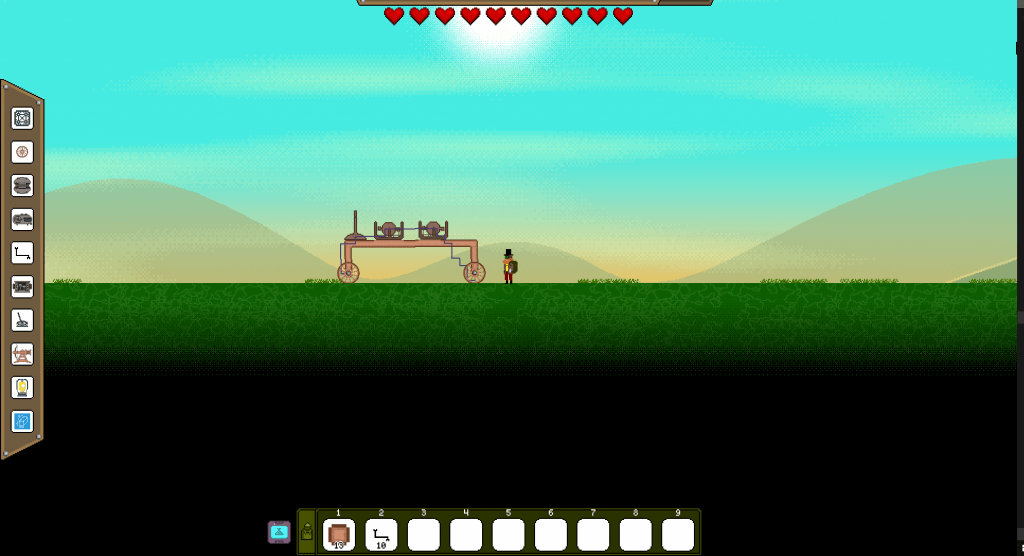 This is a fun mode where you have an unlimited resource and you can let your imagination run wild to try and experiment with all sorts of machines.

I also found this useful, after you switch to story mode from survival, to experiment with building different types of machines and how they work. It is a good way to create a blueprint of a useful machine, save it and then be used in the other 2 modes.

Also, it comes with pre-done machines which you can click and have a go. Some are wild. 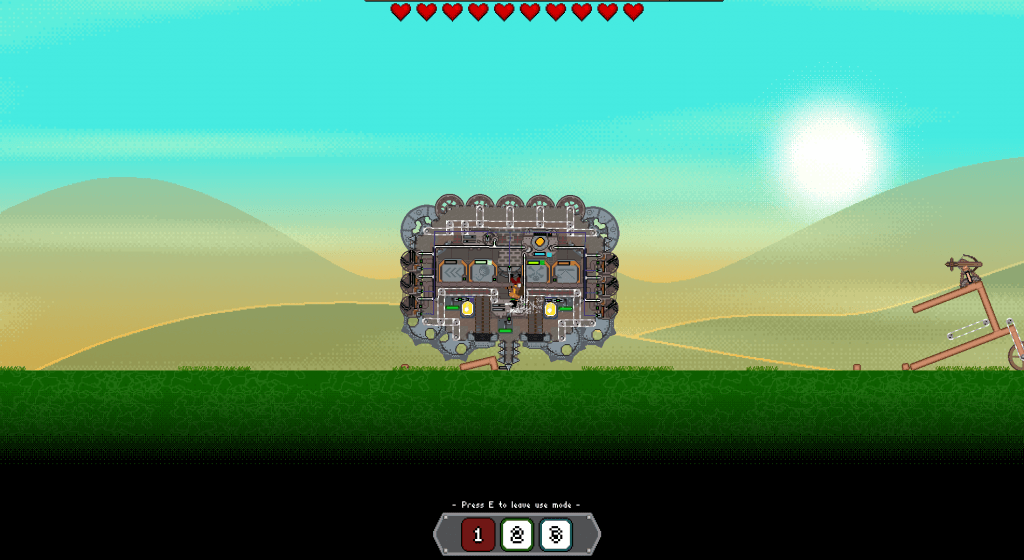 Mechanic Miner seems quite simple with its 2D, Old School 16bit (ish) graphics and doesn’t need much of a machine to run it which is great as I expect this to come to a Nintendo Switch sometime soon.

As its steam-powered based game with some sprinkles of steampunk, the style suits the game and with over 70 different parts and a great physics engine, this game looks and feels very good. 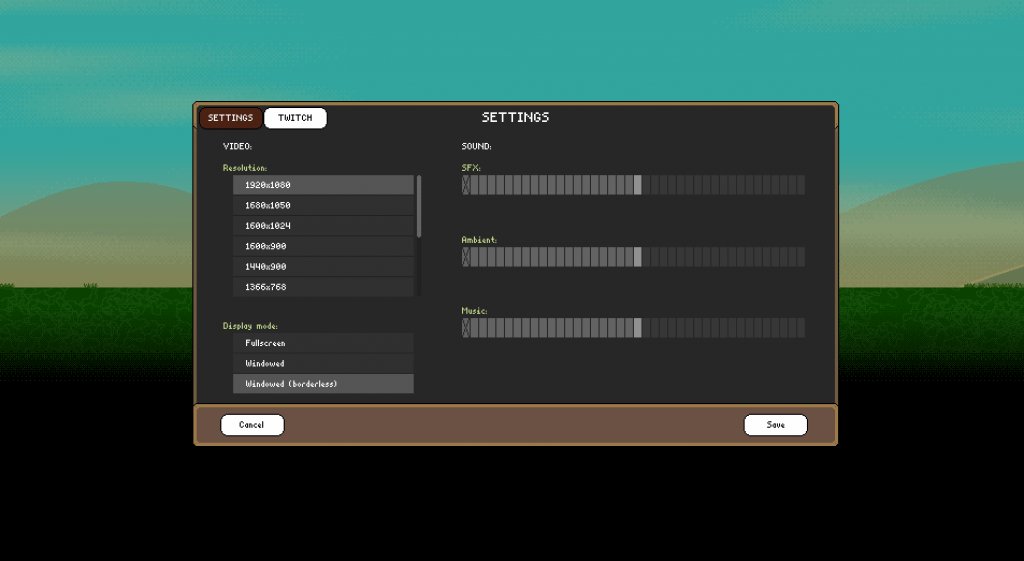 As you expect, how the Mechanic Miner looks, the music has this old school feel about it which fits right in with the game. Along with the sound effects, it adds to the overall experience.

With Mechanic Miner still being in early access, this game in the future can add a lot of extras to keep the longevity up.  Even at its current state, the game offers quite a few hours of fun and learning while trying to buy a wacky yet functional machine while exploring the planet and avoiding those monsters.  I expect more DLC from maybe other worlds and perhaps an explorer as such.  It can easily add more and more items to help build different machines.

Of course, just not machines but maybe houses or bases too, the physics of the game is very well done and can lead to new things being added.  I think it’s going to be more of watch this space and see what the future holds for Mechanic Miner. 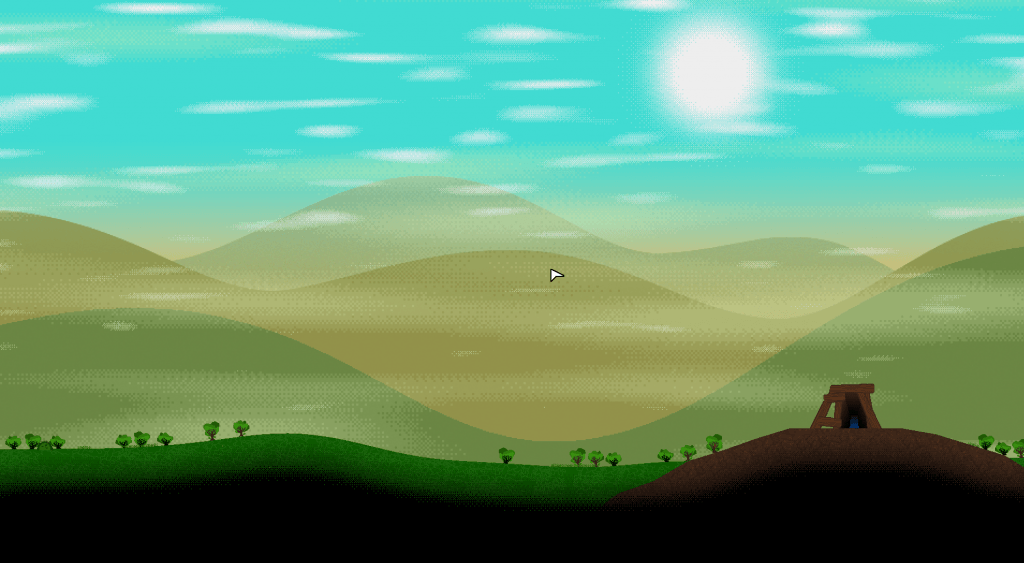 Early access games can be a hit or miss but Mechanic Miner has a big potential to be a hit. Even at this stage it is a chunky game with lots to do and you can only imagine what it can achieve. The Physics along with the fun construction makes the game seem like its already released. Yes, there was a few graphical bugs but nothing out of the ordinary for an early access game and doesn’t halt your gameplay one bit.  I will award this the Thumb Culture Silver award as I eagily await to see what the devs bring to 2020.