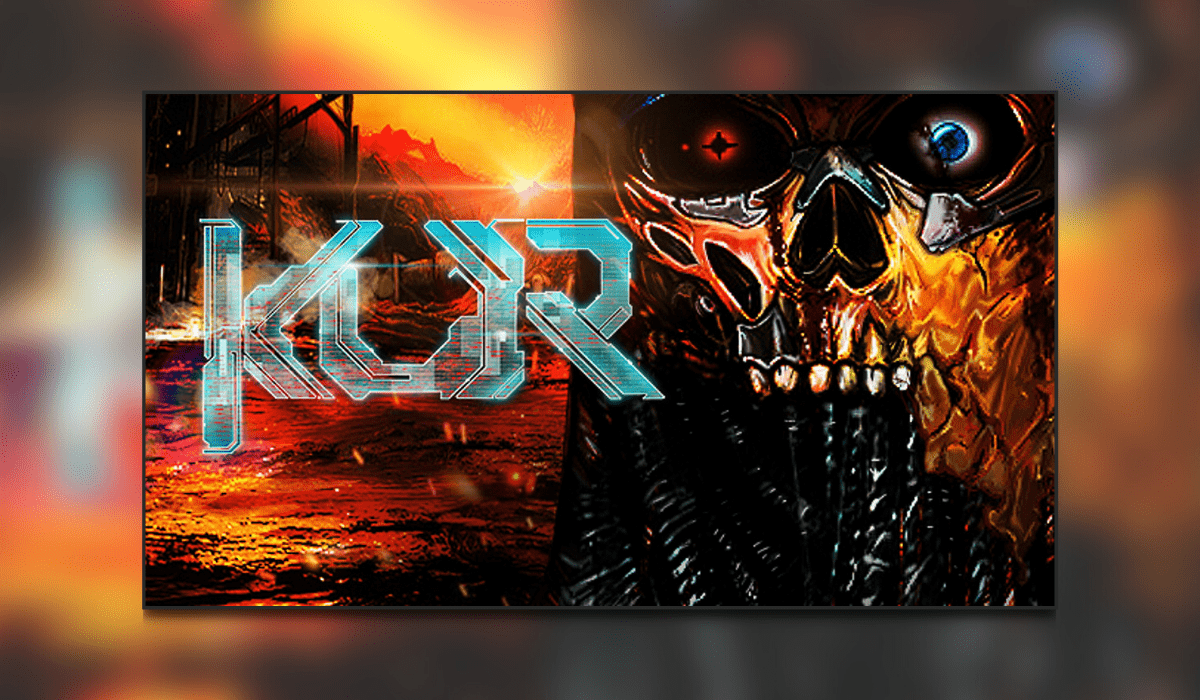 Welcome to my review of KUR. Brought to us by developers Really Ragdoll and publishers The Quantum Astrophysicists Guild (Tumblestone, Space Otter Charlie), KUR is a first-person shooter game that is based upon classic games of the genre such as Doom and Quake. KUR is available on PC now.

KUR – Some Things Should Stay In The Past

We play as a gun for hire, brought in to take down an AI created by “The Augmented Intelligence Corporation”. It’s our job to bail out The AIC and take down a horde of flesh-wearing robots with no aim other than to end our life. Will KUR keep me on the edge of my seat? Or will I be wishing that I should have stuck to modern shooters? Find out below. If you enjoy this review, check out my previous review here where I played Zool Redimensioned.

When starting KUR we are given the choice of 6 difficulties, all named appropriately. Easy, light-weight, normal, spicy, KUR, and masochist. Of course, each difficulty is harder than the previous, I played the game on normal difficulty. Once I started the game I was instantly warped back to the 90s shooters I used to love playing when I was younger. Polygonal shapes, pixelated textures, and a large hud. The only thing missing was that centralised weapon that never seemed right.

We soon learn that everything that moves, wants to kill us. This game is a fast-paced shooter so make sure when there are enemies around, you don’t stand still for too long. Of course at Thumb Culture we don’t delve too much into the stories of games in our reviews, as we don’t like to spoil things here. All I can say is the story is rather basic in KUR. The thing is, retro shooters didn’t have too much of a story either. The mechanics of the game are rather simple. No reloading, no special features like hacking or minigames. You have basic skills such as slide and jump. Attacking is either shooting a game or using your boot in their face. However, there is a large array of weapons to be found in the game.

Battle your way through 3 main acts and plenty of levels facing a seemingly endless torrent of flesh-wearing robots. There’s not a huge variation of enemies in this game and at the end of each main act is a big boss fight for you to take on. Ranging from robots to a queen rat, and more, this game certainly has some original creations.

Some of the weapons have basic names, such as The Pistol or Akimbo Pisties. Bouncing Better and Big Boy Roy are some of the more humorous names. KUR certainly does have quite a bit of humour in it, especially when you talk to some of the NPCs you come across throughout the game.

I did stumble upon a few bugs whilst playing this game, one actually broke my game and I had to keep going back through the autosaves until this bug disappeared. Basically, I was watching a cut scene, when it ended, the game left “Press E to skip cutscene” on my screen. This wasn’t much of a bother, it was the fact I couldn’t change weapons or even shoot or kick. This was rather disappointing as I did have to go back a few saves as mentioned, which kind of distracted me from the game somewhat.

Hopefully, a patch will fix this. I did report it to the devs with an in-game bug reporter, which is handy. A couple of the other bugs were basic things, nothing to worry about really. The enemies falling through the floor was a glitch I experienced a couple of times too. I guess that saved me some ammo, right?

Of course, the graphics in KUR will not be anything special. Doom and Quake inspire this game as aforementioned. Although, the game does have a modern element to the graphics. This is the lighting, it reflects nicely off of floors and walls. Textures, physics, enemy modelling are all that we oldies will remember in the games from the 90s. Blocky characters and pixelated textures, it’s all here.

One thing I did notice straight away about the audio in KUR is the voice acting. It’s pretty bad. But then I thought about that, maybe it’s intentional. The more I thought about it the more I thought that could make sense. Why have a retro-inspired game if you’re going to have top of the line voice actors? You’re not going to have Nolan North here doing what he does best. The actual game audio is akin to the 90s, low quality and basic. That’s not a bad thing in a game like this. In a modern game, yes, that would be bad. But in a game that bases itself on such classics, it is very fitting. The soundtrack in the game gets a bit repetitive. Which is fitting to the era this game is inspired by.

If you go into KUR expecting top-tier audio and graphics, you’re looking at the wrong game.

The game took me around 7 hours to complete. I did miss some achievements so that could open up some replayability if I wanted to go back and play some more. For any completionist, this game will last you around 10 hours at most.

I felt the game was drawn out just a little too much. I found playing the game in bursts was more entertaining than long sessions. Imagine you’re playing a modern game such as Assassins Creed Valhalla, that’s a game that benefits far more from longer sessions. This game is definitely one for those lunch break sessions, or when you have a spare hour in the evening. I give KUR the Thumb Culture Silver Award.