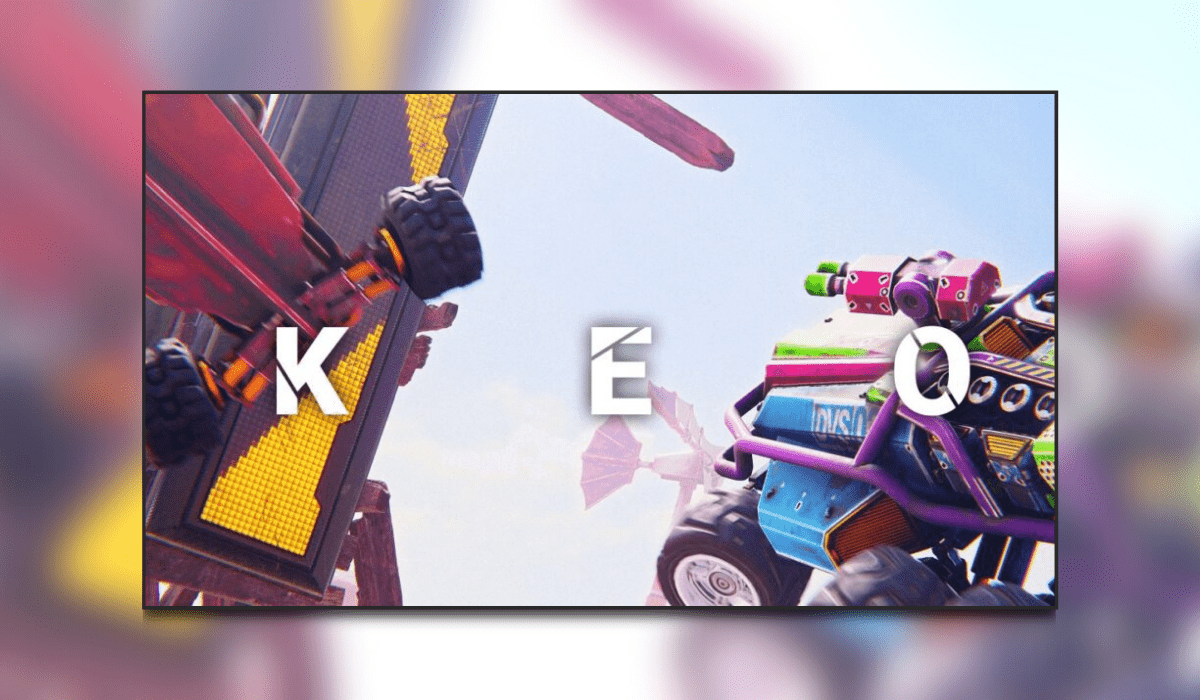 KEO is a new team-based vehicular combat game now available via Early Access on Steam. The post-apocalyptic, remote-controlled vehicle rumble is in development by Redcatpig Studio and published by Digital Matters Publishing. The game has already been in development for a few years and is currently planning for release sometime in 2022.

For those of us that grew up when the PlayStation 1 and PlayStation 2 were current gen, I can’t imagine there wasn’t a pre-teen or teenage boy/girl around that didn’t play some version of the Twisted Metal series. The carnage, the ridiculous characters and vehicles, and oh man the crazy fun. The first footage I saw of KEO reminded me of the good times I’d had of going over to friend’s house to play. Did you get to experience the classic Twisted Metal games growing up too? Be sure to let me know!

KEO is an online team-based vehicle combat game. The backstory has it set as a fight between remote-controlled vehicles owned by survivors in a post-apocalyptic world. As of right now, the game only has two game modes available: Team Deathmatch (TDM) and Domination. Team Deathmatch places you in a 3v3 arena. Domination is a 3v3 control point arena with three different control points to capture and defend from the opposing team. Players join each match via online matchmaking or by inviting your friends to a private match. There is also a sandbox arena, the Junkyard, that allows you to drive around and test out your different weapons/abilities.

There are several different vehicles in KEO to choose from (3 of the 6 initially, then 3 more in the works for Early Access). Each vehicle has its own set of stats balancing out offensive and defensive ability. You choose your initial vehicle from the scrap you receive when you first start playing. Additional vehicles can be bought with scrap you earn. Scrap is the in-game currency and can only be obtained by playing matches. All vehicle weapons/abilities are unlockable via scrap as well. The only thing you can buy with Kreds, the real money to game money currency, are cosmetic items.

As far as I could find, KEO is currently only available as Early Access via Steam. I’m sure it will make its way to other platforms upon release, as the controls are fairly simple. The graphics are fairly simple as well. Though there is a lot of detail put into the vehicles and accessories, I wasn’t terribly fond of the overall look of the in-match UI. The health and armour bars at the top left of the screen specifically look blurry rather than crisp and clean. It even made me check my resolution to be sure that it wasn’t lower than normal but that wasn’t the case.

I also wasn’t overly fond of the audio in KEO. The expected booms for guns and odd sound effects for abilities were there, but engaging with an enemy wasn’t very exciting and didn’t sound much different than me shooting a wall. The soundtrack in the background is also the same, a bland beat on a constant loop. A very dull audio experience indeed!

Here’s where I have to stick it to Redcatpig Studio a bit, but hear me out. KEO has a great concept overall. One of the major setbacks right now is that it is nearly impossible to get into a match unless you have other friends with the game that you are inviting to a private match. They have already tried to address this by adding the ability to change your region. However, changing the region doesn’t help much at all when all of them are red (=poor). The region option disappears when you go into any of the menus. I spent more time staring at the matchmaking screen (which also times out after 10 mins) than ever playing  the game. The two matches I did end up getting were also only 1v1 matches, far from the experience I was hoping for.

In the Early Access notes, Redcatpig Studio states that this version of KEO “will be mainly focused on Gameplay, so users will find 2 complete game modes… 6 vehicles than can be unlocked with 24 weapons…” I’m sorry what? Yes there are two game modes, sure. But as far as I’ve seen there is only one map per game mode!

On the KEO store page and on the Redcatpig Studio website, they promote KEO as recipient of several “Best Game” awards and nominations from different events in 2018. So the game has been in development for at least three years and that’s all you add to play in Early Access? C’mon man! The game mode I was hoping for, Team Racing, is only listed as being planned to be added at release of the full version, which is thoroughly disappointing.

KEO is a great concept for a game. Nevertheless, having a great concept and producing a top notch game can be quite different. Even as an Early Access game, there needs to be some hard focus on polishing the game sooner rather than later. I really feel that Redcatpig Studio was relying too much on their previous awards, pre-pandemic, to ride into a smooth early access. In my opinion they need to spend less time on adding additional vehicles and weapons; and more time on adding additional maps to the limited game modes and adjusting the matchmaking to make the game playable. Until then, I’d give this a pass.

If you enjoyed this review, please be sure to check out my other reviews here.