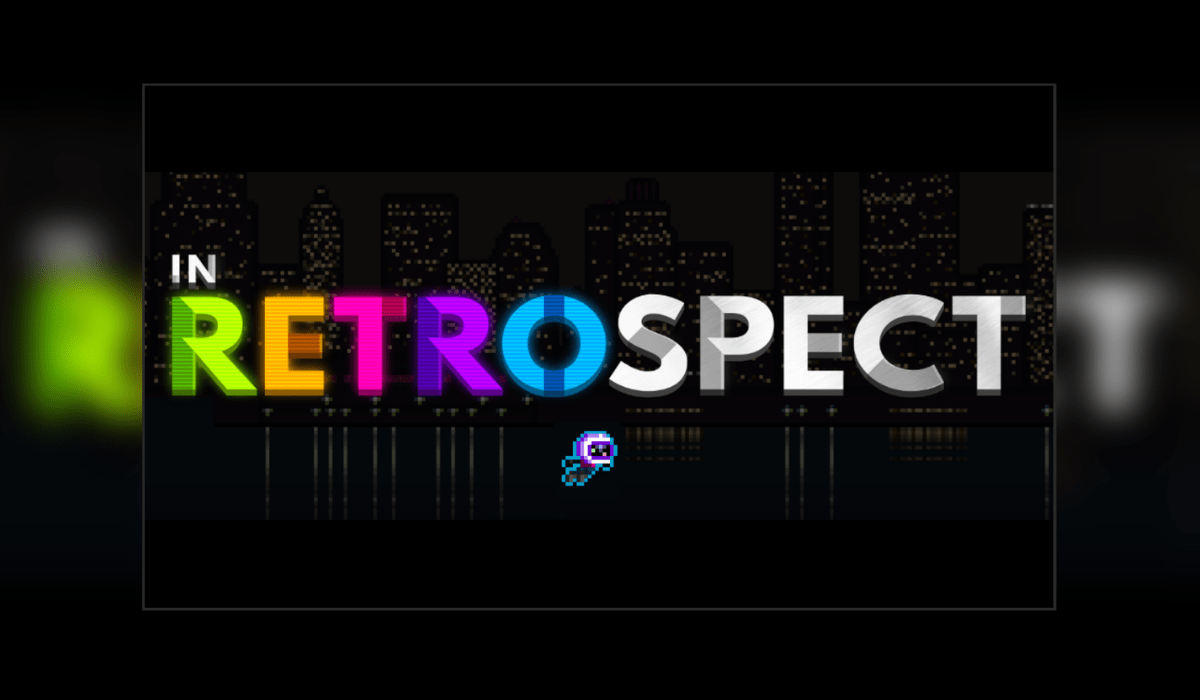 In Retrospect by devs Paper Salamander Games is a side-scrolling 16-bit inspired music action platform game that uses your life to create the levels.  Currently, in demo form over on Steam, this is certainly not the usual run-of-the-mill get from start to finish game that I was expecting.

In Retrospect delves deep into your soul!

If you have had a chance to play the demo, let us know what you think in the comments section below!

At the start of In Retrospect you wake up in a heavenly looking place whereby you are asked and reassured by another character, named Dee, as to how you are.  What ensues is a number of fairly easy levels as you learn the basic controls of the game.  Your character is continually moving forward, leaving you to time jumps and glides in order to avoid obstacles and enemies.

In Retrospect centers around the answers that you provide to questions about your past in between the levels. For example, I was asked about what was important to me in life and then given 4 possible answers.  Depending on which answer you choose enables Dee to respond and there were times that what was said really did make me think about my life and the various things I had been through in the past.  After Dee poses a few questions at you, your ethos is then revealed from one of 6 possible outcomes; Health, wealth, love, education, creativity, or spirituality.  The trait that is unveiled alters the story and gameplay to suit.

Each of the levels has a different gameplay mechanic and features a soundtrack that more or less is in time with the action.  In Retrospect takes what you know about platform games and literally turns it upside down with some seriously fun but tricky moments to be had at times.  In the demo, you can play a handful of stages that show these off very well.  One level has your character split into two and run both along the floor and the ceiling at the same time using the one set of player controls.  With hazards both above and below, the game makes you constantly watch both characters.  That was seriously challenging!

Another level has you free-falling down, which begins nice and simple, but then the screen starts to spin.   This inverts your left and right controls and makes dashes harder to time correctly!  Oh and when you have just mastered the spinning screen you then go through black patches of fog that hide both your character and the hazards!  Checkpoints remind me of the 90’s arcade games.  Few and far between, so get good!

As well as the story mode there is also a challenge mode.  Here you get to play up to 30 stages to see if you can collect the most point bubbles.  For demo purposes, there are 4 stages to play through.  By creating an online username you can then share and compare your score on the leaderboard.  Each stage has varying difficultness, the randomness of points and hazards as well as a limitation on what moves you can use.  Can you be the best?

In Retrospect is very simple in the graphics department, a nod to the 16-bit nostalgic era.  For the style of game that it is, this works very well.  The colours are bright and vibrant and the animations are very fluid.  When you play the level where the screen spins it is exceptionally smooth during the rotation.  In other words, you can’t blame any lag for your terribly timed glides!

The soundtrack is awesome and is perfect for In Retrospect.  There is a variance in electronic upbeat tunes along with more dancey tracks for those menacing levels.  You really feel that you are going on a journey.  The chilled spacey ambiance when you are making your life choices sets the theme well along with the quirky sound effects of Dee replying to your answers.

In Retrospect is a tricky game, but one that you will be determined to conquer.  Yes, sometimes the checkpoints can be a fair distance apart.  Having to replay a fair chunk to get back to where you died can be a pain.  This however is gaming.  Learn from your mistakes and conquer!

Having played the demo of In Retrospect I must say that I was surprised with what I discovered.  If you set aside the actual gameplay action, what really struck me the most was the storyline.  The way Dee asks you questions about your life, of which you answer, and then to have Dee comment on your life choices actually blew me away.  Perhaps I was just in one of those emotional moods however I felt connected to the game.  This is certainly a very clever game mechanic and it left me wanting to progress further in order to learn more!

Let’s see how the full game is when it is released! 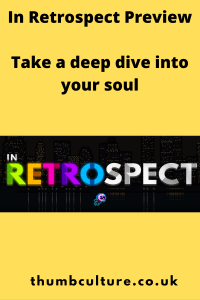