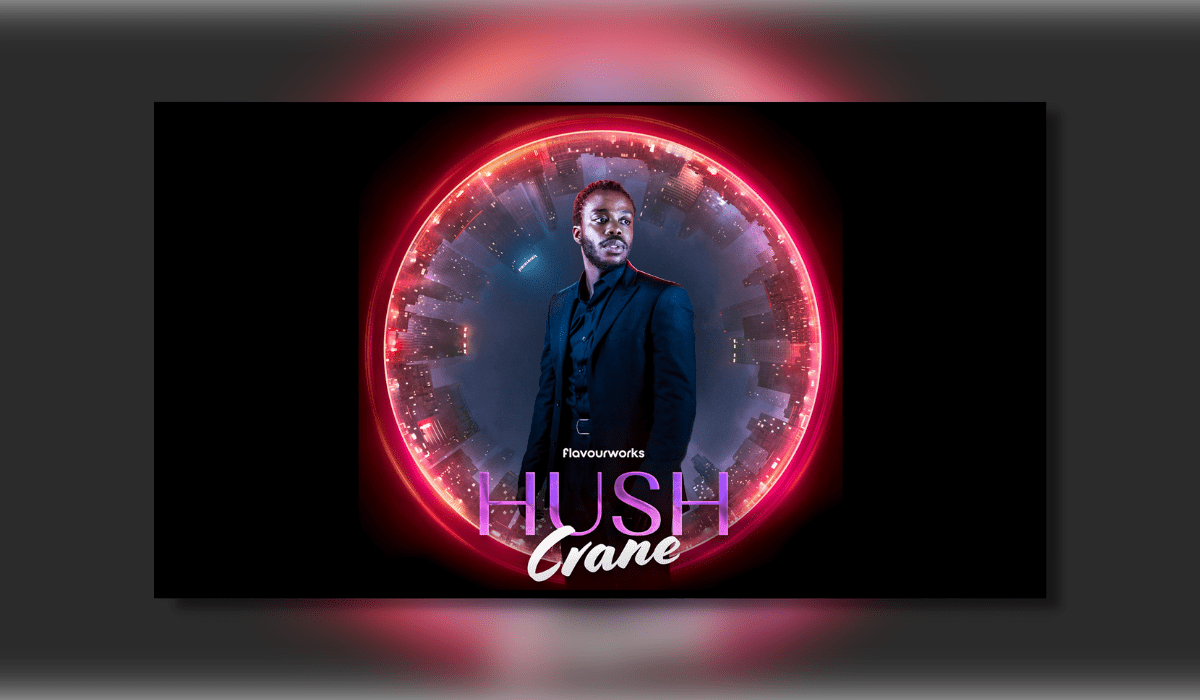 Breaking down the boundaries of interaction, for me that is where gaming gets interesting. Something a little different from button mashing or learning sequences of moves. Hush: Crane by developers Flavourworks, gives gamers a glimpse of how immersion can reach a new level. Using amazing-looking FMV and an engine known as “TouchVideo”, your touch-screen gestures transition to real-world movements and actions. Each decision affects the story and sends you down a unique path. A taster of what is coming can be found for free on the Samsung Galaxy store, just look up “Hush: Crane” or click here.

Having played the available episode multiple times, I was amazed at how many different outcomes there were in just the short time I had to play. Running just like you are in a movie, you can pan and focus in on scenes, spotting additional events and overhearing conversations to gain more knowledge. Questions and answers are traditional multiple-choice however interactive prompts occur during the flow of play that make you think fast or carefully plan your next move. You really feel like part of it all.

Welcome to the murky underworld of San Rosa. How far can you delve “morally ambiguous” henchman Bambi into this corrupt city? More importantly, will you survive?

Without giving too much away, I urge you to check out the free episode if you have a Samsung device and enjoy my interview with creative director and co-founder of Flavourworks, Jack Attridge. 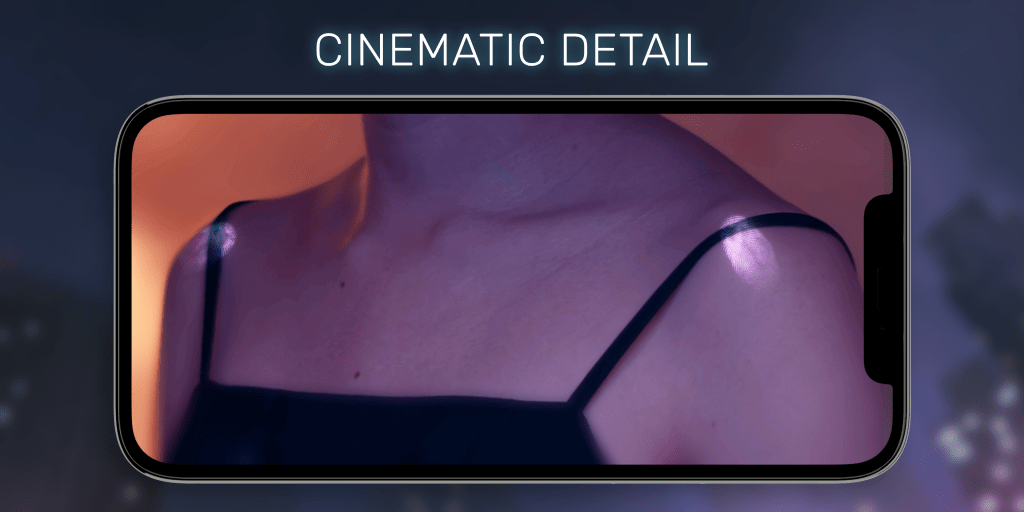 Jas: I need to know, how will Hush – Crane develop? Will this become a series of episodic games or one long game?

Jack: We have self-funded this project as a vertical slice to a) introduce the world to our TouchVideo technology, and b) to test our new Android streaming solution in an effort to expand our games’ reach. We have conceptualised a series of additional short stories that will make up a “season’ of events that take place on the same night within the criminal underworld of San Rosa, and bundled as a single game release. Each is self-contained, but actions can ripple into others, unlocking new possibilities and varying branching pathways. It’s a novel approach to giving players meaningful consequences to their actions whilst having a longer narrative experience. 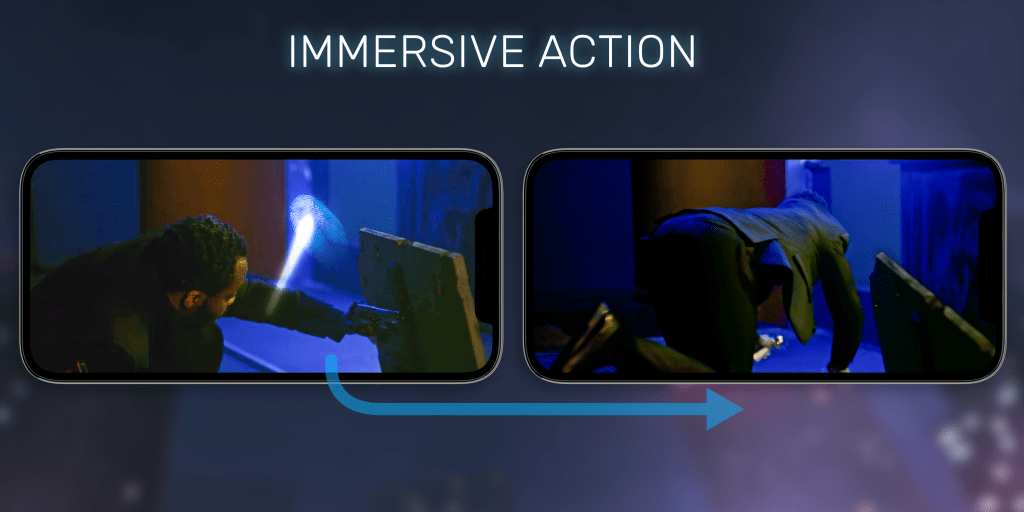 Jas: With replayability being a factor, how long does he envisage a run-through of the story to take?

Jack: On average a single play-through of a story like Crane can be played in a nicely short session such as 12 minutes, but there are multiple paths, with Crane in particular holding closer to 30 minutes of total content in a short, yet detailed, demo of content

Jas: I really enjoyed the innovative interactions; one of my favourites had to be the spinning of the revolver cylinder as it transitions into the spinning of the ice in the glass of whisky. It was so effective cinematically. Similarly, the inputting of the phone number into the rotary telephone sure took me back to the 80s. How do you see the interactions developing as the game goes on? What has been your favourite moment so far?

Jack: We have a portfolio of gestural inputs that support highly tactile, intuitive game play. We are also continuing to innovate new hero features bespoke to each game we make to ensure we’re constantly pushing the limits of TouchVideo technology. It is crucial that interactions are seamlessly integrated and add to the player experience of the story in a way that feels native, instinctual and natural – minimizing the need for messy UI interfaces and interruptions. Other episodes in the Hush series include stealth, infiltration and surveillance making each chapter a unique experience. 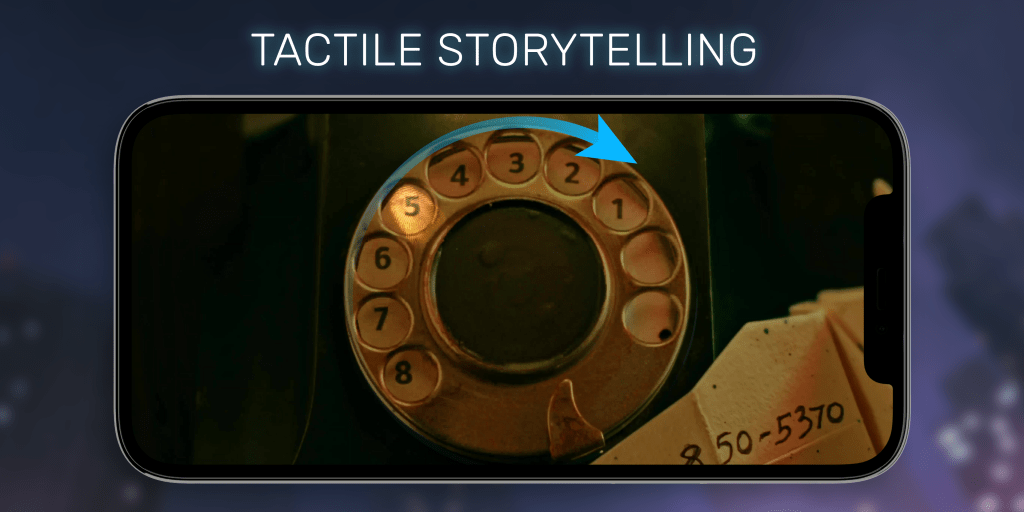 Jas: I noticed the origami calling card and it immediately made me smile and have flashbacks to the epic Heavy Rain. Has this title been influential in any way to you or is this just a coincidence?

Jack: In my mind the origami is reminiscent of Blade Runner! We are big fans of other narrative games in this space however, and from the beginning we saw an opportunity to bring that tactile gameplay to cinematic live-action visuals.

Jas: Will the game feature a progression tree similar to Detroit: Become Human whereby you can see your path through the game or do you prefer the various causes and effects to remain hidden from the player?

Jack: We think this differs based on which experiences we are developing. We want choices to have meaningful consequences and want players to feel them. The benefit of live-action is that we have infinite fidelity to express those consequences in the world itself. We also love to sprinkle in more nuanced decisions, some of which players will have to figure out for themselves. As Hush is an anthology with standalone short-form stories, it’s much more accessible for players to go back and explore different possibilities than other titles currently available. 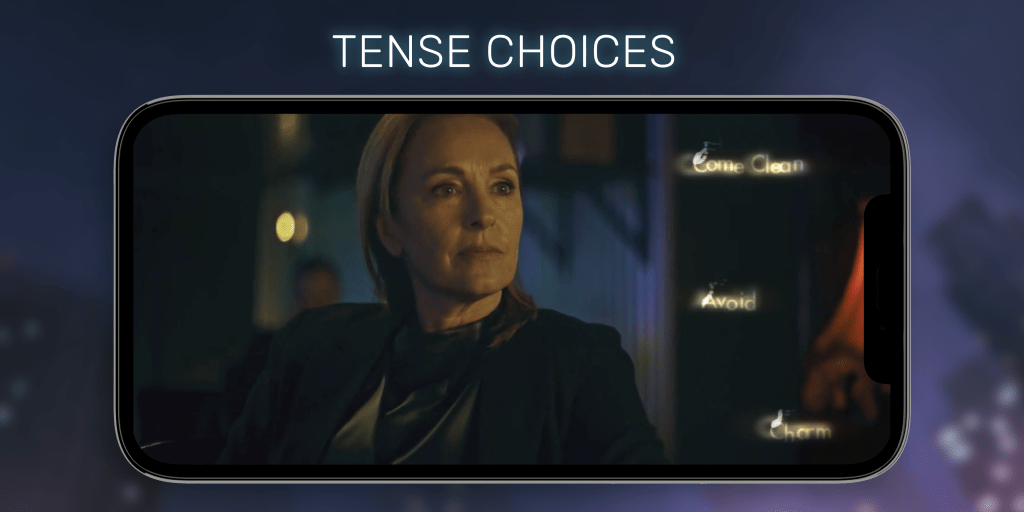 Jas: Would you consider bringing this out to other platforms such as Nintendo Switch or perhaps PlayStation to utilise the touchpad controller?

Jack: Absolutely. We ultimately want all our games to be played on the widest set of devices. Our TouchVideo engine has a sophisticated video decoder that supports playback across mobile, console, desktop, web and connected TVs. Ultimately, we believe in our formula for bringing about the convergence of film/tv/games, and even see a future where linear and interactive content is bundled together. We want to bring interactive content to VOD services using our standout gameplay and technology.

Jas: The moody blues in the bar is a lovely music track, how important is the music to you in order to create the perfect atmosphere to accompany the storyline?

Jack: It is essential. We worked with Austin Wintory again who is so talented. As players make decisions the mood and music change in rhythm and tempo. We believe in seamlessly reactive video and responsive audio to enhance immersion and allow the player to truly feel a part of the worlds we’ve created. We also worked with game audio legend Kenny Young. I used to be a sound designer myself in another life, so for me sound is really 50% of the experience. 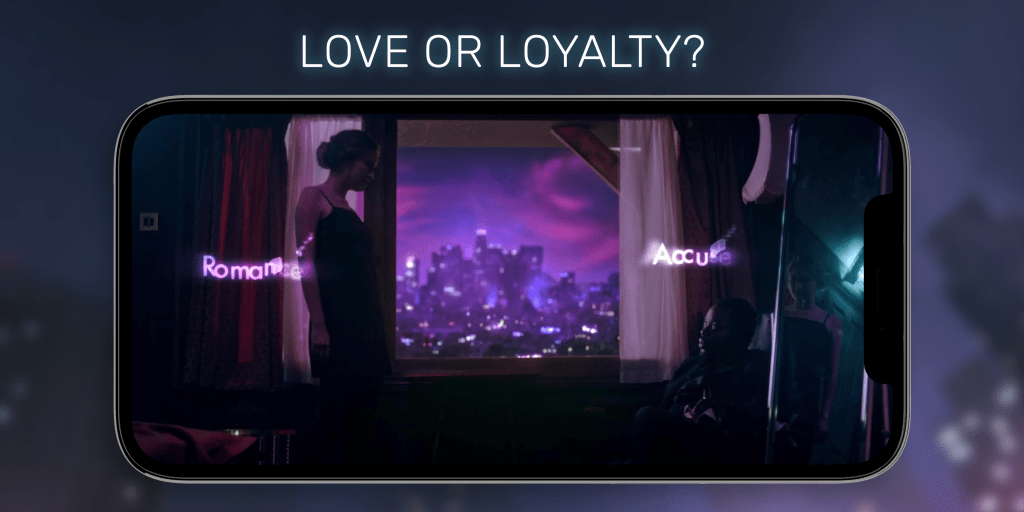 Jas: When do you see the full game coming out?

Jack: We are in talks with partners who can help us bring the full HUSH experience to the world. The release of Crane allows us to hear from our audience directly, as well as indirectly through player metrics. This is why we wanted players to experience Crane for free, and give us their feedback so we may continue to build out HUSH in the best way possible through interacting and observing with a real audience. So far we’ve been amazed at the feedback we’ve received, and are excited to continue expanding the reach of our TouchVideo technology.

Jas: Thank you very much for your time and answers. I wish you and the team all the best and I seriously can’t wait to see how it all develops!