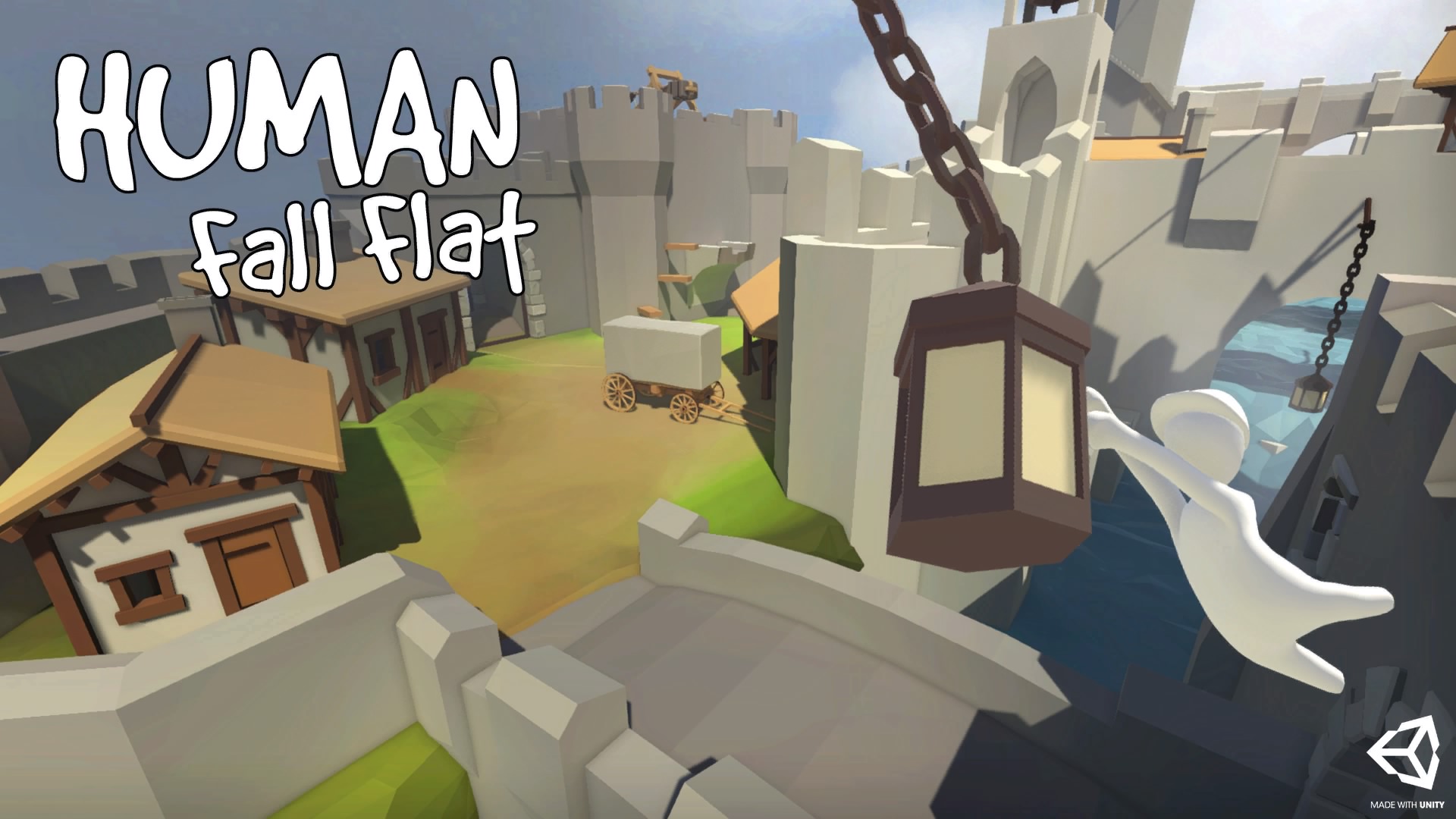 In these days of epic open-world games, narrative driven sagas with character depth and player investment, it makes a nice change to take a step back and play something completely stupid and fun. Human Fall Flat is that game. No need to worry about a plot-line or a skill tree, the biggest decision you have to make here is what colour hat to put on. So sit back, grab a cuppa, get ready to switch off and solve some puzzles as you steer boneless human Bob around his recurring dreams about falling. Made by No Brakes Games and published by Curve digital on consoles, Human Fall Flat is available on Mac, Linux, Windows, Switch, Xbox One and PS4, which is the format I played it on.

Bob has dreams about falling recurring dreams he can’t escape, but to move on through the game you have to help him solve puzzles. Human Fall Flat starts off with some standard 3D platformer puzzles, drop boxes on switches to keep doors open, move carts to help you jump across gaps etc. But it soon moves into physics based puzzles using giant catapults, throwing barrels and even bending cage bars using long levers.
Each environment has save points so while the progress is sometimes challenging it never gets boring. The game is designed to be played in single-player, couch co-op or upto 8 players online. Some of the puzzles can only be solved by two people playing together but there is always a workaround and the only limit to solving a puzzle is your imagination.

The look of the game is simple, but the physics engine is great. At one point I had to use a small hook to reach through the bars of a gate and open the latch. At other times I was using planks to reach higher areas, or a ling pole to hook a lantern on a chain so I could swing across. The level design points you in the right direction, but expects you to think about what you’re doing. A couple of times I got lost in hidden areas trying to work out the puzzle only to realise it wasn’t the way to progress.
Like any puzzle game it can get frustrating when you can’t move on. But each area is based on a floating island, or islands, connected by bridges or rope swings so Human Fall Flat always gives you the option to just launch Bob over the side of the world and go into freefall. It serves him right.

Played on a standard PS4 Human Fall Flat doesn’t struggle and it shouldn’t. The worlds are small and the graphics are simple. But the physics and controls are great! Standard character movement and camera control on a console controller are used with a twist. As you move the camera up and down, Bob  bends accordingly. Triggers in the controller move each arm and cause them to grab. So to pick up a box you bend forward, trigger both arms to reach out and grab the box and then move the camera down to make him stand up. It’s simple and allows tons of control over anything you pick up, but it does cause some issues when moving items or trying to climb. You have to move the camera and as a result you lose sight of where you need to go. It slows the game down a bit, but isn’t a massive detractor.

While the graphics are simple and Bob is a fairly shapeless human, you do get to dress him up. The design matches the gameplay perfect. It is simple and effective.

Sound effects are the order of the day here rather than a sound track. Like the imagery mentioned above Human Fall Flat is about giving you what you need and nothing more.
Music is kept to a minimum but meets the theme of each area, but the sounds associated with the materials you handle are accurate. Throw a rock and it crashes, bang a metal pole and it rings like a bell. Fall 800 feet from the world’s end to plummet to the same level below and you land with a satisfying, body crushing thud.

The game has one play mode, but different ways to achieve each puzzle. Add in the co-op and hidden areas and the replayability of Human Fall Flat is high. It’s a game which will appeal to trophy hunters as you unlock them for each level, each special trick and for doing various challenges.  8 player online is insanely funny!
No one game type reaches across all players, but for those that like puzzle games, Human Fall Flat gives everything you could ask for. Like the creators say, replay value is only limited by your imagination.

Some games are deep, complex, multi-faceted engaging experiences which stir the soul or make you heart race. Human Fall Flat is none of these things. It’s silly, simple, one dimensional and makes you scratch your head. But it does that perfectly and at its price point (less than 12 quid on PSN) it’s an essential game. If you have an afternoon spare then of course you should jump into SpiderMan or Shadow of the Tomb Raider, or don your VR headset and get lost in the wilderness. But if you have 30 minutes before you go out and you’re itching to game Human Fall Flat fills that gap perfectly. You can jump in and out with ease.

Therefore, Human Fall Flat gets a Platinum Thumb Culture Award. It should be in everyone’s catalogue and perfectly delivers what it promises. 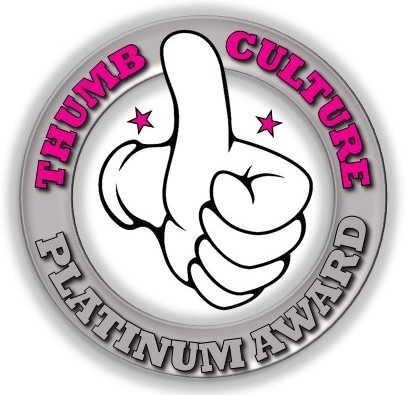