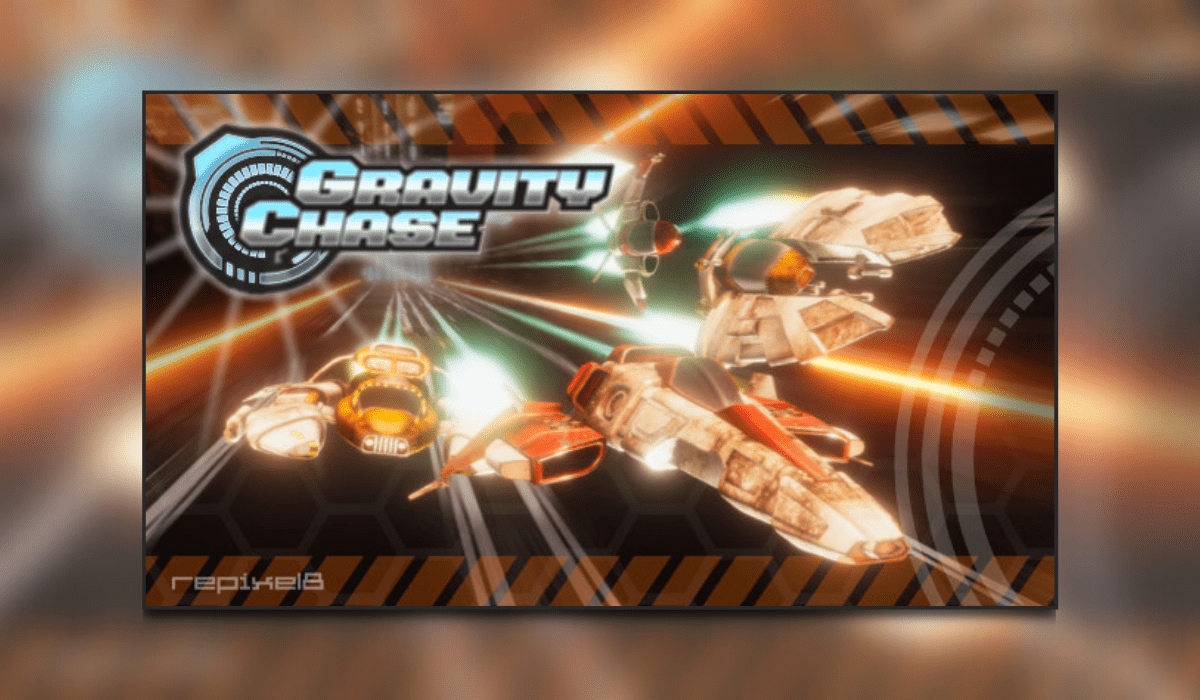 Gravity Chase is the latest retro-inspired anti-gravity racer developed and published by Repixel8 (Velocity G, Formula Retro Racing). Races take place within or outside of tunnel tracks. They require skill and precision to pick up powerups and keep ahead of the competition. Gravity Chase is available on Xbox consoles and Steam as of January 21st, 2022.

Gravity Chase may be on rails, but don’t let that fool you.

As a kid, I never spent much time in what I would consider a full-on arcade. Sure there were some cabinets in places like the movie theater, but not really any buildings dedicated primarily to them. I did spend enough time playing some though to recognize a game that could easily have been in one of those cabinets when I see one. Gravity Chase is certainly one of those games. Are there any particular modern games that you’ve played on PC, console, or even a mobile device or tablet that you’ve ever imagined playing on an arcade cabinet? Let me know in the comments.

Gravity Chase comes to the table as your standard modern take on futuristic zero g racing. It gives a decent nod to past series of the genre such as F-Zero and WipEout as well as the more recent Redout. Though it doesn’t appear to bring anything groundbreaking to the table, it plays pretty well for someone like me who hasn’t spent a lot of time playing racer games over the years.

There are three different race modes in Gravity Chase – Arcade, Combat, and Eliminator. Arcade is your classic racing mode where placing higher in the race nets you the most points. Combat adds a bit of mayhem to the race by requiring you to both attack and defend yourself from other racers. Eliminator mode destroys the ship in last place over time until only the ship in first place remains.

The three race modes are each available with three different difficulties on each of the sixteen unique tracks found in Gravity Chase. There are also ten unique ships across a few different speed classes that you can use points on to upgrade to an extent. You may also choose a particular color of the several choices for further customization.

As I said I haven’t played a lot of racers over the years. After spending some time in Gravity Chase I doubt it’s all that different from the zero g race games mentioned earlier. Unfortunately (or fortunately depending on how you look at it), I feel like you could probably say that with a lot of other racing series games as well. It’s fun enough to hold it’s own. But for me, I don’t imagine spending a lot more time in it after unlocking all of the tracks.

For this review I was playing Gravity Chase via Steam on PC. There are no options in-game for resolution or graphics settings. I can’t tell you what I was actually playing at. What I can tell you though is that the ship models, tracks, and background environments are visually pleasing. I usually wasn’t able to spend much time admiring the cool backgrounds though because my focus was on trying to hit that next speed boost on the track. Regardless, if it looks this great on PC I imagine it looks just as good, if not better, on Xbox One or Xbox Series S|X.

The audio tracks in Gravity Chase are pretty chill. Most sound like EDM remixes of songs. The main menu music nearly sounds like a remix of a certain song by The Weeknd. In-game sounds during races feel appropriate as well (including the announcers) and fit nicely to round out the futuristic aesthetic. I really don’t know how you could get much more imaginative with the sound design given the genre of the game.

Gravity Chase is bound to be a long-time love for some gamers, but not so much for others. With 16 tracks, each with three different modes and three different difficulties for each mode, on top of the 10 upgradeable ships there is certainly a decent amount of content. However, the only multiplayer available is either via split-screen locally or over Remote Play Together on Steam. There’s also a leaderboard for each track of race times but again that is only local as well. I would love to see some achievements. Also, further multiplayer and leaderboard integration to add to the longevity of the game.

In consideration of everything above, Gravity Chase is a decent futuristic, anti-gravity racer. It doesn’t bring anything new to the genre. It also doesn’t come into the game space severely lacking in content or quality. However, after looking over Repixel8’s website and watching some video clips of Velocity G, I almost feel like Gravity Chase is just a knock-off with updated/improved graphics. So with that in mind rather than awarding it with gold, I’m awarding the Thumb Culture Silver Thumb award.

If you enjoyed this review, please be sure to check out my other reviews here.