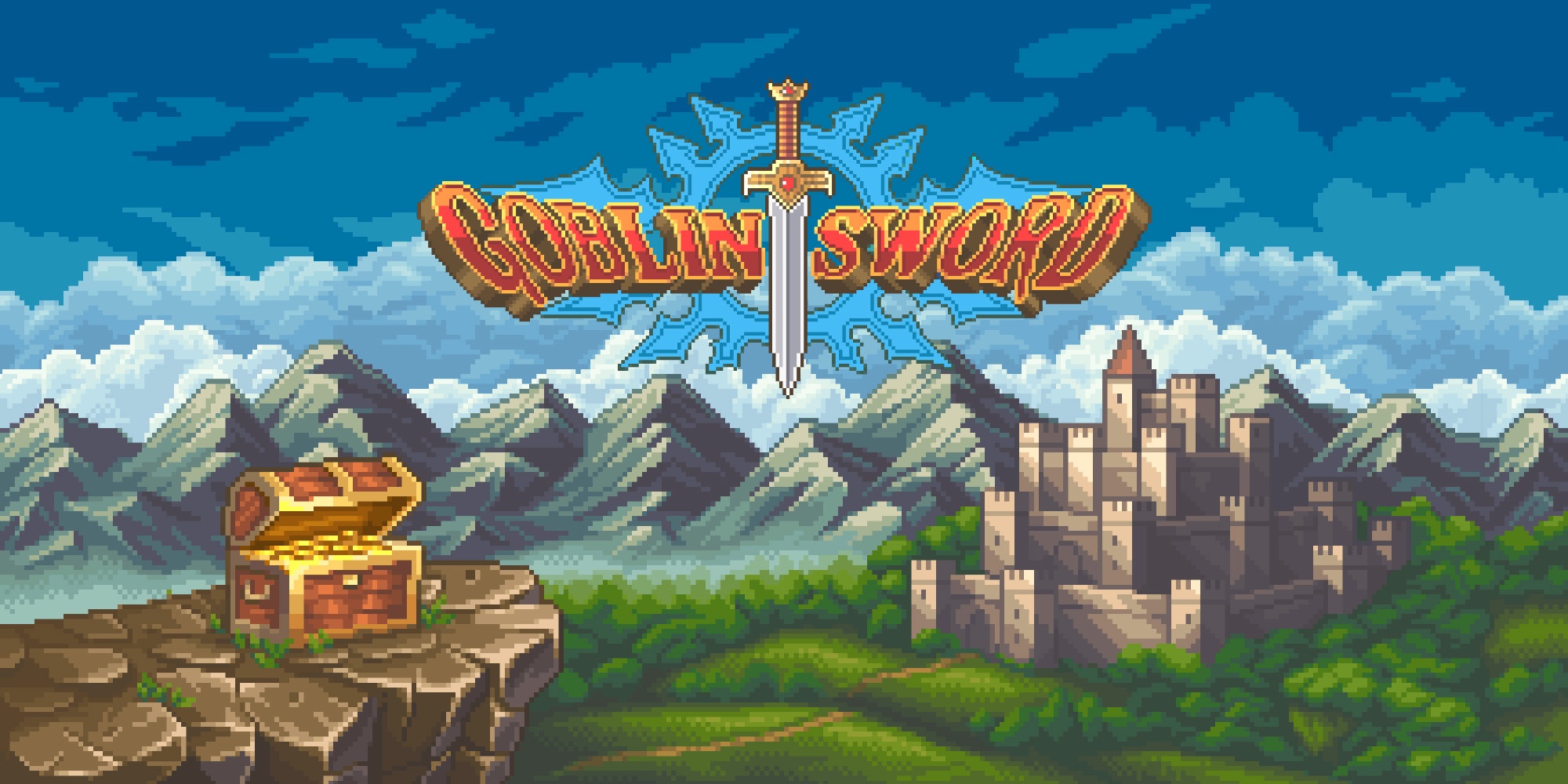 The console wars have raged on for years. Whether it’s SNES vs Mega Drive, PlayStation vs Xbox, Console vs PC, the calls of superiority will echo from the internet trenches for aeons to come. However, when all is said and done, there is one thing that unties these armies – a disdain for mobile games. So when it was revealed that Goblin Sword was getting a port over to the Nintendo Switch, it would be easy to dismiss this title; generic name, generic logo, and a low price that cries out cash grab.

Brought to us by Gelato Games, and released on the 13th February, Goblin Sword is here to defy these expectations.

You have 3 buttons; attack, jump, and a relic. Attack and jumps are self-explanatory. But the relics add a little flair to the proceedings. You can only hold one at a time, and the effects vary greatly. Struggling in a fight? Pick the shield. Trying to find a secret? Maybe you need a talisman that will morph you into a goblin, or the triple jump boots to help you reach greater heights.

This mechanic blends beautifully with the level design. Whilst, for the most part, you start on the left and work your way to the right, killing everything in front of you, levels are little mazes. Jumping back in with a new relic to find any missed collectables doesn’t become stale. This is also aided by the fact levels stick around for a couple of minutes at the most. Things load instantly making it extremely easy to pick up and play.

The gameplay is the clear focus of Goblin Sword. There is a story, but it plays such a small part, it’s hard for me to recall even what it is. You’re a hero… village under attack… the quest for the legendary sword… something along those lines at least. There are even multiple endings to the game, but because the story is generic and underwhelming, it doesn’t create any incentive to try for them.

2d pixel games are a dime a dozen nowadays, so it takes a lot to stand out. With bright and bold colours and enemy designs from the school of Dragon Quest, Goblin Sword does make a valiant effort to do so. I feel oddly obliged to say ‘for a mobile port’ but really that shouldn’t matter. The power in phones nowadays is more than enough to create beautiful looking pixel work.

Whilst Goblin Sword looks impressive and is a joy to behold, there’s nothing here that hasn’t been done before. It mixes up environments nicely, you’ll be questing through forests, caves, ruins, and castles, and it pulls on the right nostalgia strings. But you’ll be seeing plenty of repeated enemies, and repeating backgrounds.

It’s certainly worth noting, whilst the game performs perfectly whether it docked or handheld, I would recommend opting for the latter. On a large TV, the pixels are blown up, and do begin to look a little distorted. In handheld, it benefits from the smaller screen as things look tighter and sharper.

As with its graphics, Goblin Sword successfully evokes the 16bit generation of games. Its soundtrack is well crafted and builds on the atmosphere of each area. However, whilst it all works well, I would be hard to press to say it’s anything more than good.

It all feels a little generic, and as there’s only a small selection of songs on offer, so you’ll be hearing the same songs a lot. You’ll only be in a level or area for a short period, but even so, the repetition does kick in. It would’ve been great to hear more variety of song while questing.

Goblin Sword boats about the 89 levels, 13 bosses, and hundreds of collectables it has to offer. And even though the levels are bitesize, all this content does add up.

I can’t see my playtime, and to be honest, I got lost enough in the game that I never really noticed how long I’ve been playing for. I’d guess around 6 hours or so to reach an ending. But, to beeline to the end would mean you’re missing a trick. The joy really does come from hunting down all the collectables, and to get everything, you’re doubling your playtime at least.

Goblin Sword really does show that mobile games do offer a lot more than match 3 games and microtransactions. Moving forward, if Gelato Games chooses to return to the world of Goblin Sword, I’d love to see a sequel which adds more story, and creates that bigger sense of adventure.

Regardless, what’s on offer here is a beautiful game with rock-solid gameplay. And for its price (under a fiver), you’ll really get some bang for your buck. I’m pleased to award Goblin Sword a Thumb Culture Silver Award.

Disclaimer: A code was received in order to write this review