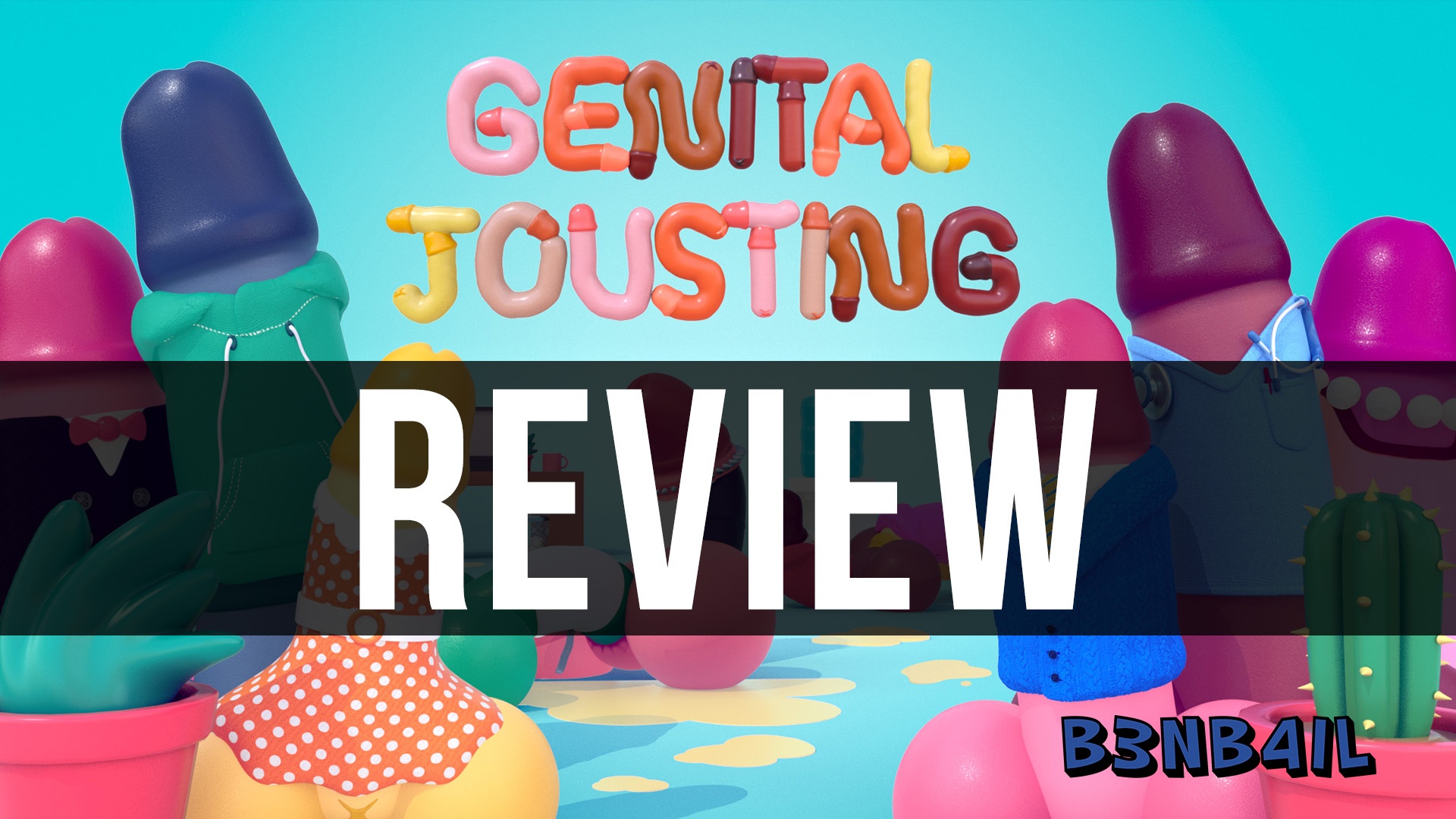 Every now and then a game comes out that is just incredibly bizarre. A game that you don’t understand why it is a thing, but it is. Genital Jousting is one of these type of games.

Genital Jousting, developed by, Free Lives and published by Devolver Digital, hit Steam as an Early Access title back in November 2016. Originally, players were able to play the title as a penis, with the goal being to penetrate one another, either offline against computer controlled giggle sticks, or Online against other one eyed snakes. 2018 has arrived, and with it we see the story mode being introduced to the title. 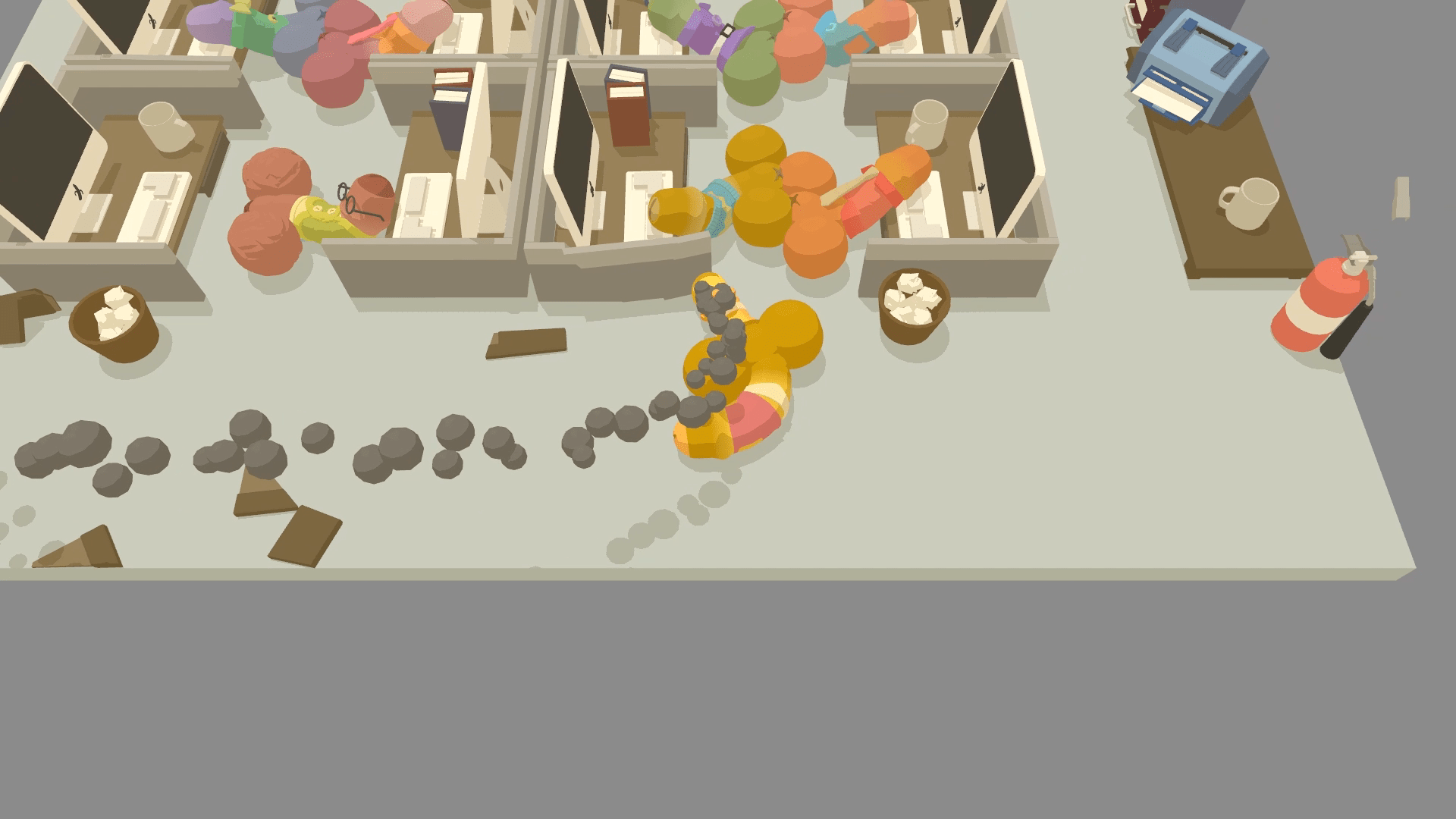 In Genital Jousting’s story, you take control of John. A lonely ding-dong who is looking for a date to join him to his high school reunion. It’s not a long story, and John isn’t that long either, but it’s also not a hard story, just like John. The game plays from a just-a-bit-higher-than-isometric viewpoint as you look down on the phallus. You’ll follow John on a very eventful journey to find love, and even find yourself committing sexual harassment on various other skin flutes for one scene, leaving a bit of an uncomfortable atmosphere lingering as you continue playing as this love stick who seems to get lost along the hard path to find love.

Besides this awkward situation, the story is actually fairly engaging. You find yourself feeling for the trouser snake and becoming engrossed between the nicely linked scenes, and there’s even an interactive montage section that worked really, really well. Various tasks that would otherwise be easy are actually fairly hard, and this is where I want to draw a likeness to Octodad. Tasks are comically carried out, with eventual success…after making a huge mess.

Genital Jousting’s story is voiced by a female with an alluring voice. Rather frustratingly, there are no options for subtitles with this title yet, something I hope is implemented in a later update to not only allow more accessibility for those who require subtitles, but also to keep up with what’s being said if you find yourself, like me, getting distracted playing with flacid physics. The voice over however doesn’t follow a set sequence, as sometimes, your actions can introduce additional dialogue in a similar fashion to the narration in, The Stanley Parable. 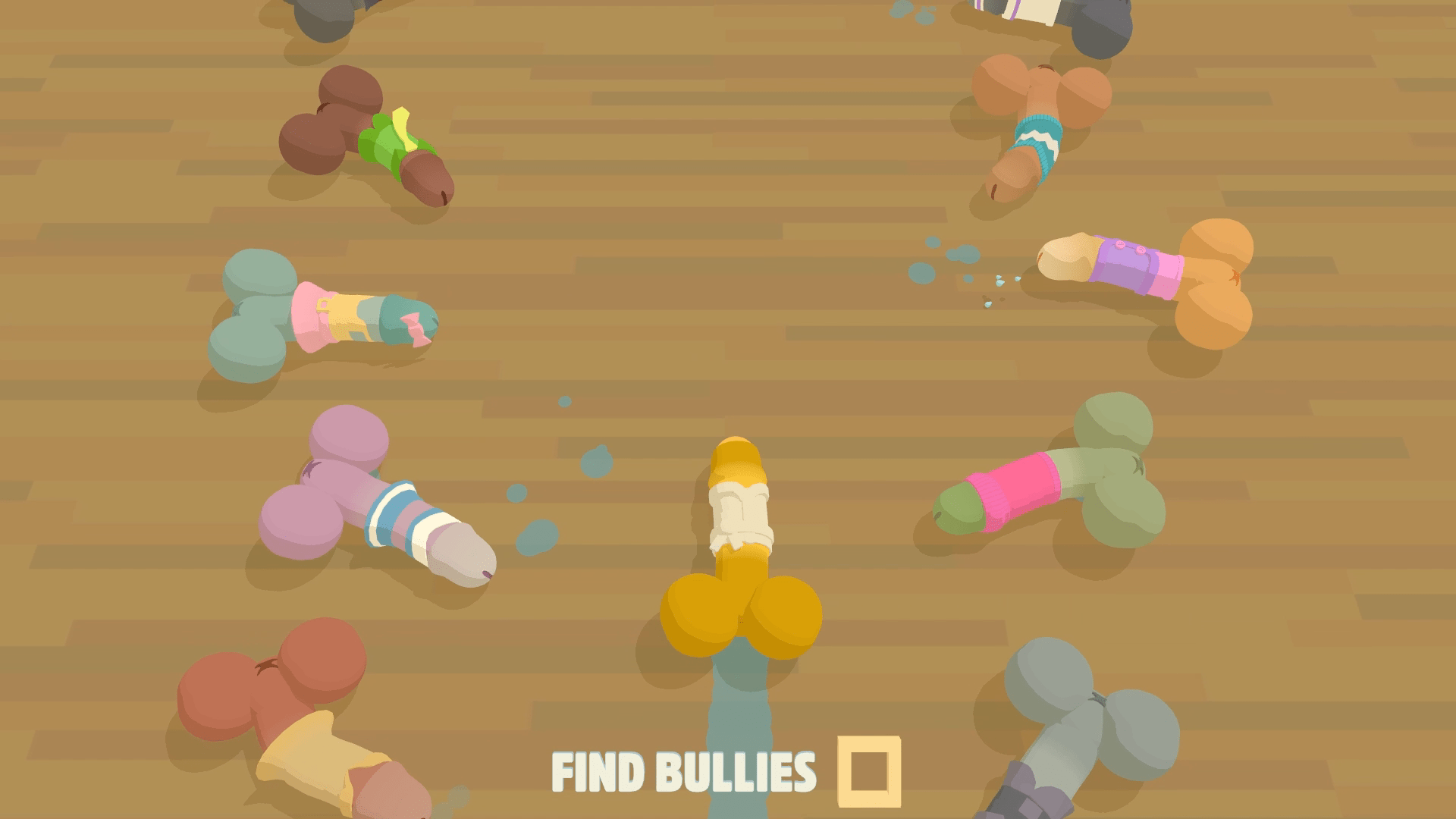 When it comes to the multi-player mode, you’ll be able to play with eight other schlongs, either locally, or Online. You can kit your silly willy out to look more appealing to the eye, or just…sillier. There are various modes to choose from before flopping on the deck though. Party Mode finds players taking part in a series of mini-games, the goal being to complete the tasks before everyone else. These mini-games can range from eating all the food as quickly as possible, to swallow pills, form a ring, and much more. Traditional Mode simply finds various boom sticks trying to penetrate one another.

There’s also a date mode for two players in which you go through the steps. Getting ready, picking flowers together, eating together, and various other mini-game like modes where you work together. I only came across a glitch in this mode where after my butthole consumed a fruit, my helmet refused to spit seeds at targets. Really, the rest of the game seemed rather stable, even with the soft, non-rigid physics. 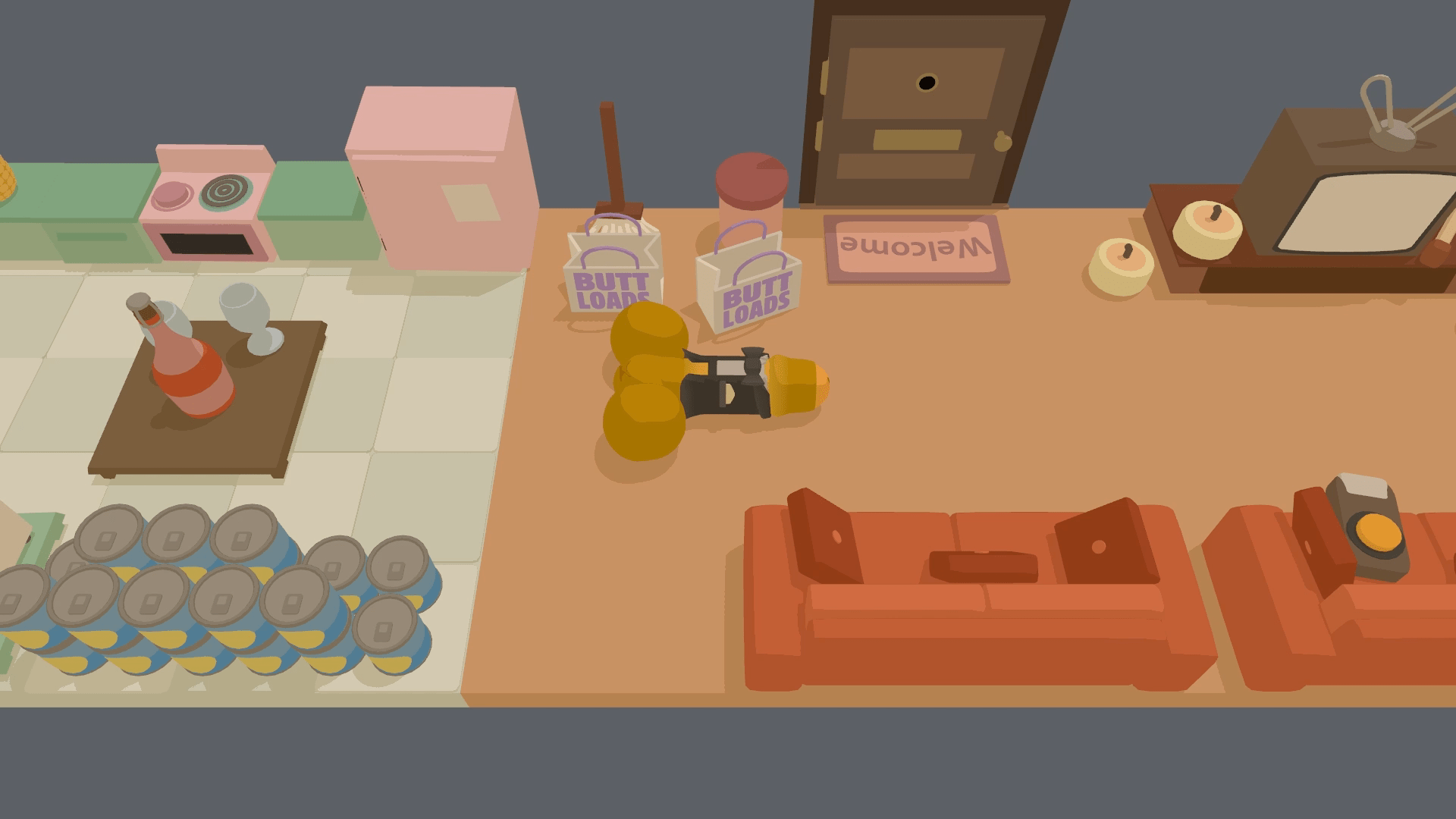 Genital Jousting’s graphics are cartoony, so don’t worry about being faced with photo-realistic ding-dongs. And the game goes from being rather vibrant, to eventually dull, and musky, just like John’s life. Although that’s just the story mode side of things. Online, the title finds itself sticking with a wide palette of vibrant colours and remains rather unchanged throughout.

Going into the controls, the Jimmy Johnson can be controlled by the tip, or the turd chute with whatever trailing behind flopping around like a ragdoll. the game has two methods. The first is story mode controls, which is similar to the simple WASD controls in multi-player with the addition of the Spacebar to switch between the rectum, and the pee hole.

There are some additional keys that Genital Jousting makes required to use at rare points, such as the Enter key for headbutting, the E key to perform actions such as spitting out money, or communicating.

Multi-player is just a simple WASD system with the follow keyboard combinations for additional players, WASD, IJKL, Arrow keys, and 8456 on the num-pad. Another four inputs can be assigned…somehow. Controllers? I guess? 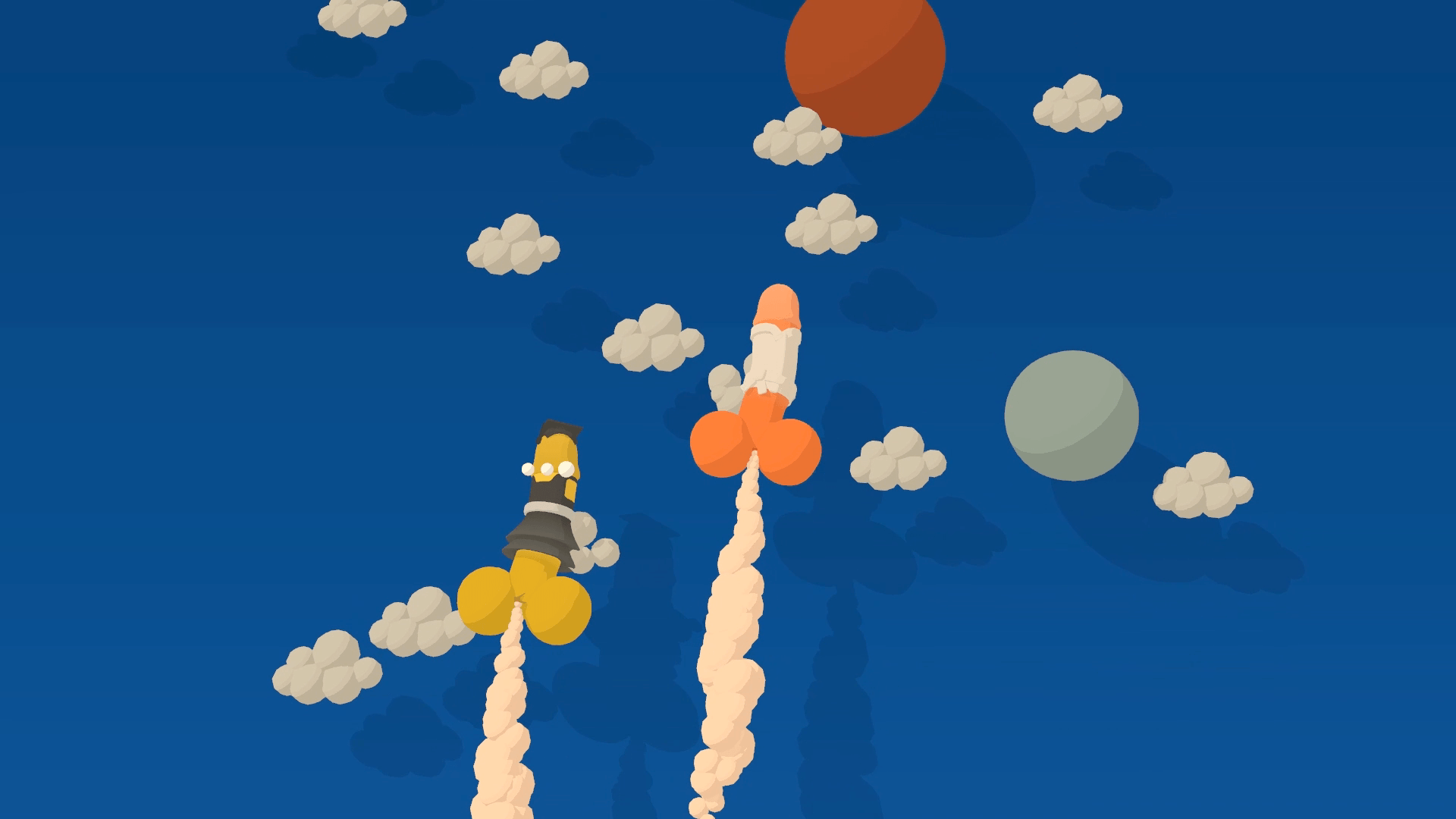 Genital Jousting has some…dirty sounding effects throughout. Brace yourself to hear the wet, slapping sound of flacid bologna ponies squelching around. The sound of wet-dream ejaculations, and the banjo string snapping sounds of forcing your wiener’s way into a tight chocolate starfish. It’s incredibly detailed, and something so high quality that it pleases you to hear, until you realise what you’re listening to. 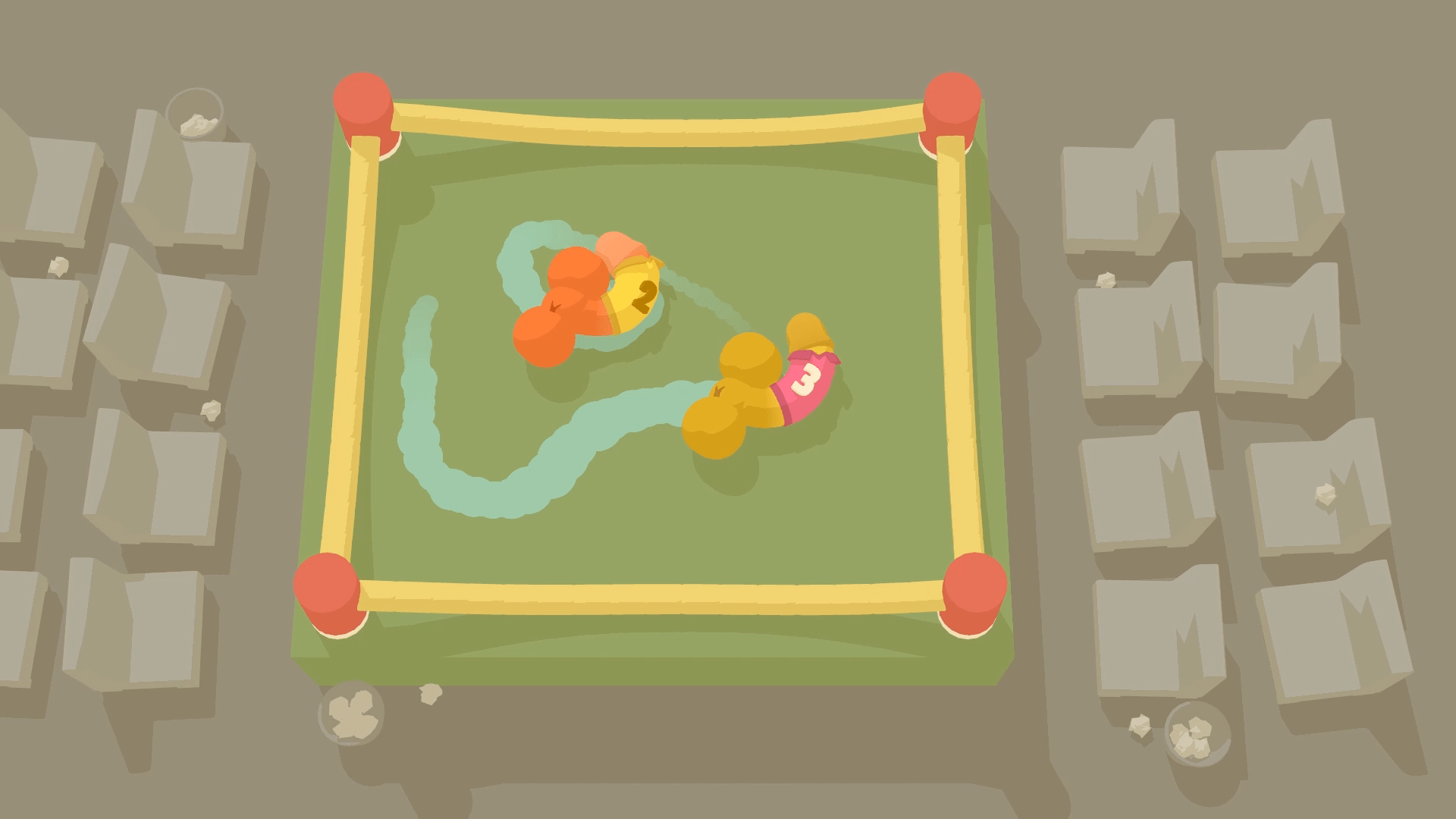 The multi-player alone should give you a fair amount of fun play time with the three game modes providing various hours of yoo-hoo fun, but if that isn’t enough, you can get about an hour and a half, or two hours out of the single-player story. Also, Genital Jousting’s Online mode has unlockable costumes so you can expect to find yourself going in for another round to decorate your boom-stick.

The trouble I find with this title is, because of it’s mature nature, players might find themselves only playing this under the cover of night rather than having to explain to other household members why they’re penetrating other sausage logs and laughing about it. However, saying that, while an incredibly dirty title, Genital Jousting holds a remarkably proud spot in the surreal, dark comedy corner of the gaming world. The juvenile mindset of a penis also helps to draw out a giggle, no matter how disgusted you may be.