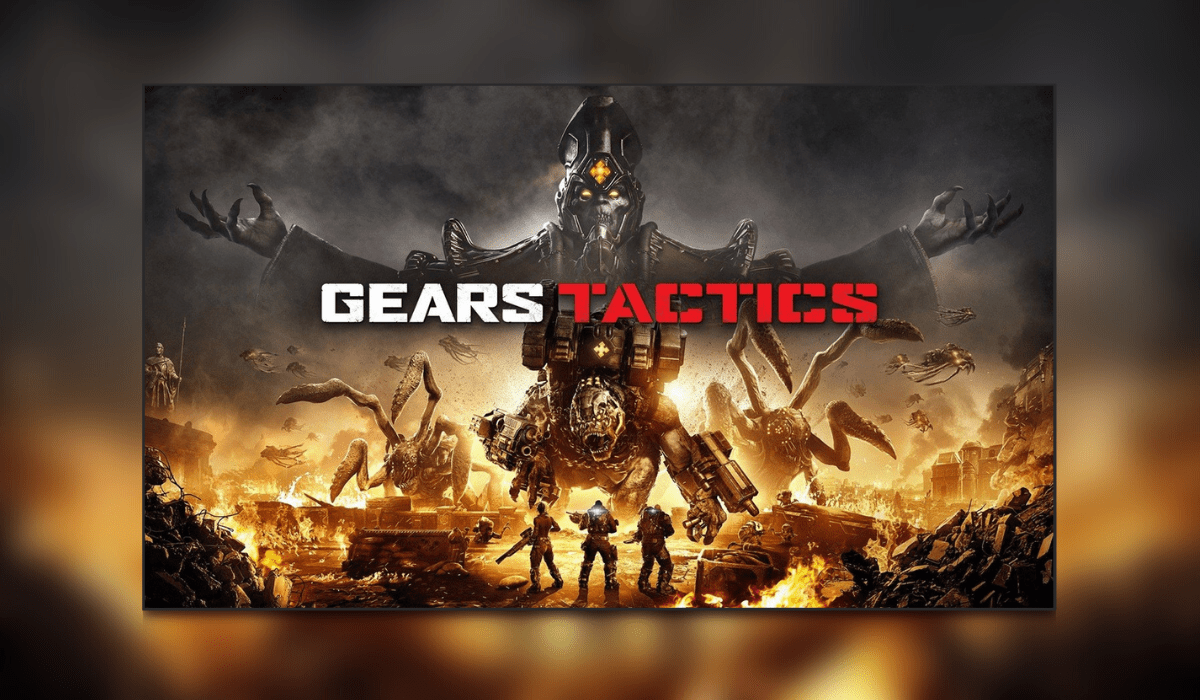 Gears Tactics is a turn-based strategy game set in the Gears of War universe. It first launched on PC in early 2020, but was a launch title for the Xbox Series X. It’s not often a game franchise gets a spin-off in a completely different genre. This isn’t Microsoft’s first rodeo though. Of course Halo Wars was a famous real-time strategy that span out of the first person Halo universe. Whilst Gears Tactics was a surprise announcement it’s also one that really made sense for the series.

As a tactics game the mechanics don’t particularly offer anything wildly revolutionary, but they work well. Using the Gears cover system allows cover and scenery to play well. Not to mention each character is equipped with skills and weapons from the main games. These pair nicely with the tactical feel of the game and create some really powerful combinations of events. Not to mention some of the more formidable Gears of War enemies acting as impressive boss fights.

One of the most exciting elements of Gears Tactics to me was the fact it stars Gabe Diaz. Those of you familiar with Gears of War 4, and Gears 5 will of course know Kait Diaz. Well Gabe is Kait’s father; we know Kait’s mother from the main games of course. Getting to find out a little more of the Gears history, lore and characters is always going to go down well with fans. Because of the timeline it’s also a chance to remember the Locust war. It’s nice to revisit this era of the franchise as Gears of War 3 marked an end of the Locust and the games since have been about a new era.

If you’ve played a tactics game before then you probably know what to expect. Games like XCOM, Final Fantasy Tactics, Wasteland 3 and even Mario + Rabbids have created their own niche in the formula. Gears Tactics has the same style but like its forbearers, it carves out its own identity. One by one you control each of your units through a series of actions. These actions are limited; usually 3 action points are granted per character, but some perks can improve this. They can be spent on movement, shooting and various skills depending on how you have levelled up. There are some nuances to this though which can really change your tactics.

Movement – Each character has a certain range of movement. Armour can improve this, with heavier armour slowing them down. On top of that some perks can result in extra speed such as a scouts’ sprint action which allows double the movement but only in a straight line. You can also use certain skills to act as movement, for example the bayonet charge on the retro lancer can be used to finish off an enemy whilst also moving your own unit forward.

Combat – The combat in Gears Tactics is very reminiscent of the mainline Gears of War series. Each character has a main weapon, a side arm and a grenade. The main weapon of course is your main punching force, these include Lancers, Sniper Rifles and the Gnasher Shotgun. Side arms are useful when you’re needing to reload your main weapon, but can also be used to tactically eject someone from their cover. Finally the grenades come in 2 forms; frag grenades for taking down enemy units, and stim grenades for healing your own.

Skills – The skills you can unlock for each character can really change the game. Each unit has their own skill tree, and as they level up you can either unlock new skills or find perks for the existing ones. The skills are 50/50 between being support skills vs combat techniques. Scouts for example are able to cloak, sprint around the arena and then pop up behind the enemies with their shotgun. Snipers on the other hand can use their skills to actively reload their weapon upon a successful hit, meaning they’re always well stocked on ammo. Frankly there are so many skills across the different unit types, your experience of the game will likely be incredibly different to mine.

Gears Tactics also others a lot of other similarities to the flagship titles. The cover system is there, leaning around corners will mean you’re out of line of sight of the enemy, whilst waist high cover will at least minimise their chance of hitting you. Some enemies will also drop signature weapons, the Boomshot and the Torque Bow can only be obtained by picking these up; offering you only a handful of rounds to use. Also the actual enemies are very well executed in this new medium, with Tickers being able to be kicked away and wretches being a problem in large numbers.

Of course that’s some detail about how the game plays on a granular level, but these methods only work if the environments allow. Thankfully the mission variety and layout is varied enough that I only really started to feel things repeat towards the very end of the game. There are a good variety of palettes at work that mean levels feel very different. There’s a good range visually between desert like, shack filled outposts to rain swept, ruined cities. This mixed with the type of levels adds a good level of variety. Some levels involve a race against artillery strikes whilst you try and make your escape, others are simply a case of taking out all of the enemies. Often you’ll find reinforcements too that end up joining your team.

Fortunately that slight element of repetition isn’t present in the main campaign. Each level of the main campaign feels a lot more tailored towards the story beats, and nature of the mission. It would have been nice to see some of these levels return, or at least tweaks to them, as some of the level design here makes for some really fun engagements. I will say I believe if you take inspiration from Gears of War there are several elements that could be introduced to the game to really enhance it, things like gun turret outposts and some of the strange enemies could really mix things up. Hopefully these are things we’ll see in a sequel.

Gears Tactics is a surprisingly beautiful game. Despite being played primarily in an isometric perspective, the game often zooms into the action; during critical hits, introductions of enemies or story moments. During these moments it’s clear how much detail is in the character models and environment. It almost looks as if the levels are lifted right out of the original Gears of War trilogy despite being played from a completely new perspective.

Of course the characters get a much closer look within the barracks where you can customise their armour, weapons and (for the non-hero characters) their entire appearance. The attention to detail on these makes me quite sad that I can’t export them as skins for Gears 5’s multiplayer. Whilst the game doesn’t utilise more modern technologies like ray tracing, it does feel like this is by design rather than any technical limitations. With the camera angle being mostly locked from above, the need for ray tracing becomes limited and as such the budget was probably pushed elsewhere.

Similar to Gears 5 Hivebusters, chances are you’re familiar with the iconic noises of Gears of War by now. The weapons sound meaty, there’s viscera enhanced by noise and of course there are iconic motifs for when the battlefield is clear. All of that is still present in Gears Tactics so it instantly feels like part of the franchise. The voice acting is superb and is carried well with the visual acting of the characters too.

Gears Tactics is pretty chunky. The Xbox Series X release alone introduced the Jacked mode. This is the entire campaign with harder enemies and a 5th party member; Jack the drone from the original trilogy. This is how I played the game. I figured as they’d introduced this mode as part of the console release it would be the best way to play. Personally I loved it, at first I assumed it was an “easy” mode until it introduced an array buffed enemies. These will cause you some grief and also aren’t present in the normal campaign.

So there are 2 ways to play through the campaign, including various difficulties and plenty to do after the credits roll. There’s a lot here and with the barracks system and a potentially growing cast of characters you can quickly lose 100’s of hours to grinding through the levels. It does feel a bit strange having a Gears game that doesn’t have some element of Multiplayer though. Also I can only imagine how fun a hoard mode could have been in this style.

Gears Tactics was a blast. I am a little rusty with my tactics games, but it’s a genre I really enjoy. This game feels like a great launch title for the Xbox Series X, and a game I hope has a strong future with these characters explored more. With the future of the Gears series a little mysterious right now, I really hope we see the Gears Tactics 2 announcement land at the same time as the inevitable Gears 6 reveal. I wouldn’t let the fact this is a Gears game put you off, however. If you’re a tactics fan there is plenty to love. Also the story is independent enough that you won’t be lost.

I award Gears Tactics the Thumb Culture Gold Award. The campaign kept me hooked, the visuals impressed and I can’t wait to see more from the series. 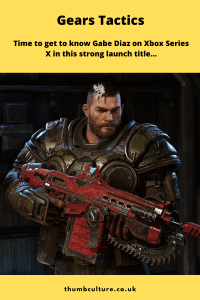