Football Manager 2020 is a football management simulation game developed by Sports Interactive and published by Sega. The game will be released on PC/Mac on November 19th via Steam, along with Football Manager 2020 Touch available to play on the Nintendo Switch, tablets and mobile phones. Also for the first time ever, the game will also be a launch title for the all new Google Stadia streaming platform. 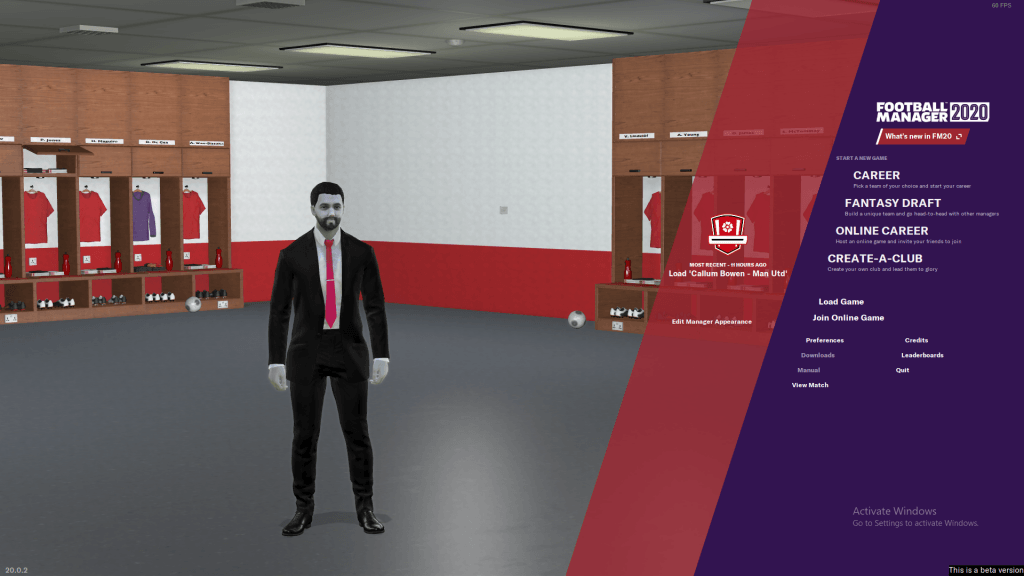 As with all Football Manager games every year, there is a handful of new features and polished game mechanics to explain in detail which will continue, as Sports Interactive say “empowering managers to develop and refine both the club’s and your own unique identity”. This year’s release is no different with FM20 providing a number of new updates including the “Development Centre”, “Club Vision”, “Playing time pathway”, “Scouting enhancements” and many more.

Lets start off going into detail with the “Development Centre”, this is the all new hub, which you can use to track the progress of your players to help you develop talent & find those special wonderkids. This tool allows you to easily plan for the future and keep progress of your youth teams with all the information you need in one place.

Next let’s talk about the “Club Vision” – at the start of your managerial reign the board will outline their usual expectations for the season ahead, but new this year the board will plot a long-term plan by giving you certain milestones that you need to reach in a 5 year plan. For example, when I was in charge of Man Utd, my first year I had to qualifier for the champions league by getting in the top 4 of the premier league. The second season my aim was to win the league, the year after, win the Champions league, you see how this goes. There are also other milestones you need to keep on top of with things like your own managers performance, teams performances, financial aspects and adhering to the clubs vision. 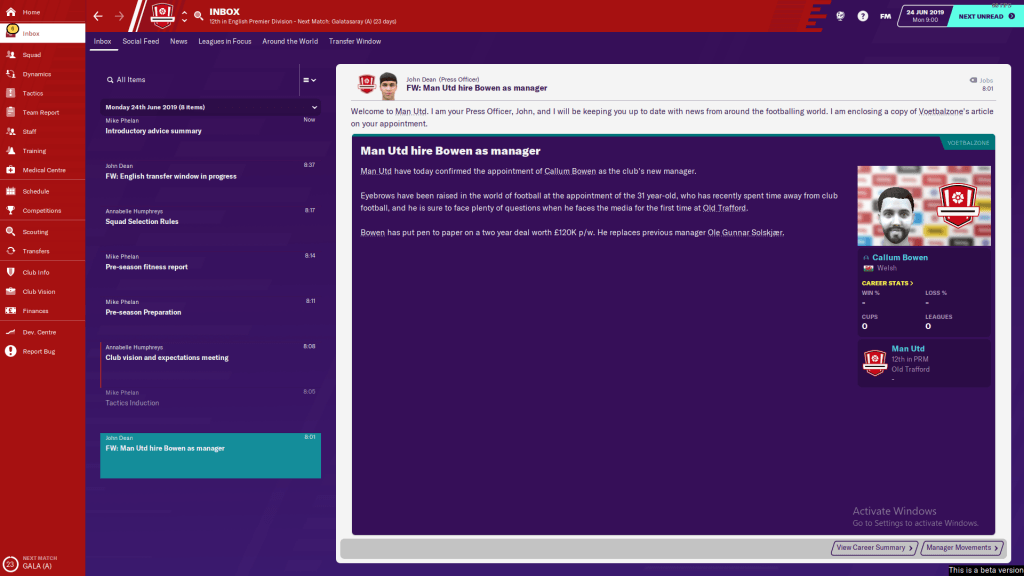 We next move onto “Playing time pathway” – which allows you to plan long-term and set individual pathways for all players. You have the ability to see a clear path for young players and judge on whether they are on their way to becoming a star player, potentially the next Ronaldo or Messi?

Backroom staff is better than ever. You now receive messages informing you on their advice on who you should pick in your matchday squad. This advice takes into account a range of information from form, role suitability, player ability and relevant information on all the players in your proposed starting eleven.

Other features that have been updated this year are scouting reports. FM20 have enhanced the information you are given with even better playing comparisons, and new to the series you will also be receiving scouting reminders – for things like if a player has changed positions recently, or has gotten injured etc.

There has been engine enhancements in regards to attacking play when watching games. Players will now make more intelligent and realistic off-the-ball runs during attacking phases of play, which has resulted in the decision-making improving in the final third. The changes to attacking movements are influenced by your own instructions as well as the opposition’s which can determine what type of off-the-ball runs and attacking moves are made by the players on the pitch. 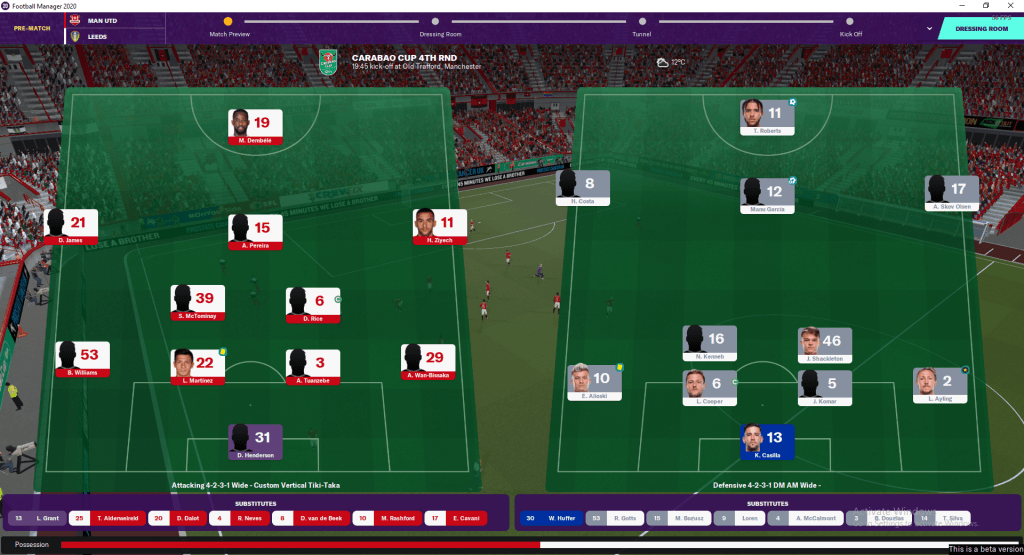 Football Manager 2020 hasn’t really changed on the eye. It looks very similar to last years release in terms of layout, style & colours etc but that’s not a bad thing. It’s more behind the scenes action, the new features and all the teams/players updating. There is a graphic improvement this year with the upgrade to the human modals. Sports Interactive have reworked the base model to make it look more lifelike, with a more realistic anatomy and bone structure which results in much better player & manager appearance.

Another improvement is kit textures looking more realistic, with “clothing that drape more naturally over the model and features creases and folds, and to ensure that they move more naturally with the player”. Manager avatars have been updated as well. 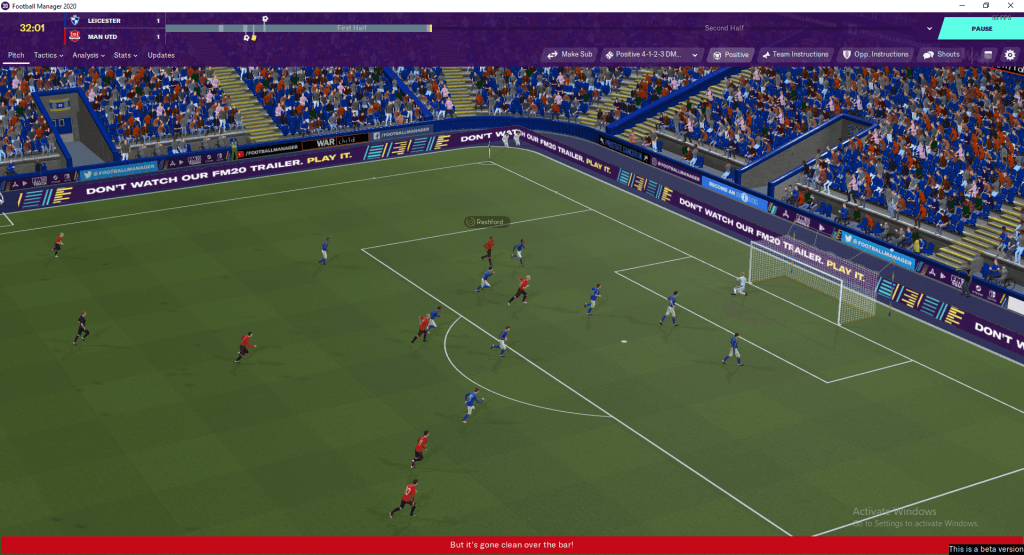 I encountered 2 issues on my 45 hour playthrough, which was right before a match starts when you have the option to answer the pre-match questions. Sometimes selecting “Send assistant” wouldn’t do anything, other times It would proceed into the match, so sometimes you would manually have to start the match. Another issue I had and have seen on other years releases from other players mentioning in forums was the game crashing quite a few times, giving me a “FM 2020 Memory Warning” warning message, which was odd.

Not much to say for the audio in Football Manager 2020 as nothing has changed that I noticed. The only sounds you hear are when you watch your teams play a game, but I always mute the sounds personally as I usually have something else playing on in the background. 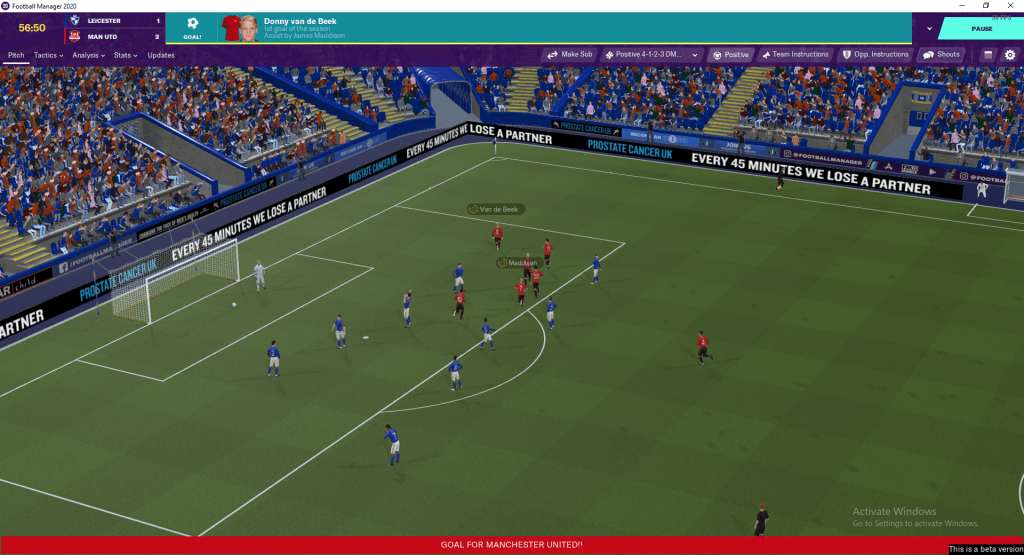 Well what can you say about the longevity of Football Manager 2020, quite simply it’s a game where you can spend many hours, days, weeks and months playing. I just checked Steam, and I have racked up 932 hours which equates to 38.83 days (useful info there) since Football Manager 2016. I tend to usually play in stages, where I will constantly blast out a new career for 2-3 months, then not play for a couple, then get back into, you see the pattern there. Football Manager has been and will always be a very addictive game, and I love it immensely. 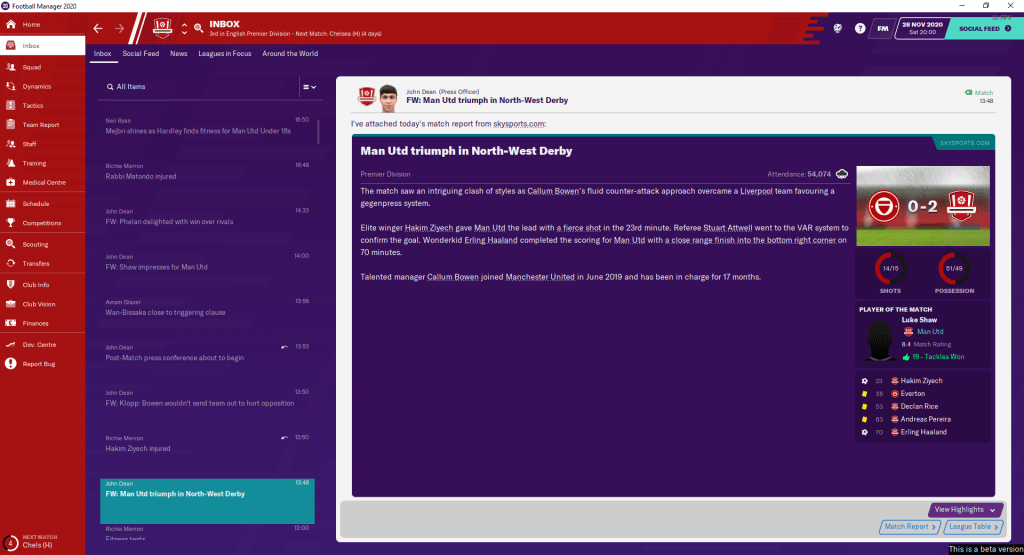 I am hugely enjoying & extremely addicted to Football Manager 2020 this year. I am not sure why in particular as I get every years release. I think its because I didn’t rack up a lot of hours on FM19 so I am now back with a vengeance with excitement more than ever. The new features make the game far better with the detailed information more at your finger tips, and with the matchday games becoming more and more realistic, its just another very solid playthrough.

Football fans that enjoy management sims and that are dedicated to the series will continue to enjoy what Miles Jacobson & Sports Interactive have released this year.

Are you ready to take the reins of one of Europe’s elite teams? Or are you willing to manage a lower league club in an attempt to bring them to the promised land? The decision is entirely yours.