Good Morning / Afternoon / Evening fellow gamers (wherever you may be)! I’m going to be completely up front with all of you before I even start this review. I don’t fish, I have never fished and I have no interest in starting any time soon.

Why am I telling you this up front? Because I don’t want to be the reviewer that pretends to understand something when I have no real idea of any of it. On a positive note, it does mean the review is going to be based purely on the game and not on any prior interest in the sport.

So does Fishing Sim World reel me into the world of fishing or leave me to drown in my sorrows?

Fishing Sim World is the latest release from Dovetail Games, It’s exactly what is says on the box. A full on simulation of Competition fishing across a number of the most well-known fishing locations throughout the world.

Upon starting the game the first thing I was presented with was a character creation mode, although really it’s more of a ‘choose a character’ screen. There are very limited option for creation, a few face models and male / female. The rest is just style options such as hair and clothes. 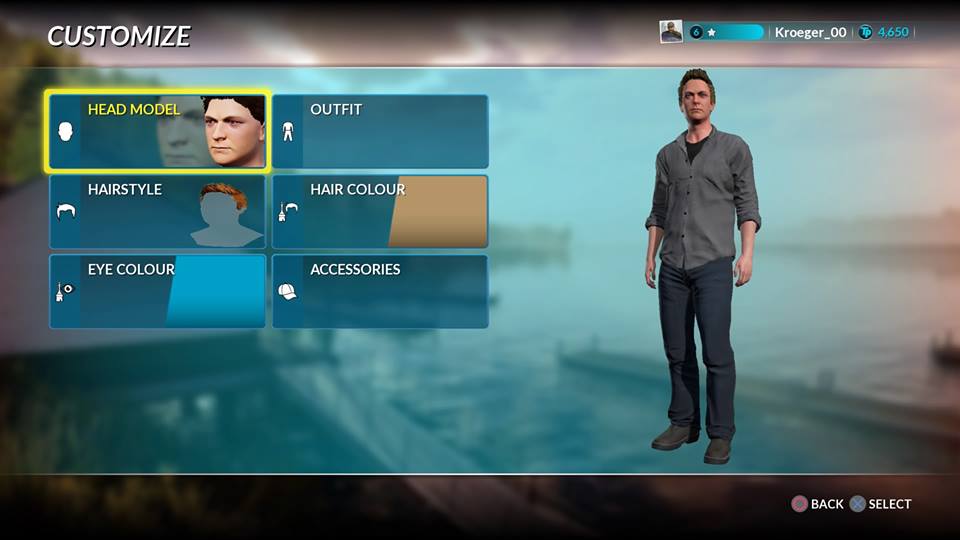 There are a number of outfit options etc. that you can purchase through the game to keep you looking your best, however they don’t offer any kind of perks. 100% purely cosmetic.

Once I created my fisherman I was let loose on the lakes with my rod and tackle (No… not that! My actual fishing rod… get your minds out of the gutter people!). This is where I think a little more of a tutorial would be nice… well any in game tutorial at all really.

Before going out and catching the odd rubber boot, I thought maybe I should have a look over the gear and see if I can get a little more information on what options there are and how to use them. I got completely lost here (this is the part where someone who knows their fishing would absolutely thrive). There are a minefield of combinations and options, all of which tweak your rig to suit certain conditions, styles and fish. 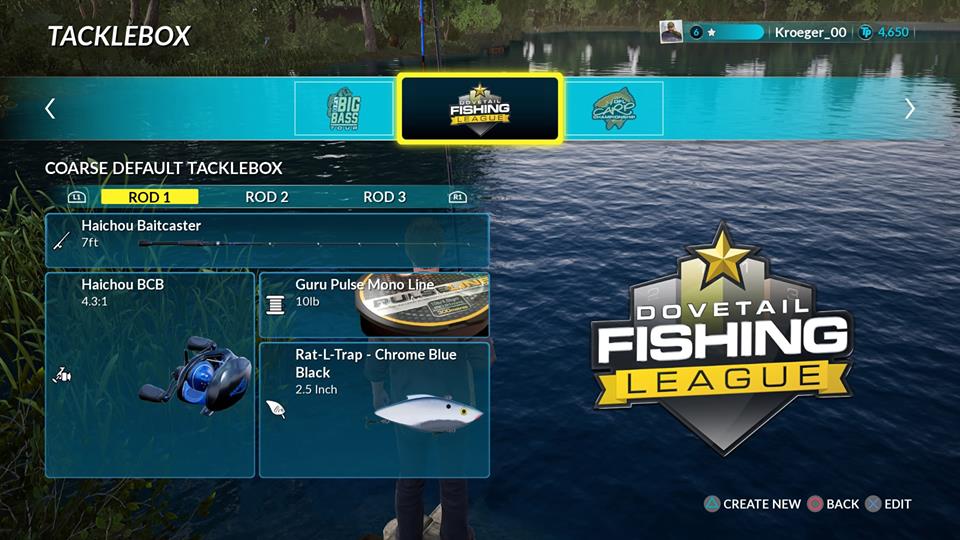 As I have no knowledge of these things I decided to go with the default suggested rig and see if I could pick it up as I went along, so I set it to the easiest options for everything (basic casting etc.) to give me the greatest chance of catching something and away I went feeling confident (well sort of).

The control system itself is actually very easy to pick up and before long I was catching fish, nothing huge, but it was a start. I had learned how to set up multiple rigs and had 3 rods on the go as well as baiting the area as well.

Depending on if you pick total Casting control or basic control you can select between using a power bar option or the analogue stick to cast out. Both actually work really well and feel fluid and the rods are very responsive 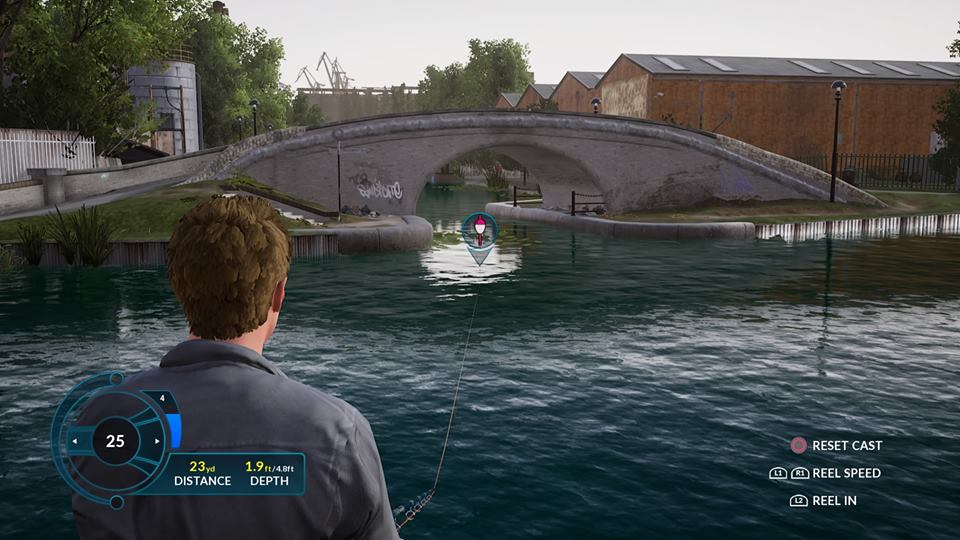 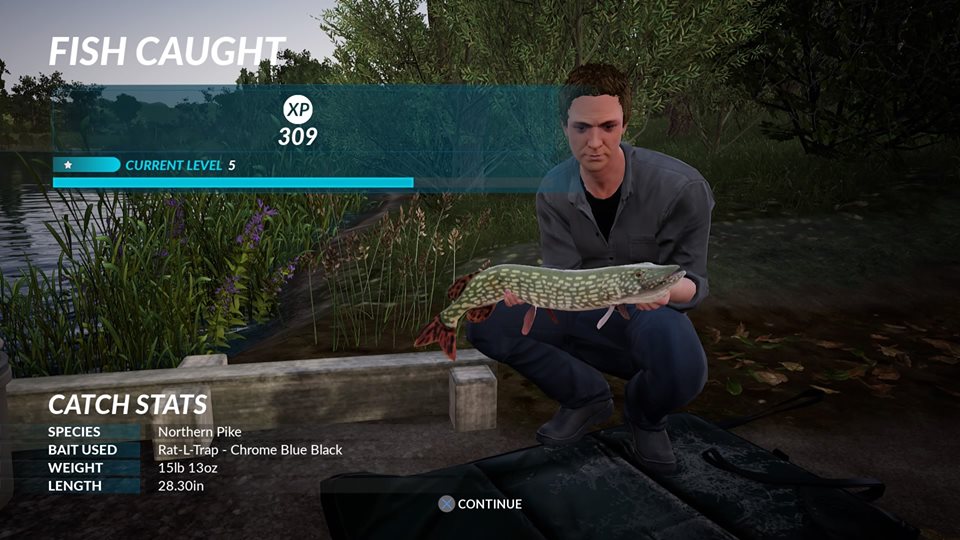 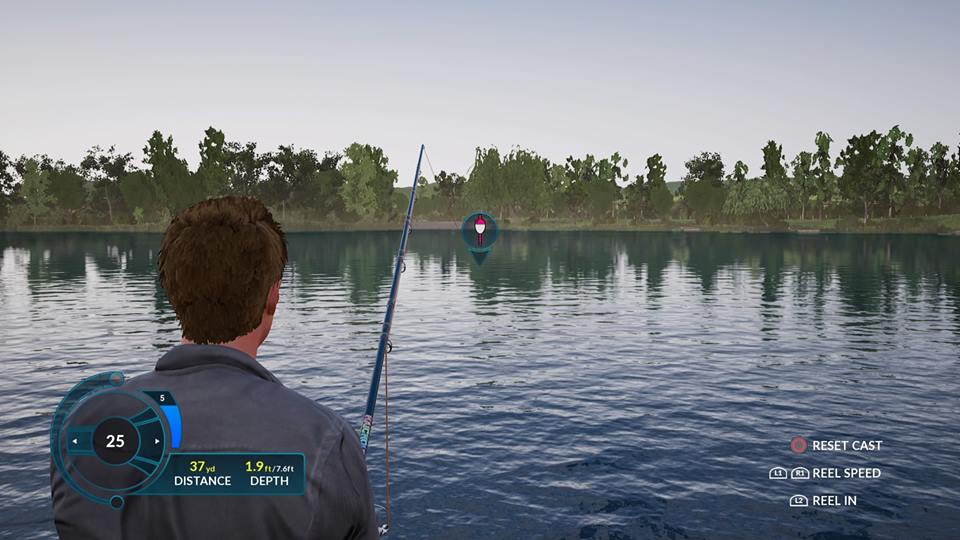 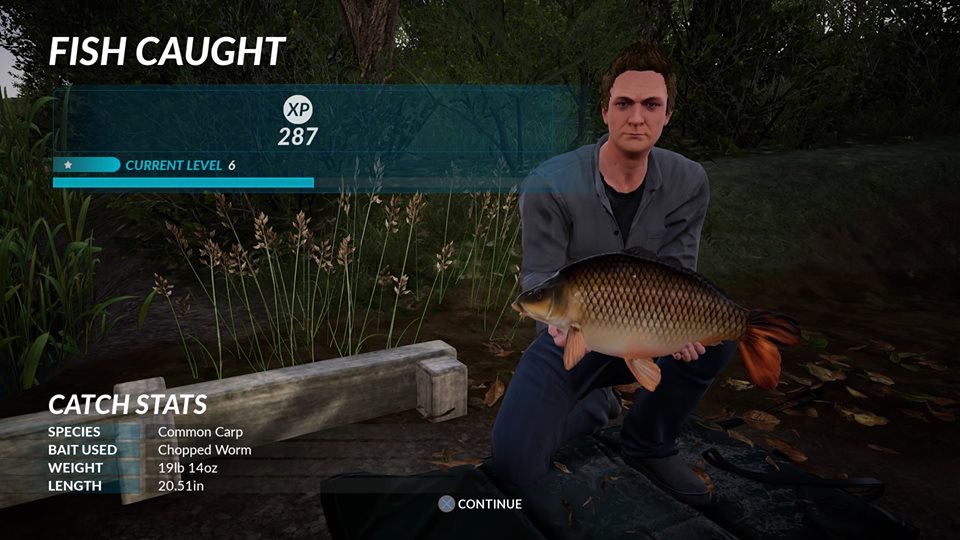 While playing I started to wonder if the PlayStation Move Controllers would make a nice addition here as you would be able to better mimic the rod action rather than using an analogue stick? (Something to consider possibly in the future Dovetail?)

After catching my fish and getting comfortable with the controls I thought it was time to get involved in some competition. This is when things started to fall apart for me unfortunately. Every competition I finished in dead last with nothing caught.

I fully believe that it’s down to my lack of knowledge rather than any issue with the game. Let’s be honest if you sat me down at a lake with a real rod and tackle it would be a similar result so in my eyes it’s a rather accurate sim.

All in all the gameplay was actually pretty fun, but it really isn’t something I could recommend for anyone doesn’t have at least some experience in fishing in these different situations.

I didn’t do so well at playing the game, did it at least shock and amaze me with its landscapes and visuals? Sort of…

The game looks as I would expect any current gen game to look, yes its very well done and the scenery looks really nice, the water textures are reactive to your movements and it all does exactly what I would want it to. But it doesn’t ever really excel, there isn’t any time where I sat back and thought wow this is incredible.

The lakes and venues are open to explore, you can travel around by foot from one spot to the next which makes for a nice little bit of exploration, but again nothing that really jumps out at me as unbelievable. 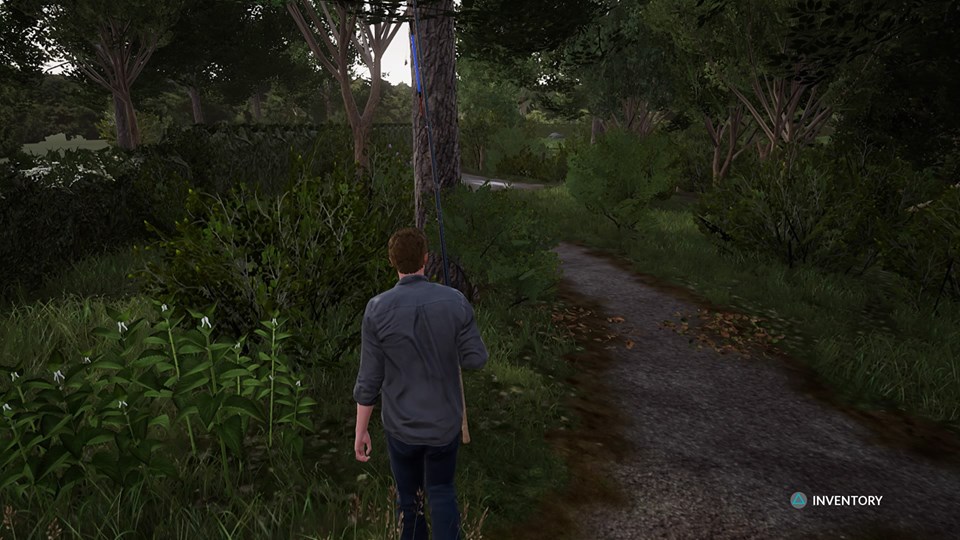 The one area that I thought could’ve used a little more work is the wake around the boats that you use on some of the larger venues, no matter how many times I used the boats it always looked fake to me which is a shame when the water reacts so naturally in other places.

Given that 80% of the time you’re sat waiting for a bite, it would have been nice to have really incredible visuals to look at, but after a while it felt rather boring and repetitive.

Well the voice acting here is amazing… oh wait, there is no voice acting, its fishing… so all you have are the sounds of the wind through the trees and the silence with your own thoughts as you wait for the fish to bite.

Given the lack of any real audio due to the nature of the game I was a little disappointed to find that the boat engines don’t really react to any input, it’s a very generic sound. Given my issue with the graphics was also related to the boats it makes me wonder if the boats were perhaps a late addition and as such had less time spent on them.

Fishing Enthusiasts will definitely be able to play this game for hours and hours, all the options of equipment in the store to purchase along with new boats and all the locations each with multiple trophy fish to hunt for, Fishing Sim World has it covered.

The down side is that I don’t see this game appealing to casual gamers for very long given the lack of any real help to understand the setup and how best to start.

Fishing Sim World is definitely a mixed bag, but that is more a comment of what you want from the game than there being anything bad about the game itself.

If you’re a casual gamer or someone looking to try your hand at a fishing game I don’t think this is going to be the one for you. There’s definitely an expectation from the start that you know what you’re doing and I think a lot of people may find that off putting.

Sure it has the odd fault here and there, it doesn’t really jump out of the water demanding attention but it’s a very solid Sim and one that any fishing enthusiasts should enjoy.

Given my personal experience with Fishing Sim World, I feel the Thumb Culture Silver Award is fair.

Had there been a better tutorial to help me understand the elements of the game then it could have been higher and probably more enjoyable.

Dovetail Games brings us Train Simulator 2018 on the PC, the cunningly named sequel ...

Train Simulator 2018 launches onto PC with a choo-choo, new-new, launch trailer to kick ...