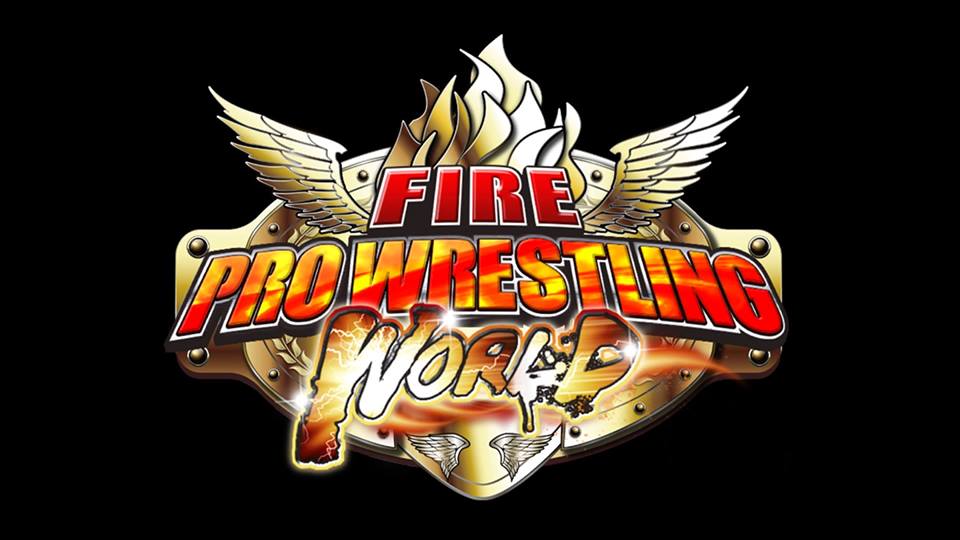 Fire Pro Wrestling World from Spike Chunsoft has finally made its way over to the PS4. It’s very much a niche title and the good thing is that most people will know from the title and a screenshot if they will enjoy it.

Fire Pro Wrestling World slots very nicely into the 2D Wrestling game genre and aims to fill that void in today’s market… The question is; will it Suplex its way into new gamer’s libraries or should it finally submit to the modern day 3D games?

Fire Pro Wrestling as a franchise has been around since way back in 1989 and definitely has its own fan base that would be salivating at getting a new game in 2018 on a current gen console. As a fan of retro gaming in general this franchise has always peaked my curiosity and since I was a huge fan of the 90’s WWF games (RAW, Royal Rumble etc.) the look of this game instantly grabbed my attention. 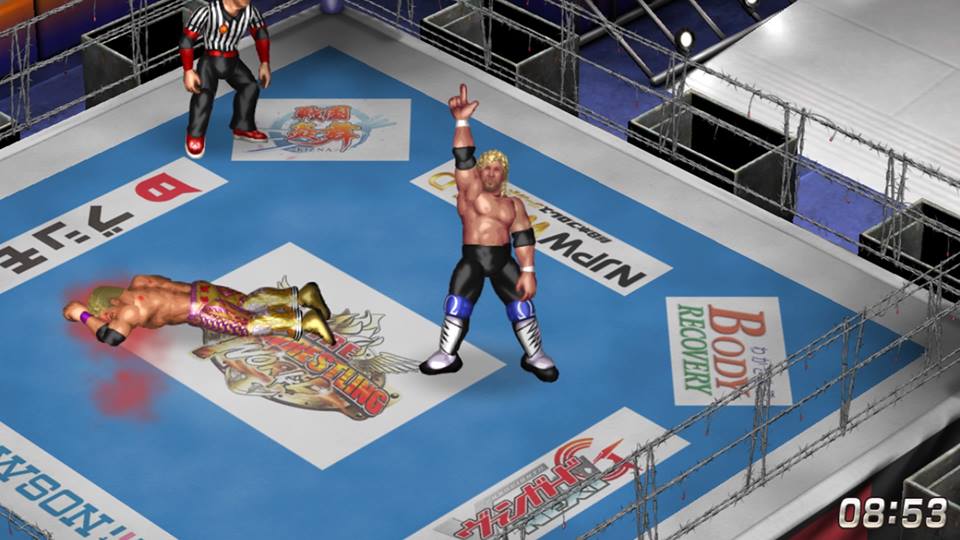 For any newcomer to the series the game can be brutal. From the moment the bell rings there is very little to no hand holding, with the only cues to your characters stamina and health being visual reactions (meaning no health or stamina bars here).

There is a ‘tutorial’ section as such, however this is under the missions section and it’s easily possible to overlook. Once you find it and get used to the in game system it’s much more enjoyable and personally I prefer this method as your focus is completely in-ring instead of on a health bar in the corner.

For any fans of the New Japan wrestling scene you will really enjoy the career mode (or Fighting Road as it’s known in the game) as you get to create a character and work through the ranks from a rookie to the world Champion, crossing paths with some of the most famous wrestlers the NJPW has to offer.

This isn’t to say that it isn’t fun for those who aren’t fans of the Japanese wrestling scene as the character customisation is extremely flexible. You can create literally hundreds of characters (there is even a trophy for creating 100 characters). So feel free to create a bunch of those 80s, 90s or even 00s WWF/WWE/WCW/ECW guys instead if you want to. 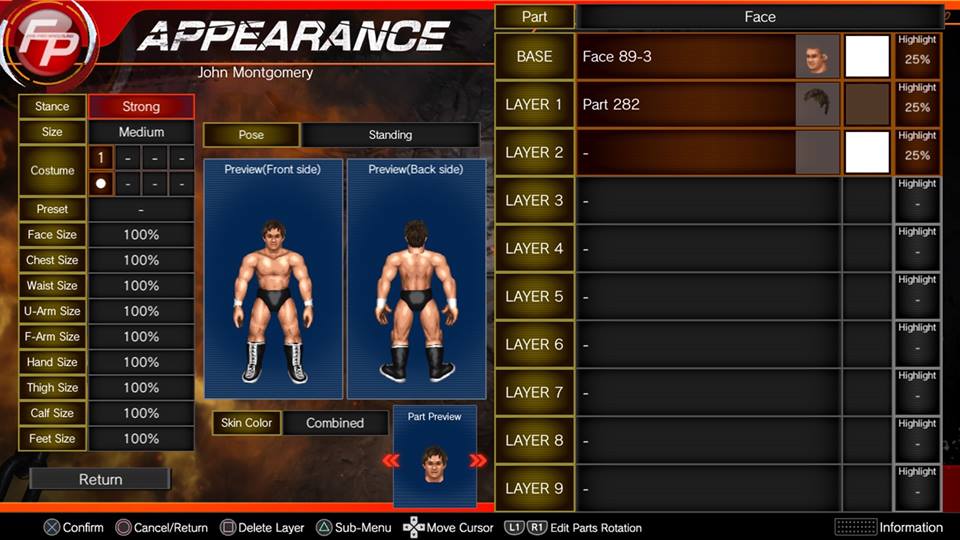 Now once you have your character created and you’ve stepped inside the squared circle then it’s time to get used to the controls. Luckily here there isn’t much to get used to, it’s more about timing than fancy button combinations. It’s a simple Light Attack, Heavy Attack, Finisher, Irish whip (throw into the ropes for any uninitiated) and L1 is the breathe button to regain some stamina when needed.

There are some variations here such as pressing Up with Heavy attack will perform a different attack than Down with Heavy attack etc. (all of which can be customised within the move set option of character creation). There are also taunts which can be used with the right analogue stick (keep an eye out in the listings for a few very recognisable ones).

Overall the gameplay is well suited to this style and if the controls were any more complex then I think it would definitely lose some of its appeal.

Well, Fire Pro Wrestling World won’t be winning any awards for best graphics this year. However, for most of us older gamers this 2D ‘old skool’ style of graphics is very appealing and actually a big reason that I wanted to play this game.

The retro feel of this carries right through the game, not only in gameplay but also during the career mode ‘cut scenes’ which are the classic method of still images with text instead of audio (mainly because the audio would be Japanese). But it keeps that nostalgic feel right through. 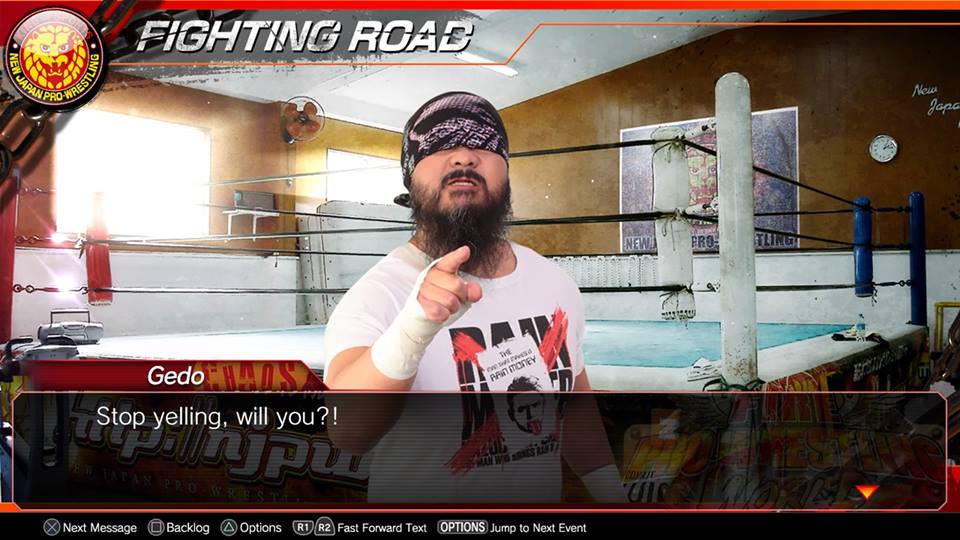 One of the best things with a game using pretty basic graphics is that it minimises any glitches and frame drops making for a nice smooth experience. No different here, I haven’t seen anything that would detract from the enjoyment of the game and the experience overall.

This one might be a bit of a marmite experience for some people. The bulk of the music included is based firmly in the Rock / Metal genre and as such if you’re not a fan you might want to play this game on mute.

Given the only other real audio is the character sound effects here and there during the match (which aren’t overly ground breaking). Overall it’s very 90’s in its feel but that’s perfectly fine with me!

As with any wrestling game it’s more about personal enjoyment than the amount of things to tick off a checklist. This makes it a different experience for each gamer in terms of how much time they spend within the game.

Some people will complete the career mode and then put the game on the shelf but others will make the most of the creation section to re-create wrestling moments of the last 30 years and as such put hundreds of hours in.

Personally I will more than likely keep going back to it every so often as it’s definitely a fun game that works in either a 15 min game or a 2 hour game scenario.

Fire Pro Wrestling World is a very solid entry into the FPW franchise and is definitely a game that both retro gamers as well as wrestling fans will enjoy.

The lack of well-known USA names might put some people off but I really want to highlight that the creation mode will help bypass that with a little effort.

Is it something that is going to eat away at hours and hours of gaming time? No, but it’s definitely a game that will I will keep going back to for a little FPW fix on a fairly regular basis.