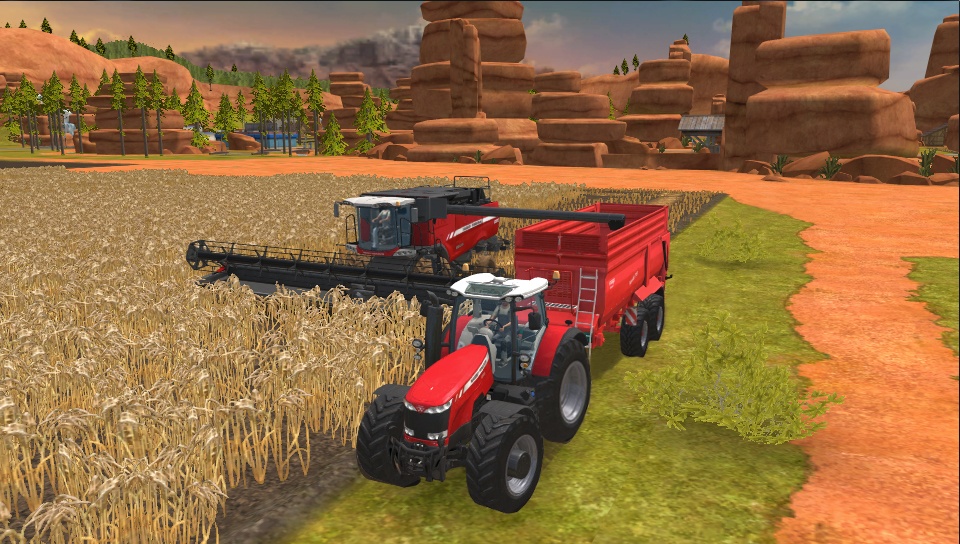 Farming Simulator 18 hits the handheld market this week, this review in particular focuses on the PS Vita. Released by Giants Software the game brings a scaled down version of last years release. However with the scaled down version it leaves a couple of features out.

Farming Simulator 18 has a generic gameplay engine and it’s back in force on the handhelds. Take control of a number of tractors, combine harvesters and forestry equipment and head out into the fields.

To give you a summary of what you will spend most of your time doing. You cultivate fields, then seed them, wait a little while and then go and harvest the crops. Then you can either store them in your silo’s or you can sell it all straight away and make money. Essentially this is one of the main ways you earn money playing through Farming Simulator 18. The other ways are by chopping down trees and selling them, or by selling products from one of the animals you can have on your farm. Well not exactly on your farm. The whole map seems to be your farm, this is something that I feel lets the series down.

Essentially in the particular area you are farming in, there isn’t a defined area to your farm. You can purchase fields to extend your farm, but if you so choose, and I’m not sure why you would, you could have them in opposite corners of the map. With this brings the first issue with the game. When you purchase animals, be it cows, sheep or pigs, they are not local to your farm. Well the sheep seem to be, but the cows and pigs are a drive. Now whilst this is a small factor, if you are spending a few minutes driving to your pigs, then you have to drive back. With relatively slow tractors to start with this can be tedious, but fear not! You can hire people to do your work for you.

Head onto the map screen by hitting the icon at the top of the screen and you are greeted with an overview. On here you can see where all your fields are, which are ready for harvest and also where your equipment is situated. Hit the steering wheel icon in the bottom right and you can then choose a destination for one of your helpers to head to. It’s as simple as that. Be aware that this does cost you, and if you are like me and get helpers to help wherever you can, this can deplete your cash quickly.

Fear not, as every now and again you get notified that there is a job available. These are generally a pick up and deliver job. So head to a particular place, hitch up a trailer filled with a crop. Then head to its destination and pocket a nice bonus. You are also notified when a particular business really wants a particular crop and generally they pay over what it is currently worth. 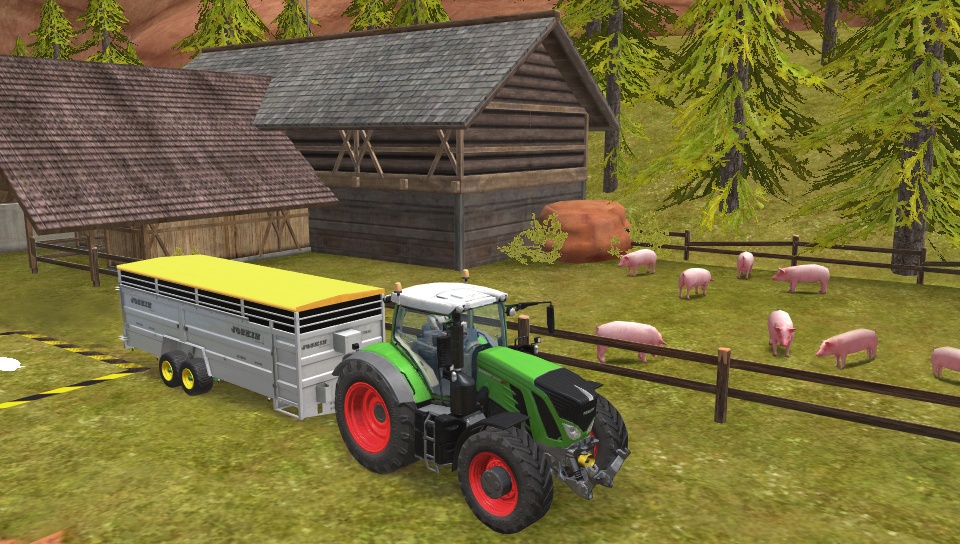 Interested in the stock market, well farming sim also allows you to dabble in selling shares, I mean crops to the highest bidder. Head onto your prices page and you are greeted with the current costs people will pay for crops. When you start the game you have silos full of crops. A massive recommendation is to sell all of these crops to fill your bank balance. To get the best price you have to see who wants it the most. With the prices going up and down regularly if definitely pays to keep an eye on these and plan your crops accordingly.

There are so many little features that will help you become a profitable farmer. Most of them come when you get further into the game.

Farming Simulator 18 does have a downside, and this comes in the lack of mod support. On 17 we had the brilliant mod library. With community members creating some great additions to the game in the form of maps, vehicles, machinery, in Farming Simulator 18 this isn’t the case.

Farming Simulator 18 brings great 3D graphics to the handhelds. With each of the over 50 tractors and machinery models looking accurate and individual. You are greeted with a great looking game. While it’s not as good looking as the bigger brother Farming Simulator 17, the PS Vita in particular looked great.

The environment that you find yourself in is also well defined. Based on the South US you are greeted with running water, large mountains and plenty of buildings. My one complaint with the graphics is that sometimes you do get some clipping when you get a bit close to the machinery. Although this doesn’t detract from the game itself. 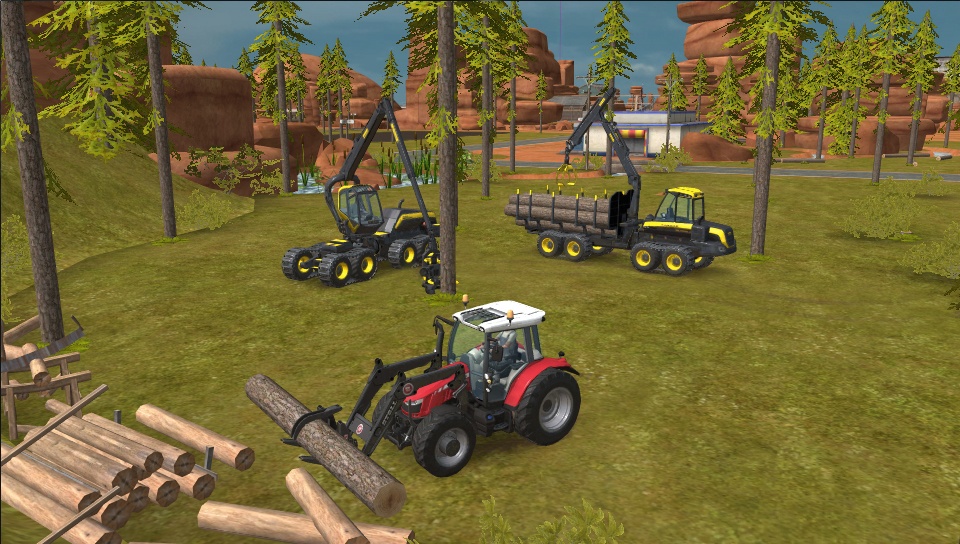 The audio of Farming Simulator 18 is nothing really to get excited about. With engine noises and environmental sounds being the general elements you will hear. It’s perfectly functional and that’s fine. The intro music gets annoying after a while, and you will not want to spend time looking at the menus for this reason.

With plenty to do on Farming Simulator 18 you will be able to spend many hours cultivating your crops. In general of all the Farming Simulator games that I have played I generally last a good few weeks before I put it down, however with this handheld version you are able to play on journeys. So if you have a commute to work, or are heading on a long trip Farming Simulator 18 could very well be the best companion that you could take.