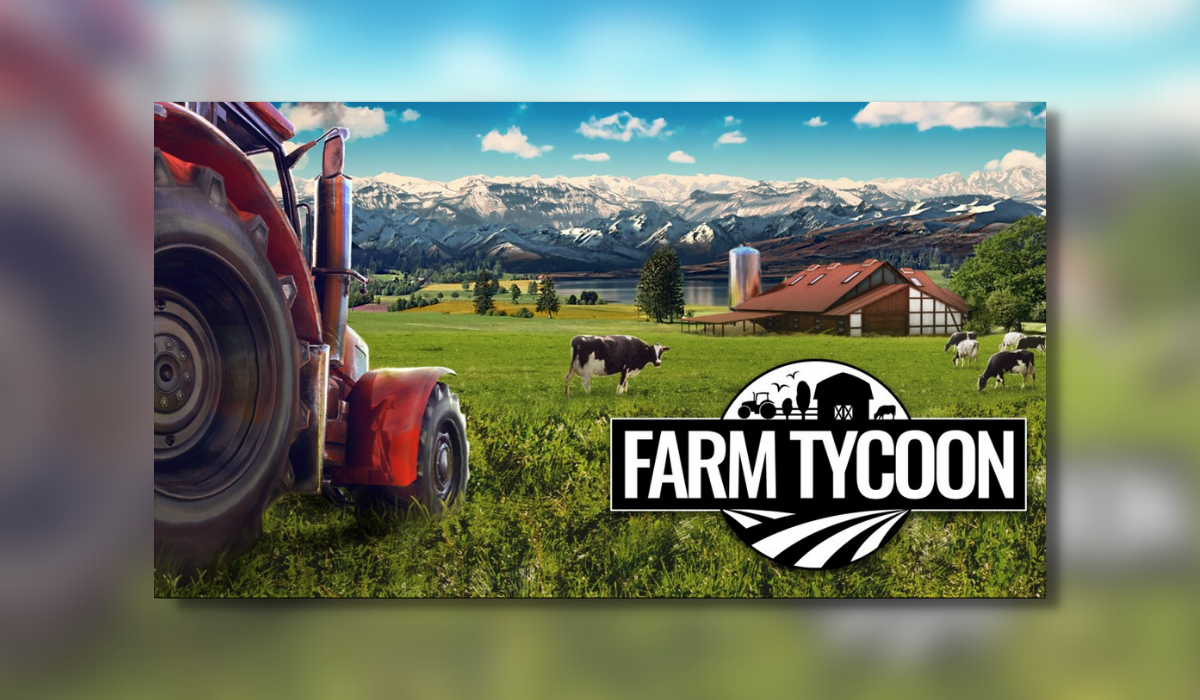 Developed and published by Sonka Games, based on the original game by Cleversan Games. Released on May 27th 2022 this port to Nintendo Switch will have you ploughing, sowing, fertilising and tending to your animals. Then the rest, all while counting your pennies. So be prepared to break a sweat with this Farm Tycoon Review.

Farm Tycoon – Hiring People To Do The Hard Work

Due to my current fascination with farming simulation games I was eager to give this a try. My first surprise was to find that it looked real and not at all like the other games I thought were all in the same category. Such as Stardew Valley and Story of Seasons: Pioneers Of Olive Town. Yes, I realised my error but ploughed on regardless. And to be honest, grew quite used to being the one looking from above and giving instructions.

As I mentioned above Farm Tycoon is not the same type of game as those I was used to. So I confess it did take me a while to get used to the controls. There is a tutorial which directs you on which task to do next and plenty of hints on which button to press to perform each function but sometimes it did leave me hanging. Such as the direction to hire more staff in Autumn but with no clues on how to do that. I admit I gave up and restarted the game on Casual mode.

Casual mode is not too different from Normal mode as far as I can tell except that with the previous knowledge I had of my initial attempt I noticed  I had my chicken coop ready earlier than the last time and I now knew how to hire staff. There were still the same hints and tips in the tutorials. The function to speed everything up and slow it down again is also useful. Though it did take me hours and hours to work out how to pause the game to save it.

After growing confident with the casual mode on Campaign I gave Scenarios a try and realised it was kind of doing the campaign but with different challenges to complete. Then I discovered Free Mode and suddenly it felt like all the ‘training’ had been worth it. I knew which building and fields to create first and machines were already available. I chose the middle amount of money offered to start with and so far feel like I am in no danger of running out.

There are still some icons I have no idea about what they mean. The lightning one in some of the staff descriptions for example. Now I am not letting all these little niggles detract from my final thought on the game as it is enjoyable and has in no way put me off carrying on playing or indeed trying other games of the same ilk.

Once I worked out all my errors and learnt how to be patient – after all, I wasn’t walking along planting one square of field myself – and wait for my staff to do their jobs I found Farm Tycoon to be a very engrossing and enjoyable way to relax.

The graphics look real rather than cartoon, anime or the rather fashionable 16-bit pixelated graphics around now to promote nostalgia. This fits with the real world type of farming the game is designed for. I was playing on a Switch Lite so even zoomed in everything looked quite small and far away. On television, I believe they will look better and the staff may be distinguishable from each other.

I liked the audio a lot. The birdsong and the realistic sounds of hammering and sawing when buildings are being repaired are great. They brought a smile to my face as I would wish I lived in the countryside.

There is no background music either which I find really refreshing as I tend to have to turn the sound down on most games after a while, but not on Farm Tycoon and it may not be to everyone’s taste but I am grateful. Or I would have missed all the lovely cow mooing.

Farm Tycoon is a game with plenty of life in it. There are different modes available to keep players interested. Straight out following instructions to get your storm damaged farm back on track. Then the scenarios that help develop the farm in certain ways to solve issues that arise.

My favourite Free Mode lets you build and manage the farm just as you like but contracts do come up as friendly ‘bets’ with the neighbour over who can ‘breed the most turkeys’ for example.

The ‘bets’ can be rejected if you do not want to have any turkeys on your farm etc. They seem to be guidance rather than instruction.

Farm Tycoon is a game that has a lot of menus to read and tags to find and there is a lot of planning to do. Thankfully you do get the time to strategise as your staff work for you. At first, it seemed there is a lot of trial and error, but such is life, and as you explore the available modes it becomes much easier to find what is needed.

I feel I would be doing the game a disservice if I rated it alone on my own ignorance coming into playing it. If players who are used to this genre dove in I am sure they would understand it more than I and as I said earlier I did enjoy it and get involved but the struggle at the beginning did put me off.

So therefore I am giving Farm Tycoon the Thumb Culture Silver Award.