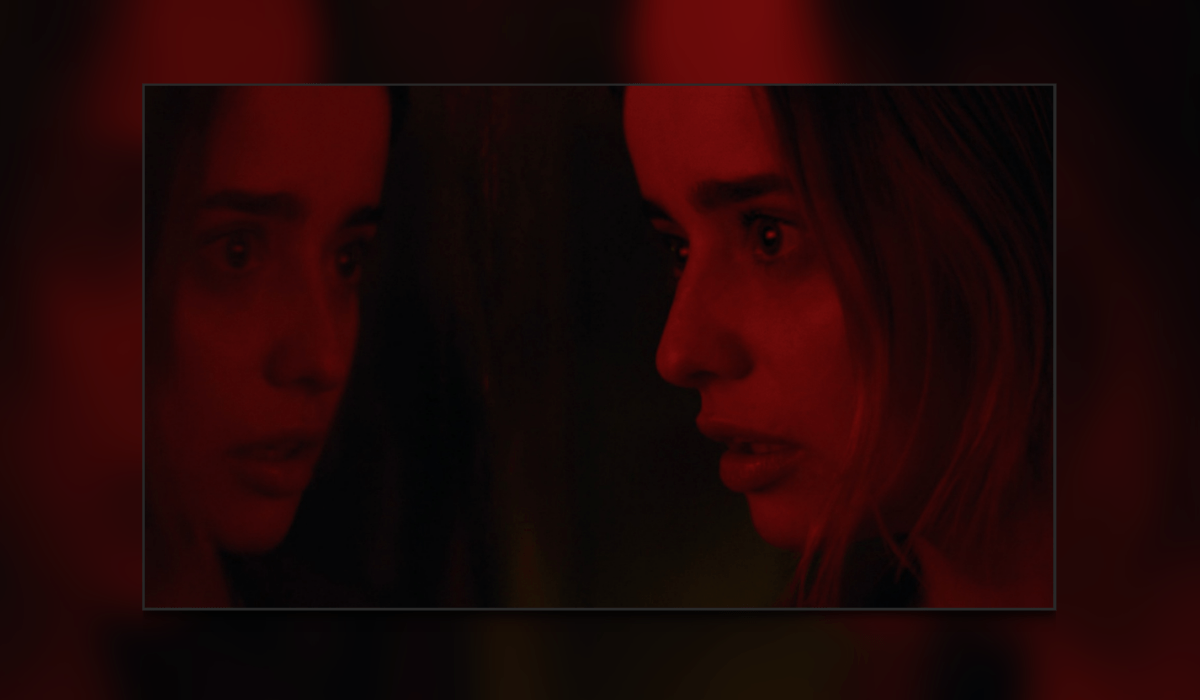 Published by Sony Interactive Entertainment and originally released as a Playstation 4 exclusive, Erica, an interactive thriller film, is now available on PC. Falling somewhere between a video game and a film, this feels like an evolution of the visual novel genre. I’d say the mechanics are somewhere between Bandersnatch and a Telltale game. Let’s dig in and see what Flavourworks have cooked up for us.

Have you played many full-motion video games? It’s probably not many people’s favourite genre. What do you think these games could do to boost their profile and appeal? Leave a comment below with your thoughts.

Erica opens with a scene where she and her father are discussing Erica’s mother. Here we learn that her mother and father met when they were both working at Delphi House, a hospital. It is also hinted that the mother could see into the future, like an ancient priestess who was marked with a butterfly. Erica also bears this mark and her father says he believes she is also magic. After a quick test involving some photos, we’re taken to a scene where Erica discovers her father, gruesomely murdered in the house. Finally, we jump to present day Erica.

The intro section above also introduces us to the motion controls. When an interaction is required, there’s a zoomed-in shot of the items, and a bright white glow indicates what mouse movement is needed. Open a lighter, select a photo from a line-up, twist a knob, push a door. The mechanic works surprisingly well given the format. Your actions move the objects through key-frames and you never feel like there’s a jarring transition between watching and playing.

As the story progresses in the present day, Erica is dragged into a murder investigation when a severed hand is mailed to her. This is a good time to mention that there are no content or trigger warnings at the start of the game. There’s a couple of jump scares and a fair amount of gore to be aware of before jumping in. The rest of the game involves Erica travelling to Delphi House and trying to unravel the mystery of the hospital, her parents’ past, and a strange reoccurring cult symbol.

Alongside the motion controls, Erica often presents dialogue and action choices to the player, allowing for scenarios to play out in a number of ways. Given that there are choices, the next question is “Do they matter?”. Obviously, there’s only so much footage and so many paths the developers can include. That being said there are 6 endings available and on any one play-through you won’t experience everything the game has to offer.

Erica is a strange game to review on a graphical and audio level, as essentially you’re playing an interactive movie. As mentioned, the transitions between playing and interacting, while noticeable, are not jarring. The prompts for action for the most part are also non-intrusive though stand out enough to spot. For the dialogue and action choices, I found these easy to read and where there’s a time limit the text melting away is a nice effect. There are a few moments where you are required to ‘wipe’ the screen, as if clearing steam from a mirror (which is how the mechanic is introduced). These are used to show memories of the same location and again the transition is done really well.

The sound design is great, just as you would expect with a movie, with the emotions of the scenes and characters accented beautifully with changes in the score. One issue I had was dialogue not playing when making choices. It seems the characters have lines that fill the dead space where you could be deciding which option to choose. When making my choice, the scene would progress but subtitles would pop up for lines that didn’t play. There was also a section right at the end of the game where the dialogue track was missing entirely. For that reason, I recommend playing with subtitles on to ensure you don’t miss anything.

A single play-through of Erica takes about 2 hours. If you want to check out all the branches and endings it’s going to take about 10-12 hours. That is likely to be over a fairly long period of time though unless you like to watch the same film multiple times in quick succession.

One thing I didn’t mention in any of the sections above is the acting. Holly Earl, who plays Erica, is fantastic in the role. She doesn’t get to show a massive range of emotions through the story but the work she does do is great. The supporting cast are also brilliant for the most part.

I recommend picking this up and experiencing it if you are a fan of either FMVs or visual novels. Given all that, I give Erica the Thumb Culture Gold Award. 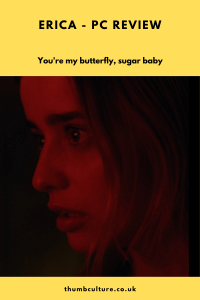