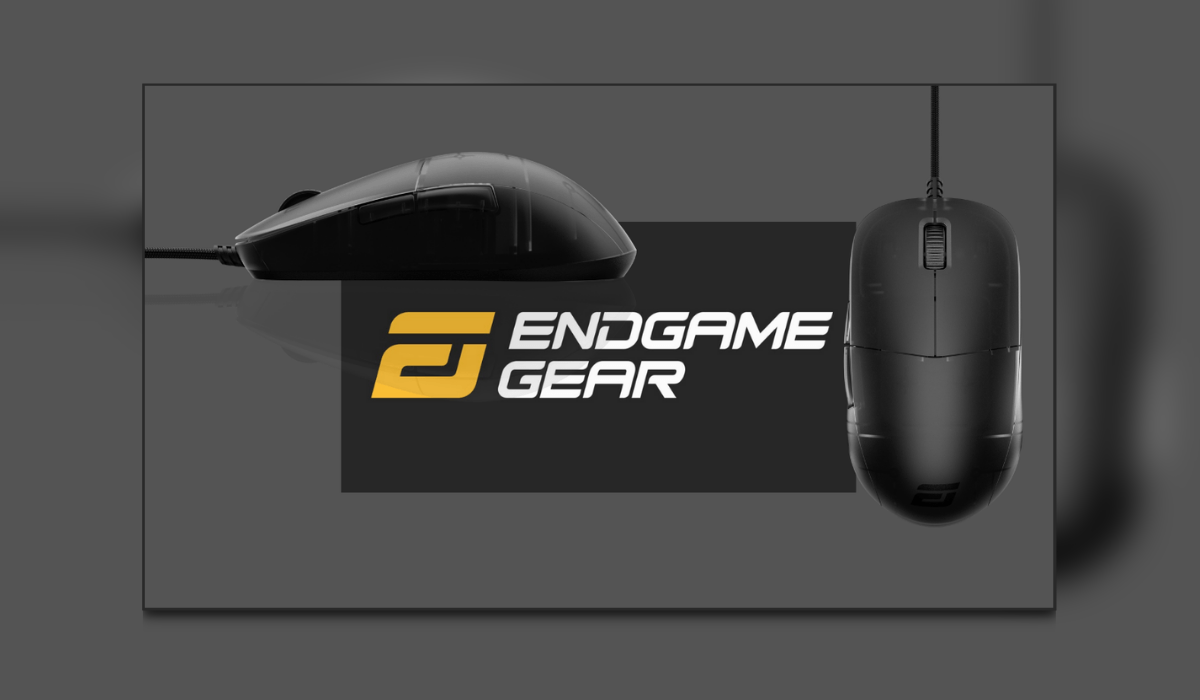 Endgame Gear I have to admit before the EndGame Gear XM1r arrived with me I had never heard of them. One of the reasons is due to my ignorance and being quite new to PC Gaming. The other is, I always tend to go with products I see in the mainstream. Endgame Gear is a Berlin-based esports and gaming accessories brand. Their current offering is based around mice, accessories for them and gaming surfaces.

Having always had mice designed for right-handed gamers along with myself having a hybrid grip type. I was excited to see how the XM1r faired up with its ambidextrous design. Have you entered the Endgame Gear realm yet? Let us know in the comments below!

Let’s talk about the Endgame Gear XM1r’s design first. I opted for the XM1r in Dark Frost, which has a translucent black matte finish. The XM1r has an extremely sleek finish and if your setup is based on looks over functionality then this would add to an extremely clean setup. The functionality obviously outweighs the look of this mouse, however, we will get to that shortly. 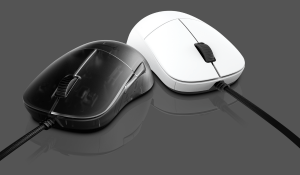 Unlike the XM1 RGB, this mouse has no visible lighting whilst in use. However, the underside of the mouse houses 2 light indicators based on the profile selected, so you know which setup is currently in use. The XM1r has quite a high arch and low front, with a subtle Endgame Gear logo just at the tail. Depending upon the choice of colour depends on how visible this is. On the Dark Frost colourway, it could go un-noticeable.

The Endgame Gear XM1r is armed to the teeth with functionality and bearing in mind its RRP is £49.99 the value for money is incredible. Let’s start off with the software. Currently, the XM1r configuration application is in beta, however, it is available for download via the EGG Discord. It is an extremely clean app with what I would describe as standard items to configure, e.g the mouse buttons. However, what makes this app different is you can configure 5 custom profiles and set each one up to a corresponding colour. The profiles are easily selectable using a button underneath the mouse. Not only this but you have free range when it comes to DPI. Obviously, I set it to the max at 19000DPI and I couldn’t keep up but the range of DPI is there to fit your gaming style or game. 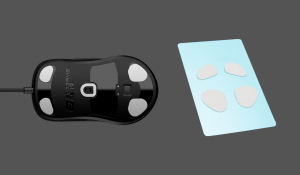 There is also the ability to customise the lift-off distance (up to 2MM). So for those gamers who have an aggressive playstyle this setting will hugely assist on gameplay as you won’t hit the dead spots when the mouse is lifted. Amongst the above, you also have ripple control, angle snapping and Input selection (this is currently unavailable in this build). The devs are constantly working on the mouse and take into account what the community has to say. 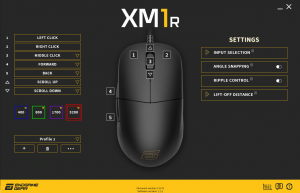 Looking at the more technical specifications of the mouse that I haven’t mentioned above. The XM1r is super light at only 70g and has 6 buttons available including the scroll wheel. The lifetime of the buttons is a massive 80 million actuations and has polling rates of 125, 500 and 1000hz (default). When it comes to the right and left-click the Endgame Gear XM1r uses Kailh GM 8.0 switched and a Kailh tactile switch for the scroll click. Both of which have great reputations in the mouse community. It also boasts a high-quality sensor amongst other features mentioned below.

As this seems to get missed off on most mouse reviews or is a side note, I thought I would give grip its own section for this Endgame Gear XM1r review. For multiple reasons, my grip and the design of the mouse itself. My grip is almost hybrid, it’s not quite any of the three that are well known within gaming. Mine is almost palm with a pinch of claw but slightly more fingertip. Unfortunately, I don’t have great modelling hands to provide you with some page 4 hand model photos. 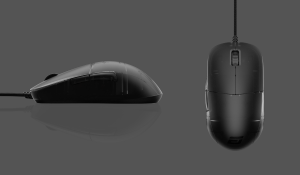 The Endgame Gear XM1r, claims to fit all grip types, I am not claiming this to be untrue. However, I feel like it would also be down to the size of your hands and finger length as well. The XM1r has an extremely comfortable high arch for palm grip and enables a lot of control over the entire unit. However, for fingertip and maybe claw to an extent the scroll wheel can feel quite far to the front.

Due to the XM1r’s finish, the mouse is quite grippy for all grip types despite it having a super smooth dry grip matte finish. Making it easy to manoeuvre no matter how intense your gaming sessions gets.

When it comes to mice, ultimately it can down to the individual as there are so many aspects that make up a good mouse for one person. However, I do feel that the Endgame Gear XM1r is that universal gaming mouse that can deliver for many. Due to its ambidextrous design and the design to potentially fit all grip types you are on to a winner if this is on your to-buy list. The one thing that could make this mouse next level is wireless, however, sometimes this can impact performance. If you are looking for an esports worthy mouse and have a smaller budget I highly recommend the XM1r. Therefore I give the Endgame Gear XM1r a Thumb Culture Gold Award.

Unfortunately there isn’t an XMR1r video to show you. However, the EndGame Gear community do recommend the MPX390 as a perfect pair for the XMR1r. Check it out below! 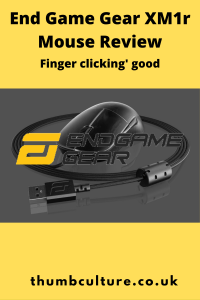